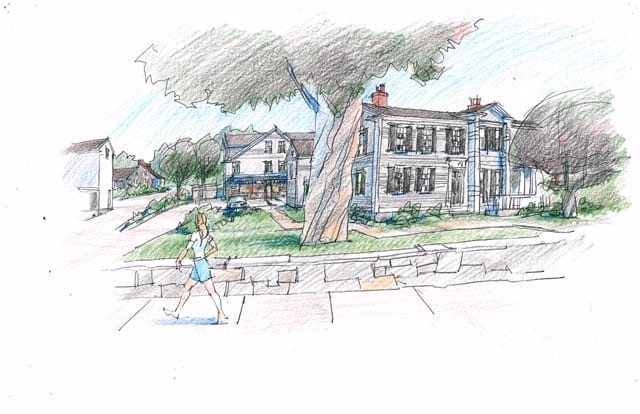 Another mixed-use proposal  for Hingham Square

The developer who 10 months ago proposed a mixed-use development at 11 Bank Avenue and 103-105 North Street in the heart of Hingham Square near the Post Office has scaled back the original proposal in large part due to abutter concerns.

"There has been a lot of discussion [about this proposal] and outreach to neighbors as well," said Planning Board Chairman Gordon Carr. 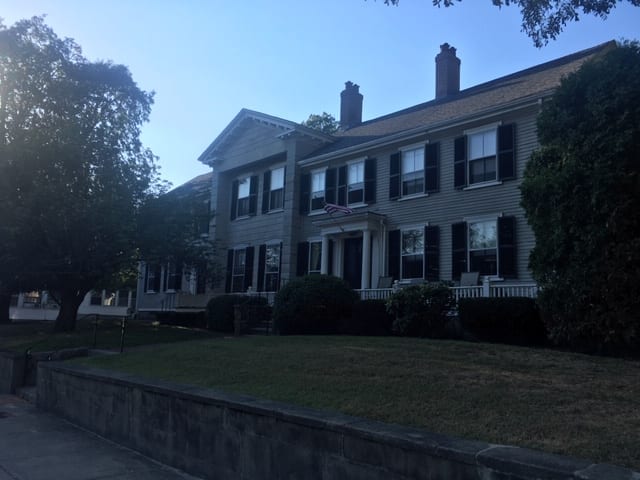 The existing Renaissance Leather shop will be demolished and replaced with a new building to house this residential/commercial development.

The residential building at the front of the property at 103-105 North Street will remain, as will the small carriage house already on the property. 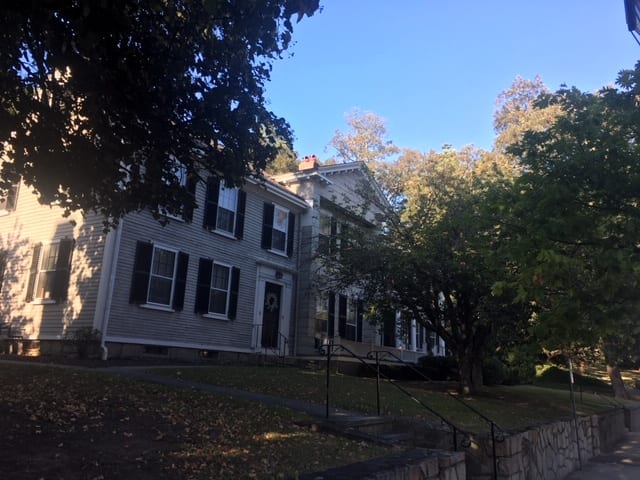 There was standing-room-only at the joint Planning Board and Zoning Board of Appeals hearing last night (March 25), when they met to review the revised plan. While acknowledging the changes and pleased that reports from neighbors indicate "productive conversations" between the developer -- JMGH Hingham, LLC --  and abutters, the boards are requesting more information related to on-site traffic circulation, the adequacy of the parking plan, the ability for emergency vehicles to access and exit the property and to have enough room to maneuver around the site, traffic and pedestrian safety, and other concerns. Hingham resident Vcevy Strekalovsky is the project architect.

Currently the plan calls for a one-way traffic pattern within the development with access from Bank Avenue and an egress onto North Street near the tricky North/South Street intersection, which has experienced more crashes than the state average at intersections such as this one, according to the developer's traffic consultant.

"This could be dangerous -- there's a lot going on in this area," said Planning Board Member William Ramsey.  "North Street traffic is tricky, and there's a lot of pedestrian traffic." Other PB members share his concerns.

Police Chief Glenn Olsson noted that the inadequacy of parking in Hingham Square comes up from time to time. "We need to get this parking issue right," he said. "I will continue to follow the process and share my comments at a later time."

Bank Avenue Resident Harry Wheeler said while he appreciates the down-sized proposal, he and other neighbors wish it could be even smaller. "Bank Avenue is a sensitive, delicate old road," he said, calling for a construction plan if the project gains approval. "There are a lot of serious issues still being raised."

He was among the abutters comprising a neighborhood group that sent a letter to the Planning Board and the  ZBA with a copy to the developer outlining their concerns about the proposed project last September. These included density, size, traffic, lighting, and other issues.

There will be landscaping throughout and trees planted to buffer the development from neighbors as well as green space. The hearing was continued to Monday, April 8.

Following the hearing Developer John Barry had this to say to the Hingham Anchor: "We've been working with town officials, boards, and abutters for 10 months and have dramatically reduced the scale of the proposal. We hope to address the questions raised tonight soon and to get through the Planning Board/ZBA process in the next month or so."

Other mixed-use buildings in the area include one planned for the former Settles Glass site at the corner of North and Station streets (recently approved) and the replica Lincoln Building at the corner of South and Main streets, which is nearing completion.

* Prior to the Bank Avenue hearing, Carr and ZBA Chairman Joseph Fisher announced that the hearing to consider a proposal for a new 2,070-square-foot Dunkin' Donuts restaurant without a drive-through window at 315 Lincoln Street -- the former site of an auto-detailing shop --  in front of the new Avalon Residences apartment building at the Hingham Shipyard, 319 Lincoln St., was postponed until Monday, May 6. 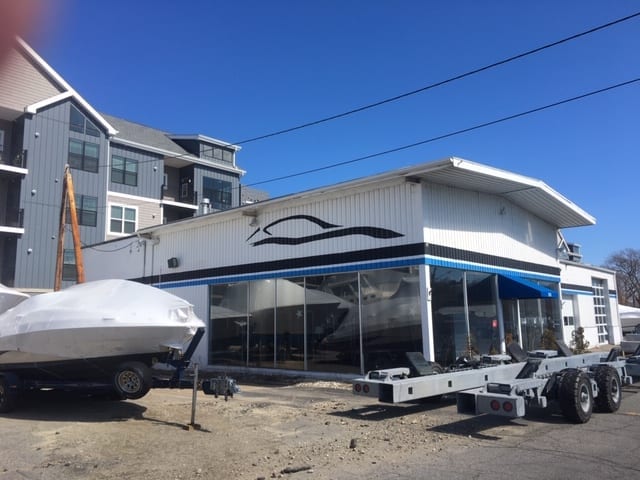