I don’t know about you, but when my pregnant wife, 2-year-old daughter, and I moved to Hingham, we came here with eyes and hearts full of what the future would hold for us. Before we bought our house, we saw a couple of kids walking down the street with whiffle ball bats, and we rolled the windows down and asked if this was a fun place to grow up. They were emphatic in their endorsements.

In a short time, our neighborhood “turned over.” New families, close in age to us, moved in, and those that were here shortly before us emerged. We made great friends with our neighbors, as did our children. I half expected Andy from Mayberry to stroll down the street with Opie on his way to his fishing hole.

When we had torrential rains that flooded numerous homes in our neighborhood, people we hardly knew offered a hand. A couple of years later, ice dams became the word of the day; everyone pitched in to help minimize the damage to our homes. 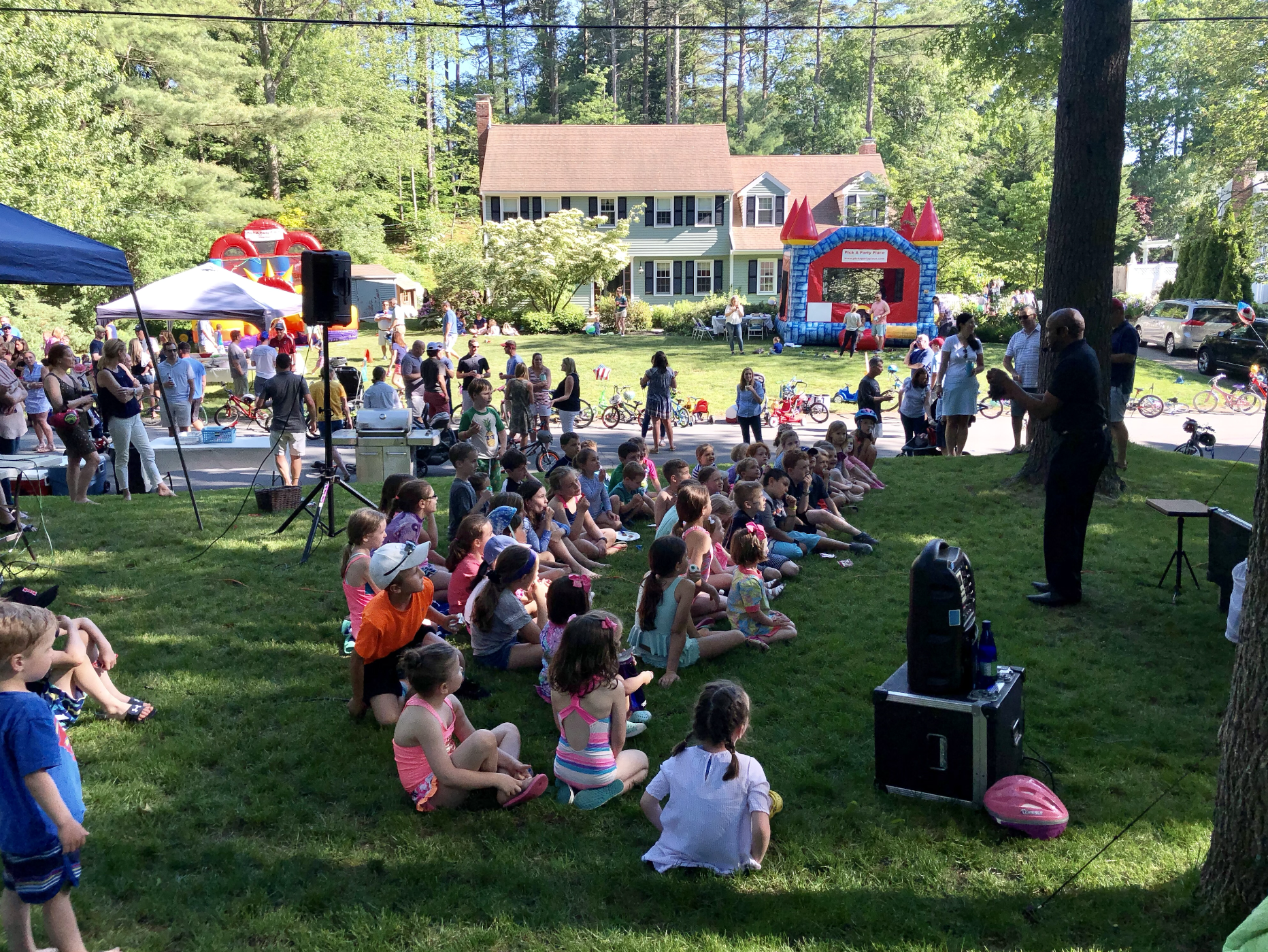 Our beloved beagle, Truman, often followed her nose and ran through the electric fence – a shock collar was no match for the chipmunk across the street. She was always returned by friends, new and old.

A committee was formed to host neighborhood block parties. One neighbor was the deejay, another got the sawhorses from the police to cordon off the street. Kids lined up in front of the Nona’s ice cream truck ten deep just to get a scoop of homemade goodness. It rained most years, but we didn’t care.

Halloween brought hundreds of kids running through the streets. The Hingham Police Department slowly rolling by to make sure there were more treats than tricks just added to the atmosphere. An occasional adult beverage was had. One year my family dressed up as the characters from the Wizard of Oz – but with two daughters, we had two Dorothy’s.

Neighborhood Christmas parties were the norm. Angry Christmas, what some call a Yankee Swap, brought laughter and unwanted, unnecessary, often grotesque presents. The worst of them showing up year after year. 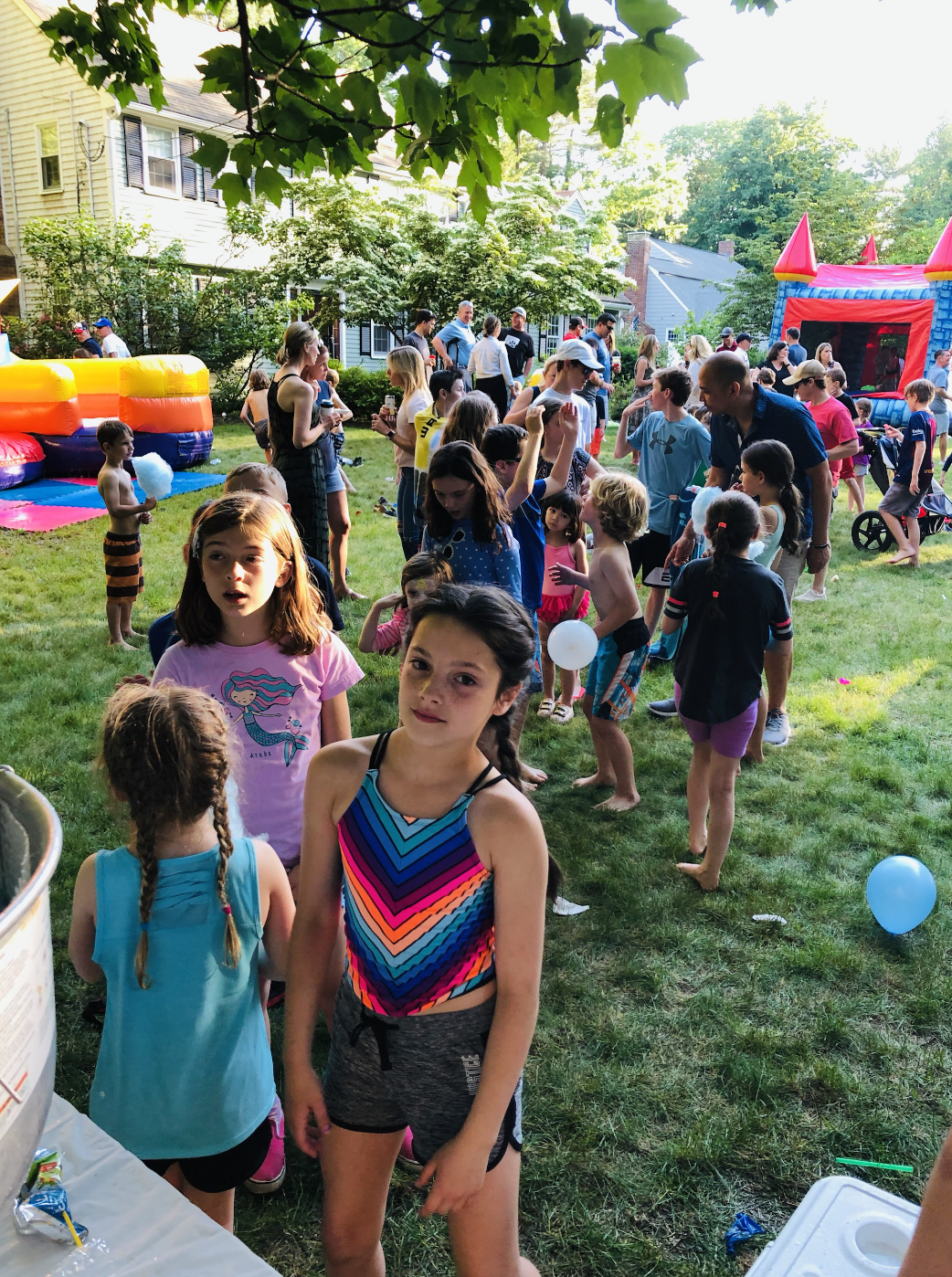 After the turn of the year, a neighborhood ski trip was organized. It started with a few families and until the pandemic blossomed into dozens. Children we knew before they could walk were soon sailing by me as I tried to “pizza” my way down Attitash Mountain.

There was loss. A beautiful woman taken way too soon, with young children, left this world to our undying and unyielding sadness. We miss you, but we got you and yours.But there were additions too, with some new families or those existing neighbors adding to the ranks.

Some friends have moved out of town; they are still friends, just a little more remote, replaced more often than not by great people who have become mainstays in our hood. 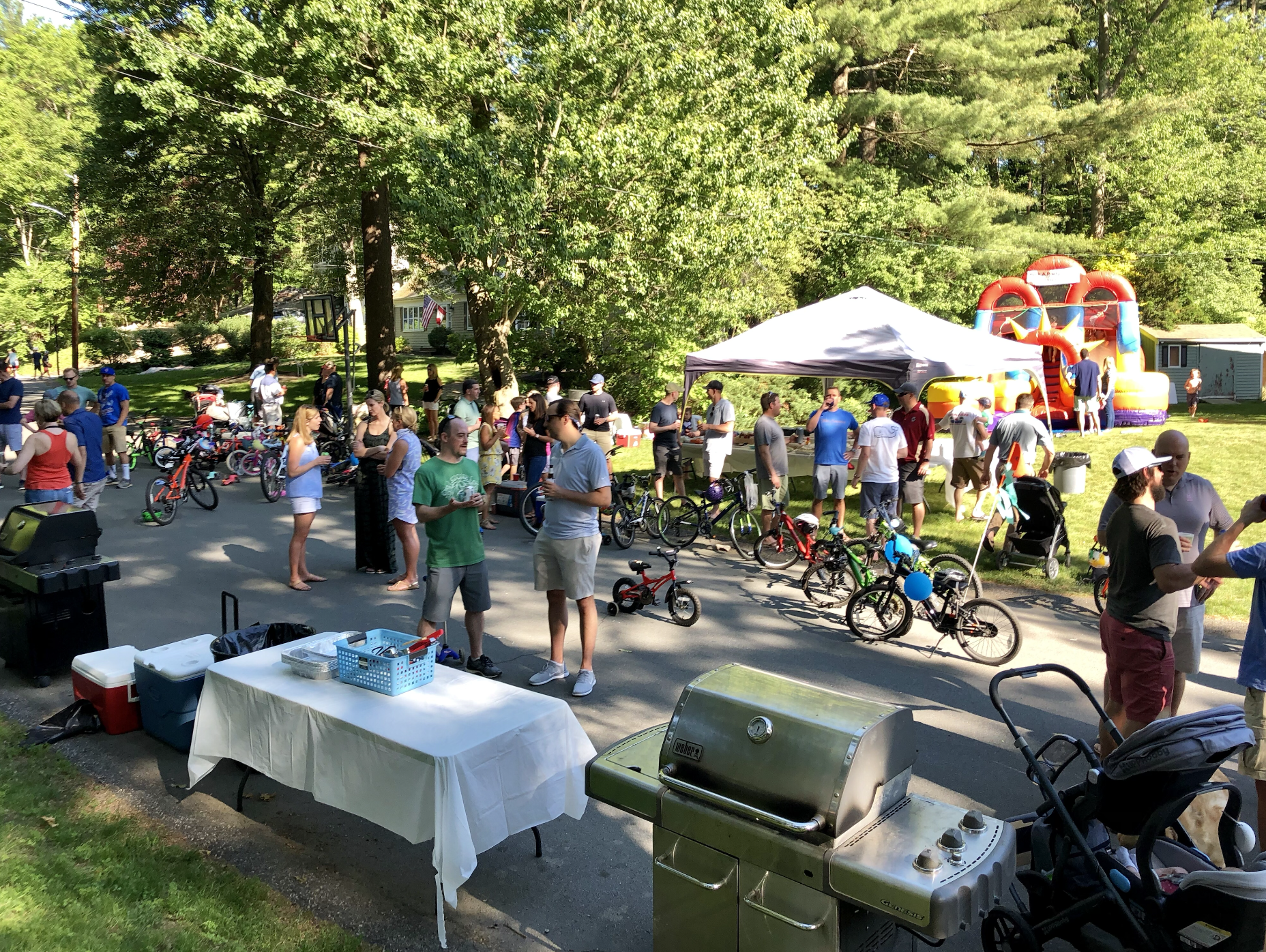 The occasional text rings out for an impromptu get-together. The last one brought more than a dozen of us to the back porch of our neighborhood stalwart to make fun of each other and laugh at our foibles.

These memories, friendships, and bonds were the hope we had for ourselves when we moved to Hingham. The strength of friendships and bonds. The love we have for each other. Our hope was met with reality. This is a special town. Full of really wonderful people.

I write all of this thinking of my mother, who recently passed. The wake was jammed with these friends. This newfound unrelated family coming together in support of my actual family. The funeral ceremony was standing room only – filled not just by my extended family but by those that I am fortunate enough to call my chosen family. My Hingham family.

There will always be things that we can point out in town that could be better. But nothing could ever be better than the people that inhabit this tract of land that has become our hometown.

Hingham is unique – because the people of this town come together with friendship, open arms, and big hearts to make it so.

Thank you, Hingham, for the past 12 years, the ups and downs, and the many beautiful memories that we will continue to make together.

Dredging the Harbor is a new column exclusively for the Hingham Anchor by Hinghamite, Matt LeBretton.

2 thoughts on “My Hingham Family”