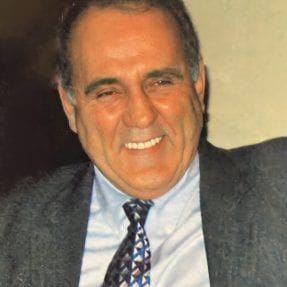 Bob grew up in Hingham and was a 1965 graduate of Hingham High School. He was a star hockey player and was proud when he was inducted into the HHS Athletic Hall of Fame. He owned his own Heating and Air Conditioning company and was very generous to his customers. And along with his brother in law, Eddie Newton, they owned and ran B&E Oil Company for many years. If nothing else, they had a lot of fun together. He was also an ”Ace” clam digger since childhood along with his brother, “Slitzy”. He grew up on Hingham Harbor and was an avid fisherman. He was known and well loved, with a kind heart and will be greatly missed by all who knew him. He had a great sense of humor and was known for his jokes and one liners!!! He also loved sharing what he learned from the Bible.

Bob adored his family as well as his many relatives and friends. He was the son of the late Stuart and Margaret (Targ) Hiltz. Beloved husband of Susan (Sherman) Hiltz of Hingham. Cherished father and friend of John R. Hiltz, Jr. of North Weymouth, Emily Smith and her husband Kevin of North Weymouth and Christopher Hiltz of Hingham. Loving brother of James Hiltz of Wareham and the late Stuart “Slitzy” Hiltz of Falmouth. He was the loving Grandfather to Cheyenne Smith, Katelyn Smith and Devin Hiltz, all of North Weymouth. He is also survived by his loving niece, Susan Hiltz LeBlanc of Falmouth, as well as many other nieces and nephews. His sister in laws and mother in law, whom he loved very much, Marion Sherman of Hingham.

Relatives and friends are respectfully invited to attend the visiting hours on Saturday April 10, 2021 from 2pm to 5pm at Pyne Keohane Funeral Home, 21 Emerald Street, Hingham, MA. Where all Covid protocols will be in effect. In lieu of flowers donations can be sent to The Hingham High School Athletic Hall of Fame, Attn: Athletic Director Jim Quatromoni, 17 Union Street, Hingham, MA. 02043.