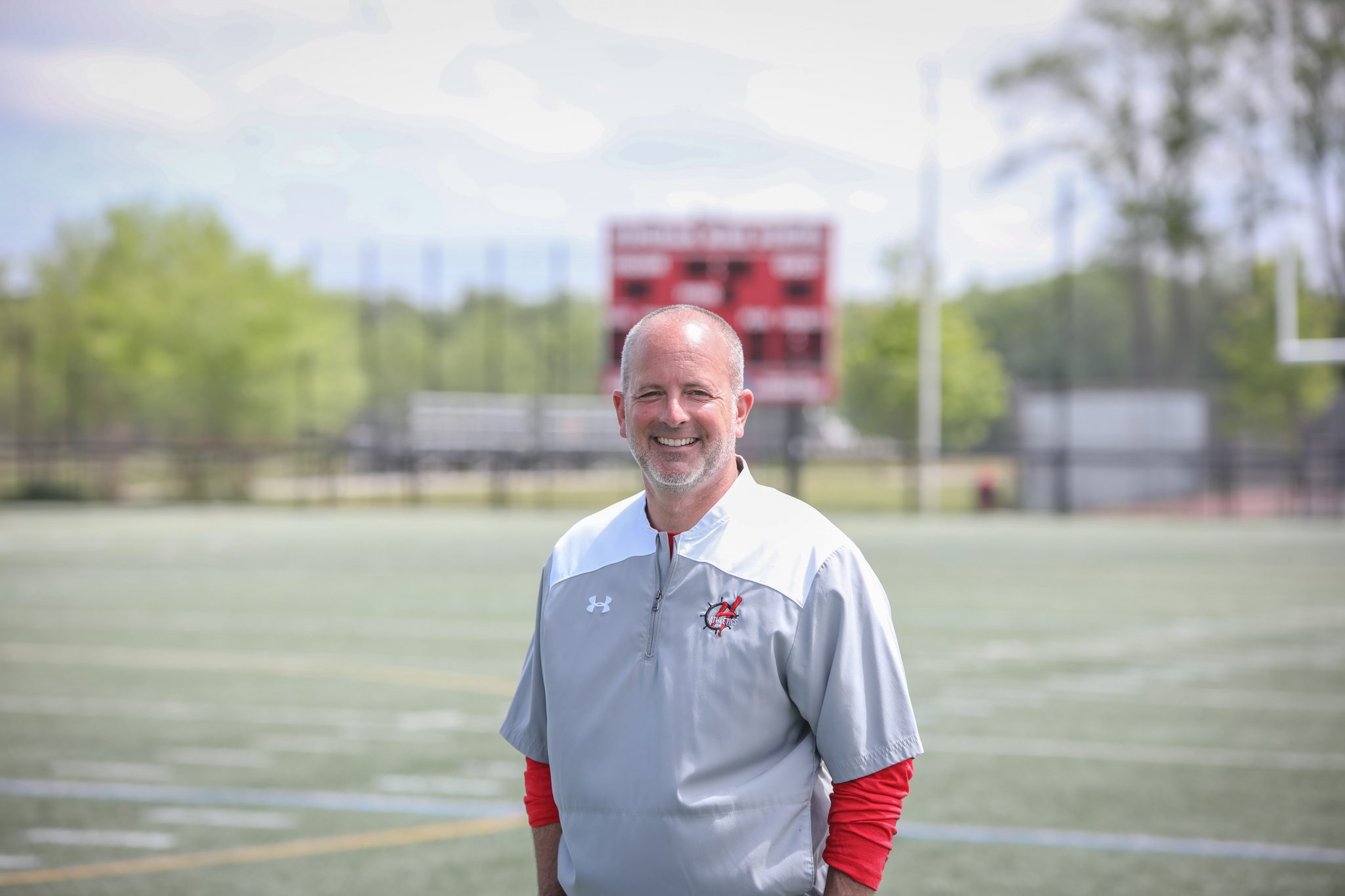 This makes the second major awards for Hingham’s athletic program this season.  A few weeks back, the Boston Globe awarded Hingham High School with the Holmes Award for the third year in a row.  This award is given to the program with the highest varsity team winning percentage for the year.  In recent years, Maryellen Holler has won Assistant Athletic Director of the Year and Greg Partyka, the voice of the Harbormen and Harborwomen, won the Joao Rodrigues Award for Outstanding Public Service to the Athletic Program.  This is the second time in school history Hingham has been given this award.  Previous athletic director Margaret Conaty won in 2013/2014.

The process of choosing a statewide Athletic Director of the Year starts with nomination from each district in Massachusetts.  Whitman-Hanson's AD Bob Rodgers nominated Quatromoni for this award for District 9.  The nine district nominees are presented to the MSSADA Board of Directors where they vote on an overall winner.

In his letter of recommendation to MSSADA, Hingham High School principal Rick Swanson describes Quatromoni as someone who “transcends his role to make an outsized impact on the culture of our school and in the lives of our students.”

A successful athletic program will be measured by wins and losses, championships, and the number of athletes playing in college, but the role of the athletic director entails much more than what shows up on a stat sheet.   A perfect example of this is what happens at tournament time.  Once teams hit the semi-final rounds, the games are moved to neutral sites.  This means athletic directors must volunteer their time, staff, and facilities during the short 2-3 week break between seasons to host two visiting programs.  ADs use this time to recover from one season and prep for the next.  In his 5 year tenure at HHS, Quatromoni has hosted no less than 10 neutral site tournament contests so other programs could play their games.

Additionally, Coach Q is a member of the MIAA COVID 19 Task Force, a member of the Cross Country and Track State Committee, and the Game Officials Committee.  He also started a “Captain’s Class” (story coming soon) each season for team captains to learn how to be leaders on and off the field.  He has also impacted the fan experience by introducing “The Big Red” attendance app and making sure almost every varsity game was live-streamed last year.

“It’s a bit overwhelming,” Quatromoni tells the Anchor.  “I have always believed that recognition for one is recognition for all.  I think it validates the standing that Hingham has in the interscholastic athletic community in Massachusetts.  I think it validates the respected status of the Patriot League and its member schools.  I think it is a tremendous validation of the support that our community provides our schools.  It is truly a testament to the value and place that interscholastic athletics holds in our district.  Our teachers set a standard of high expectations and that spills over into competition after school with our coaches and student-athletes.”

In true Quatromoni style, he shifts a lot of the credit to the people he works with on a daily basis.

“The support provided by all levels of administration within the district has a direct impact on these types of achievements,” he goes on to say. “In particular the support of our Principal Rick Swanson and our Assistant Principals Jenn Henriksen and Nicole Piantes has been immense.  The partnership with my administrative assistant, Maryellen Holler (an award winner herself), Athletic Trainer Al Blaisdell and our grounds keeper Scott Trefethen helps us efficiently create a positive and safe experience for our student athletes within interscholastic athletics.    This is truly a dream team.”

In a time when many high school sports stories in the news are for incidents and not achievements, Quatromoni knows that winning this award puts even more pressure on the district, the school, coaches, and student athletes to always try and do the right thing.

“The pressure is on,” he explains.  “I think it is extremely important for me to be present and attentive.  We must continually evaluate processes and feedback to be sure that we are constantly seeking improvement even when that requires change.   Most importantly, we must continue to intentionally develop and display the priority of servant leadership for me personally, our coaching staff and our student-athletes.”

He ends by saying “personally, it is extremely rewarding to be recognized for doing something that I am so passionate about:  working with coaches and student-athletes to help create the best possible experience for those student-athletes.  Just as importantly, using interscholastic athletics to help young people achieve the best versions of themselves, motivates me every day.”

3 thoughts on “Jim Quatromoni Wins Athletic Director of the Year”