The pads are put away, and for now, and she is back in her daily routine of making a living in what she calls the "adult'' world.

It is a task that Lacey Pustizzi has always embraced.

That doesn't mean we have seen the last Pustizzi, playing her other role to its fullest--that of a world-class women's field hockey goalie.

It was that way 28 years ago at the start of her journey as a freshman at Hingham High school in 1994.

It was that way when she was feeding her passion for a sport and a position at Hartwick College in Oneonta N.Y 20 years ago.

It was that way as she morphed into a career-minded adult who has kept the flame of playing field hockey at the next level flickering at tournaments all over the world for various US women's teams.

Pustizzi is now 43 and coming off a stint last month in which she participated as the goalie for the American team in the Women's World Cup for Women 40 and over in Nottingham, England.

The US finished 7th in the 13 team field won (as expected) by England, winning a couple of games.

For Putizzi, however, it was another milestone in a field hockey career that has been a constant in her life since she answered the call for volunteer for goalies for the Hingham freshman girls' field hockey team.

Natural fit? "100 percent," said Pustizzi with a laugh the other day as she talked about her recent trip to England. "It was just something I gravitated to at the start. It's the only part of the game that makes sense.''

Pustizzi does that a lot in other things. She does very little at half speed. There is an energy source around her.

"Just competing in that environment and having the word USA on your jersey is just something special,'' she said. "I love the game so much, and I love to play.''

The games were postponed for a few years because of COVID issues, which affected the dates of the other World games in indoor field hockey, which has its tournament scheduled for next year in Virginia.

Pistozzi had barely returned home when she received a call from the coach of the US indoor team who asked her if she was ready for the games. 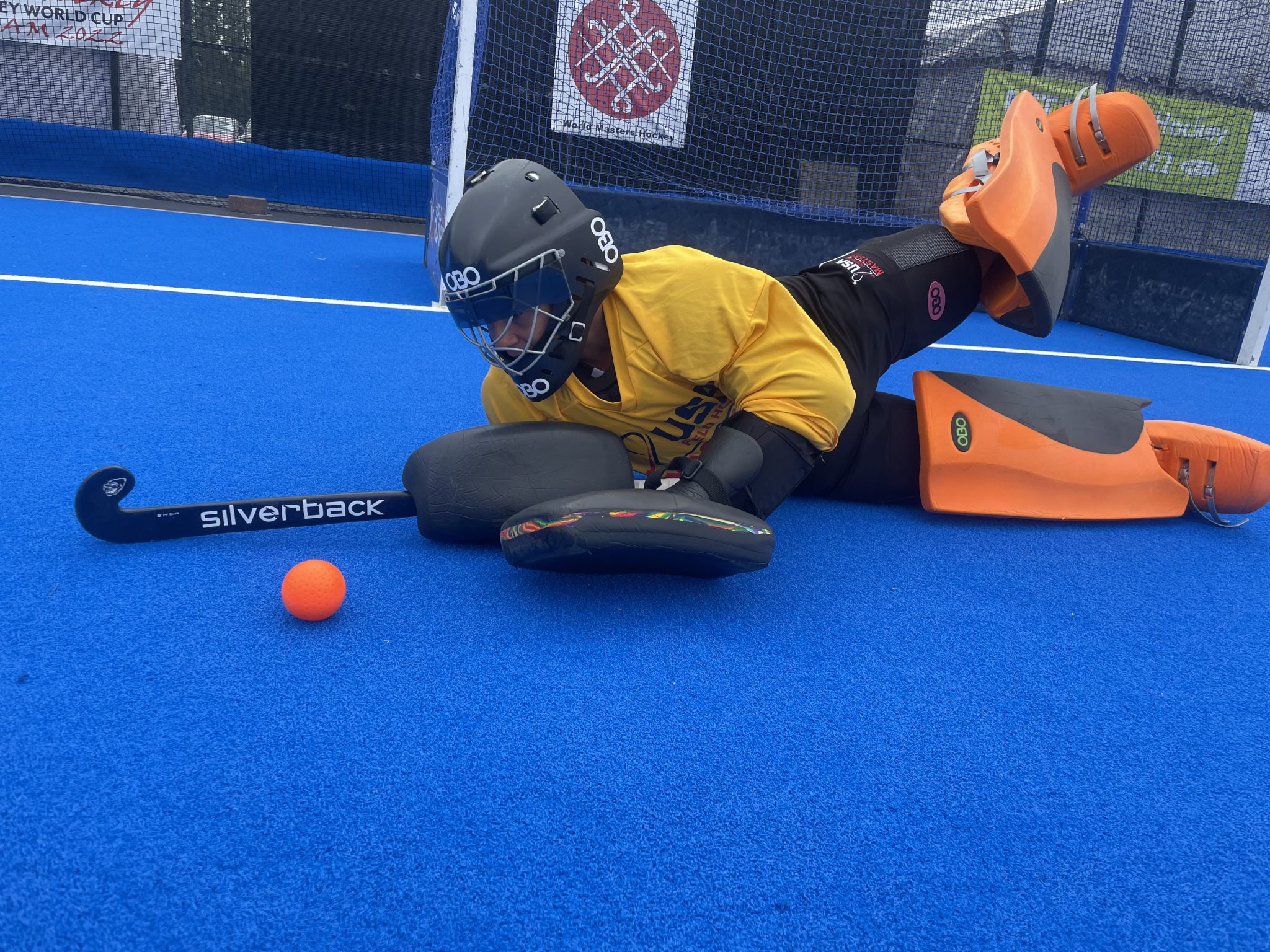 "I'm super excited,'' she said. "Because it's my home country and it's field hockey."

But right now, she has other priorities. "On a job hunt,'' she said, explaining her job with an engineering firm was dissolving.

Pistozzi would like to come home to the South Shore where she grew up, and to Hingham, where her career and life started to blossom almost 30 years ago. Adding field hockey or other sports-related items to the menu and her passion for the digital media aspect of sports has become a crusade.

"I have started and built junior programs and I would like to see that expand,'' she said.

Again, it seems to be part of her DNA. "To be honest, I really don't know where the passion comes from,'' she said. "There wasn't a lot of athleticism in my family. My father was teaching pro golf and my grandmother was into roller skating. But I'm the smallest one in my family."

Pustozzi concedes she is in an uncertain area regarding one part of her career, although getting back to Hingham in a teaching capacity would check off a lot of boxes on her wish list.

But there is field hockey-- maybe even the new phenom sport of Pickleball "which I love."

What is clear is that she wants to transmit her love for sports far beyond normal boundaries. "I want to do more,'' she says. "Sports is a great way to bring people together. I want to be part of that.''