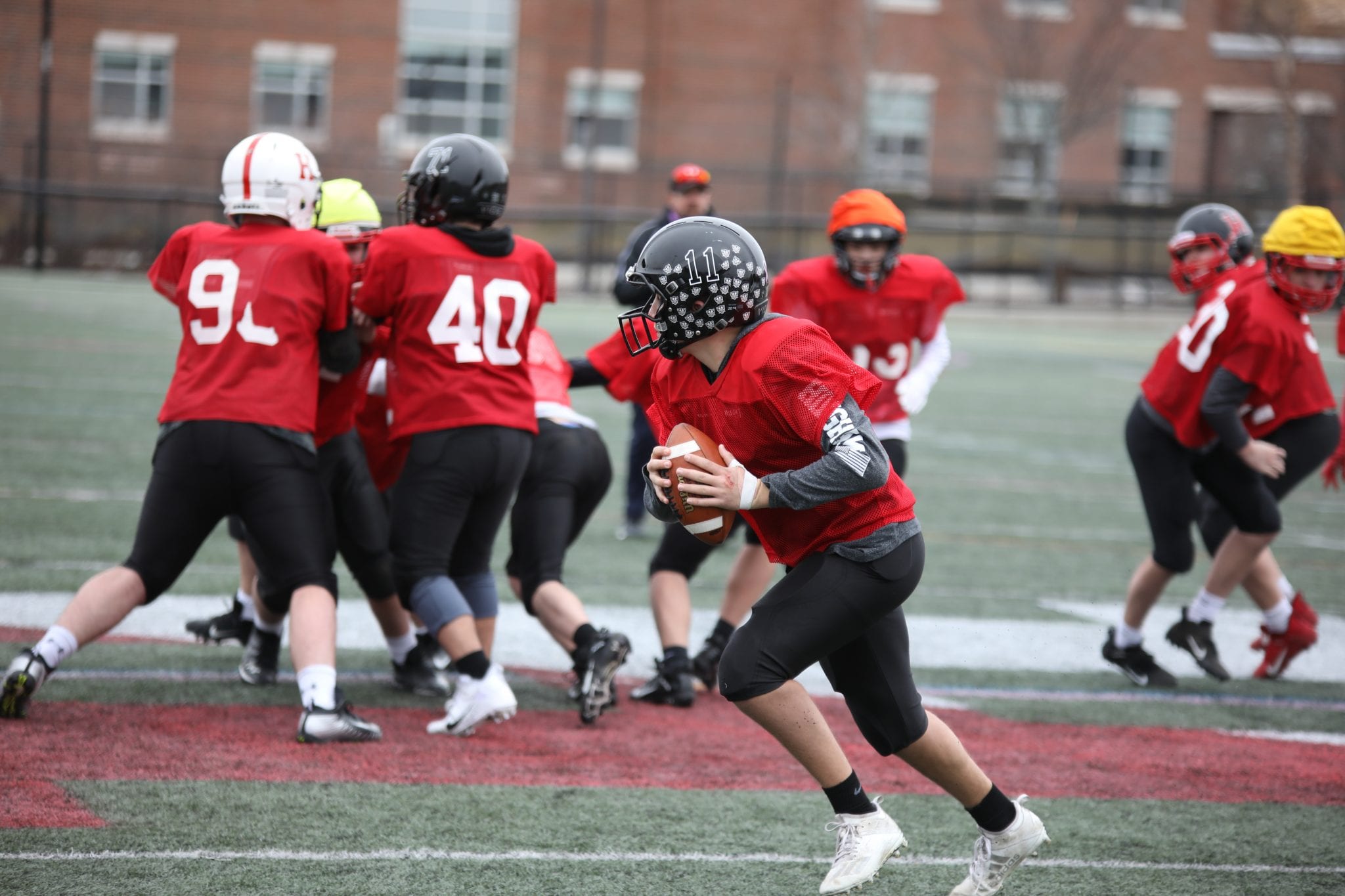 Starting QB Jake Varholak rolls out of the pocket during practice last week.

Hingham Youth Football, like many other sports, was postponed in the fall.  A few towns did go ahead with their youth football seasons, but Hingham was not one of them.  Over the past few months, the HYF Board worked with the OCYFL to try and get at least the 8th graders on the field for a modified season.  8th grade football is a pivotal one for players.  Some are ending their football careers, while others are just starting in preparation for high school football.

"The one thing we want to do as coaches is to prepare those who will be playing up in the next level and give the the new players an introduction to the sport," Long-time coach Ed St. Croix says.  "Also, having a fun, competitive season with some really good teams."

The program will field a varsity and junior varsity team this year.  The team of 26 kids, 11 of which are new, will play 4 regular season games, a playoff game, then a Super Bowl game in they make it that far.  Other than the shortened schedule, the biggest change is having all teams playing at one stadium each week.  This leaves Hingham with only one true home game this season.

The boys kicked off their season yesterday with a convincing win over Hanover 26-6.  The Raiders had their ground game going coming up with four rushing touchdowns, two by Mason Lennon (100-yd day), a 41-yarder by Drew St. Pierre, and a 2-yard QB sneak by Jake Varholak.  On defense, Ryan St. Croix had three sacks.

Their next game this Sunday against Raynham in Pembroke.