Update from Report of Child Approached

This is an update from the report we received yesterday (June 4, 2021) that a man in a car attempted to grab a ten year old boy. The incident was first reported to us in our front lobby about 15-20 minutes afterwards. The man parked his car in a space near the Hingham Community Center. The man was described as white, with brown hair and wearing a black hoodie. His car was described as a black or dark gray Lexus type sedan.

Detectives have confirmed with the child that the man did not reach for, grab at or speak to the child. 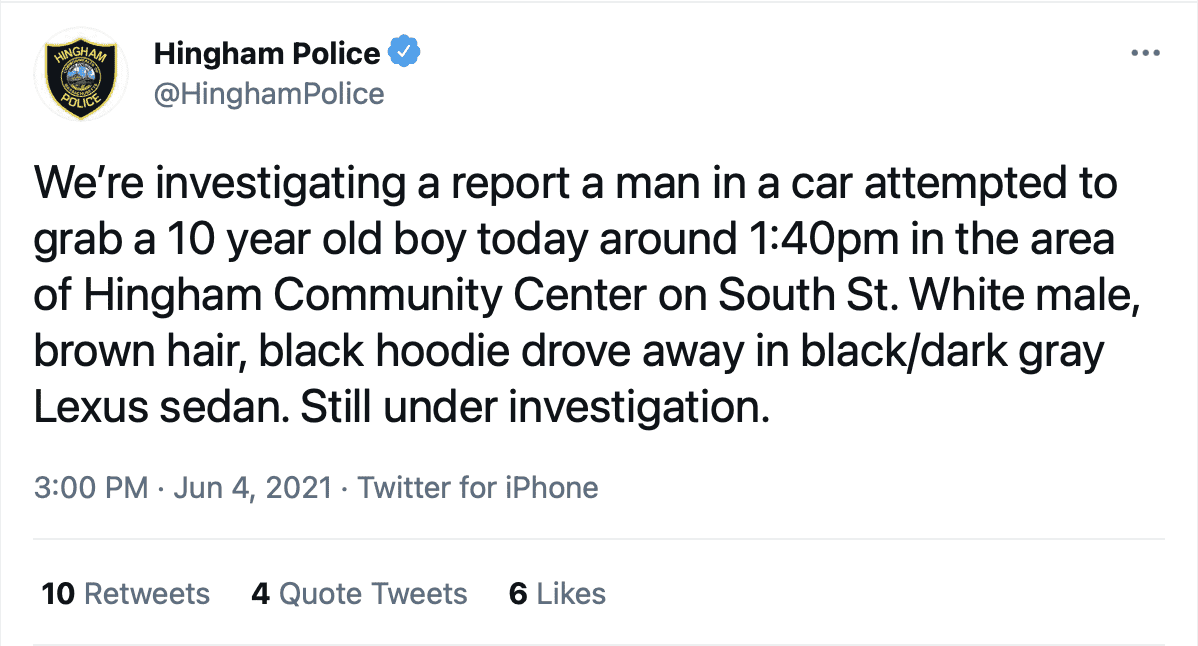 According to the Hingham Police Department, an attempted kidnapping near the Hingham Community Center is currently under investigation. Per the report, today at approximately 1:40 PM a man in a dark Lexus sedan attempted to grab a 10 year-old boy on South Street.

If you have any information on the case, please contact Hingham Police Department.

The Hingham Anchor will provide updates as they are available.