As part of the team that wrote the "Coda" theme song, "Beyond the Shore," Hingham native Matt Dahan -- a successful songwriter, film composer, and playwright -- got the thrill of his lifetime Sunday night when the movie won three Oscars, including "Best Picture."

He worked with his best friend from Berklee College of Music, Nick Baxter, director Sian Heder, and Marius deVries -- whom Dahan referred to as "a legendary composer who has worked on major films" -- in writing the theme song.

While "Beyond the Shore" itself didn't win an Oscar, it was short-listed for that award -- just a step below an actual nomination -- and the songwriting team did earlier win a Hollywood Music and Media "Best Song" award.

Even though Dahan didn't attend the live Oscar awards ceremony, he enjoyed watching it with his parents -- Hingham residents Lou and Cheryl Dahan -- who happened to be visiting him in Los Angeles at the time. "It was a planned trip, and all the hubbub started happening. To just have them in the same room with me that night was humbling. I'm proud and grateful."

Dahan, who started playing the piano at age 4, attributes his success in the music field to the "great [chorus, music theory, band, and drama] teachers" he had at the Hingham middle and high schools.  These included Paul Cappers, Douglas Wauchope, and John Higgins, who he said were caring, fostered his growth, and helped him find his voice as a musician.

Because of these experiences, Dahan -- a 2004 Hingham High School graduate -- choose a career in music. "Everything that's happening now is because of what happened there," he said.

From HHS, Dahan went on to Berklee, where he met Baxter and collaborated with him on music projects. "We kept in touch over the years, and we both [landed] in Los Angeles working in the film and music industry," he said.

Baxter was already working on the music for Apple TV's "Coda" when he invited Dahan to be involved with writing the lyrics as part of the "Beyond the Shore" songwriting team.

"We threw ideas back and forth, working with Sian and Marius. We ended up with something we really loved, it (was accepted) for the movie, and everyone was thrilled with the song.

It was basically written at a kitchen table," Dahan recalls. "It was fun being part of the team for an award-winning show -- it was absolutely incredible." 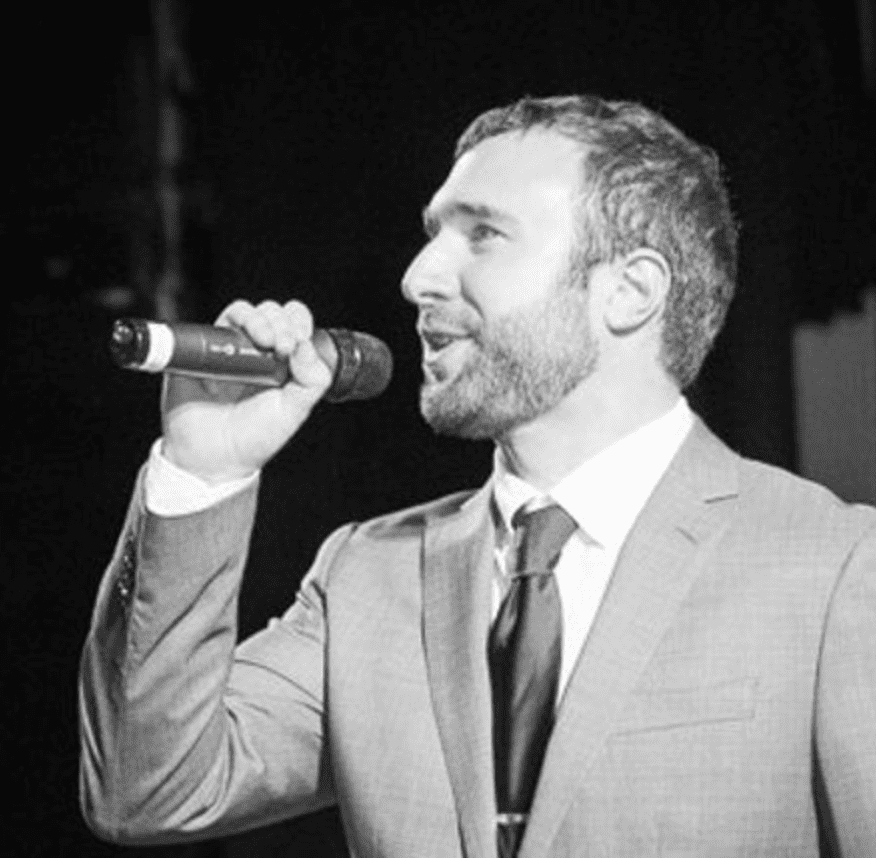 When his family and friends in Hingham heard the good news, Dahan was touched by "the outpouring of love from my hometown. I was grateful for that because it all started there."

Dahan noted that it's really the "pinnacle of the industry to even have had a small part in co-writing the song that plays during the film. [When the awards were announced], it was a feeling like nothing else in the world," he said. "It was like being in a dream. I was thinking, 'What planet am I on?!'"

He keeps the handheld Talkboy tape recorder that he used when he first became interested in playing the piano as a reminder "that anything's possible, that the sky's the limit," he said.

What Dahan misses most about Hingham is "everything. I would love to go back to live there someday." He does visit his parents a few times a year and especially enjoys the Fourth of July festivities and the Christmas in the Square celebration.

"Hingham is the opposite of LA in many ways," Dahan said. "I love LA and working here, but I feel very centered and complete when I'm back home. I love the things that make Hingham Hingham."

Besides music, Dahan is interested in hockey, which he played when he was a student in Hingham. "I still follow the Boston Bruins religiously," he said. "I'm a big family guy, and 3,000 miles is a long distance away. Rooting for the Bruins helps me feel connected to home, because my family shares my love for the team."

Coming up in 2023: Dahan's and Kelly D'Angelo's cult hit musical, "Starry," will be making its way to the UK stage.

For more information about Dahan and his career, visit www.mattdahan.com.