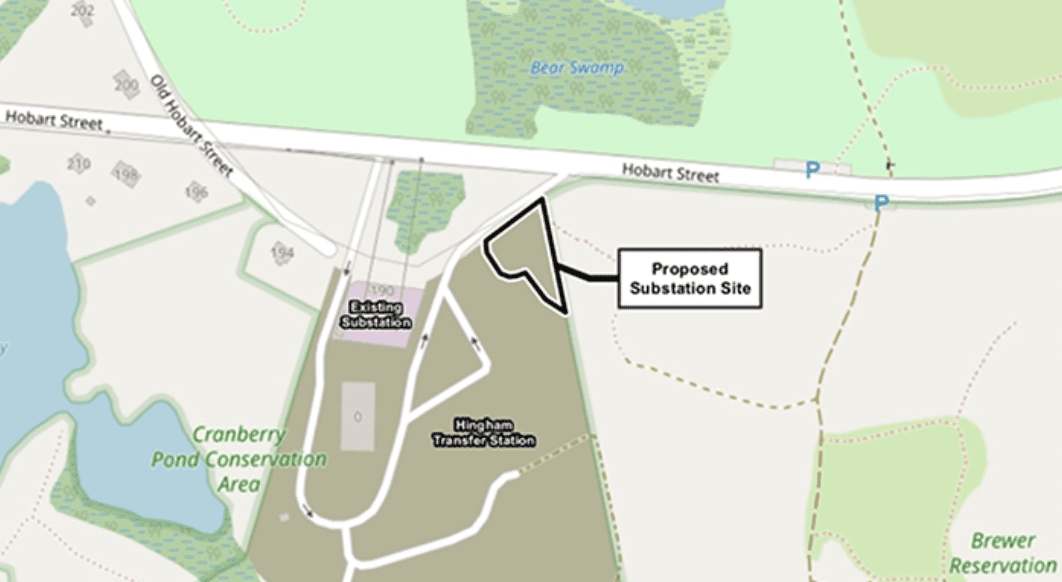 The Hingham Municipal Lighting Plant (HMLP) today announced it would hold two open house events to seek feedback from Weymouth residents and businesses about its preliminary proposed route – as well as its preliminary alternative route– for its planned Hingham Electrical Infrastructure Reliability Project (HEIRP). Both open house events will be held at the Tufts Public Library, 46 Broad Street in Weymouth. The first event is scheduled for August 25 from 6 p.m. to 8 p.m. The second open house will be held on September 13 from 5 p.m. to 7 p.m.

HMLP’s project features a 3.7-mile 115 kV, underground transmission line that would traverse the public ways in Weymouth and Hingham. It would ensure the reliability of electric service to Hingham homes and businesses in the event of a disruption to the single, overhead transmission feed that currently serves the Town.

The proposed underground route would begin at a new tap station near the Connell Ice Rink in Weymouth, which will be owned and operated by Eversource, and continue underground along Weymouth and Hingham streets to a new HMLP-owned substation in Hingham.

During both open house events, HMLP will display large-format maps and provide information about the project. Members of the HMLP team will be on hand to answer questions. The open-house format will allow residents to visit on their own schedule and provide important feedback regarding the preliminary proposed and alternative routes before HMLP makes its final route selections.

“A significant portion of the new underground transmission line will be located in Weymouth,” Morahan said. “When construction is completed, residents and businesses in Weymouth will not know that the line is there. But, in order to get to that point, there will be some temporary disruption, and HMLP is committed to working with Weymouth residents, businesses and officials to ensure that local concerns are fully heard and that the impacts of construction are minimized.”

For more information about the project, please visit the project’s website at http://heirp.com.