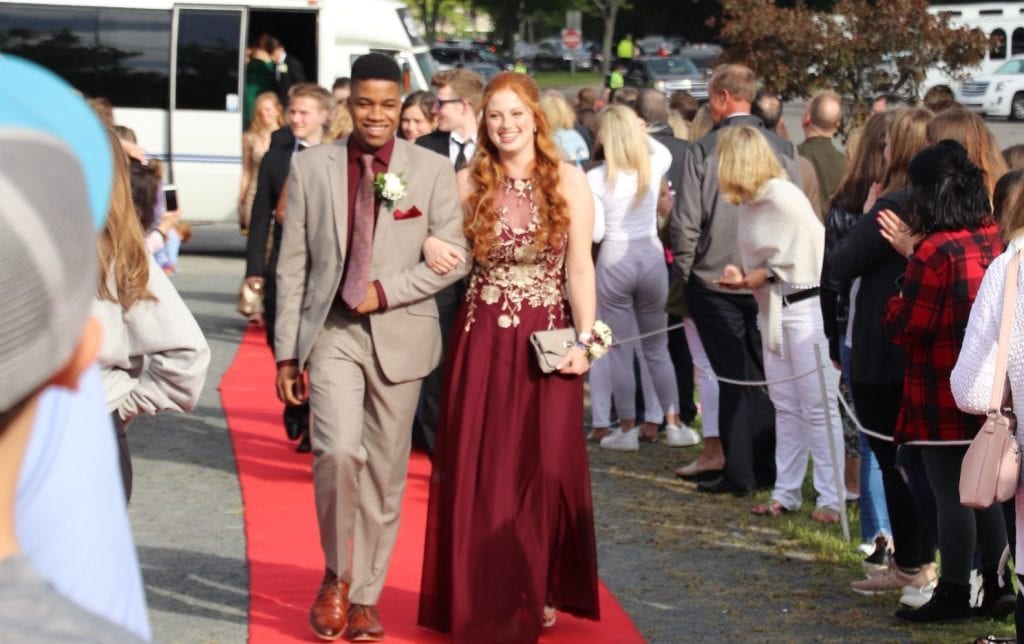 This June, graduates from Hingham High School’s Class of 2021 are invited to “Light Up the Night” at Granite Links Country Club for their senior prom, an affair arranged entirely independently from their alma mater.

It all began with Caitlin McLeod, the mother of recent Hingham High School graduate Lilyana Osborne, who describes feeling “heartbroken” for her daughter and her classmates when she learned the Hingham High School Class of 2021 graduates would not have a senior prom. “I feel prom is a strong milestone that marks the end of high school in a fun way,” she explains. “The memories made at a senior prom are often memories kids remember forever.”

“Once the dust settled a bit and we were told that we could in fact throw a prom, without even a thought, I immediately jumped in to help,” McLeod recounts. “This senior class has had a remarkably difficult year and have lost so much; if I could be of any help to assist in giving these kids a normal end to their high school career, I was all in!”

McLeod herself has lived in Hingham her whole life: “I was born-and-raised here, and am a graduate of Hingham High School myself.” She’s now raising three daughters (ages 18, 9, and 3) and admits it’s hard to believe that she already has one who is graduating. She proudly shares that her graduate, Lilyana, plans to attend Temple University in the fall.

When asked, “What goes into prom planning?,” McLeod laughs and answers, “A village!” She then clarifies, “A group of dedicated, ready-to-get-to-work parents. Fortunately, as soon as I put it out there that we could have a prom, I had an overwhelming amount of parents thrilled to jump on board and help.”

As a result, an event that typically takes months of planning was complete in less than 3 weeks. McLeod says, “There have been hours of behind-the-scenes meetings, phone calls, Zooms, text chains, emails—you name it!—to make sure we are covering all of our bases to give the graduating class of 2021 a fun, memorable, safe evening.”

The theme of the evening is “Light up the Night,” an idea which Caitlin says came to her soon after she began planning. “After what has been a very dark fifteen months in our world, it finally feels like there is a light at the end of a very long tunnel. After what was a very dark, unimaginable year for many of these seniors, our hope is to light them up again before sending them off into the next chapter of their lives. ‘Light Up the Night’ symbolizes hope on the horizon; that the light and the good always find its way back.”

The mother of three says, “I’m so grateful for all of the help and parents who felt the importance of giving these kids some normalcy. They certainly deserve it.”

Class President Cameron Frank has lived in Hingham for over a decade; growing up, she would go down to the Harbor each spring to watch the seniors walk down the red carpet rolled out for them down at the Bathing Beach to admire all of the beautiful dresses. “I remember being so excited to do it myself one day, so I’m very happy we can continue that tradition this year,” she shares. “I was very excited when I found out we would be able to attend prom in person; our class hasn’t had a prom yet, so I’m really happy that this event was made possible.”

While Cameron says she has had some involvement in planning the event, her role was mostly communicating updates with her classmates. “The class parents and parent volunteers have taken on the bulk of the planning,” Cameron, who will be attending the University of Virginia next year, says. “I’m so grateful for the enthusiasm that they’ve had, and I can’t thank them enough for making these celebrations possible! We could not have done it without them.”

Senior Sarah Dansreau echoes Camero's excitement, saying, “I was very excited to hear that we would be having an in-person prom because we were stripped of our junior prom [last year].” Sarah also says she is looking forward to Hingham High School’s Class of 2021 graduates having “one last hurrah” together: “After being so divided all school year with cohorts and social distancing, it’s encouraging that we'll be able to experience some sense of normalcy.”

As for attire, Sarah shares, “I actually texted my future roommate for Boston College and asked her if I could try hers on. Luckily, we’re the same size, so I’ll be wearing hers!”

In a show of solidarity, students from the HHS graduating classes of 2019 and 2020 have become involved in a dress exchange facilitated through a Facebook group titled “HHS Prom 2021 Dress Exchange” created by the senior class's Vice President Bonnie Passios.

“We realized we could have a prom after Governor Baker loosened the COVID-19 restrictions, but this only gave people about two and a half weeks to get a dress,” she explains. “Mrs. Sherwood, a parent of a senior in our class, suggested having girls from the grades above let us seniors borrow or buy long prom dresses from them.”

Hingham High School graduates from previous grades post available gowns from their past proms in the Facebook group; the first senior to comment on the photo is then given the chance to try on the desired dress. If for some reason the dress does not work out for the first commenter, the next person on the thread will be given the opportunity to try it on, and so on.

Although Bonnie says she had already ordered her dress, as one of the page's admins, she’ll be checking the group often; she also expressed her immense gratitude, saying, “We are all so grateful for the parents who put this prom together on such short notice. We didn’t have our junior prom last year, so this good news got everyone really excited! It will be an amazing way to end our time together.”

It just goes to show how greatly appreciated this effort to create a sense of normalcy is for students whose last two years of high school were heavily disrupted by the ongoing pandemic. Congratulations to the graduates of Hingham High School's Class of 2021; we can't wait to see you shine at your senior prom!