This is Hingham’s 11th appearance on the show, last participating during Season 10. The team will face off against Lexington High School in the qualifying round on March 11, 2023. 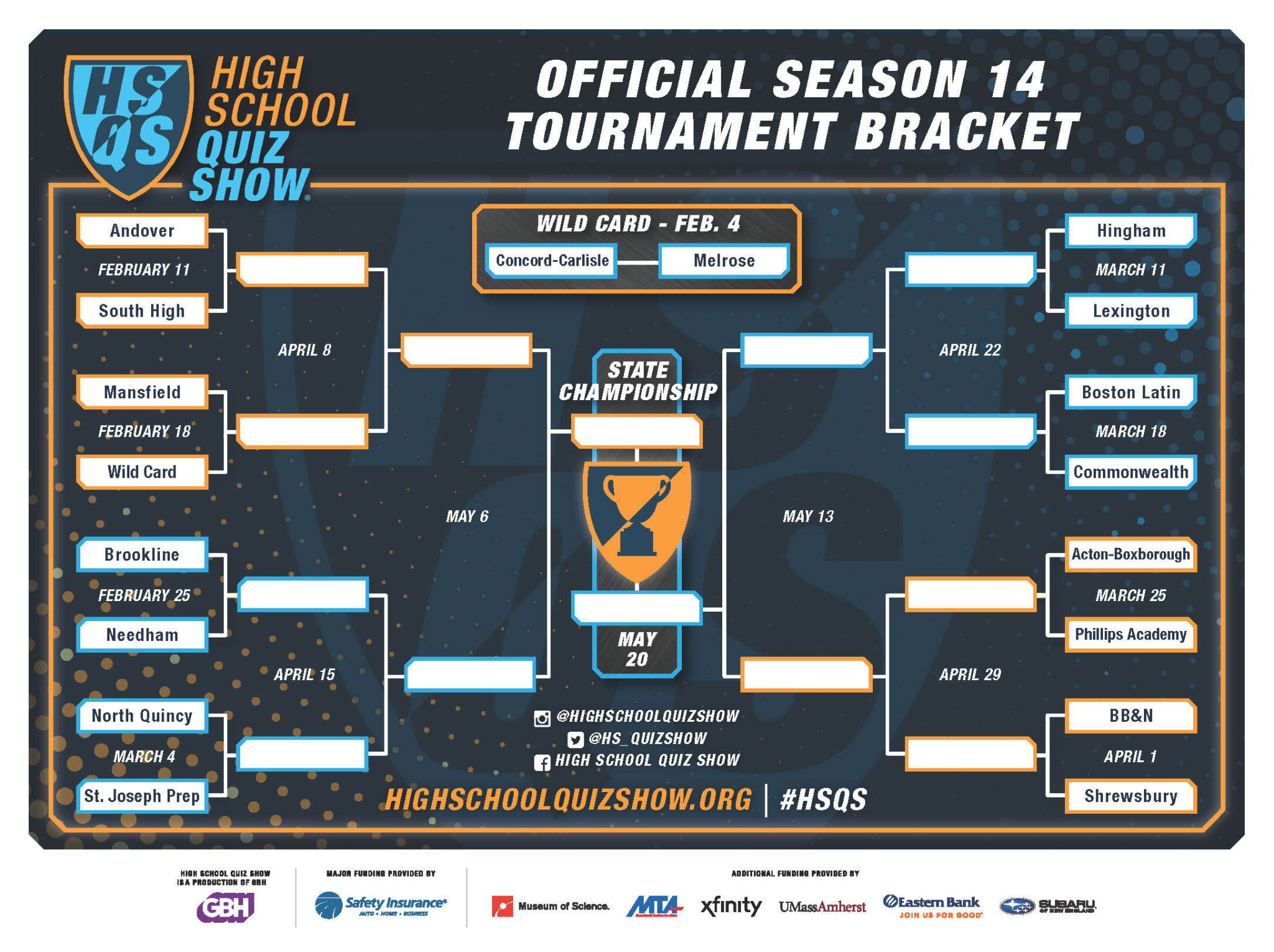 High School Quiz Show®, GBH’s televised academic tournament for Massachusetts high schools, has revealed the 17 teams that will compete for the Season 14 State Championship title. The qualifying schools received the highest scores at High School Quiz Show’s Super Sunday event on November 6, where 65 schools from across the Commonwealth took a written quiz at GBH’s studios in Brighton. On the bracket are four first–time competitors as well as defending Season 13 champion, North Quincy High School.

Following two seasons of remote production, High School Quiz Show’s fourteenth season brings its battle of the brains back to in-person competition. Emmy award-winning television and radio personality Billy Costa will host the tapings at GBH studios in Brighton in January 2023. Teams of four students will go head-to-head in the fast-paced bracketed tournament, with winners advancing round by round until the final championship showdown. Season 14 of High School Quiz Show will premiere on GBH 2 and High School Quiz Show’s YouTube channel on Saturday, February 4 at 6pm ET.

“After a successful Super Sunday, we are eager to welcome these 17 schools from across Massachusetts back to GBH for an annual academic showdown,” said GBH Executive Producer Hillary Wells. “High School Quiz Show remains a cherished showcase for the academic rigor, integrity and perseverance embodied by high school students from all corners of the state. We look forward to welcoming fans, families, friends and community members back to our audience as we challenge the Season 14 cohort to show off their smarts.”

The 15 teams with the highest scores from Super Sunday automatically qualified for a dedicated spot on the competition bracket. The 16th and final spot on the High School Quiz Show bracket will be determined during the season premiere Wild Card match. Two teams representing high-scoring schools that have not previously been on the show or haven’t competed in five or more years will compete for the final spot. This year, those teams are Concord-Carlisle High School and Melrose High School, both of whom are first-time competitors.

The full list of teams competing for the title of Season 14 High School Quiz Show State Champion is as follows: