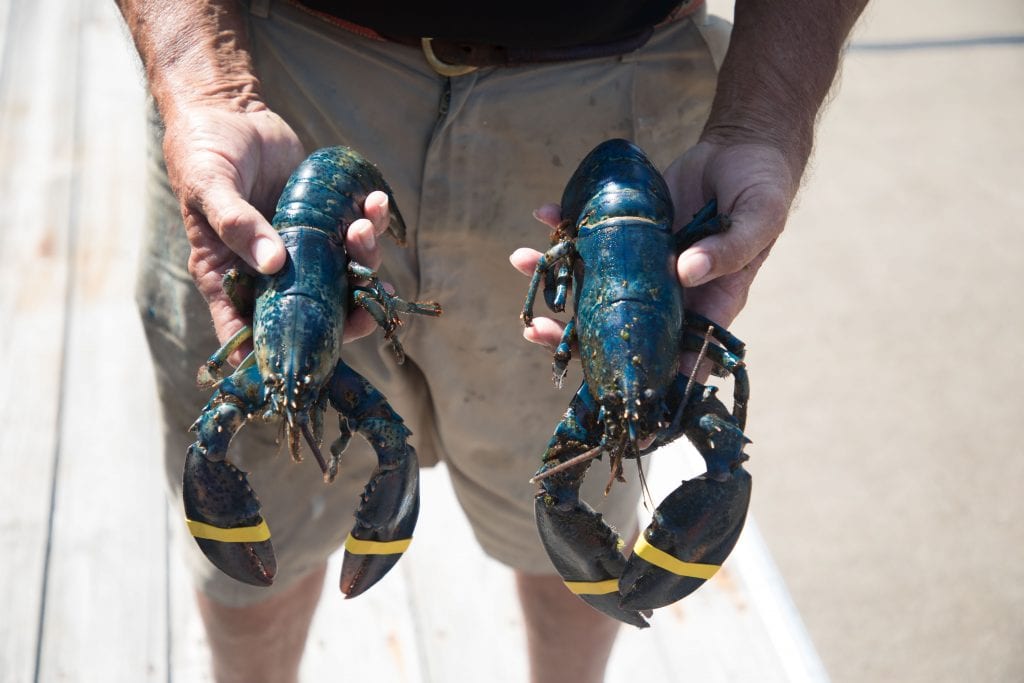 If catching one blue lobster is rare - about one in two million - then catching TWO of the unique sapphire crustaceans is unfathomable (one in four trillion to be exact). However, Bill Collins and his grandson Chris, won the lobster lottery earlier this week on back-to-back trips to their lobster pots near Boston Light. 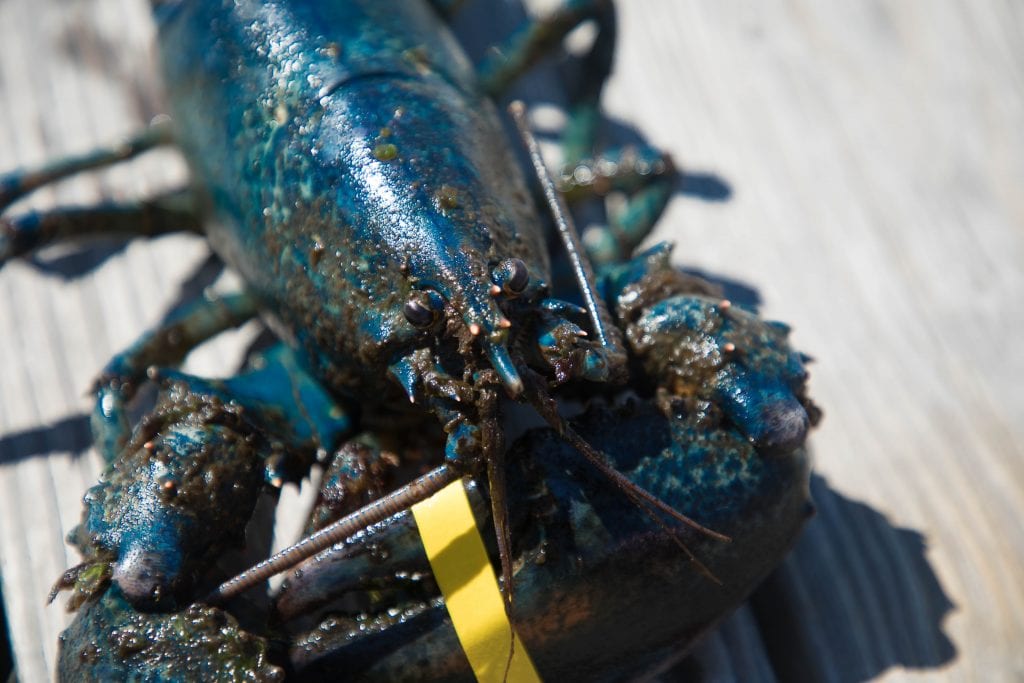 Bill, a former Commodore of the Hingham Yacht Club, has been lobster fishing for 40 years. This was his first time catching a blue lobster and unbelievably, he caught two! 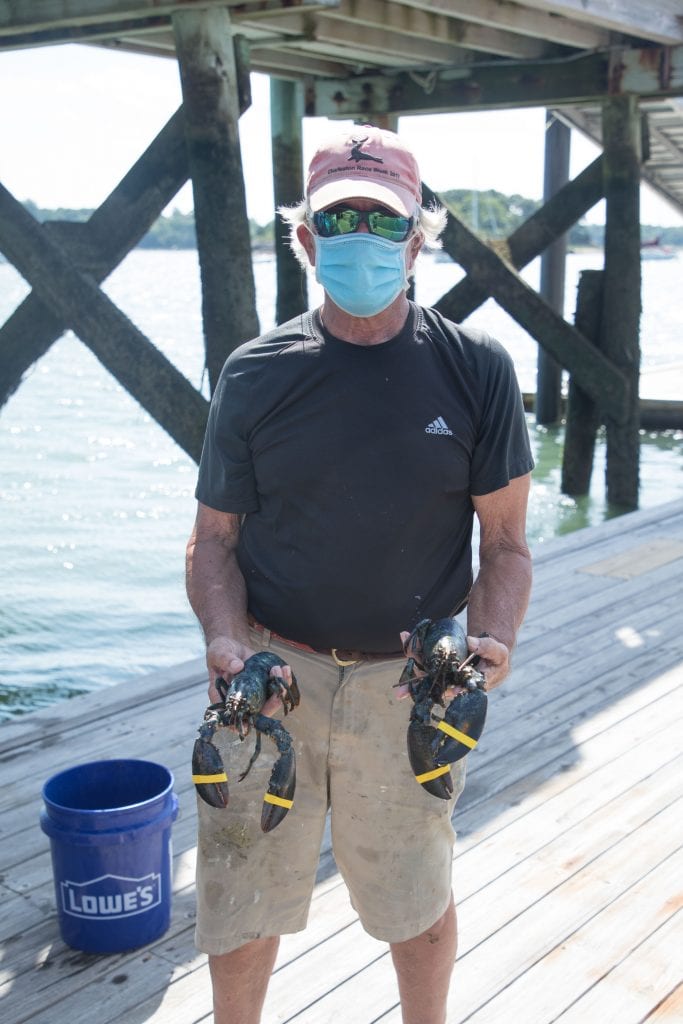 When Sally McReynolds heard about the Collins' blue lobster find, she reached out to the family to arrange a chance for her 1.5 year old son, Jack, to see the blue lobster in person. The McReynolds family runs a fundraising campaign for the Williams Syndrome Association called "Team Blue Lobster" due to the rarity of the genetic conditions that affect both Jack and the rare lobsters. "Both Jack and blue lobsters have genetic differences that make them rare and totally cool," McReynolds tells the Anchor. 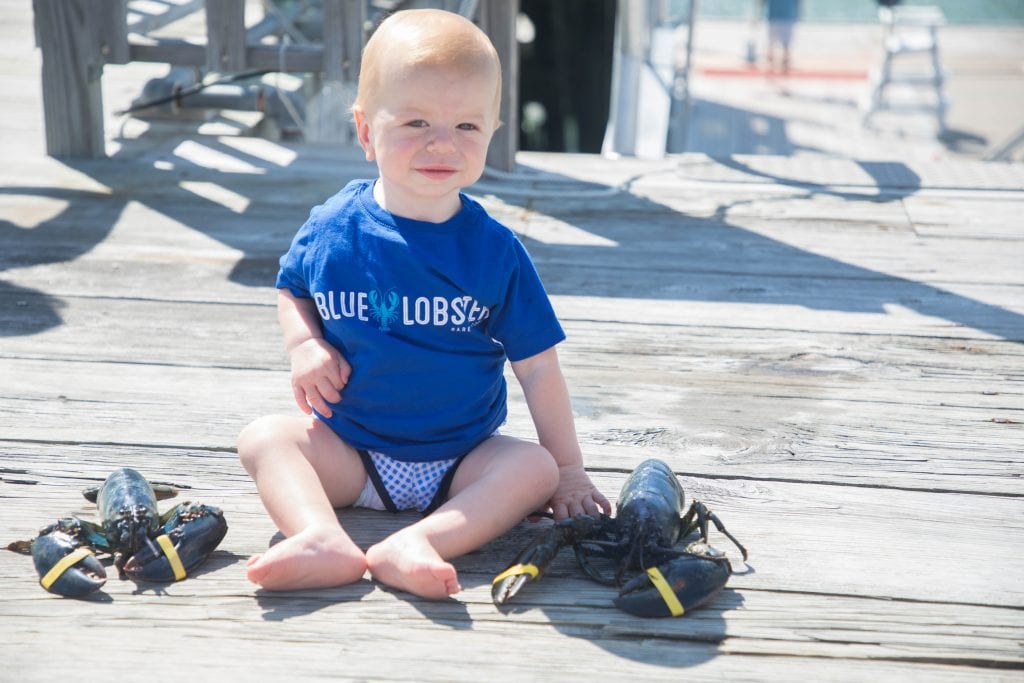 Williams Syndrome is caused by the deletion of genetic material from a specific region of chromosome 7.

Mcreynolds continued, "the deletion contributes to the characteristic features of individuals with Williams syndrome such as cardiovascular disease, developmental delays, and learning disabilities which typically occur side by side with striking abilities, including advanced verbal skills, highly sociable personalities and a passion for music." 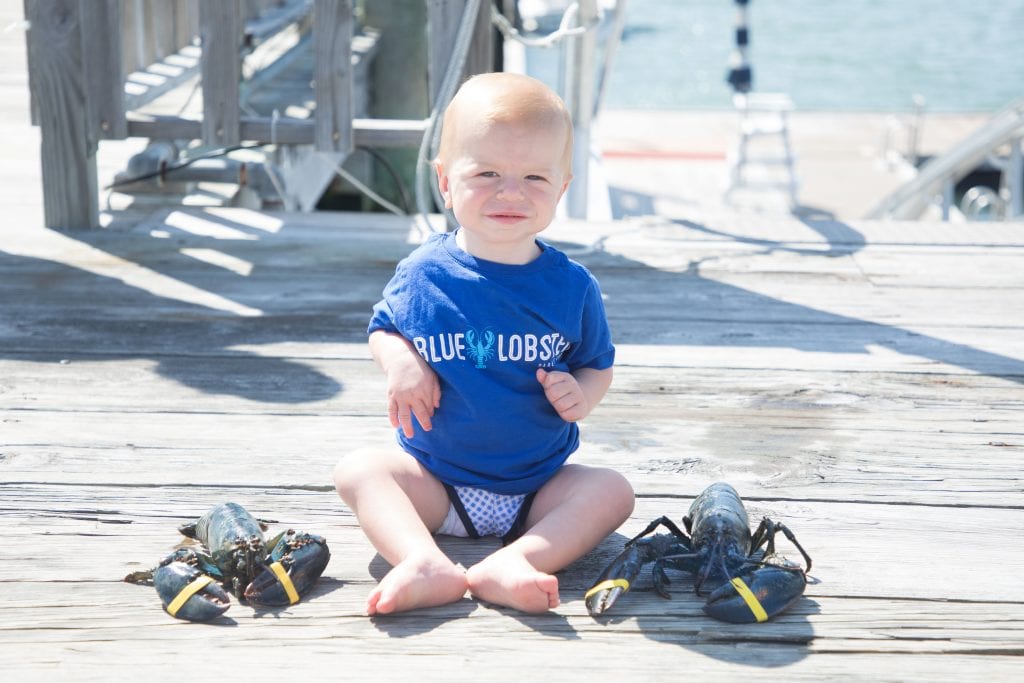 The Collins family was so happy to provide Jack with the opportunity to meet the rare crustacean that inspired his campaign.

Now that the lobsters have completed their whirlwind media tour, they will enter retirement to be on display for all to see.

One of the lobsters will be donated by the Collins family to the Cape Cod Museum of Natural History (CCMNH). CCMNH currently has a rare calico lobster that it will release back into the water and replace with the donated blue lobster.

The Collins family is giving the second blue lobster to a friend who is opening a new shop in Hingham where it will be on display in their tank (details to follow soon on the shop opening)! 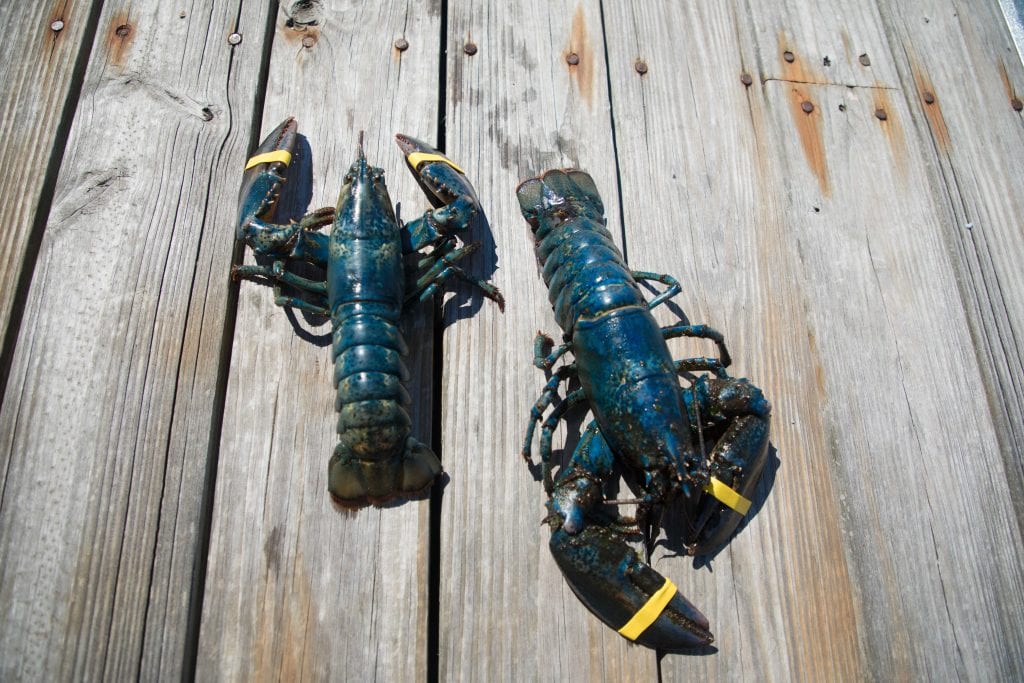 Congrats to Bill and Chris Collins - we hope you'll buy a lottery ticket next!