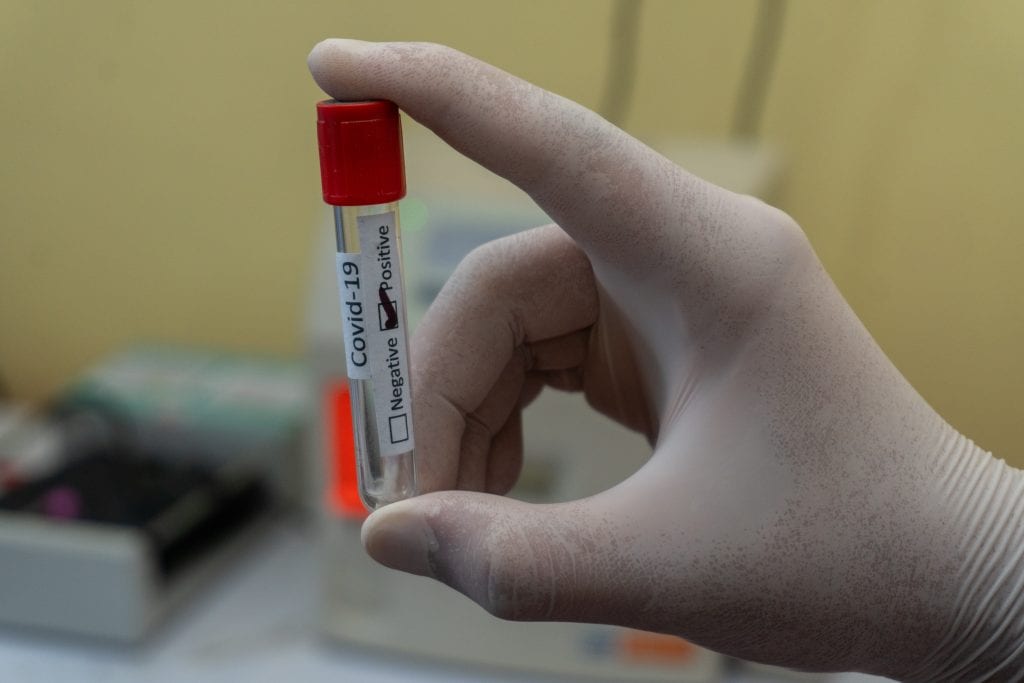 In the wake of a spike in the reported number of COVID-19 cases across the nation, in Plymouth County, and also in Hingham, the selectmen approved a license agreement for a temporary COVID-19 testing site at 308 Cushing St. -- the former Hingham Municipal Lighting Plant field personnel office -- with Hingham-based Mpathy, LLC,  tonight during a remote meeting.

Hingham remains in the "yellow" zone for the third consecutive week, with 47 new cases reported by the Massachusetts Department of Public Health today, and 82 in the last 14 days -- for a total of 551 cases since Jan. 1.

The testing site -- which is spacious for social distancing purposes and well-ventilated, with a large parking area -- could open as early as late next week, offering PCR testing  (usually done through a nose or throat swab). The hours will be Monday through Saturday, from 7 a.m. to 4 p.m.

The plan has been in the works for a week. "There has been an incredible investment of time [among Hingham Executive Health Officer Susan Sarni, town and public safety officials, and Mpathy owner and Hingham resident Jackson Stone] to make this happen," Selectmen Chair Mary Power said. "It's something Hingham can be proud about doing during this challenging time. Let's collectively hope that the need for this facility goes away sooner rather than later, but it's good to know that we have an additional testing resource for the community."

Police details will help prevent traffic backing up onto Cushing Street and will assist with foot traffic.

The town has the option to -- with seven days' notice -- cancel the contract before the March 1, 2021 expiration date, request a reduction in the number of days it will operate if the need for testing goes down -- or to ask that the center remain open seven days a week if necessary to accommodate the demand for testing. Face masks are required. There's a testing capability of roughly 150 a day maximum, with an expected average of 20 to 25 per hour.

Stone provided an overview of the proposal prior to the Selectmen voting unanimously to approve it later in the meeting. "We partner with organizations and municipalities to help create testing sites that don't put an untenable economic burden on a town," he said.

The Town of Hingham will make an initial deposit of $20,000 "to ensure Mpathy has the means to ramp up, hire employees, and to get things rolling," Town Administrator Tom Mayo explained.  That amount will be offset based on the number of asymptomatic (not displaying symptoms) people tested each week.

"The town will be backstopping some of Mpathy's risk," Mayo said. This will come in the form of a $4,000 per day fee if there are fewer than 25 asymptomatic tests administered on any given day; $1,800 for between 25-75; and over 75, no cost to the town because of the amount of revenue that would be generated at that point from asymptomatic individuals getting tested. Stone said once the testing site is up and running, it's likely the over-75 threshhold will be met.

The initial upfront and any daily costs to the town through the end of the year are eligible for CARES Act reimbursement, with additional funding a possibility in the future (not definite), according to Mayo.

If a test result is positive, a member of the MPathy staff will notify the person who was tested, the Hingham Health Department, and the state. That individual will be expected to quarantine, and contact tracing -- which involves notifying those who have come into contact with individuals who have tested positive -- will be implemented. Sarni said a temporary Health Department worker will assist with the contact tracing beginning next Monday.

Test results typically come back the next or the following day.  For those who are asymptomatic but want to be tested, the cost is $140.  For symptomatic individuals who are tested, MPathy bills their insurance company.

CareWell Urgent Care in Norwell often has long lines of people waiting to get tested, and Power said she has seen social media posts from Hingham residents about this issue. "The Hingham testing site will help stem the tide," she said.

Selectman Joseph Fisher said that after observing the long lines there, he "was convinced that Hingham residents deserve something better. I'm encouraged by this opportunity."

Hingham resident Dr. Mark Rockoff commended those involved in bringing the testing center to reality so quickly. "It's a terrific idea coming at a time when there's a COVID-19 surge," he said.

Appointments may be made at mpathy.org. While walk-ins are welcome, those with scheduled tests will be given priority, along with Hingham residents and town employees.