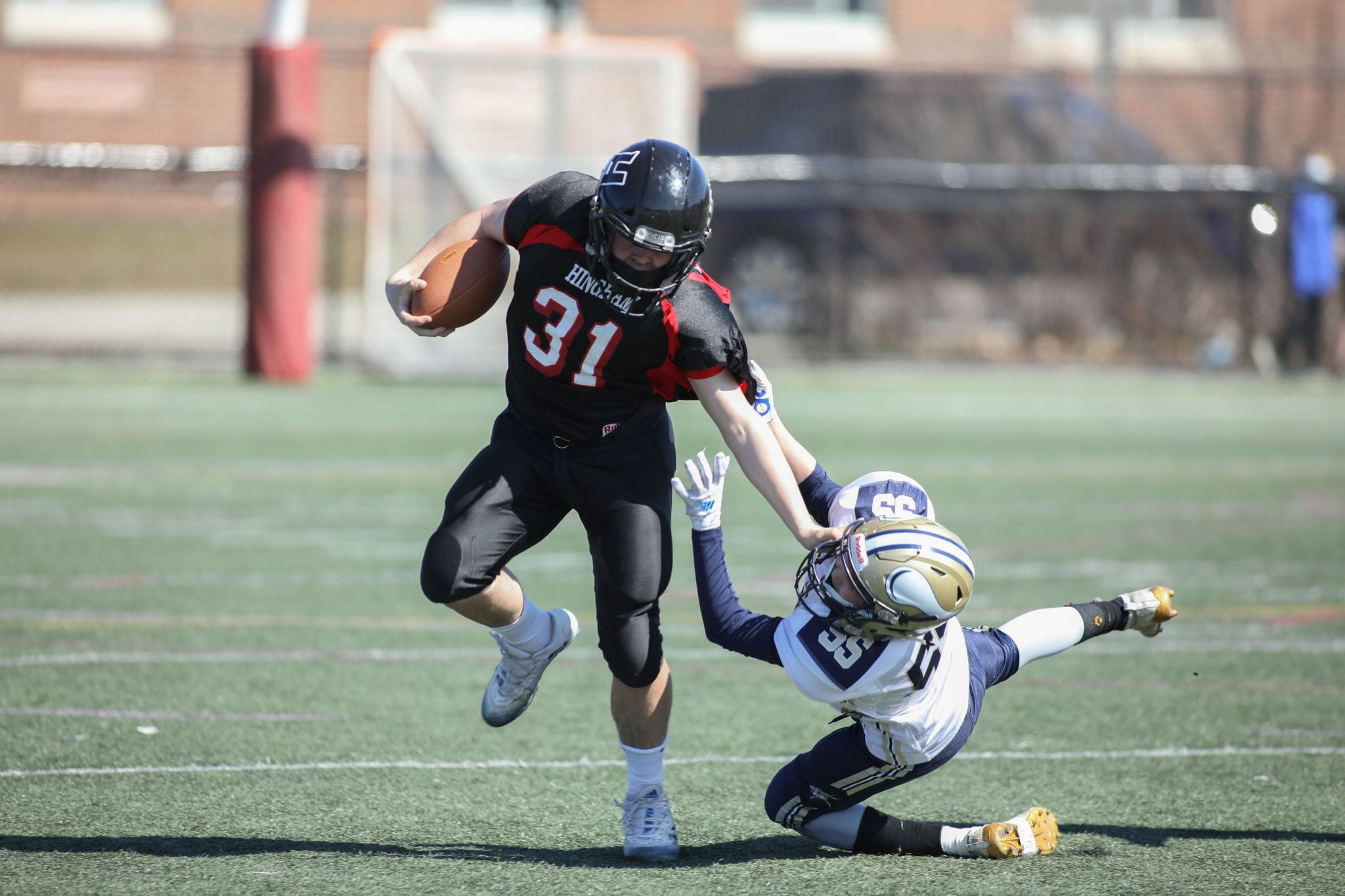 Hingham Raiders 8th grade football team hosted the East Bridgwater Vikings this past Sunday at the high school. The Raiders got on the board in their first possession of the game, marching down the field 85 yards capped with a 10 yard touchdown pass to Ryan St. Croix from the Raiders QB Jake Varholak. Varholak was able to convert the 2pt conversion with a QB run. The Raiders took an early 8-6 lead.

The defense after giving up an early TD to the Vikings played intense and gave Vikings problems all day led by middle LB Andy Ross with  Matty Cummings, Alex Levy and Brendan Crouch contributing to with big plays Sunday afternoon.

The next Raiders score came with 1 second remaining in the first half with a 10 yard pass from Varholak to Drew St. Pierre. The Raiders ended the half leading the Vikings 14-6. Hingham didn’t waste time with its first possession driving down the field with a stellar 15 yard catch by St. Pierre from Varholak, bringing the Raiders to Vikings 2 yard line. Mason Lennon ran the ball in for a Raiders touchdown giving Hingham a 20-6 lead.

Thats all the Raiders would need to win the game 20-6. Hingham plays Pembroke, who are also undefeated this season on Saturday at 6:30 pm at West Bridgewater High School.