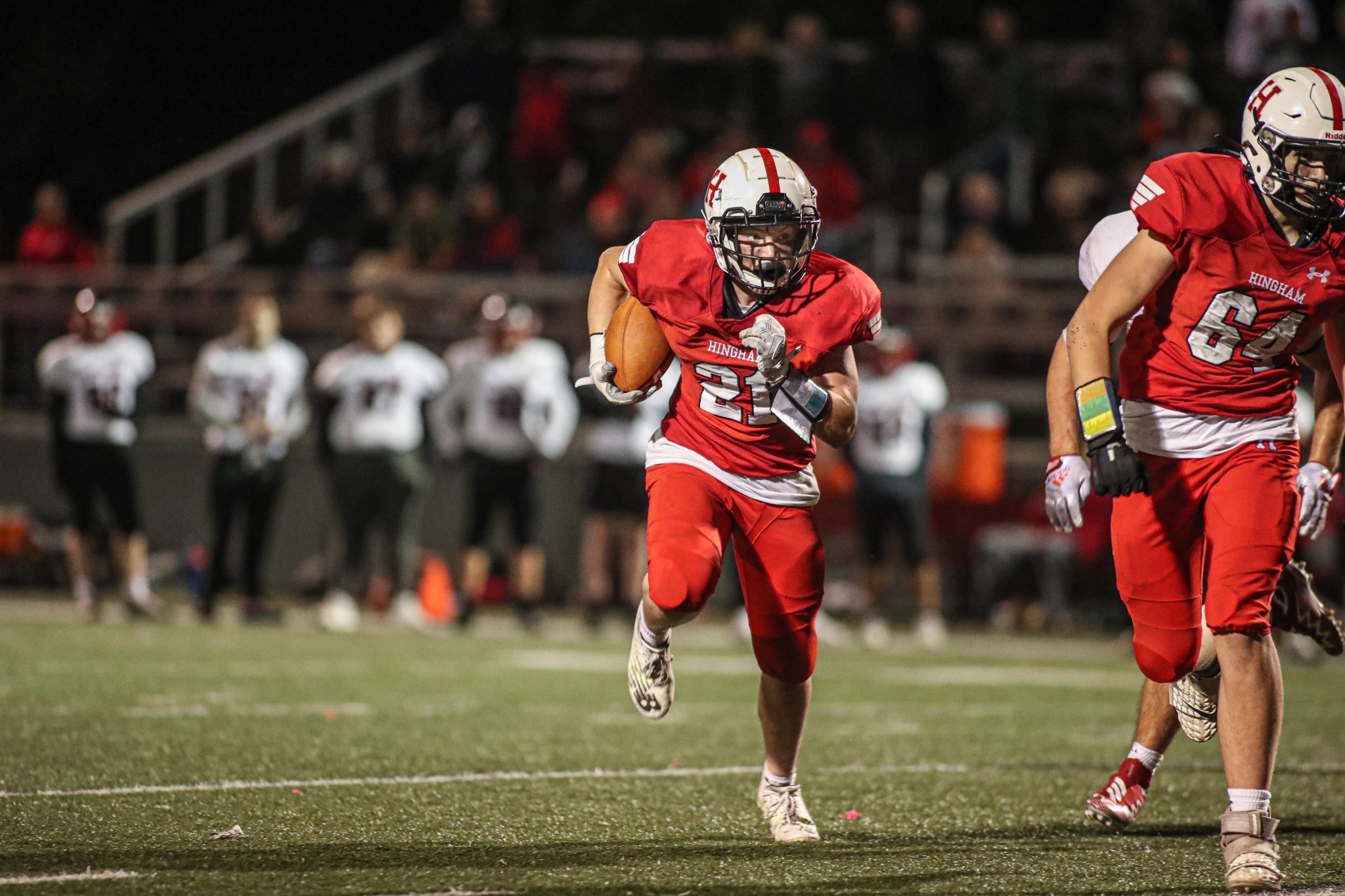 Opening the season with four home games gave Coach Nutley and his Harbormen a chance to get off to a good start.  They’ve taken full advantage of that and are now 4-0 heading into their first away game of the season Friday night against Marshfield.

Their 13-7 win over Whitman-Hanson last night proves they can win multiple ways.  Whether it’s a 49-0 blowout, a come-from-behind win, or a good old fashion slugfest, they’ve been doing it on both sides of the ball consistently for the past month.  Even with some key injuries, the wins keep coming and their confidence continues to grow.

The defense continues to be the strength of this team, however, the running game is certainly giving them a run for their money.  With starting RB Will St. Pierre going down last game with an upper body injury and out for the year, junior Jeremy Aylward has stepped in and the ground game hasn’t missed a beat.

“Jeremy’s a baseball player who plays football for us,” Nutley said after the game. “He runs hard.  He’s a downhill runner, which is nice.  He’s really, really stepped it up for us two weeks in a row.  I’m excited to have him on the team.  He doesn’t say a word.  Just says ‘coach, I’m going straight ahead,’ which is awesome.”

Both Nutley and Aylward credit the O-line for the effectiveness of the run game.

“The O-line was great,” says Aylward. “ We made some adjustments at halftime switched things up and it worked well.”

Other than one big pass play, the defense pretty much shut down the Whitman-Hanson offense.  While the Panther’s offense threw slightly more than most opponents this year, the secondary did a nice job break up passes or stopping receivers for no additional yards after the catch.  The front seven, which it has done consistently over the past four games, bottled up their run game throughout the game.

While praising his defense is a common occurrence for Nutley each post game, this week he took time recognize Hingham’s student section, the Red Army, after the game.

“The Red Army was awesome tonight again,” he said enthusiastically.  “They get our kids fired up.  When you come out at the beginning of the game it’s a nice environment.  I said right before we came out (at halftime) those guys out there are busting their ass for you guys.  Let’s make sure we give them a hell of a show tonight and send them home happy.  I think we did.”

The players definitely feel the impact of the crowd as well.  Aylward credits their energy and uses them as motivation throughout the game.

“It’s electric,” he says. “You come in here right before the game starts and you want to perform well for them.  They’re really supportive.  It definitely makes a difference for the other team too.  Everybody’s talking about it during the week. It’s great what they are doing.”

The Harbormen will have a big test against the Rams on Friday night.  Their first road game in a place that’s always tough to play.  While their record may not reflect it, they are still one of the top teams in the league.

“The best 2-2 team in the state I think,” Nutley said. “They’re pretty damn good. They’re starting to click a little bit, which is scary for some teams.  We just need to do our job. Be able to run the ball against them. Defense (needs to) fly around, make plays and hopefully things will turn out the way we want them to.” 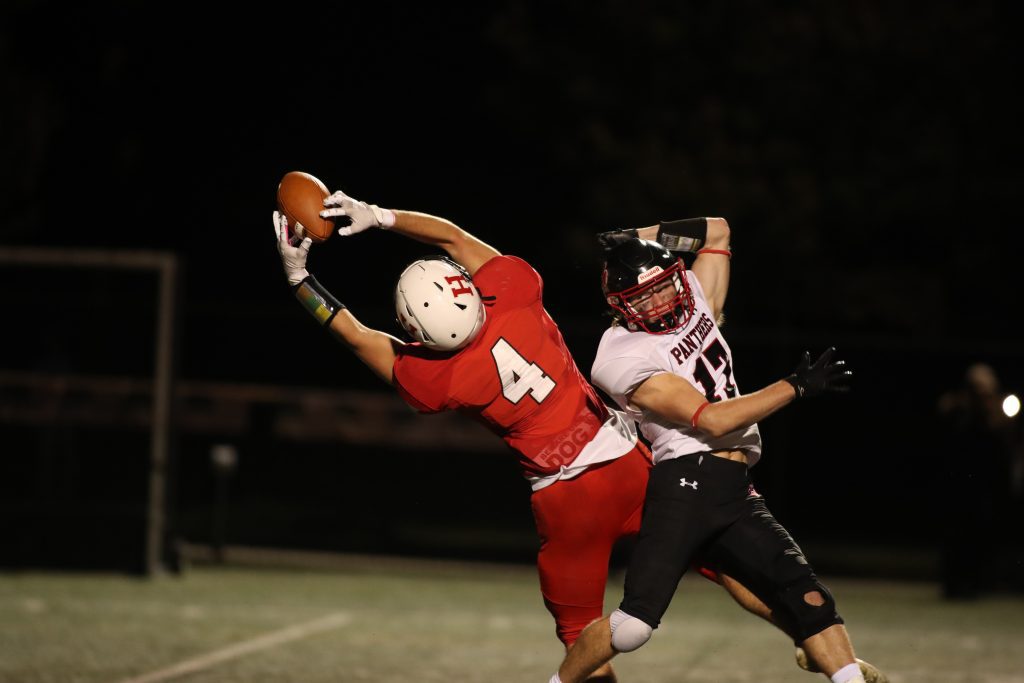 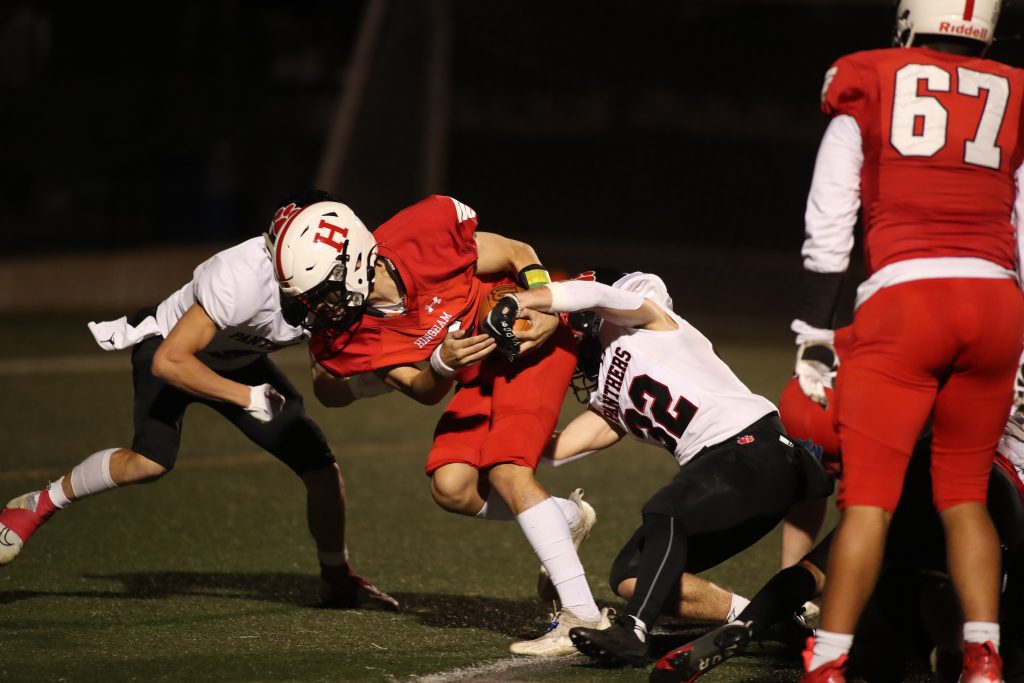 JuniorQB Jack Nicholas runs it in for the game's first TD. 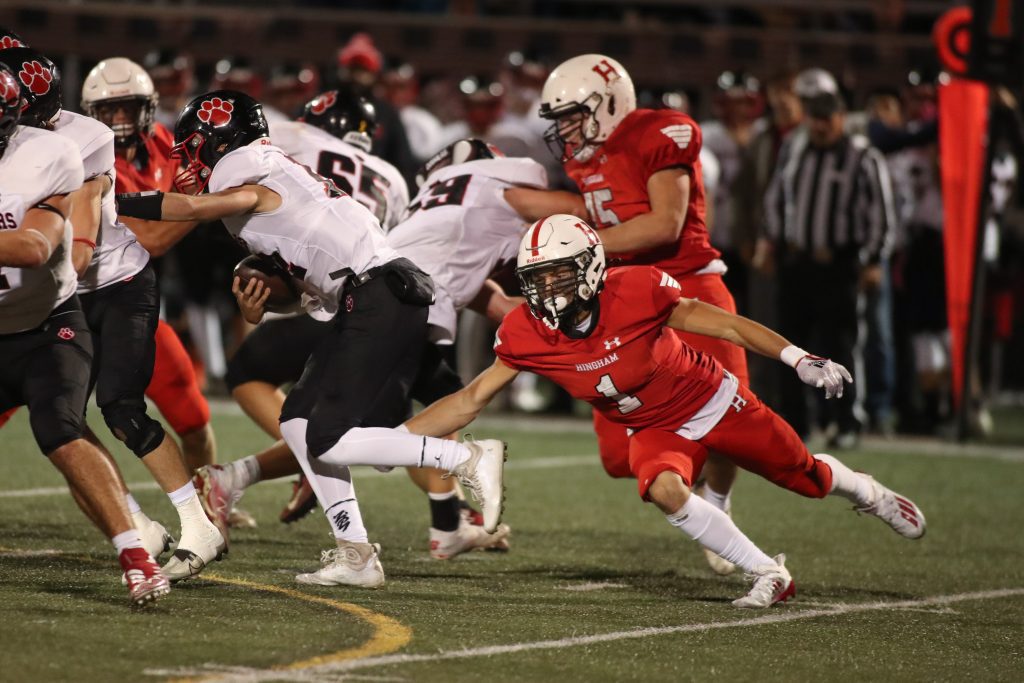 Senior captain Tony Fabrizio comes off the end and dives to trip up the QB. 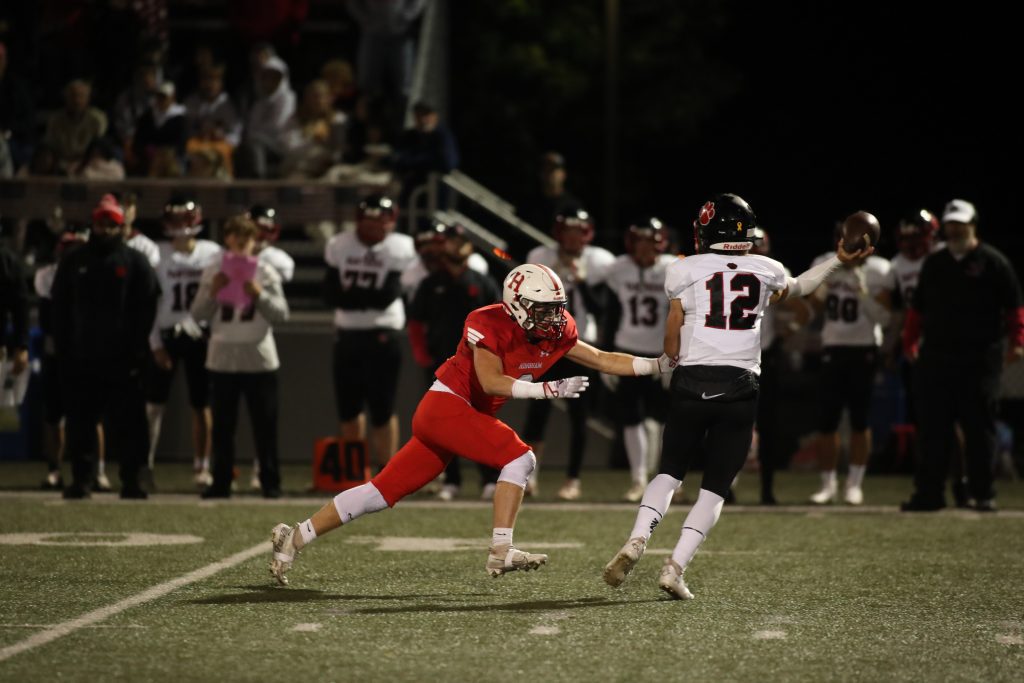 Senior captain Johnny Heffernan forces the QB to throw the ball away. 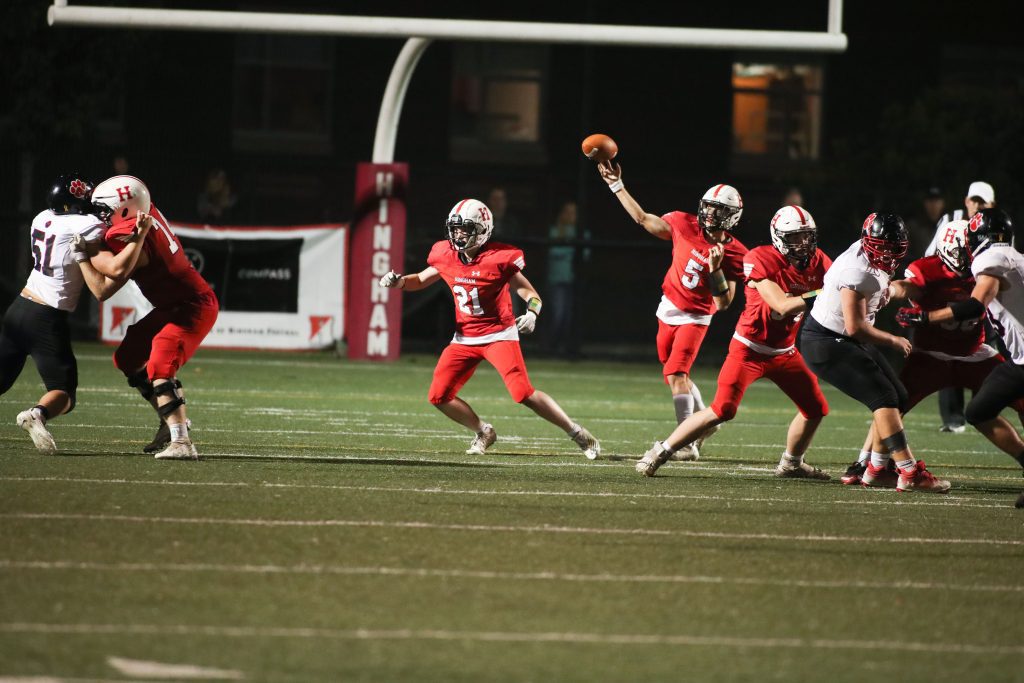 Junior QB Jack Nicholas competes a pass in the flat in the second quarter. 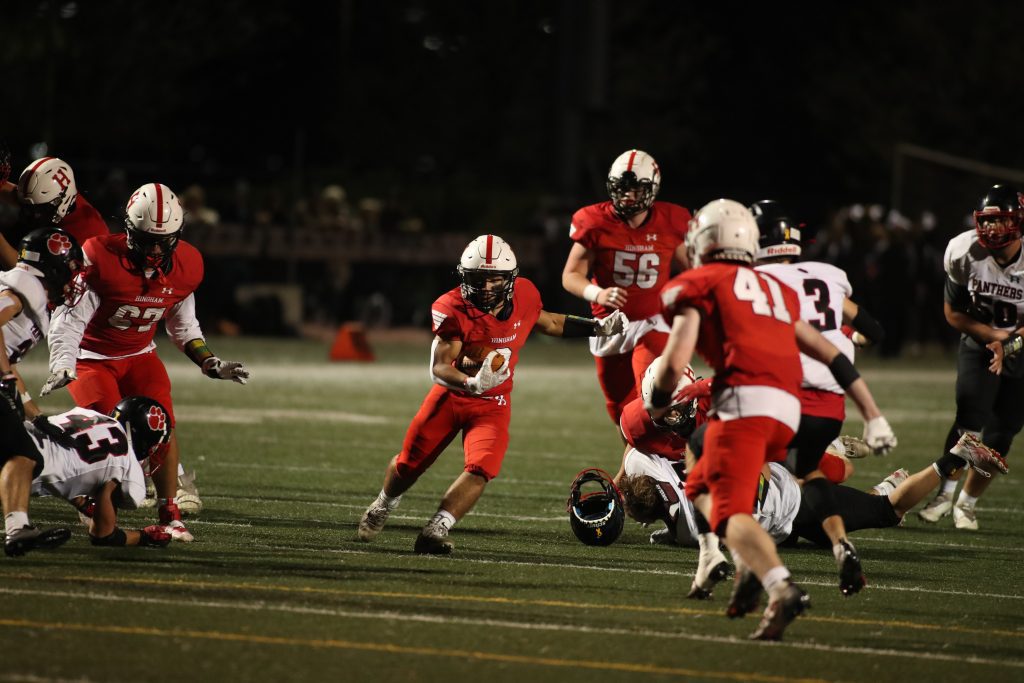 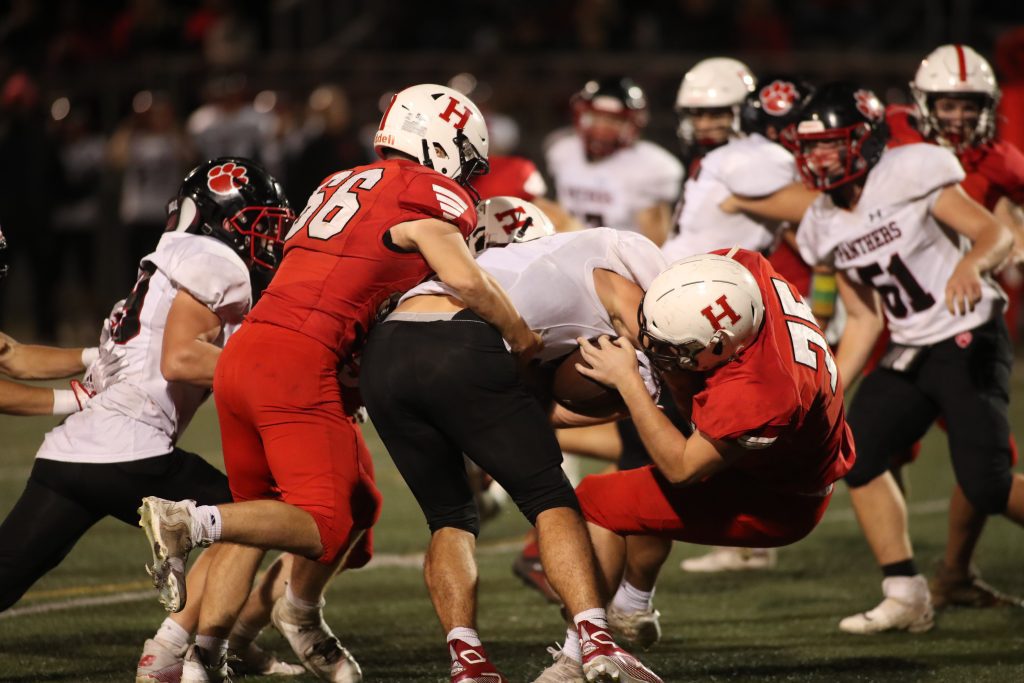 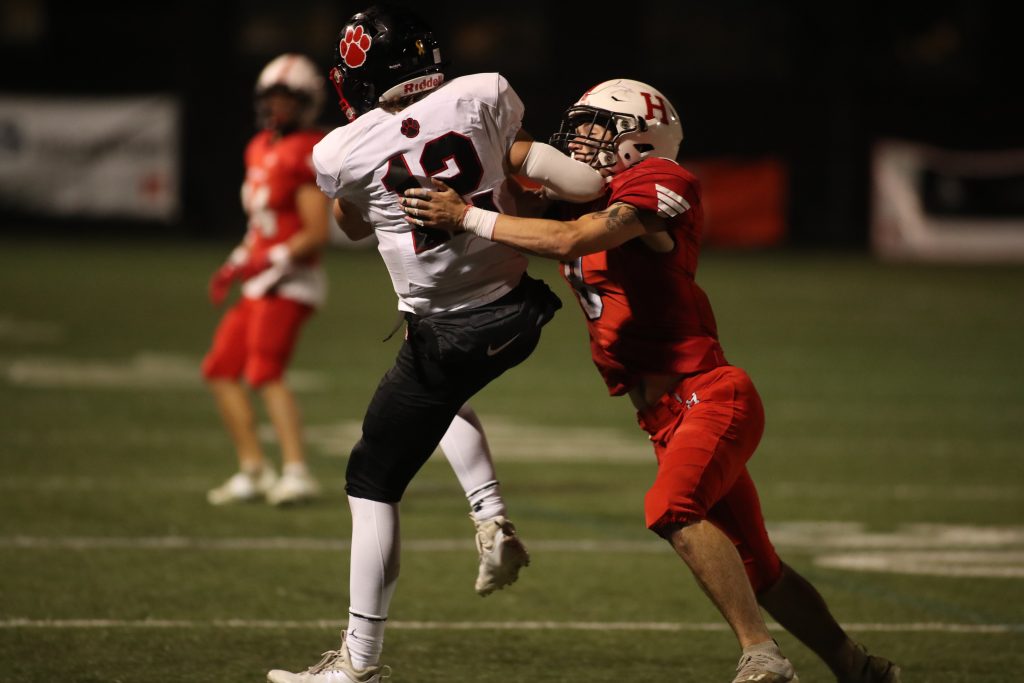 Senior captain Ronan O'Ciardubhain forces the QB out of bounds for little gain. 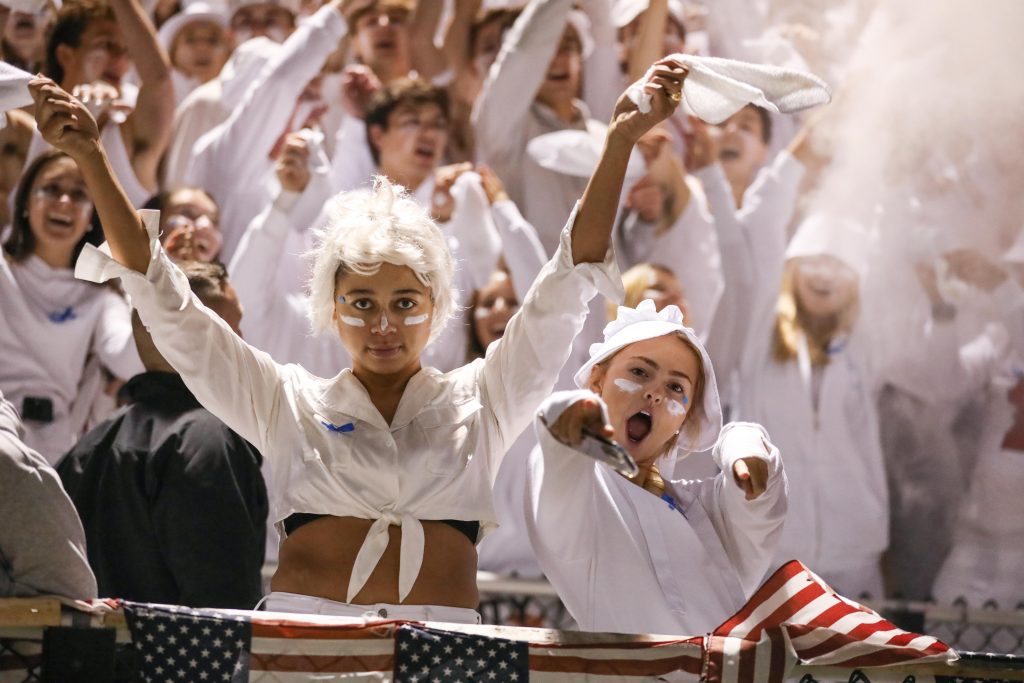 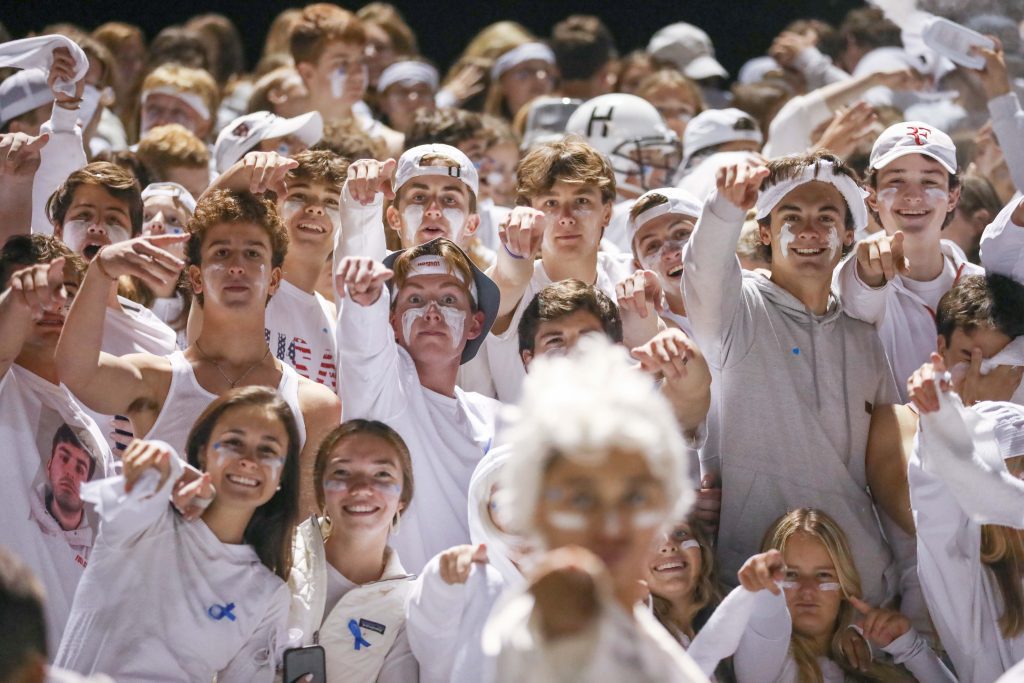 Each game, the student section gets decked out in a predetermined theme. 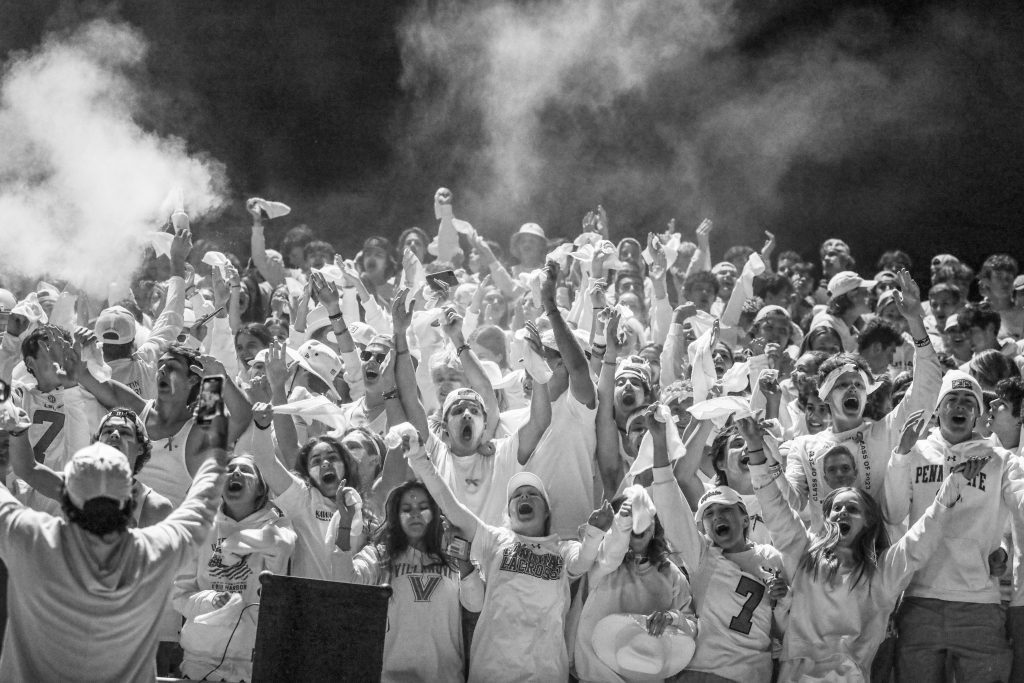 A student section second to none. 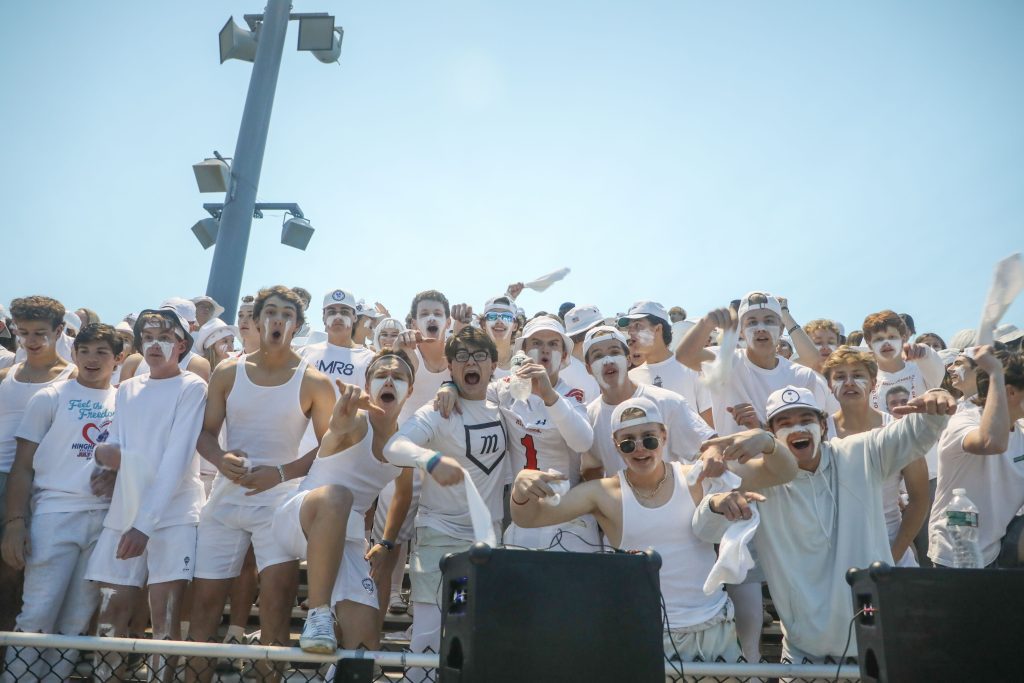 30 minutes before the game, the stands are packed.