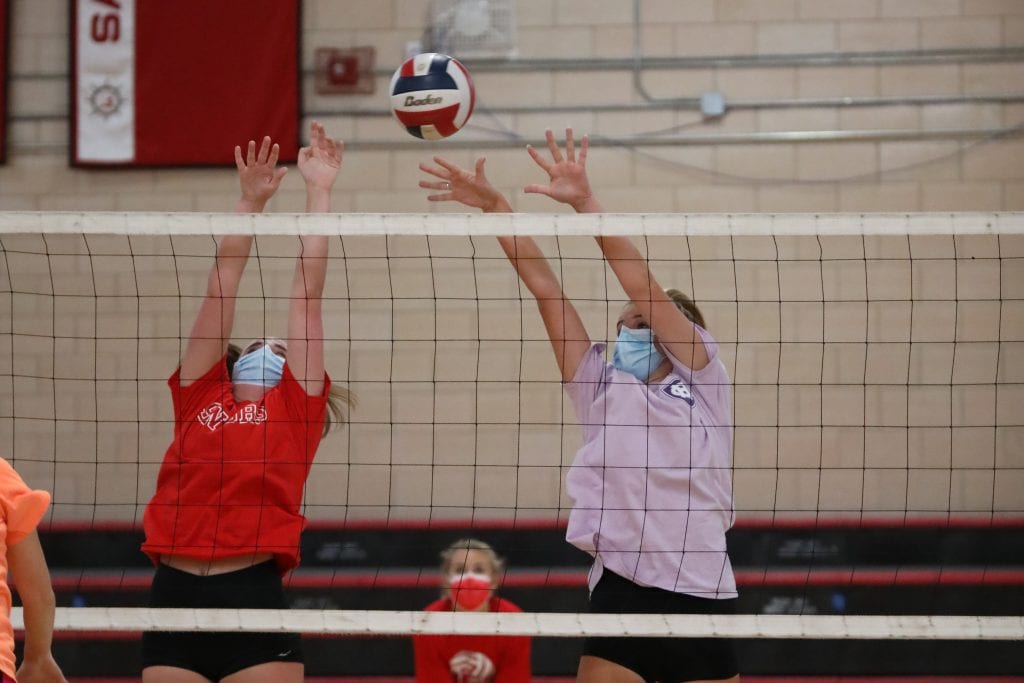 This 2020 Harborwomen Varsity Volleyball team has been years in the making. With 9 seniors leading the way, the lineup this year will be a force to be reckoned with.

"I am extremely lucky to be taking over the program at this time,” Coach Katelyn Sassorossi (“Coach Sass”) said. “I have an experienced team, many of which I have been working with since they were in elementary school. I am honored to be their coach their senior year. Their team chemistry is undeniable and should lead us to a successful season."

The Harborwomen played their opening game at Marshfield on Thursday, shutting out the Rams 3-0. Despite changes in game rules and requirements to wear masks during play due to COVID, the Harborwomen appeared to be unphased as they came out tough as nails in the first game winning 25-12. Carly Kennedy, Senior Captain, set the tone off the bat with a service ace. 6’3” Junior, Lilly Steiner, followed that up with a kill and block to secure the next couple of points. After a brief possession by the Rams, Senior Captain Haley McConnell scored three service aces in a row. The trend continued with multiple kills by Senior Captain Shea Galko and kills and service aces among Louise Kenny, Lilly Steiner, and Zoe Bogle.

The second and third games delivered much of the same success. The Harborwomen defeated the Rams 25-17 in the second game and 25-15 in the third game. Amazingly, all 15 players were able to participate and contribute in some way to the overall team success. Although Hingham fans were not allowed in the game, the spirit and team comaraderie from the sidelines was deafening.

The JV and Freshmen teams were also victorious, winning 2-0 and 2-1, respectively.

The first home game will be against Whitman-Hanson on Thursday, October 8th. Due to COVID restrictions, spectators other than invited guests of players (2 maximum) are not permitted.