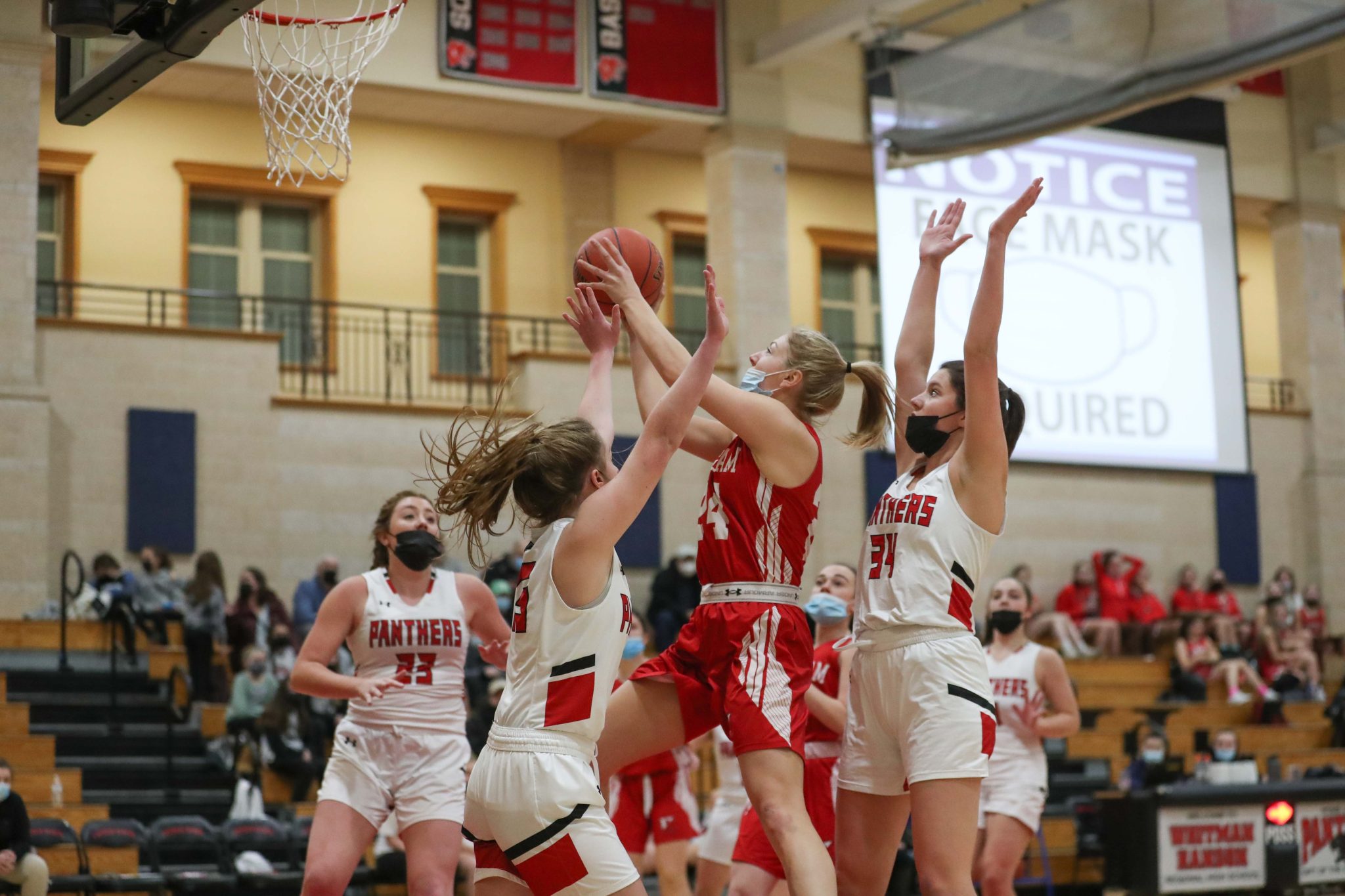 Senior captain Perry Blasetti drives to the basket in the first quarter.

For three quarters, the Harborwomen kept pace with the top-ranked Panthers, but in the end, the high powered Whitman-Hanson team found their shot and ratcheted up their defense, outscoring Hingham 22-8 in the fourth quarter.

For most of the game it was a defensive battle that saw Hingham take a 9-6 lead after one quarter.  Both teams had a number of turnovers but couldn’t quite capitalize on their opportunities.  The Harborwomen opened up the game in the second with a 14-7 lead but connecting on a some long passes down the court behind the Panthers’ defense.  Whitman-Hanson countered with two quick threes cutting the lead to one.

Hingham opened the second half with a two point lead, but the Panthers scored five unanswered points to grab their first lead of the game.  The rest of the quarter was a back and forth contest with some ties and few lead changes.  The Harborwomen were down by one heading into the forth, and unfortunately, never regained the lead again.  Coach Roland Millien utilized his whole bench throughout the game while Whitman-Hanson pretty much stuck with their starting five, which should have given Hingham an advantage in players being fresh, but it didn’t work out that way. The Panthers turned in on in the fourth, hitting four three-pointers, sealing the deal for the Panthers’ 54-37 win.

“We need to work on ball faking,” said Millien after the came. “We telegraph way too many passes.  We’re not talking defensively.  I said at the beginning of the year we can get away with doing some of these things versus someone who’s not a top-tiered team, but someone like Whitman-Hanson, who hasn’t lost a game yet, who has capitalized on plenty of turnovers, it’s going to bite us in the butt. In the last two quarters, we settled for too many jump shots. We started to look to the officials for calls, while not playing, and just looking for foul calls instead of attacking the basket.”

Any even though Millien wasn’t thrilled with some of the things his team was doing, he was encouraged with how they played through most of the game.

“Moving the ball,” Millien explained.  “We moved the ball perfectly.  We attacked the basket.  We didn’t settle for too many jump shots (early on).”

He added that games like these will give them experience and “help us out” in the long run as they finish up their season and head into post season play. 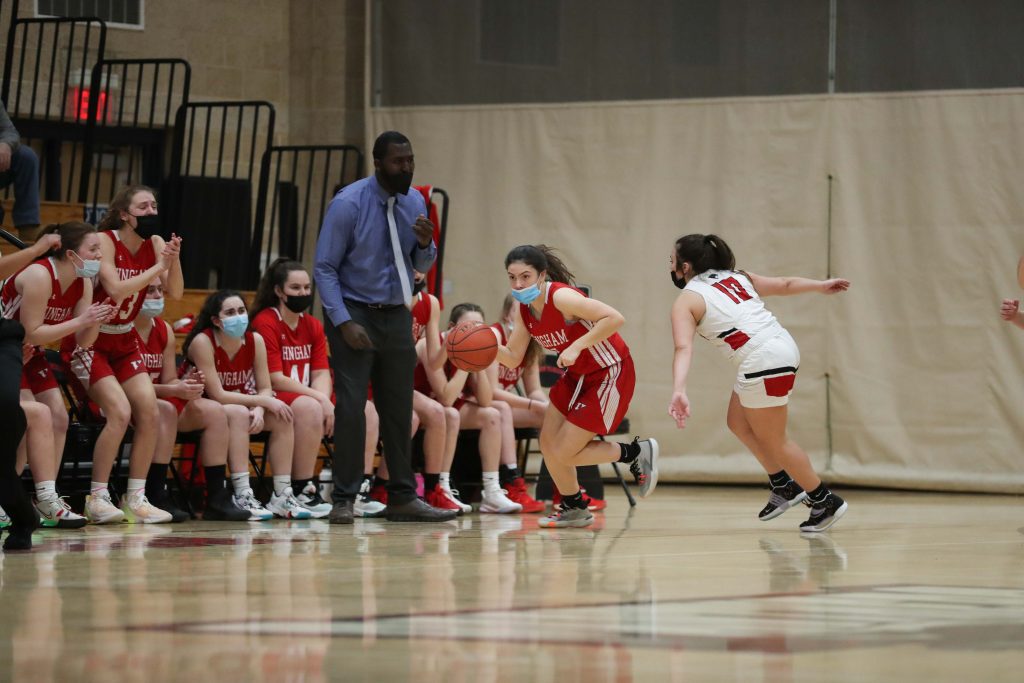 Junior Ellie Savitscus dribbles down the sidelines after stealing a pass. 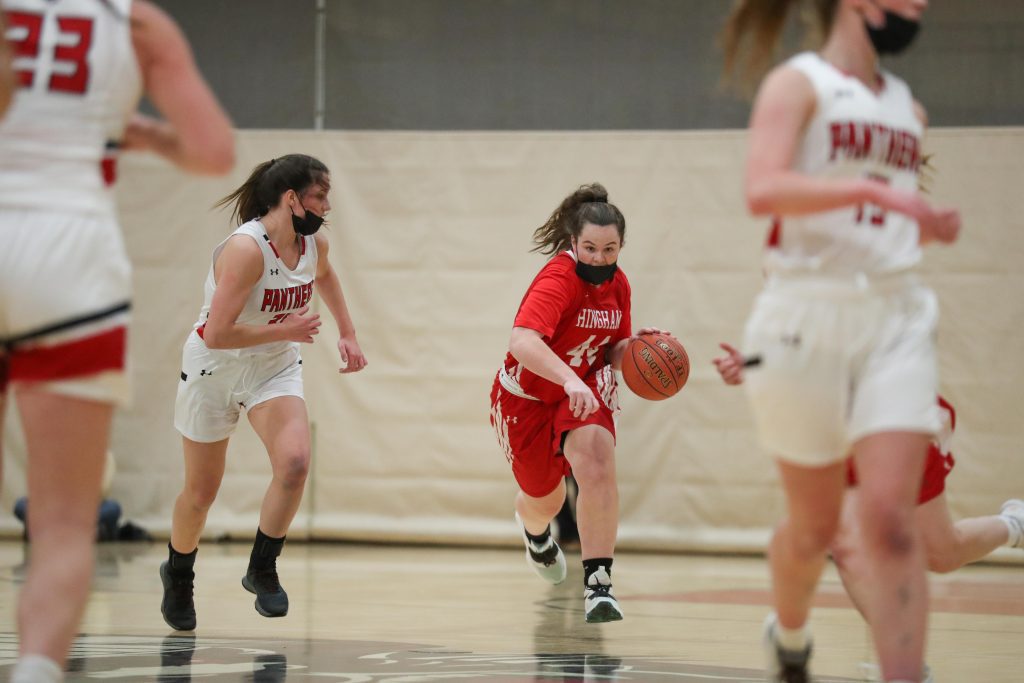 Junior Sarah Holler grabs a rebound and heads up court. 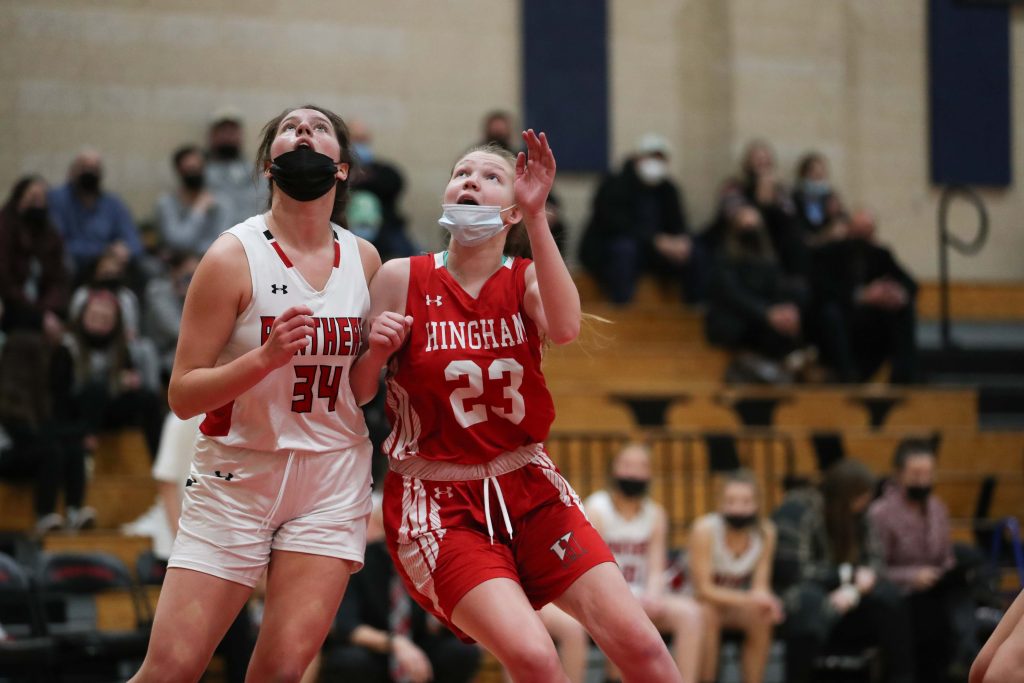 Senior Kathryn Wilson fights for a rebound under the basket. 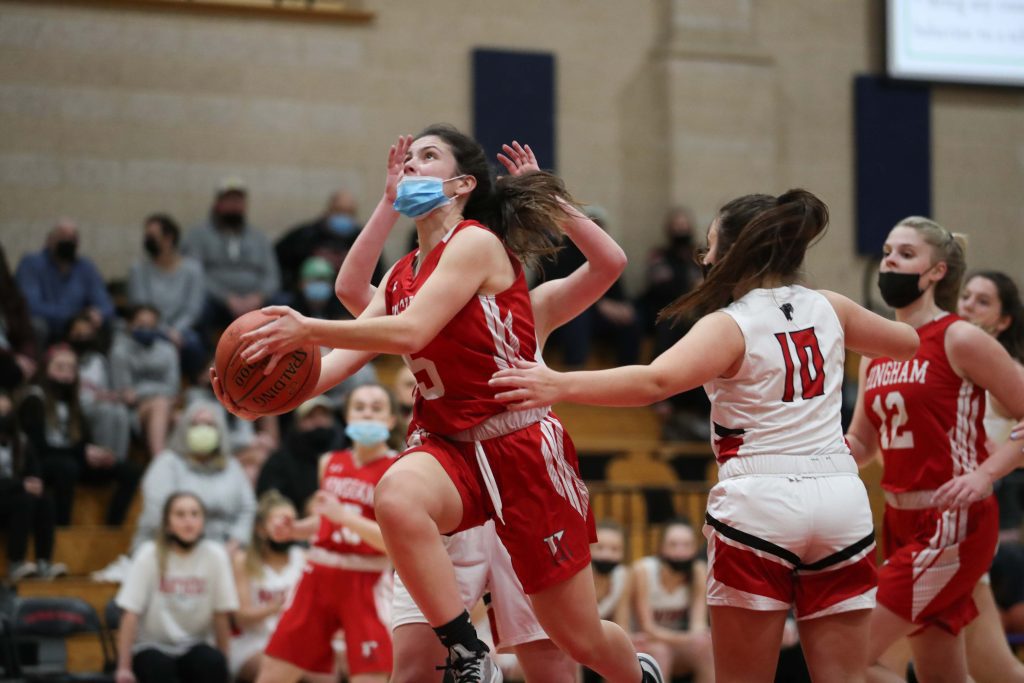 Junior Ellie Savitscus splits two defenders as she goes up for a layup. 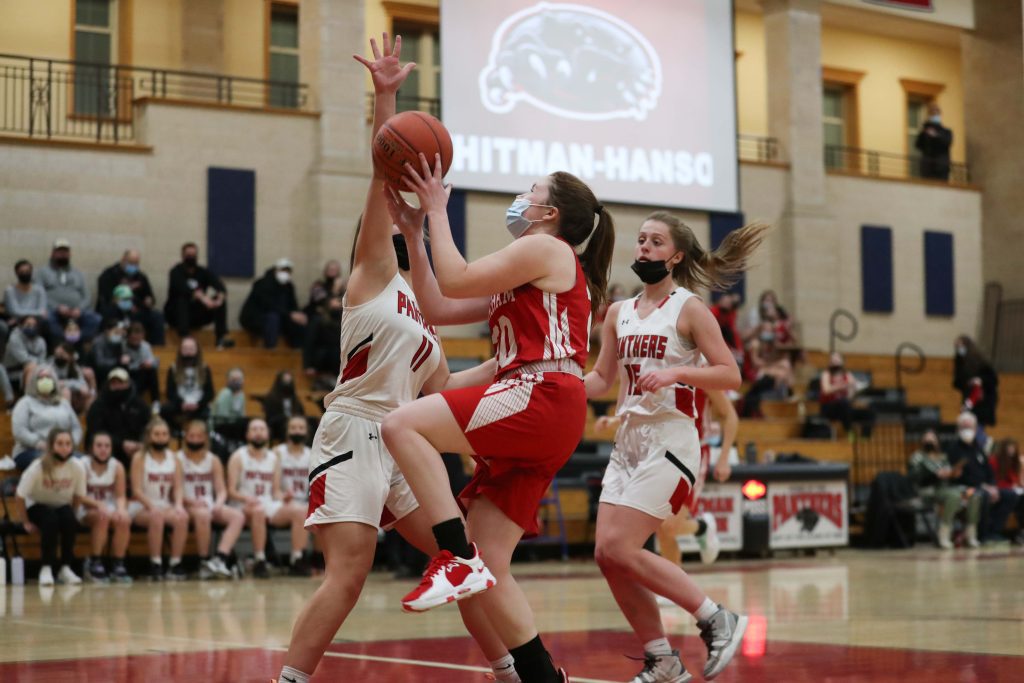 Senior Madison Alyward gets off a contested shot. 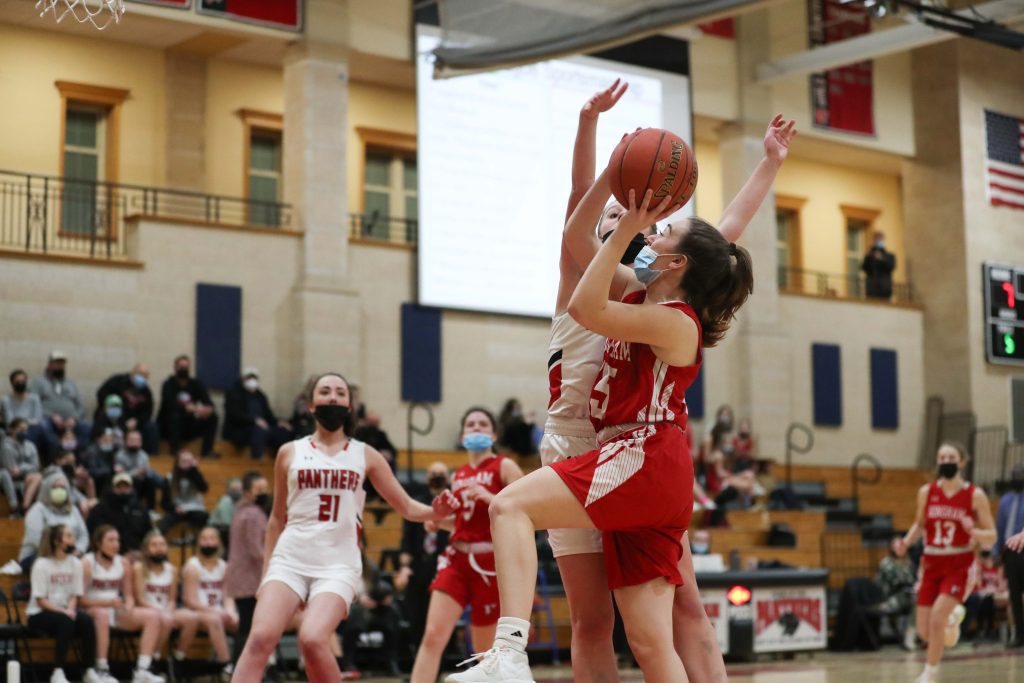 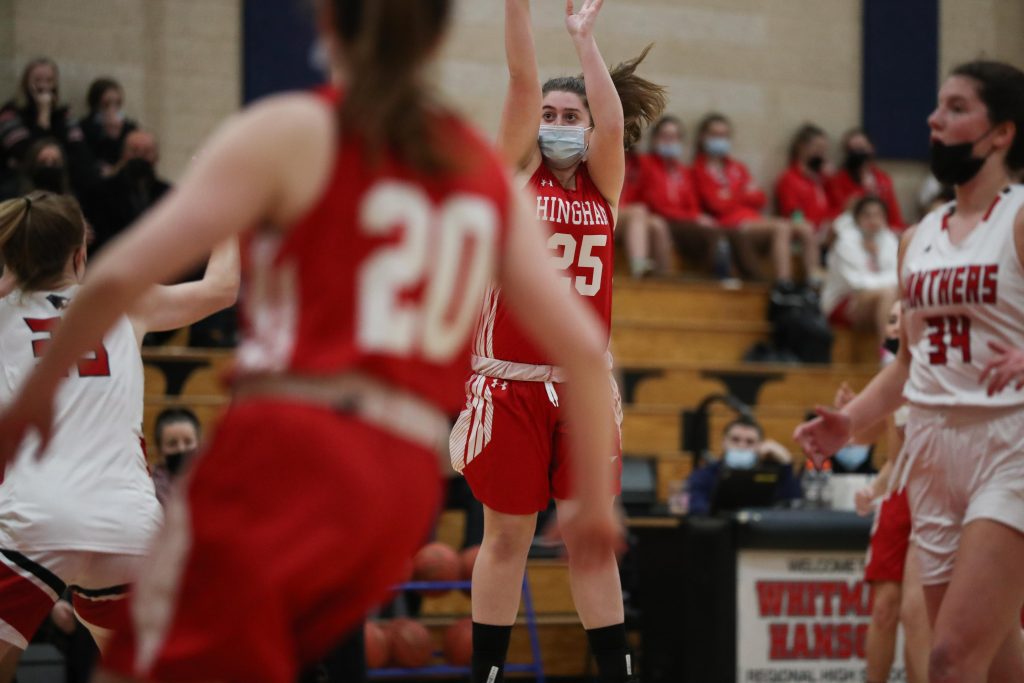 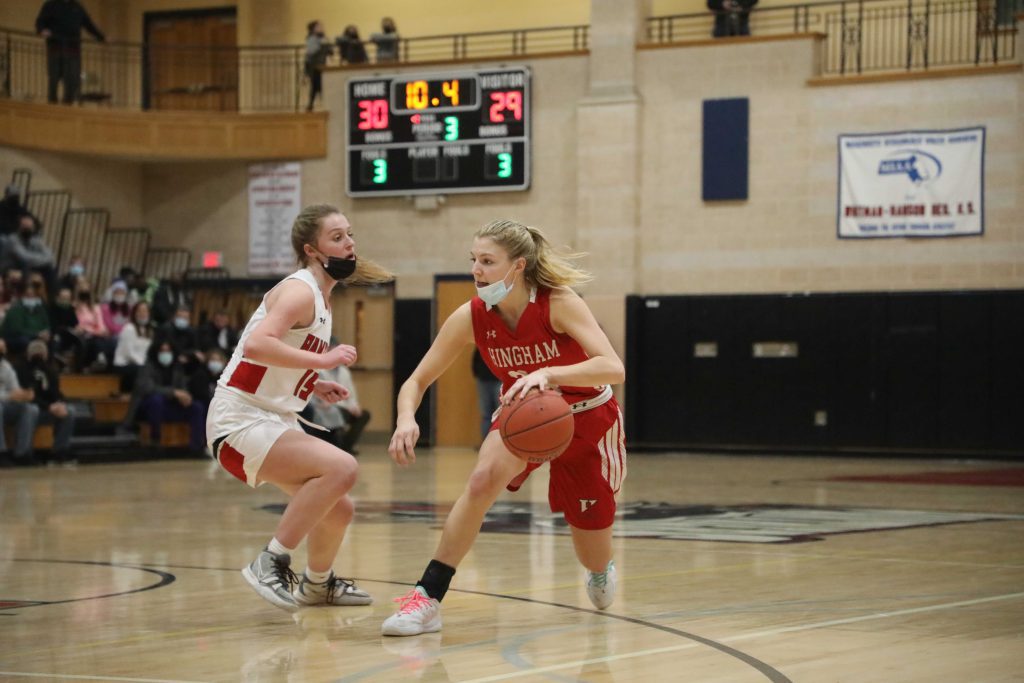 Senior captain Perry Blasetti looks for a final shot of the third quarter. 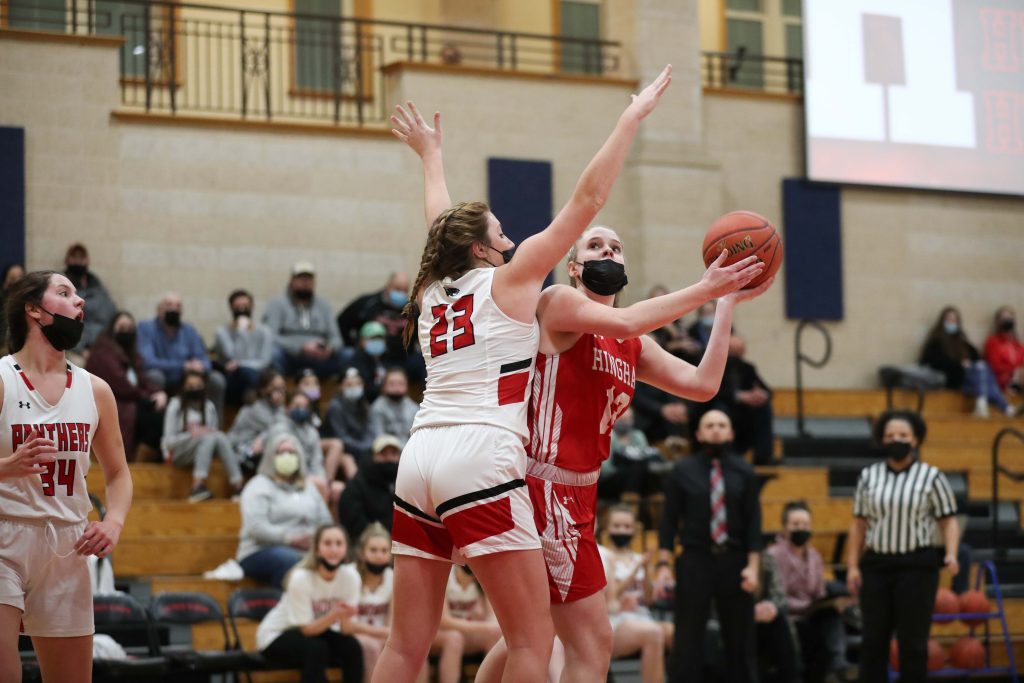 Senior Colleen Johnston looks to get Hingham back in the game. 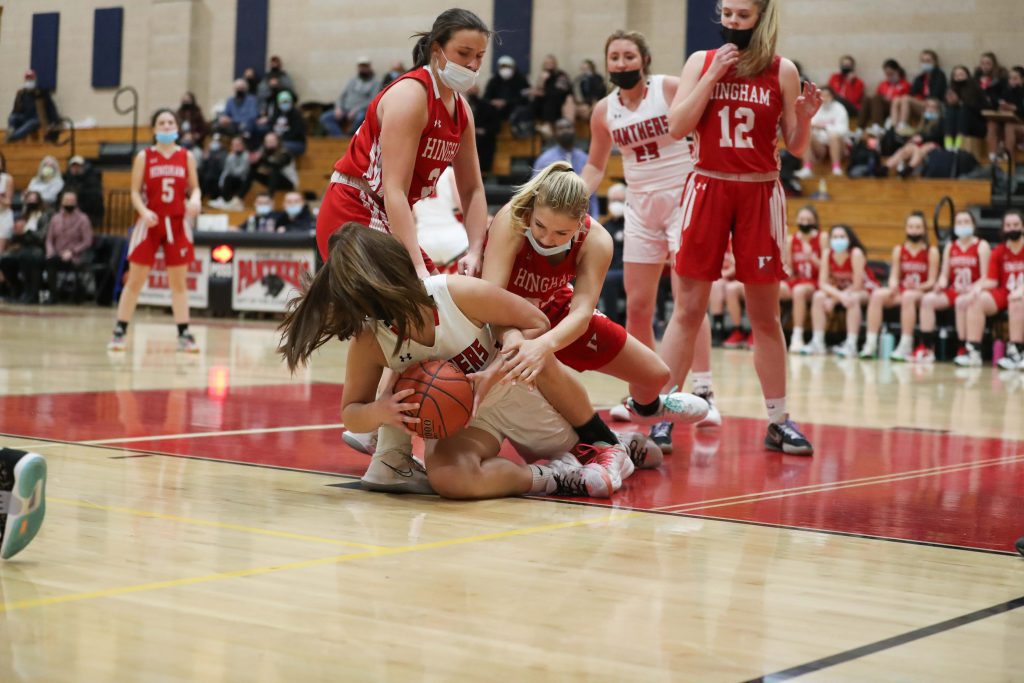 Senior captain Perry Blasetti fights for a loose ball in the second half. 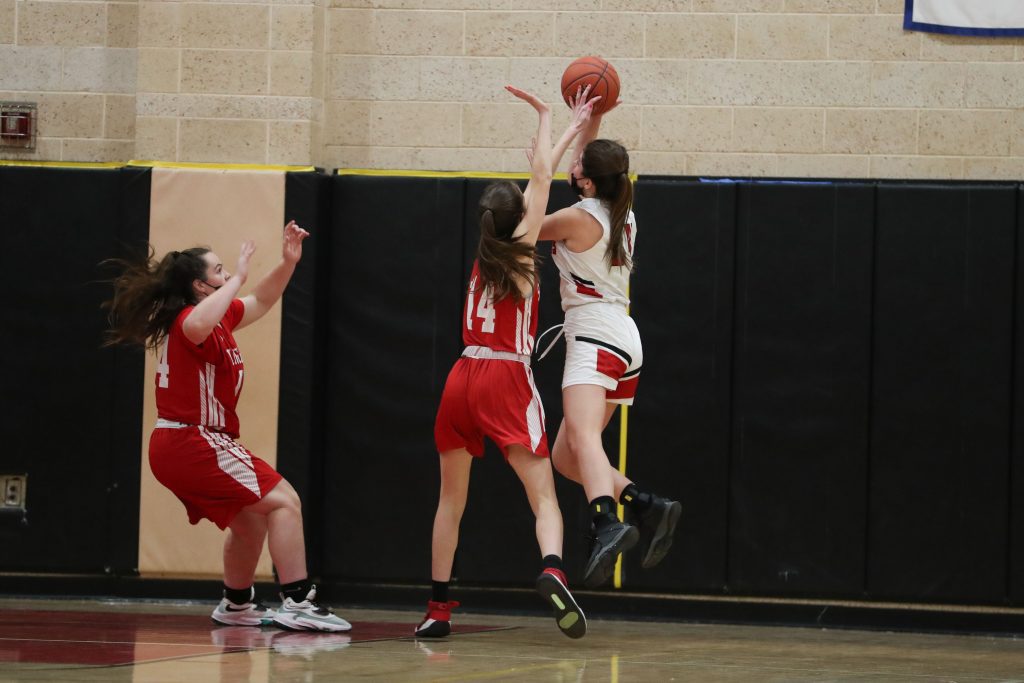 Sophomore Marissa Mathhews blocks a shot late in the game.