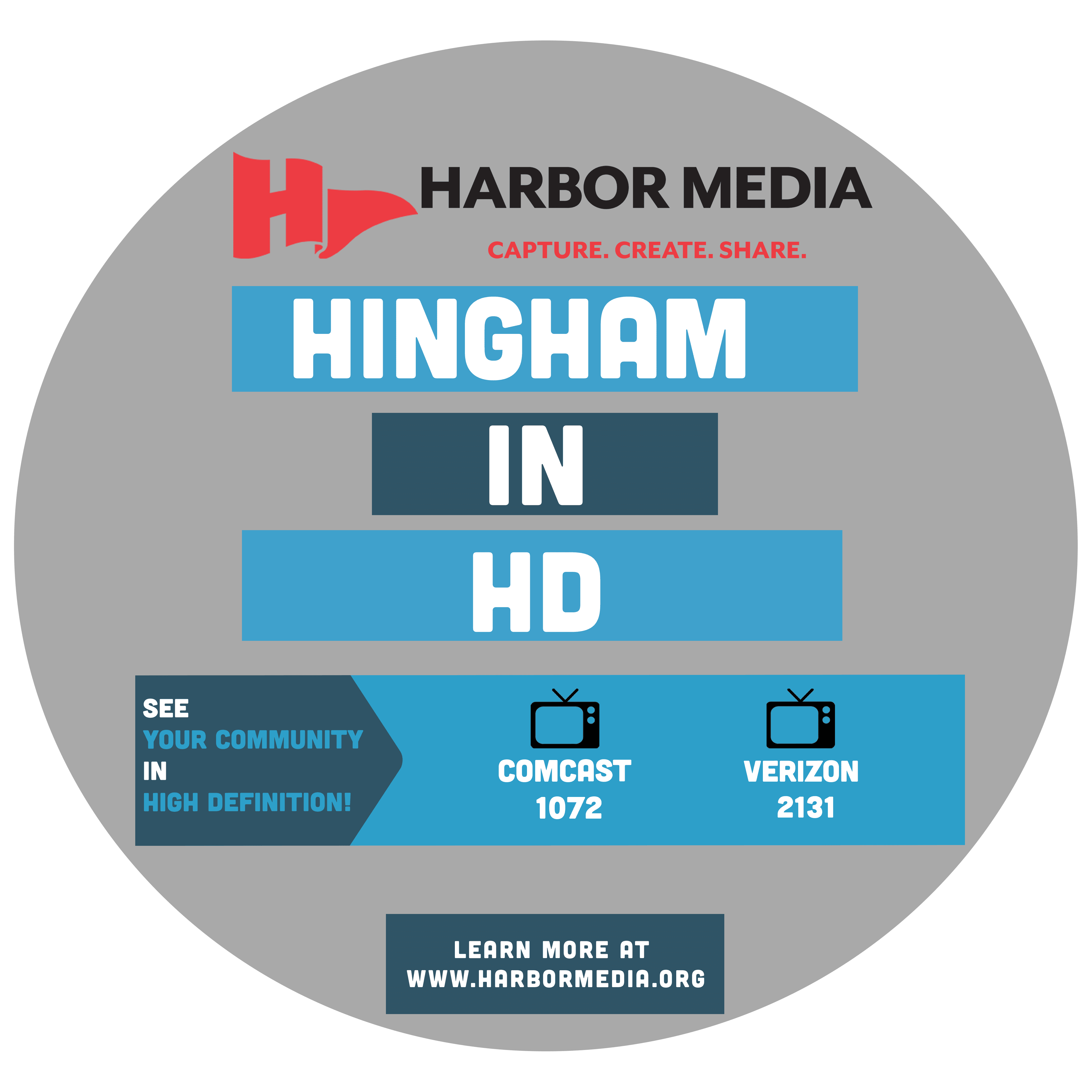 Harbor Media staff have been busy this past year completing innovative technology upgrades and increasing the amount of community-produced content to benefit its many Hingham viewers.

"We've trained more than 20 volunteers of different ages, all of whom have filmed and/or edited videos for the Harbor Media television channels," Executive Director Michelle Balconi told the Hingham Anchor.

One of the biggest accomplishments is the addition of high-definition viewing for Comcast and Verizon subscribers.

Harbor Media is a non-profit in its 10th year of providing cable television service to the town through public, education, and government programming. Norwell oversight was added in November 2018. The Harbor Media team includes eight full-time and four part-time employees.

The facilities are located in the Hingham and Norwell town halls as well as a fully-functional, state-of-the-art studio and TV-set kitchen that is open to the public for filming at 35 Pond Park Rd., Hingham.

Community television is primarily in SD (standard definition, which is not of the highest quality), but through negotiations with town administration and the Cable Television Advisory Committee chaired by David Jones, HD (crisp high definition similar to what viewers experience when watching programming on network TV) was added for the benefit of Verizon subscribers in Hingham nearly two years ago, and now it's available for Comcast subscribers, Balconi explained.

Harbor Media Board President Laura Burns shared her thoughts about this enhancement. "We're delighted to finally have HD for our viewers. It's been frustrating to be shooting in HD for years and only have the capacity to show our work in standard definition," told the Hingham Anchor.  "I hope everyone will put our HD channel on their 'favorites' list in Verizon or Comcast and check out our Hingham-centered local programming."

Harbor Media can now show all programming on its two main channels (Comcast 1072 and Verizon 2131) in high definition. "We've been filming in HD for many years,  so now viewers can actually SEE it on most HD-capable televisions," according to Balconi.

Harbor Media now provides both live and video-on-demand scheduling, and closed captioning will be available soon.

Note that the Harbor Media TV schedule is live, viewers can see what is airing on the public (main) HD channels as well as the education and government channels.

"This means providing a live schedule similar to network TV as well as on-demand video, providing viewers with the ability to watch programming on cable TV and also on their laptops, tablets, and smart phones," Balconi said. "This is great for viewers who travel or live part-time in another state.  If someone would like to send the video on demand link to the Fourth of July parade or high school concert coverage, a graduation ceremony, an interview with the Hingham Unity Council, a football game,  or school committee meeting to family or friends out of the area, that's now possible."

There is no longer a fee to be a volunteer member of Harbor Media. "Anyone can present a program idea," Balconi said. "Our doors are open."

She expressed appreciation for the town's Cable TV Advisory Committee, who works with the town's lawyers to negotiate contracts with Comcast and Verizon to the greatest benefit possible for Hingham subscribers. "It takes several years to go through the negotiation process, and this culmination of offering HD and more community-based programming is fun and exciting," Balconi said. "We're very grateful for their efforts."