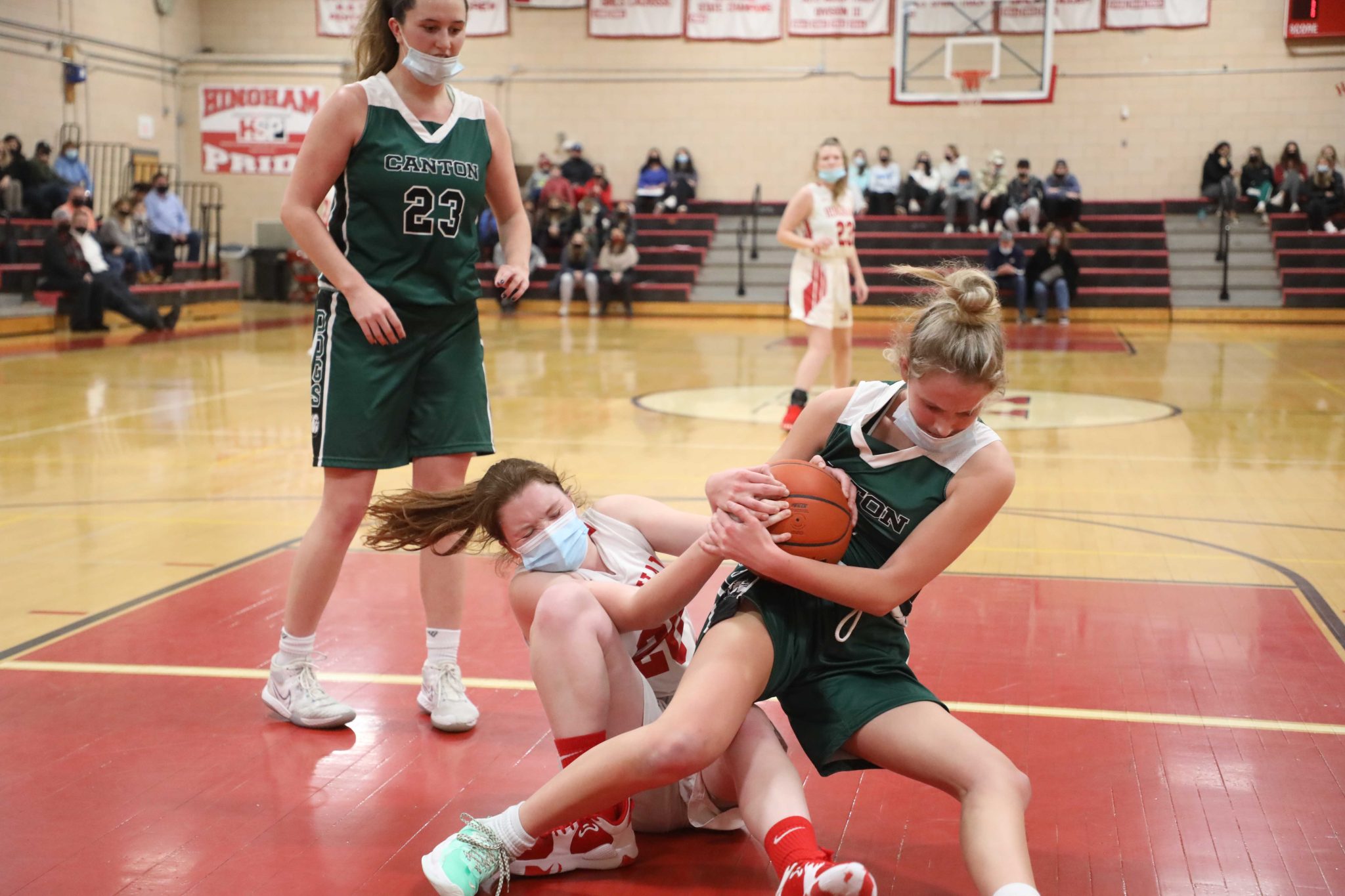 Senior Madison Aylward battles for a loose ball under the basket in Thursday night's loss to Canton.

Two things are pretty certain in basketball, no matter what level you play - it’s hard win back to back games against the same team and it’s even harder to win when your opponent takes twice as many free throws as you do.  After coming off a 51-42 win against Canton on Tuesday, both teams were back on the court Thursday, in Hingham this time, for the rematch.

The Harborwomen found themselves down early in the game, while senior captain Perry Blasetti picked up two quick fouls causing her to sit most of the first quarter.  Down 16-7 to start the second, Hingham’s deficit grew to 12 early in the frame.  The Harborwomen went on a 7-0 run, capped by a Blasetti 3-pointer.  They found themselves only down by 1, 26-25 at halftime.

It was a back and forth contest for most of the second half.  The big story was the discrepancy in free throw attempts.  Hingham went to the line just four times compared to Canton’s 14 attempts.  For the game, Canton when to the line almost twice as much as Hingham, 25-13.  It was still a one point game with three minutes left.  In the end, Canton pulled away giving them the win 57-52.

This was Hingham’s first loss of the season.  Blasetti led the Harborwomen with 21 points.  Next up is Plymouth South at home on Tuesday night at 6:30pm. 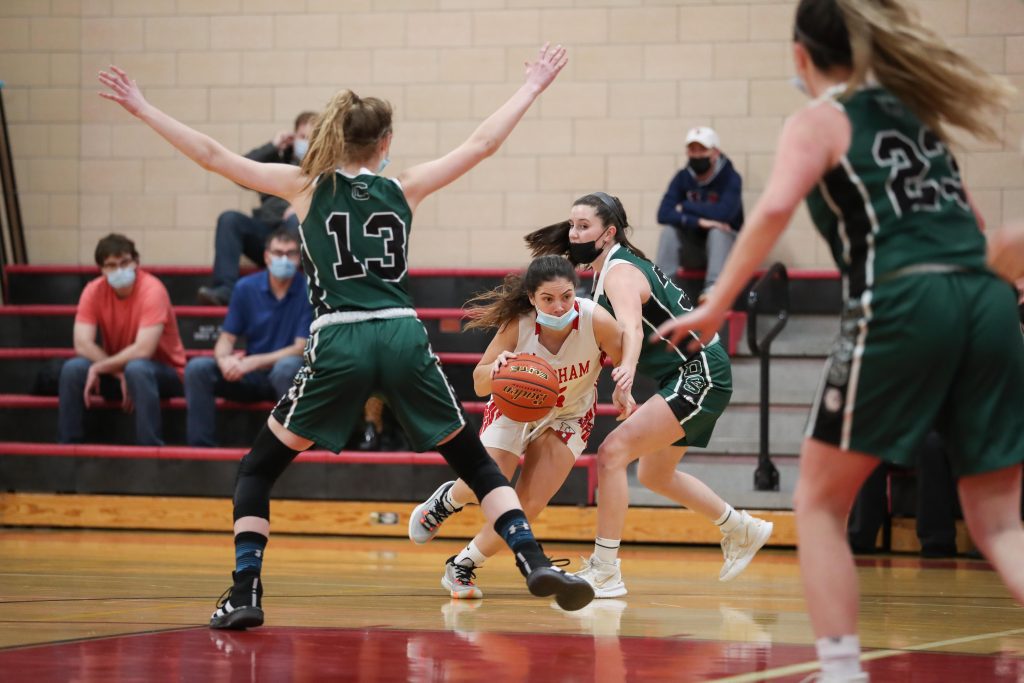 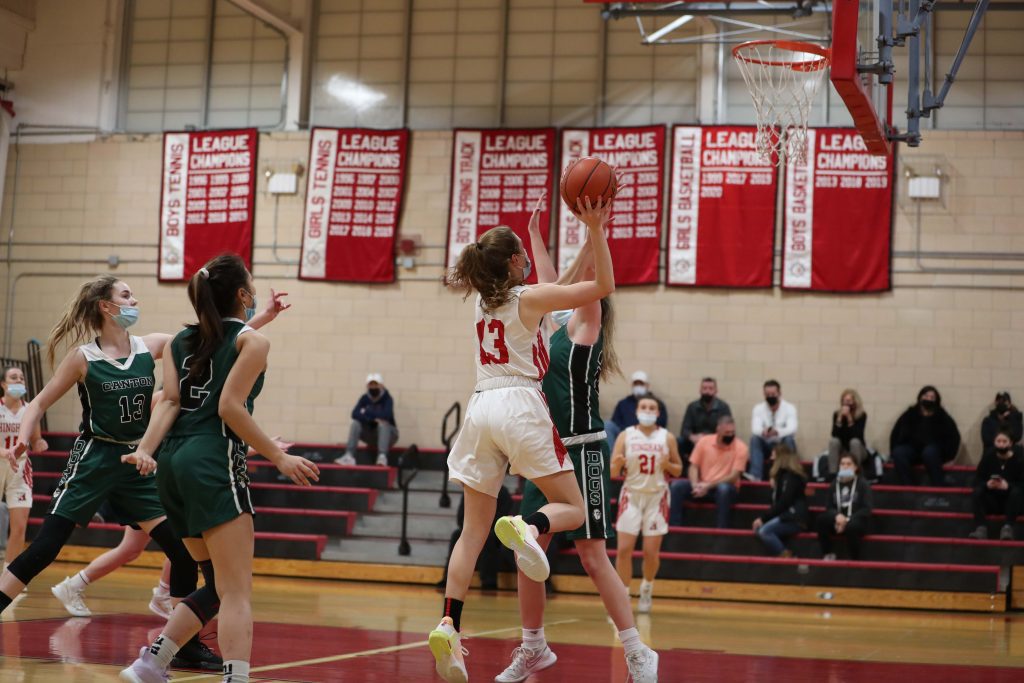 Sophomore Sophie Kerr drives to the basket early in the game. 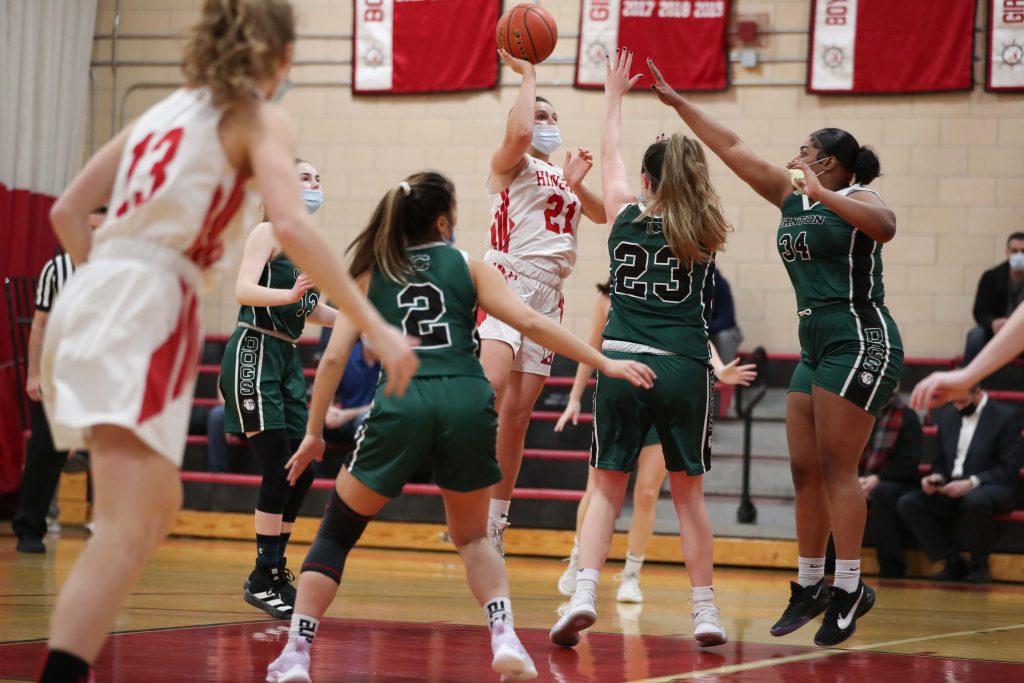 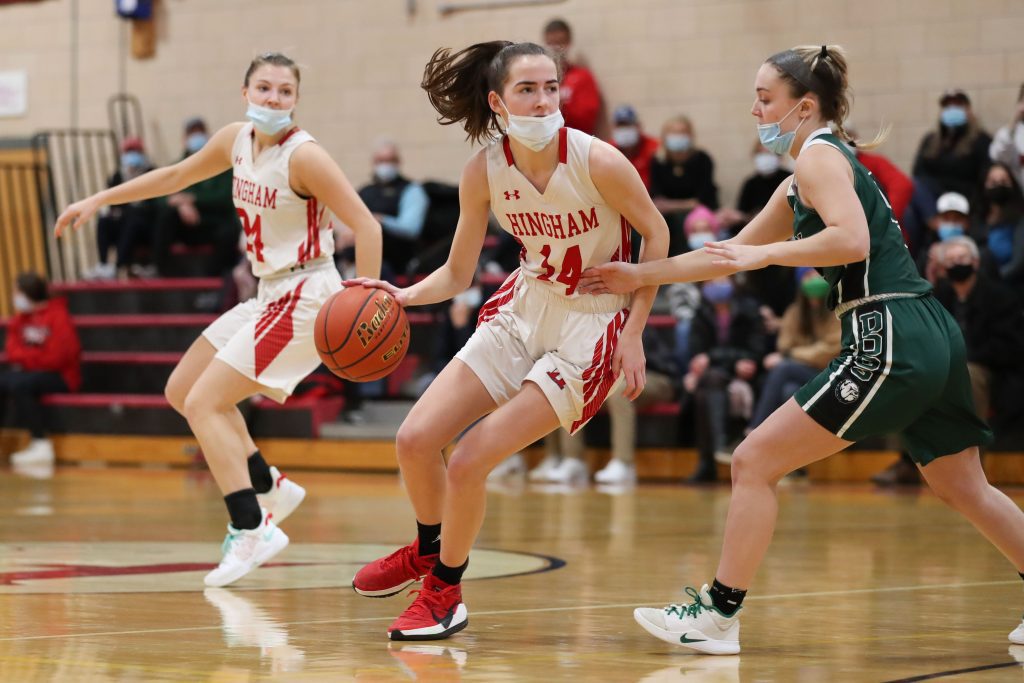 Sophomore Marissa Matthews started in place of the injured junior Sarah Holler. She finished with 6 points. 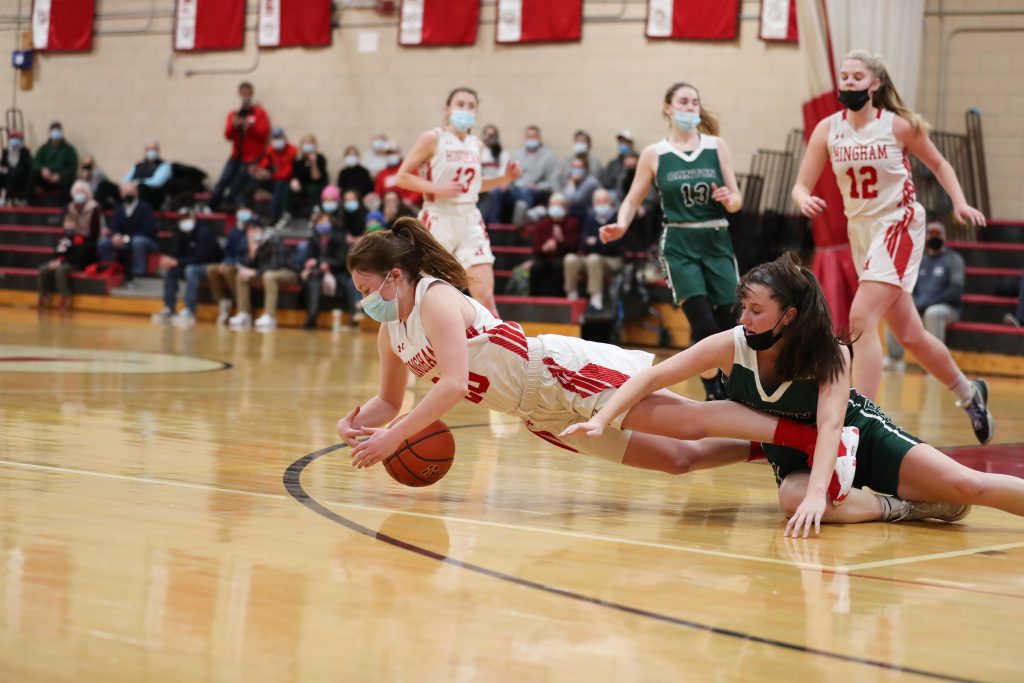 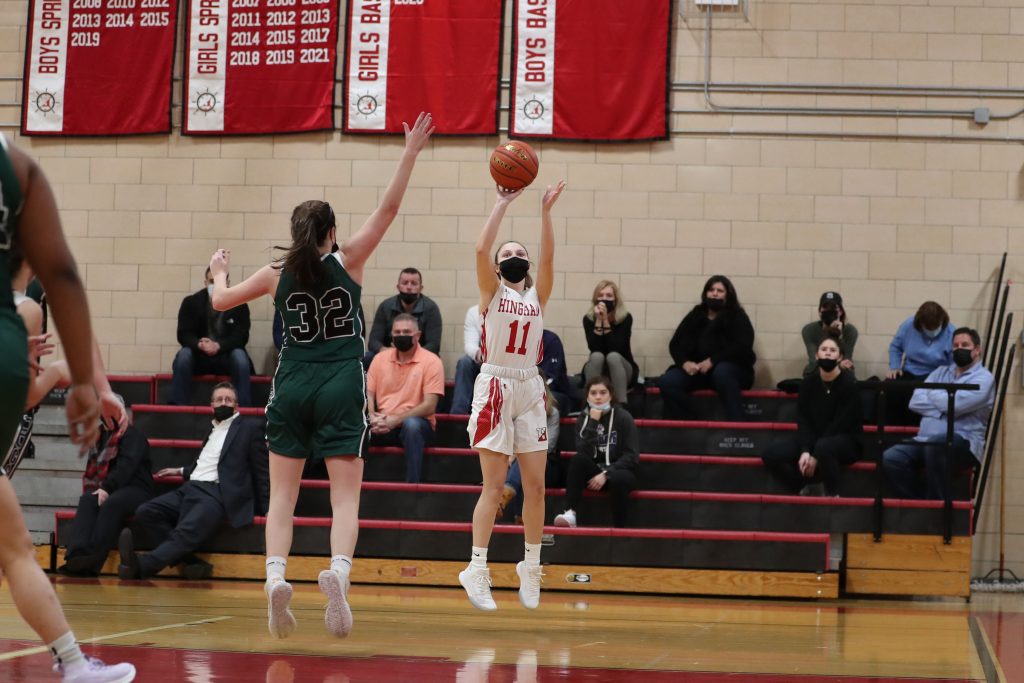 Junior Katie Foley attempts a three-pointer in the first half. 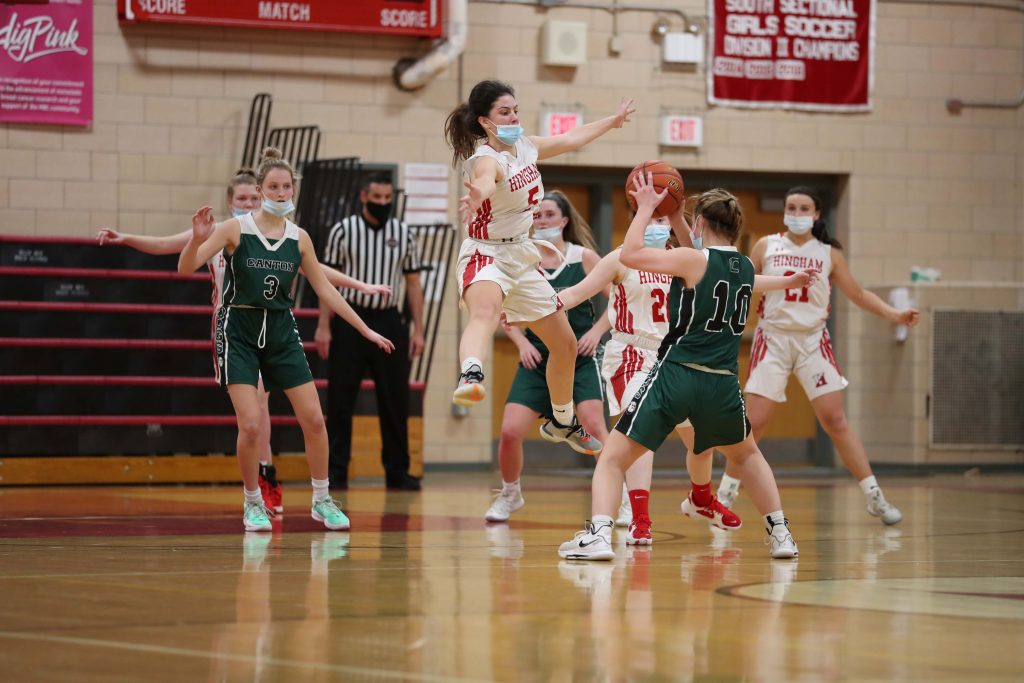 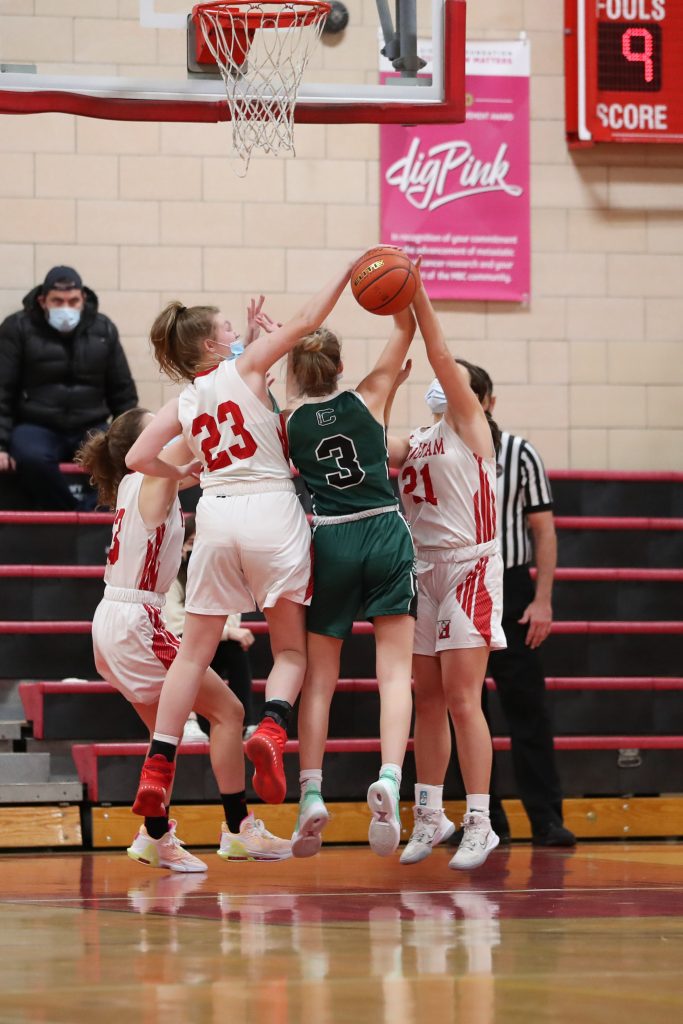 Senior Kathryn Wilson and junior Anabelle Platt both get a hand attempted shot. 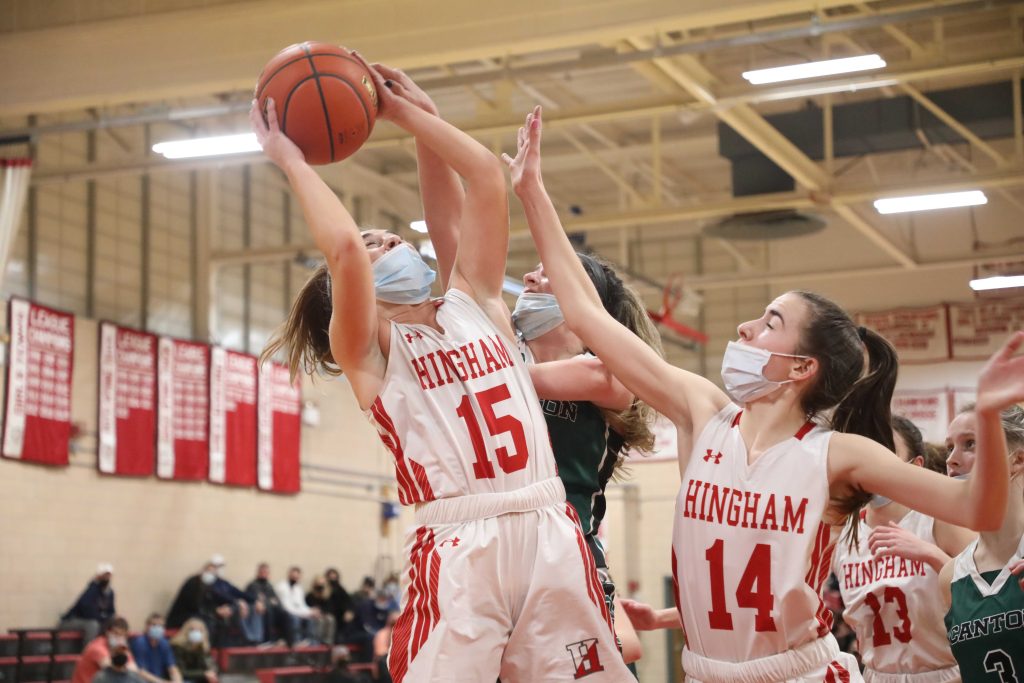 Junior captain Colette Hanney attempts to put back a rebound late in the game. 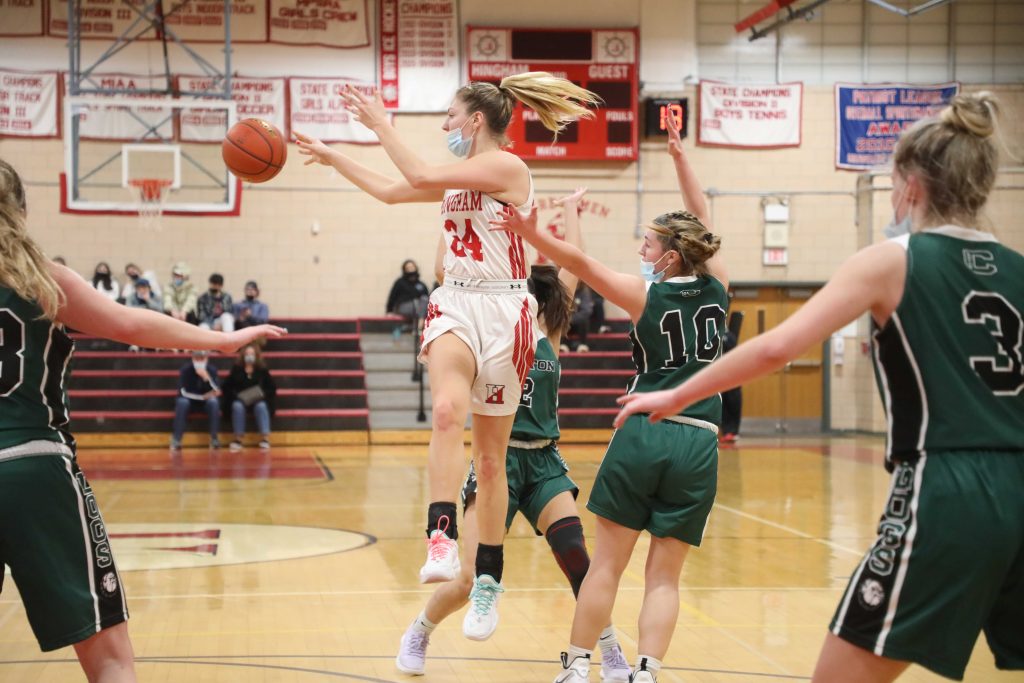 Senior captain Perry Blasetti dishes the pass to a teammate.