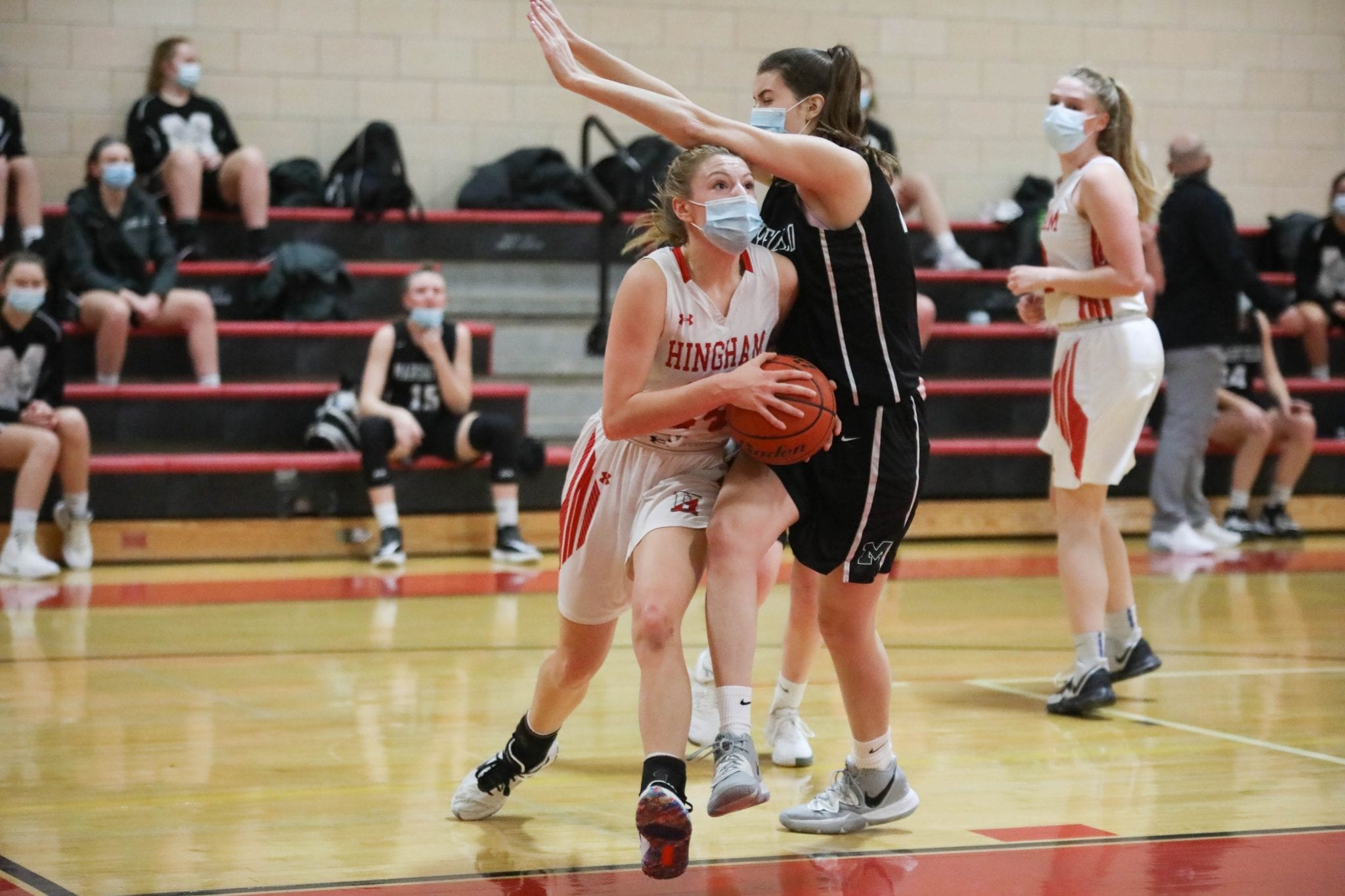 Last night’s girls basketball game between Hingham Harborwomen and Marshfield Lady Rams was one of those games that deserved fans in stands.  Not only was it Hingham’s last regular season home game, it was a hard fought, back and forth, exciting game between two competitive teams.

Hingham jumped out to an early first quarter lead and were dominating the boards, led by sophomore Sarah Holler, who recorded a game-high 16 rebounds in the contest.   The Harborwomen have been missing their leading rebounder, junior captain Caroline Connelly, for the past 2 games, but Holler managed to fill that void last night. This was Holler’s first game back after missing a handful of games herself due to injury.

“I’m feeling better, just trying to get back at it day by day,” Holler said after the game.  “It was difficult without our top rebounder, but I just tried to step up and do whatever I could do.”

The Harborwomen’s 6 point lead after the first quarter was cut down to 4 by half time as Marshfield made some adjustments defensively and became more aggressive under the boards.  Junior Colleen Johnston had a huge first half with 12 points, included two 3 pointers.  She finished the game with 18 points and 12 rebounds.

The second half, though, belonged to junior captain Perry Blasetti.  She scored 18 of her 23 points in the second half and accounted for over 50% of the Harbormen’s points in the half.  The Lady Rams had a hard time containing her in the final 16 minutes.  If she wasn’t driving to the basket and either scoring or getting fouled, she was stepping back and hitting timely 3 pointers when her team needed it.

“I think we played a strong game,” Blasetti said. “We played strong D, passed the ball a lot more and played together.”

“It’s a little bit frustrating,” she went on to say about the physicality of the game. “There’s nothing you can do besides play tough and protect the ball and I think we definitely did that.”

Hingham ended up pulling away in the end and won 61-45.  A game like this deserves a round two, which coincidentally, will happen tonight in Marshfield.  This was big bounce back win for the team after a loss last week and Head Coach Eugene Buczynski is looking to keep the momentum going.

“That’s a good team we beat.  I thought it was a great team win tonight.  We had different girls stepping up along the way,” Buczynski said of his team’s victory. “We were able to rebound in tough situations and the girls, as a team, are really starting to come together.  You can see them looking for each other, helping each other, and they’re really coming together at the right time of the season and hopefully we can do it again tomorrow night.” 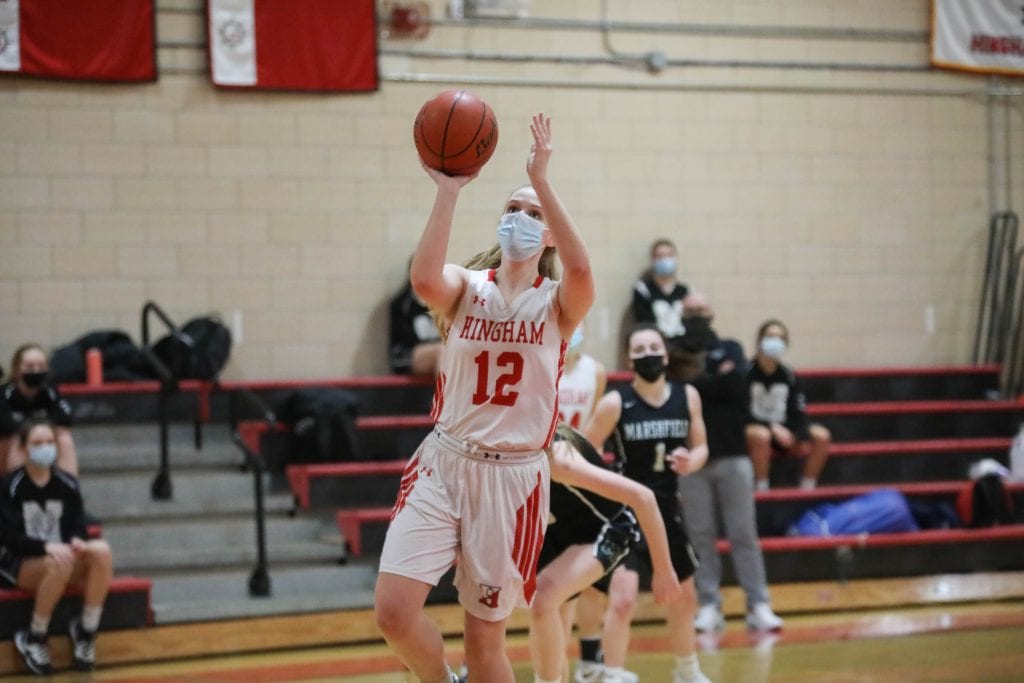 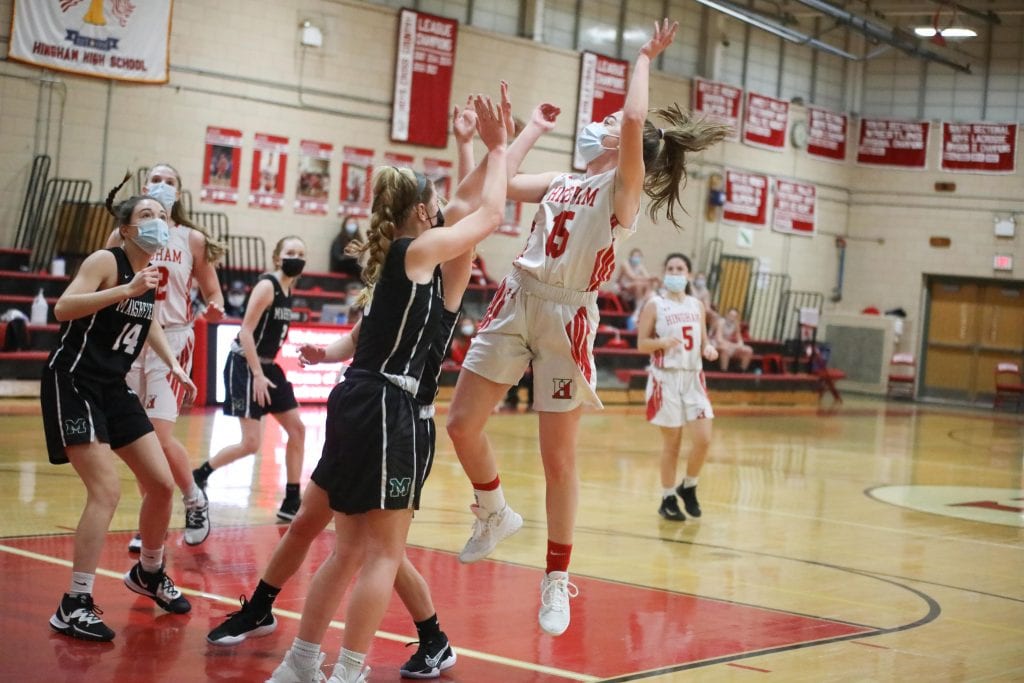 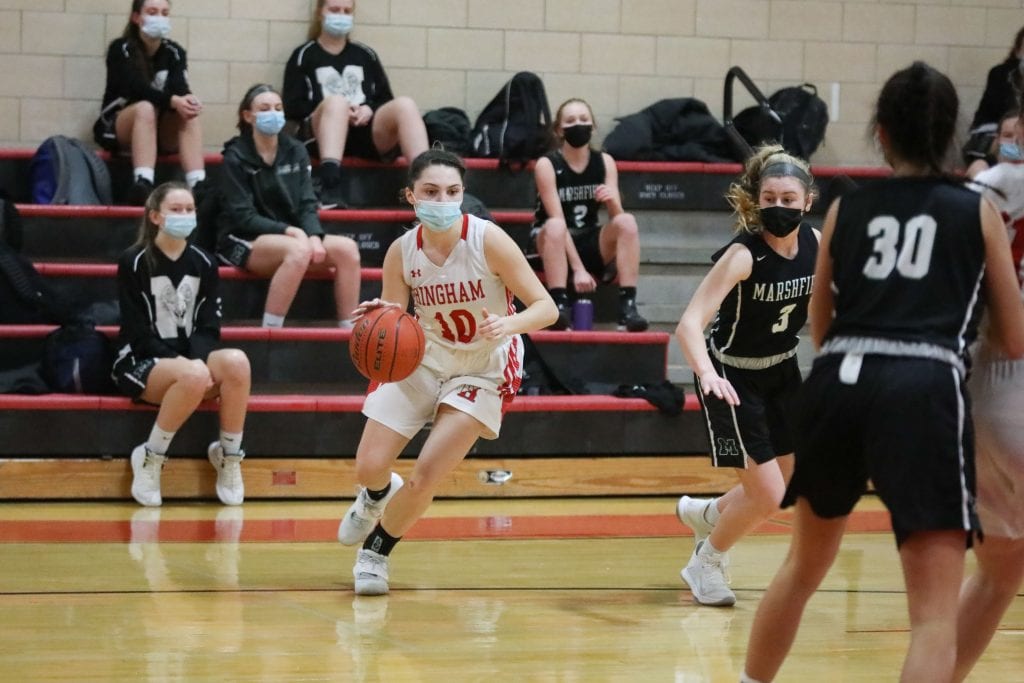 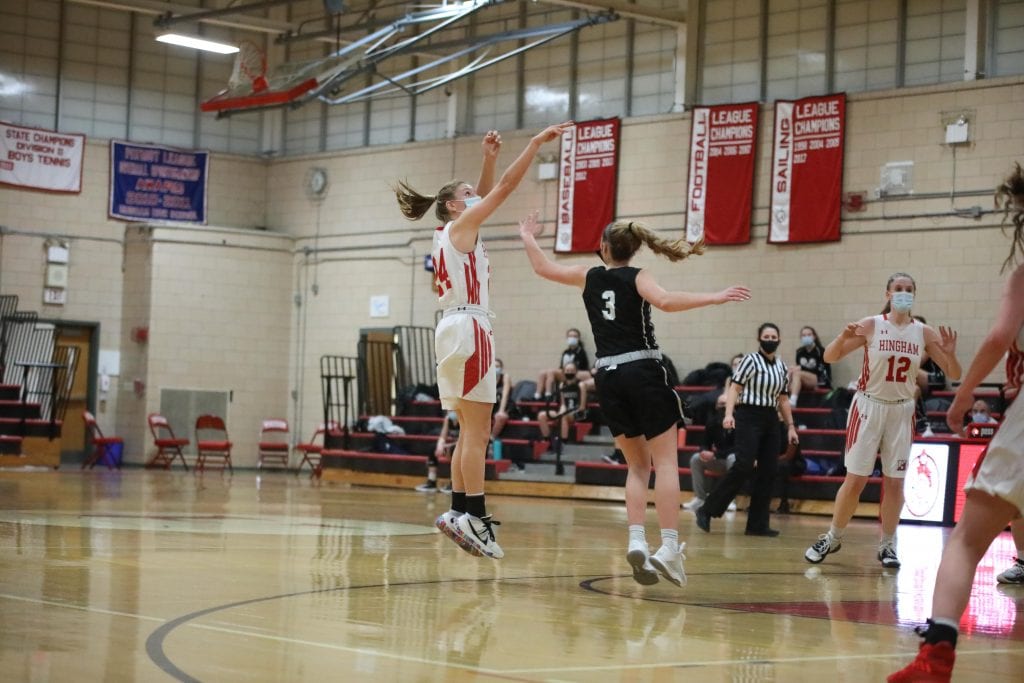 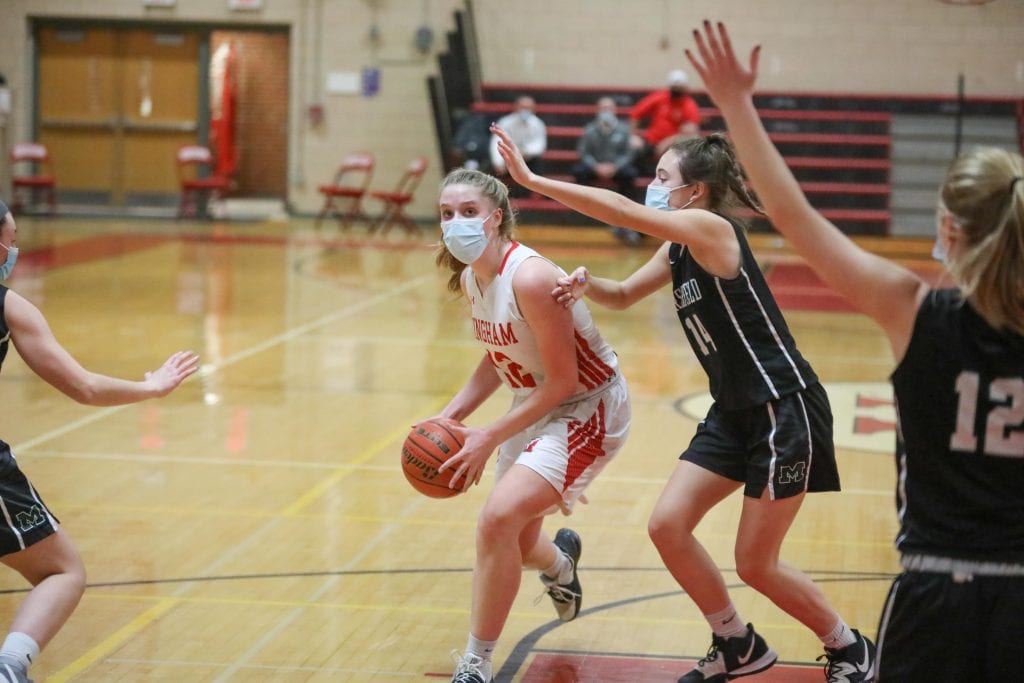 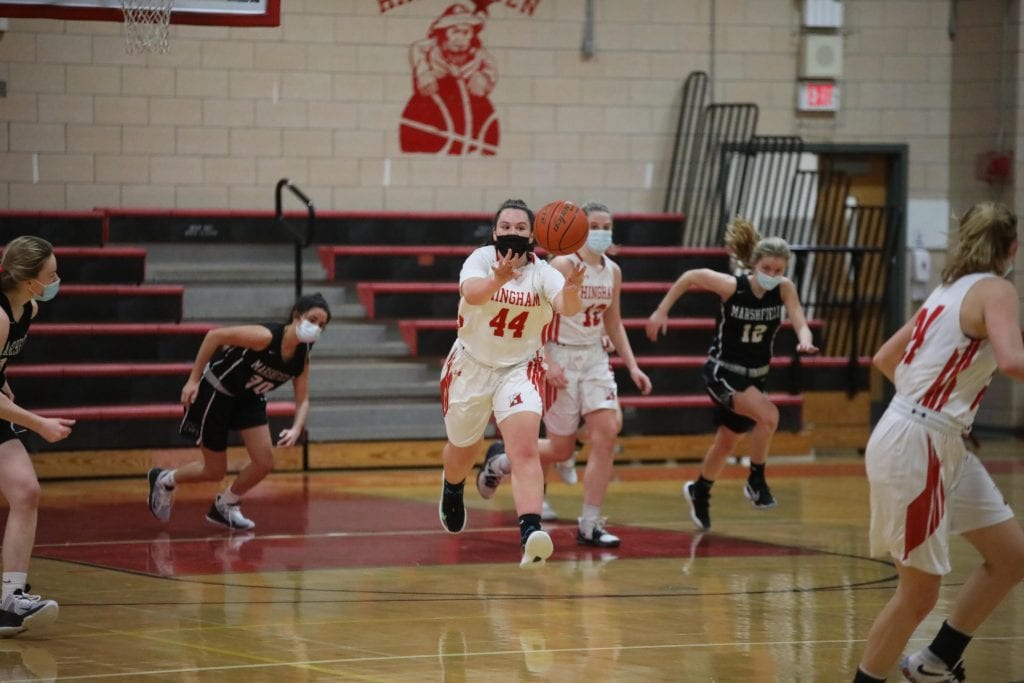 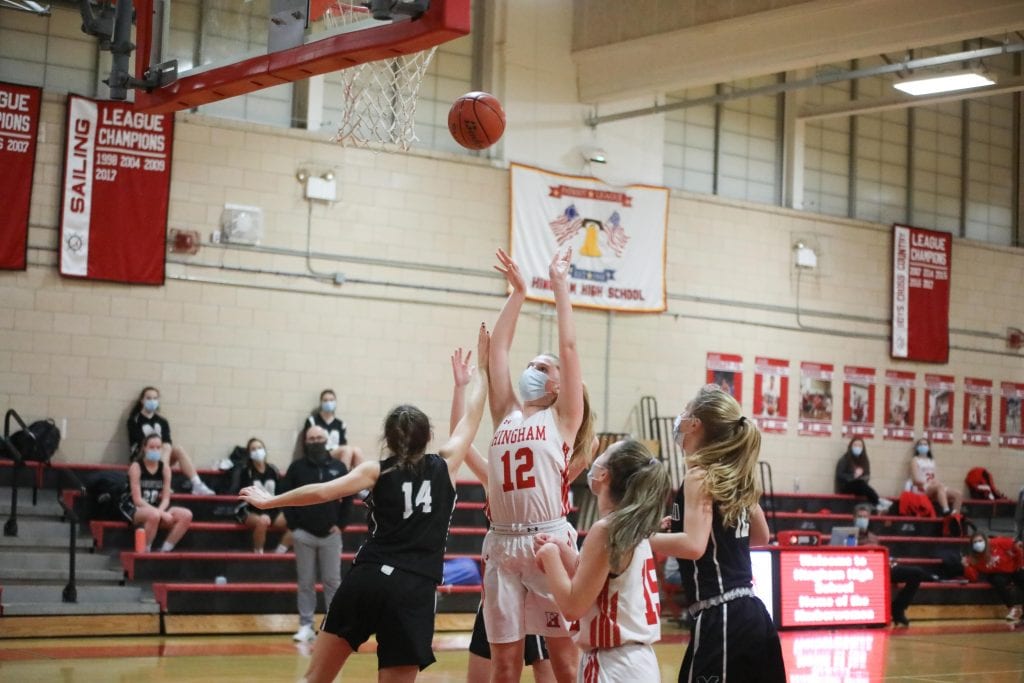 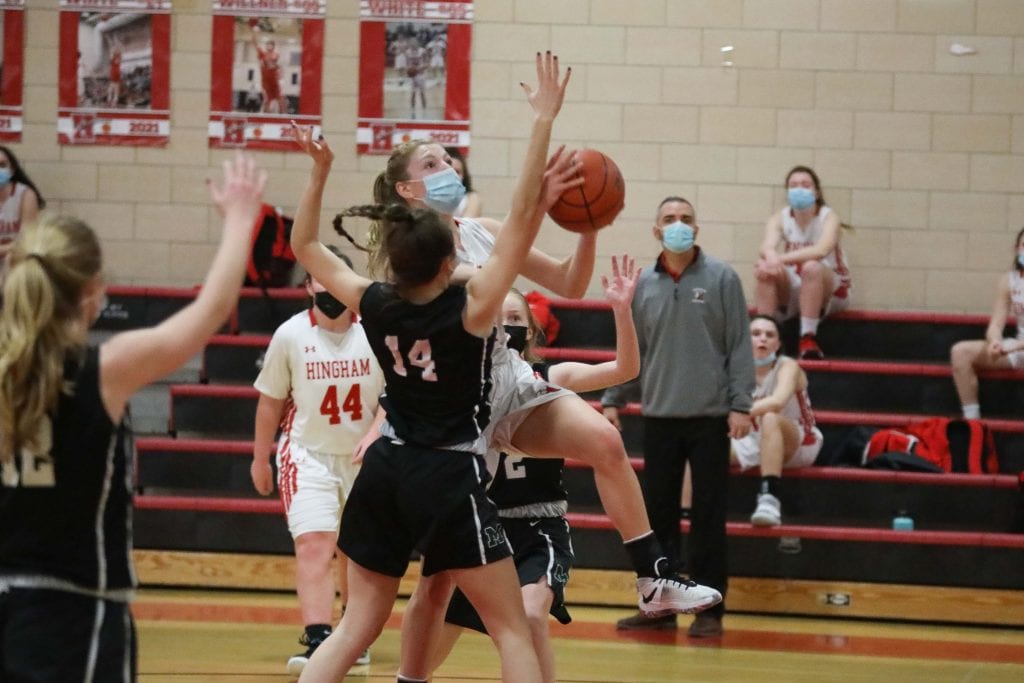 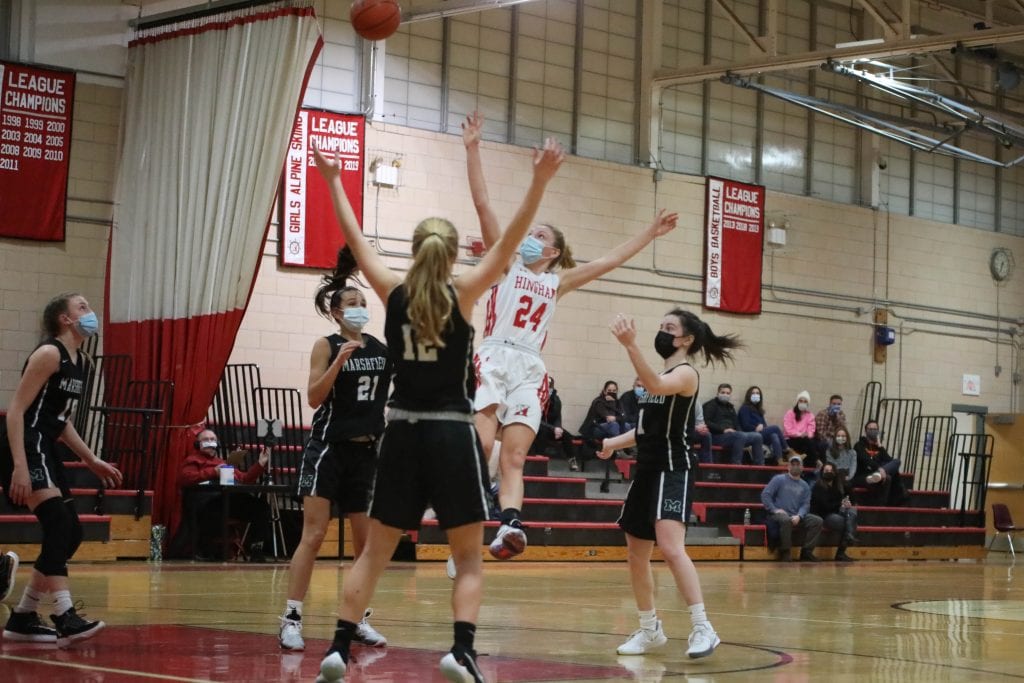 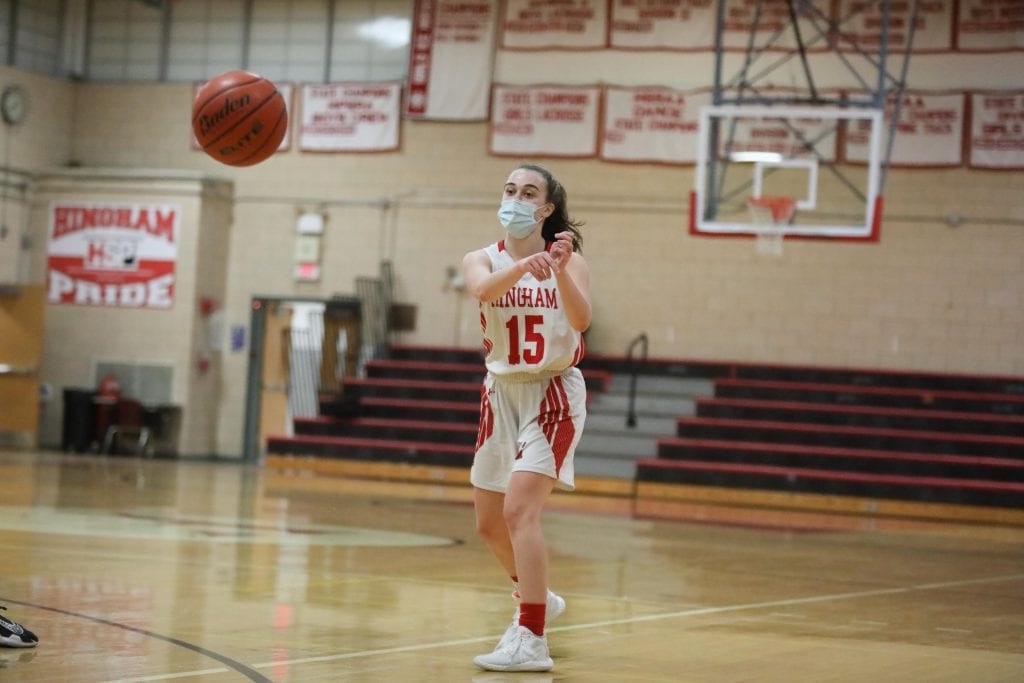 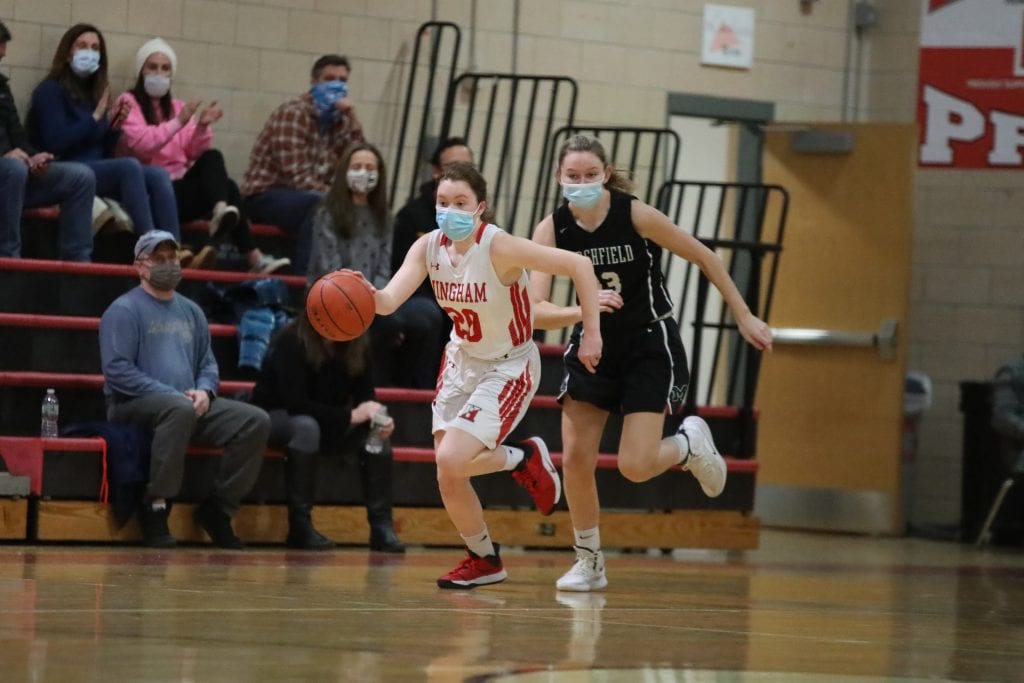