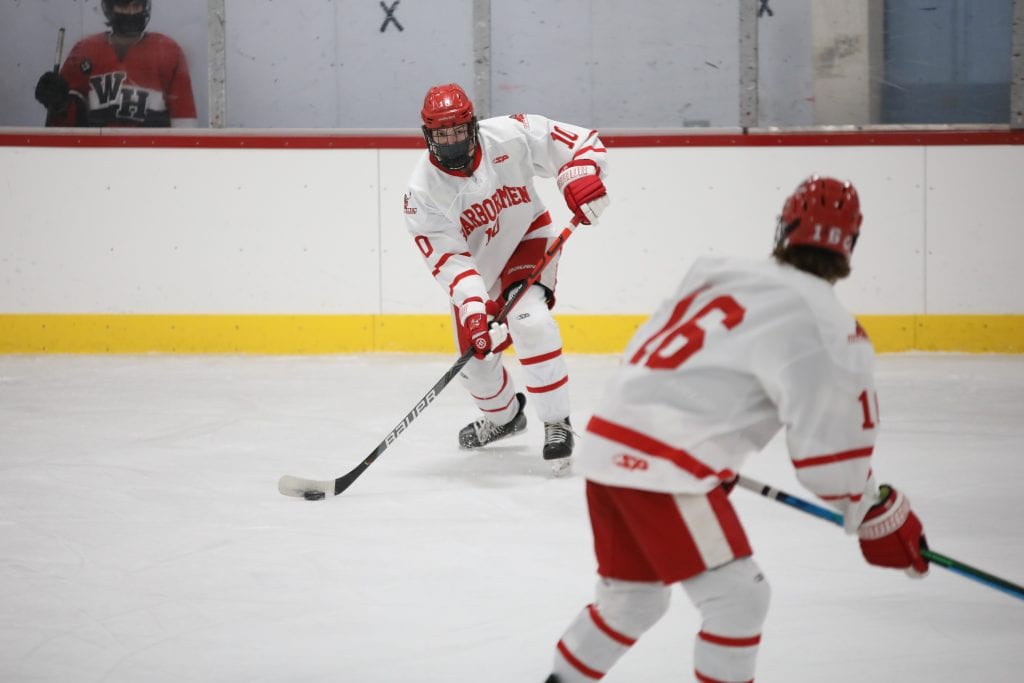 The HHS boys hockey team have been getting better period by period ever since allowing a goal in the first minute in their first game of the season a few weeks back.  It all seemed to culminate in yesterday’s game versus Whitman-Hanson, which saw seven different players record a point, two players score their first career goal, the defense not allowing a shot on goal in the first period, and their starting goalie making saves on all 10 shots he faced. While Coach Tony Messina would argue there are things they still need to work on, it appeared to be a complete team win.

Right from the start, it was apparent the Harbormen’s speed was going to be an issue for Whitman-Hanson.  It seemed like the whole first period was played in the Panther’s end.  Senior Lars Osterberg opened up the scoring 13 minutes into the game, followed by junior defensemen Drew Carleton scoring his first career goal with under 3 minutes to go and then junior Sean Garrity putting a shorthanded goal in with :16 seconds left in the period.

The second and third periods where much of the same with sophomore defensemen Chase McKenna recording his first HHS goal and team leading goal scorer sophomore Aidan Brazel getting his 5th of the year on a power play goal in the waning seconds of the second.  Senior Evan Corbett scored for the second straight game in the third giving Hingham the 6-1 win.

“We’ve had trouble scoring, so what we’ve been saying is let’s make sure we have a solid first period, get ahead and change the tempo of the game,” Coach Messina says.

This was the second game in a row that the Harbormen managing to put three goals on the board in the first period.

A handful of goals is all Hingham has needed over the past 3 games as their junior goalie Luke Merian and the defense playing in front of him has been stellar, only allowing 2 goals in those games.

Senior captain and defensemen Ronan Mulkerrin likes what he is seeing from his team over the past couple of games.

“We really rely on our systems, we go over them a lot, and I think everyone’s got them down now,” said Mulkerrin.  “I think the chemistry is starting to show.  I think we all kind of know where we are on the ice now.  The power plays are starting to click more and I think overall, everyone is getting comfortable playing with the lines.

Because of their recent unplanned two-week hiatus, the Harbormen have two more games this week, making it four in seven days.

“We are going to rest up, hydrate and eat some good food,” Mulkerrin adds.

Coach Messina is just thankful to have his team on the ice. 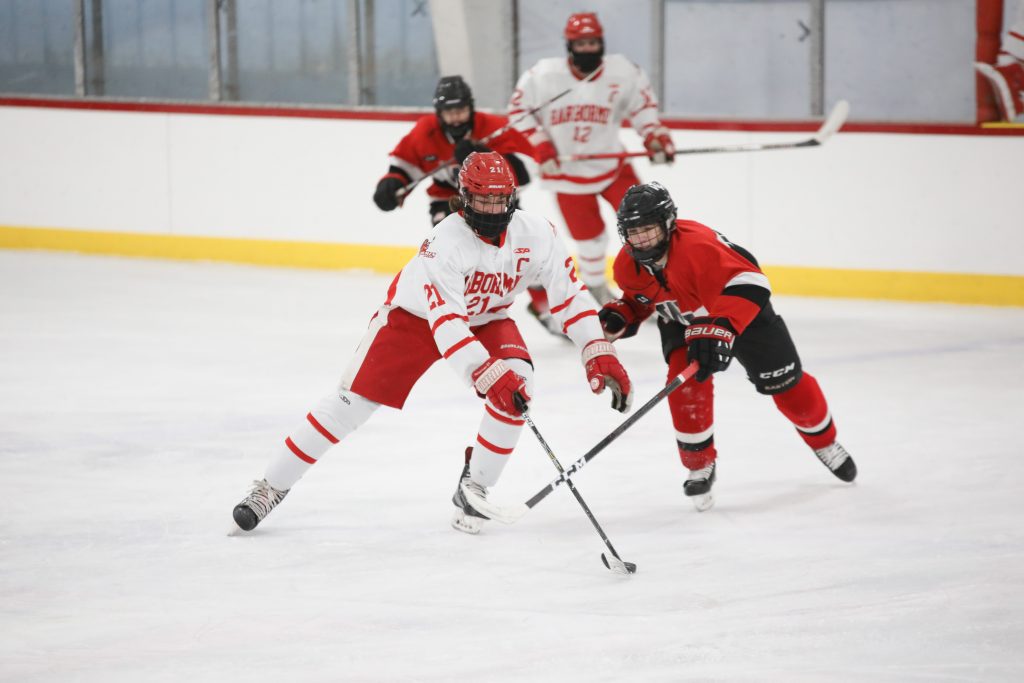 Senior captain Paul Forbes leading this team by example with his hussle and effort on the ice. 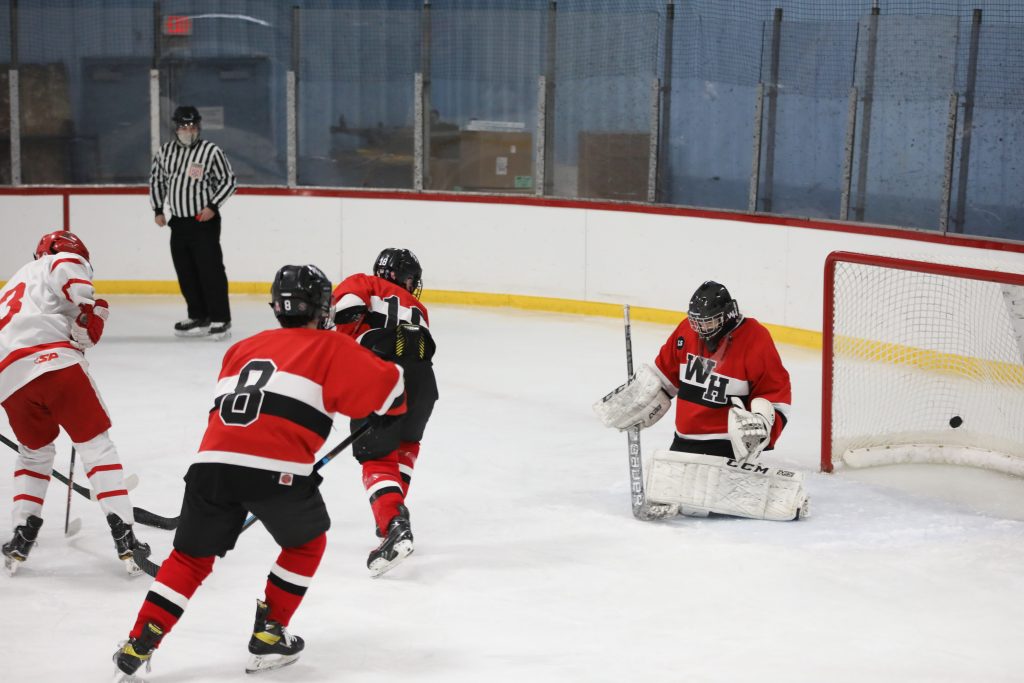 Senior Lars Osterberg gets one past the WH to give Hingham the 1-0 lead. 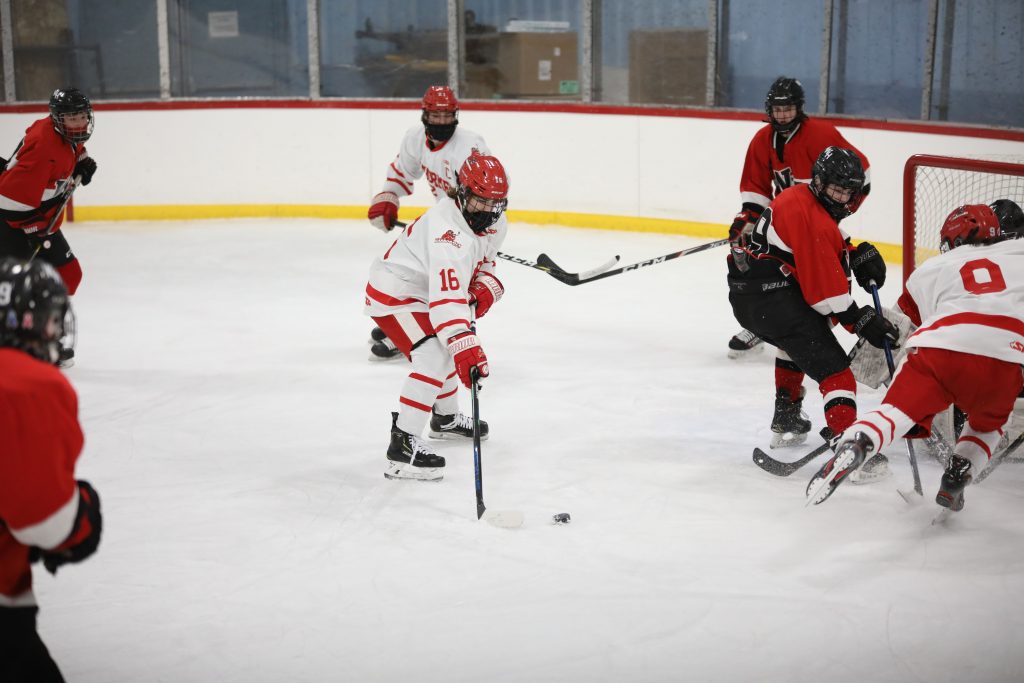 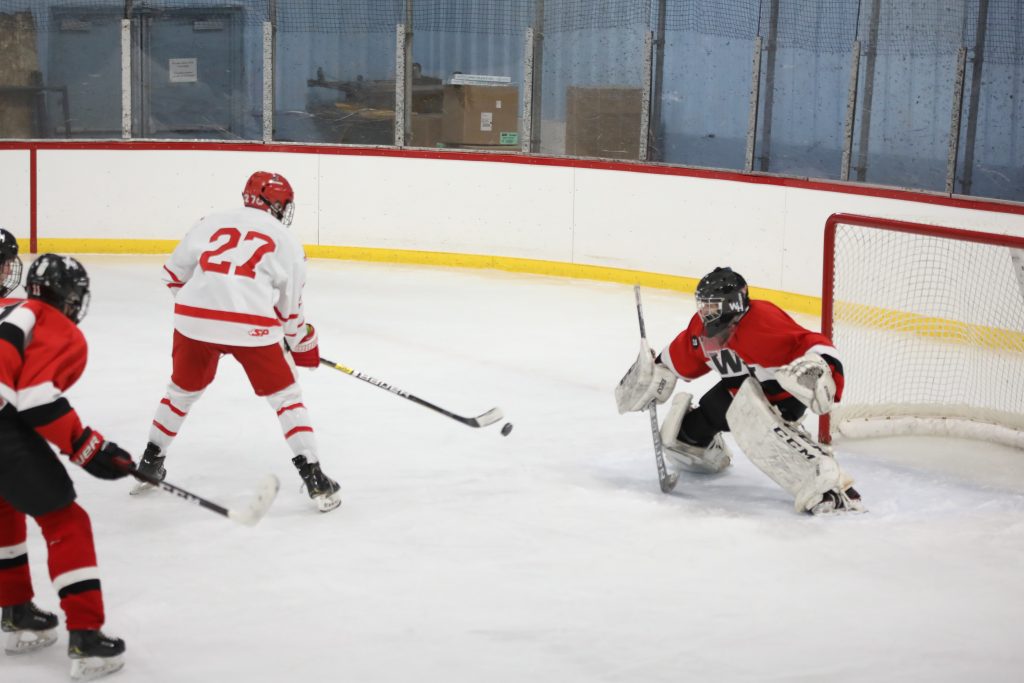 Sophomore Ace Concannon has one of the 20 Hingham shots in the first quarter. 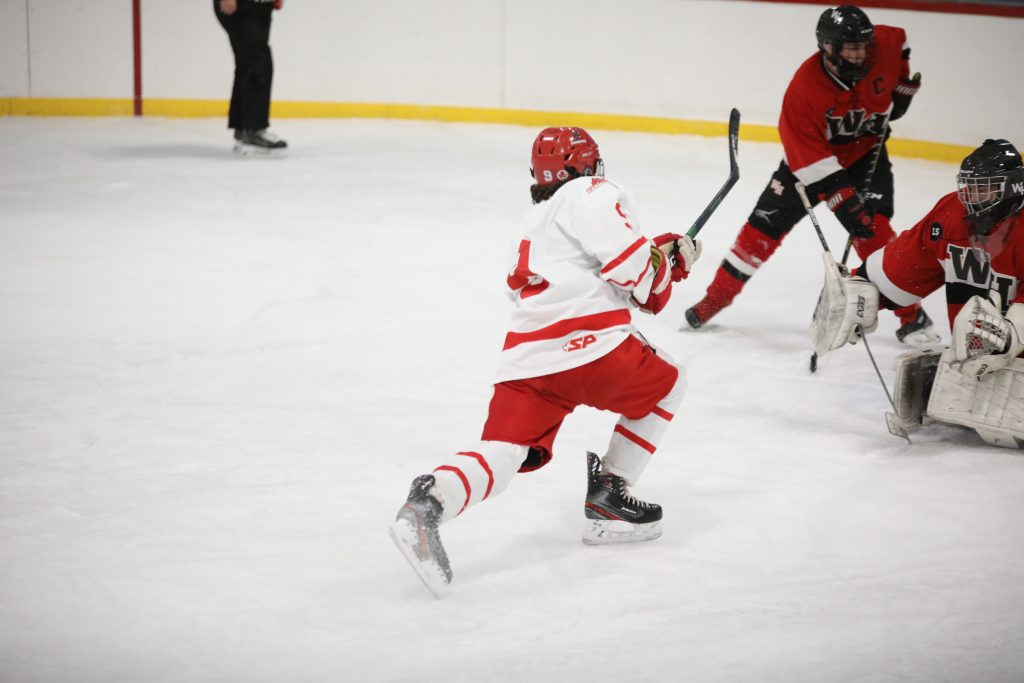 Junior Sean Garrity scores a short-handed goal with seconds remaining in the first. 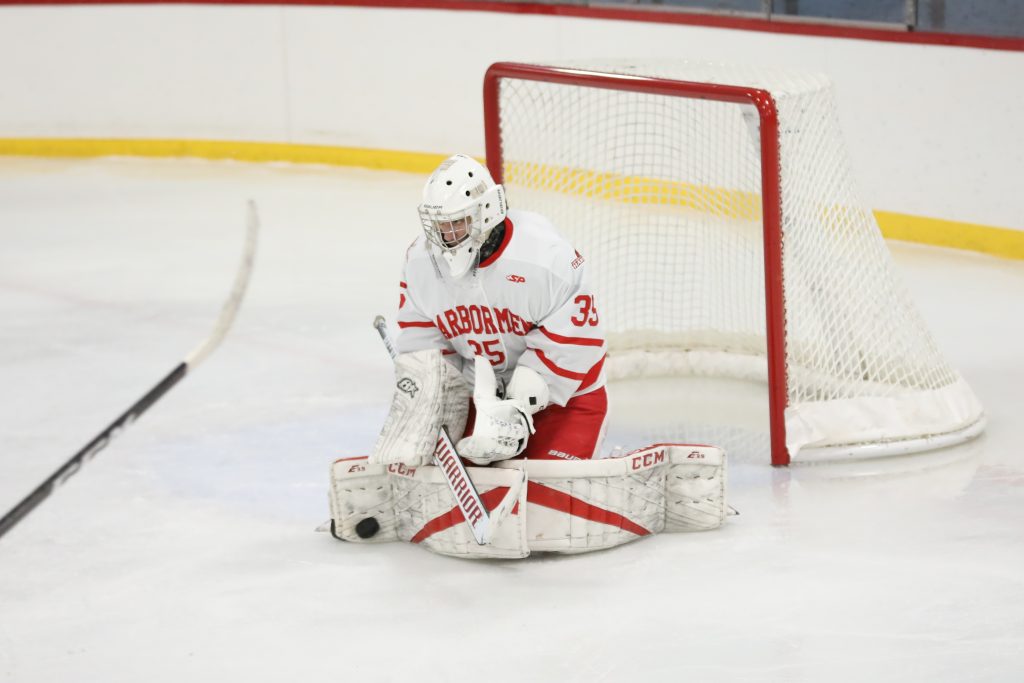 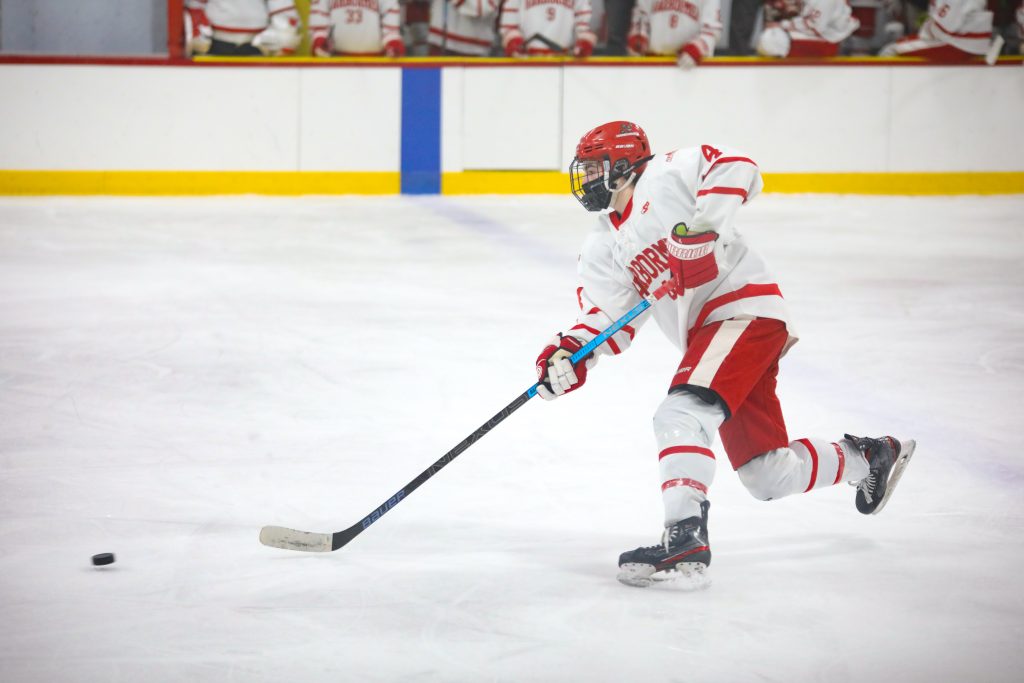 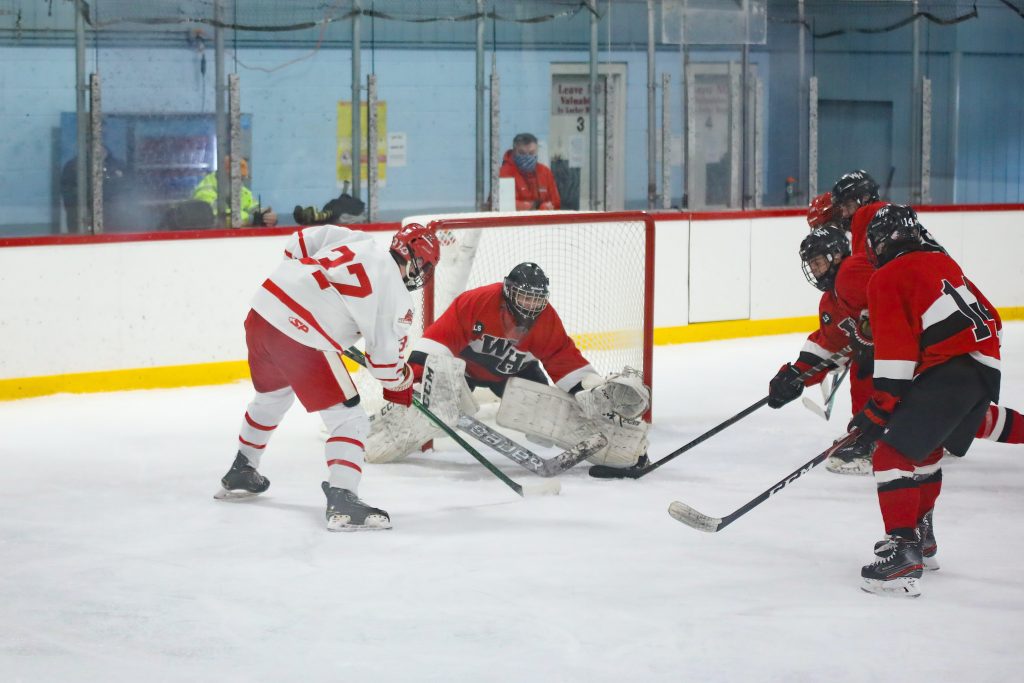 Sophomore Aidan Brazel sneaks one in the five-hole on a power play. 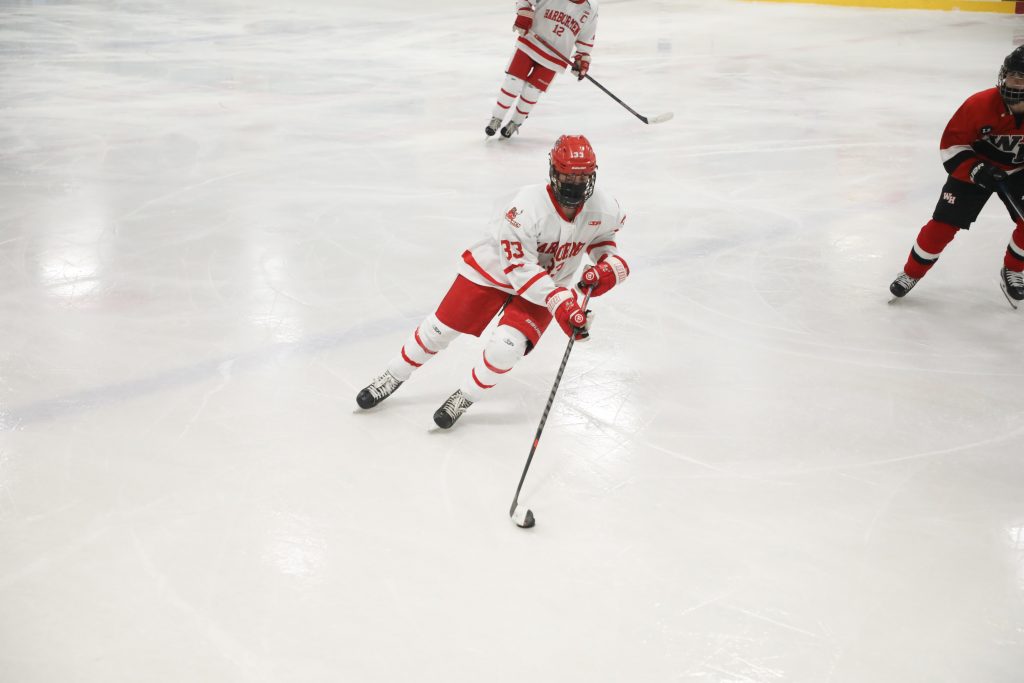 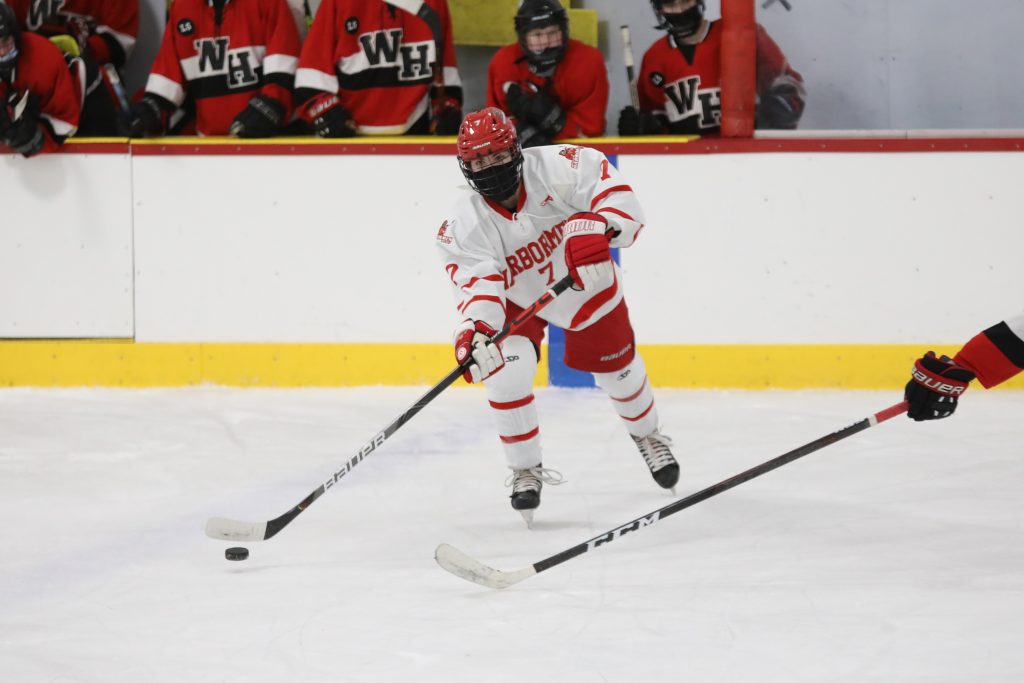 Sophomore Chase McKenna gets his first career goal in the second period. 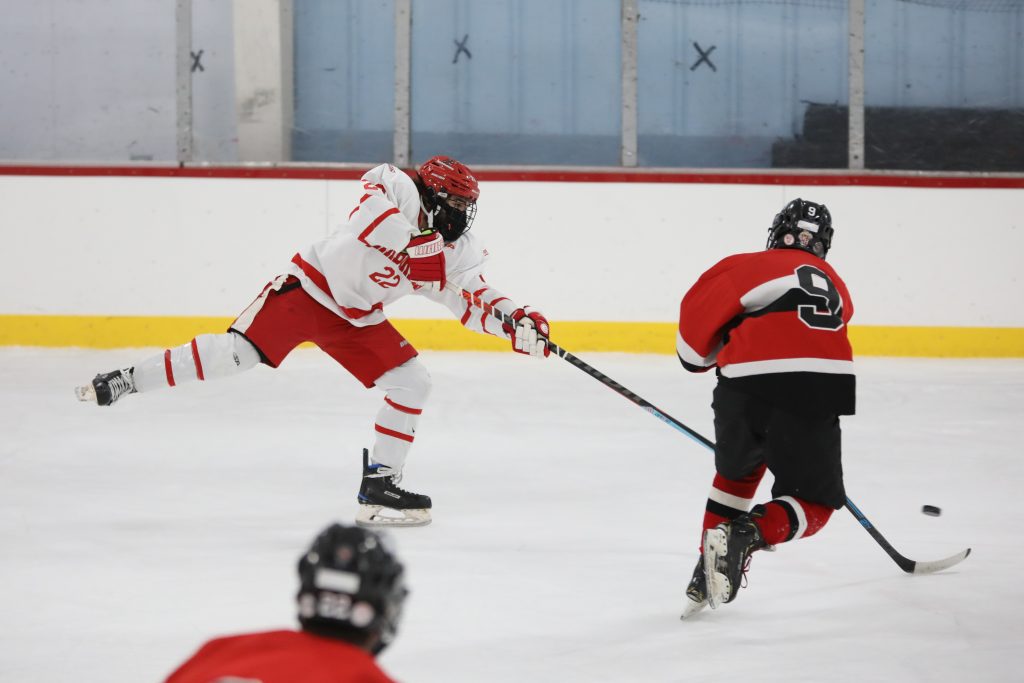 Senior Jack Magner fires a shot at the WH tender. 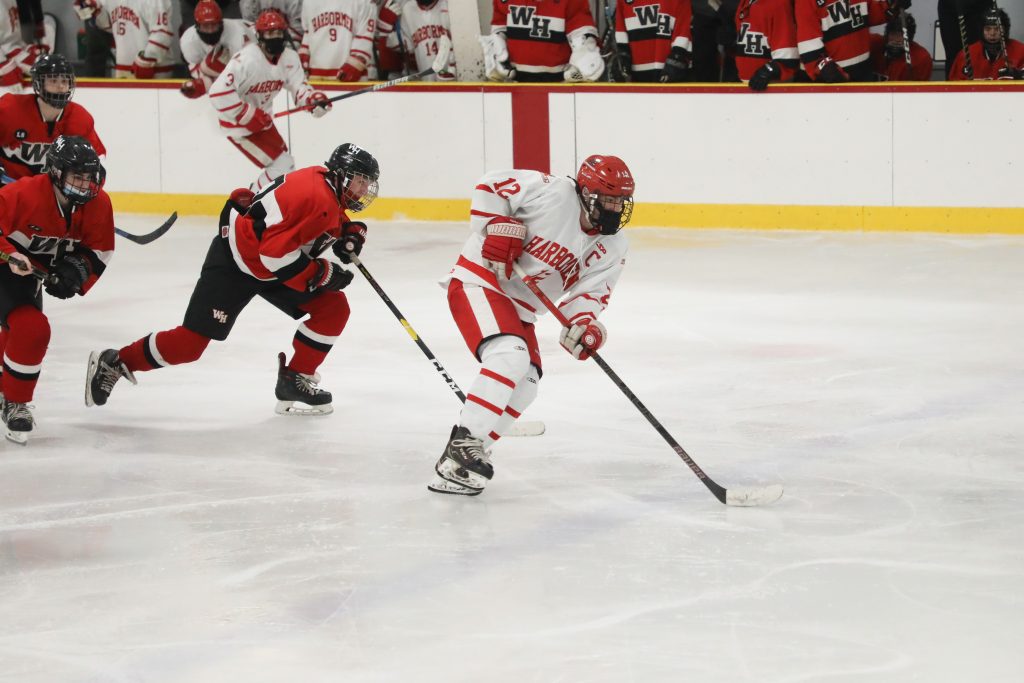