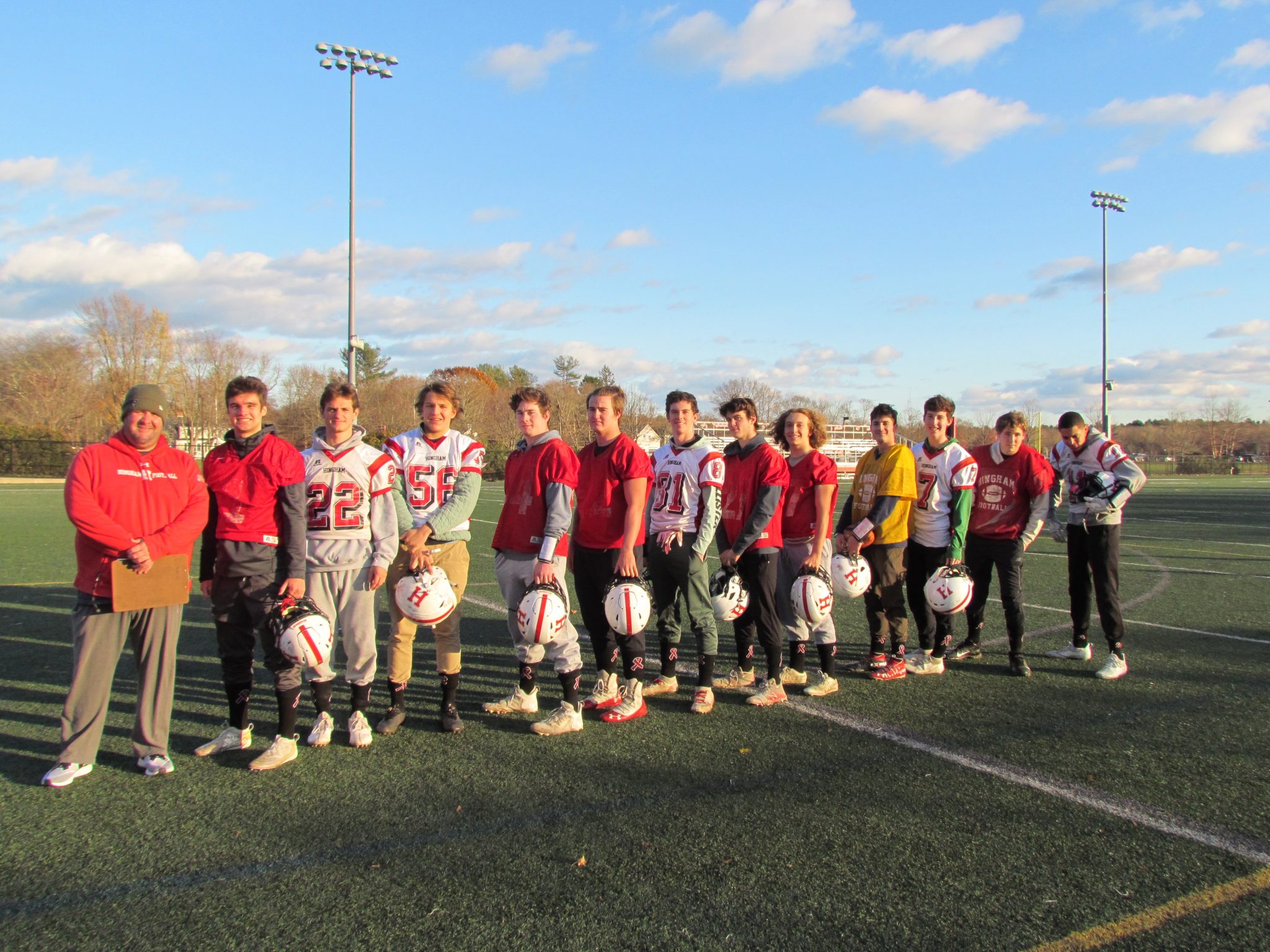 The Nutley family has much to be thankful for this year.  The love and support Becky, Mark, and their two boys have received the past few months have been remarkable.  While Mark is on the sidelines as head coach of the Hingham High School football team, Becky has been in and out of hospital receiving treatment as part of a clinical trial for multiple myeloma.

Becky was diagnosed in 2014 with an early stage version of the blood plasma cancer.  Since then, she has been part of a few clinical trials, the most recent starting about 6 weeks ago, right smack dab in the middle of football season.  Just like every busy family, live doesn’t slow down, even for cancer treatments.  While Becky was in the hospital for 2.5 weeks, not one, but two communities stepped up to help out the family.

“Everybody has been so supportive,”  says Mark.  “The town of Marshfield (where they live) and the town of Hingham, everybody’s been great.”

The Rams and Harbormen might be rivals on the field, but put that aside to help one of their own off the field.

“I came home the other day and they (the HHS football boosters) hired someone to clean my yard,” he explains.  “I had no idea.  And I just bought a new backpack blower and I was excited to use it.  My wife said there was a whole yard crew there and I found out it was the boosters.  It was amazing.  The Marshfield coaches sent Hornstra Farms to our house the other day and dropped off a whole bunch of stuff.  Everybody’s been great.  Our whole community in Marshfield has been great.  The Hingham community has been great.”

His team has also given their coach and family a ton of support.  In addition to hand delivering meals to their home, the boys will be wearing custom designed socks during the Thanksgiving game to bring awareness to multiple myeloma.  Hopefully, Becky will be in attendance to cheer on the team.

“She’s doing much better,” Mark says. “She’s on a new treatment now and she’s doing good.  Her immune system is down to nothing, but we should be able to find her some secluded seating during the game.”

There also has been a donation page set up for the family through the Multiple Myeloma Research Foundation. The goal is to raise $3,000 by the game on Thanksgiving. More information can be found here.