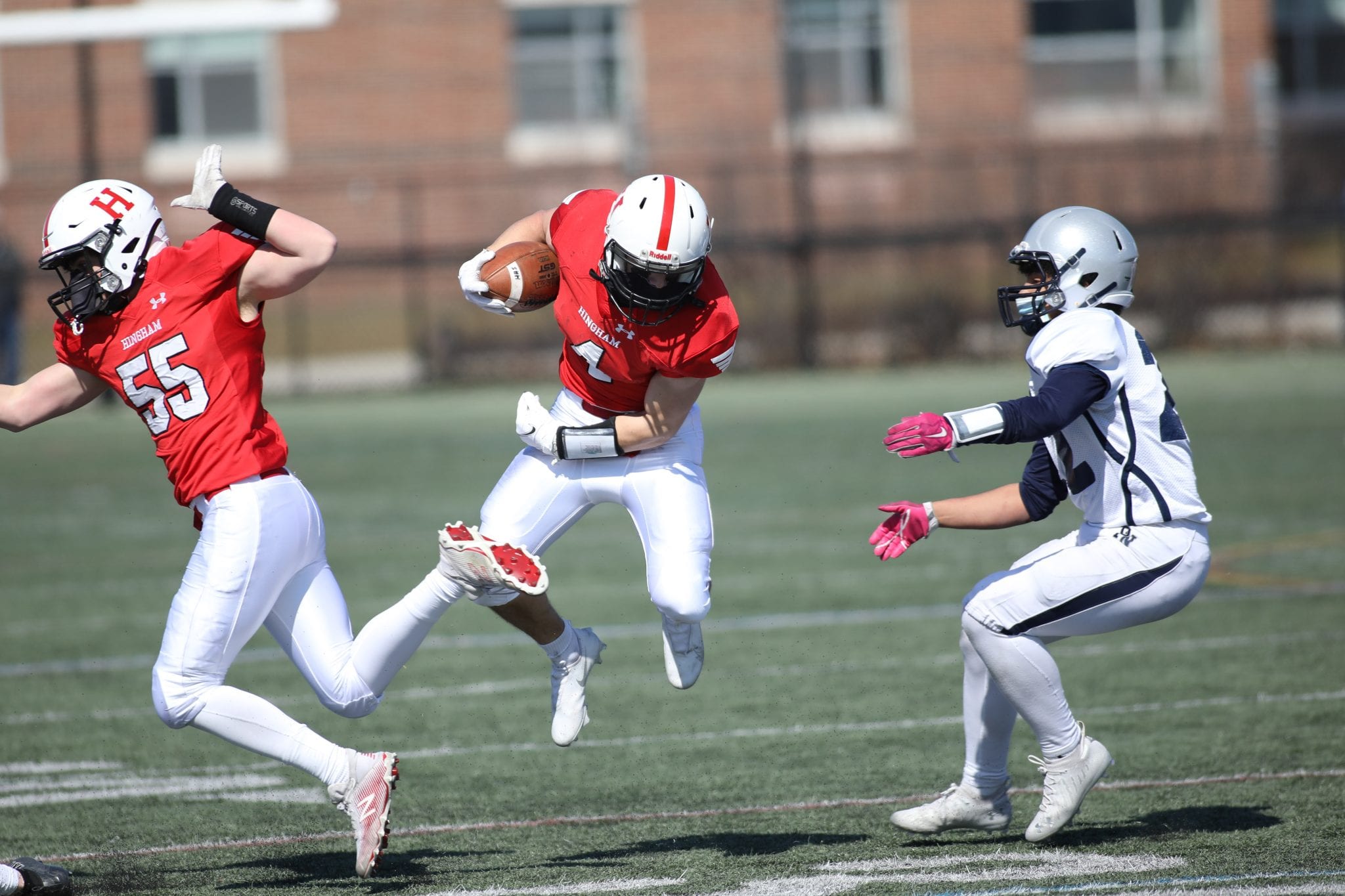 All football games versus Duxbury High School - Varsity, JV, and Freshman, have been canceled this week due to the events surrounding DHS's Varsity football team two weeks ago with Plymouth North.  The team was using anti-Semitic language as play calls during the game.

In a statement released by Duxbury officials this morning, they explain their decision.

"In collaboration with the Hingham administration, a mutual decision has been made to cancel the varsity football game scheduled for Friday night, as well as the JV and Freshman games scheduled for Saturday and Monday.  We believe this is a necessary step in light of the recent incident involving the use of anti-Semitic language by Duxbury football players.  A decision about future games will be made at a later date."

On Wednesday afternoon, the Duxbury Head Coach Dave Maimaron was fired from the program.  Maimaron, who is also a teacher at Duxbury High, was placed on administrative leave.

Hingham High School's Head Coach Mark Nutley would have loved to played Friday night, given the fact that this is the Harbormen's second cancelled game in three weeks during this shortened season, but he understands the decision.

"Obviously I'm disappointed," Nutley told the Anchor, "but I completely understand the reasoning behind it.  I feel for both teams, but there are things you just can't do.  I especially feel bad for our kids because we already had one game cancelled (due to COVID protocols)and given the season is so short.  It's tough. We are scrambling right now to find a game to play on Friday night."

Even with the disappointment, Coach Nutley sees this as a teaching opportunity for his young men.

Hingham Superintendent Dr. Paul Austin and School Committee Chair also released a joint statement this morning not only addressing this issue, but other national incidents that have occurred this past week. 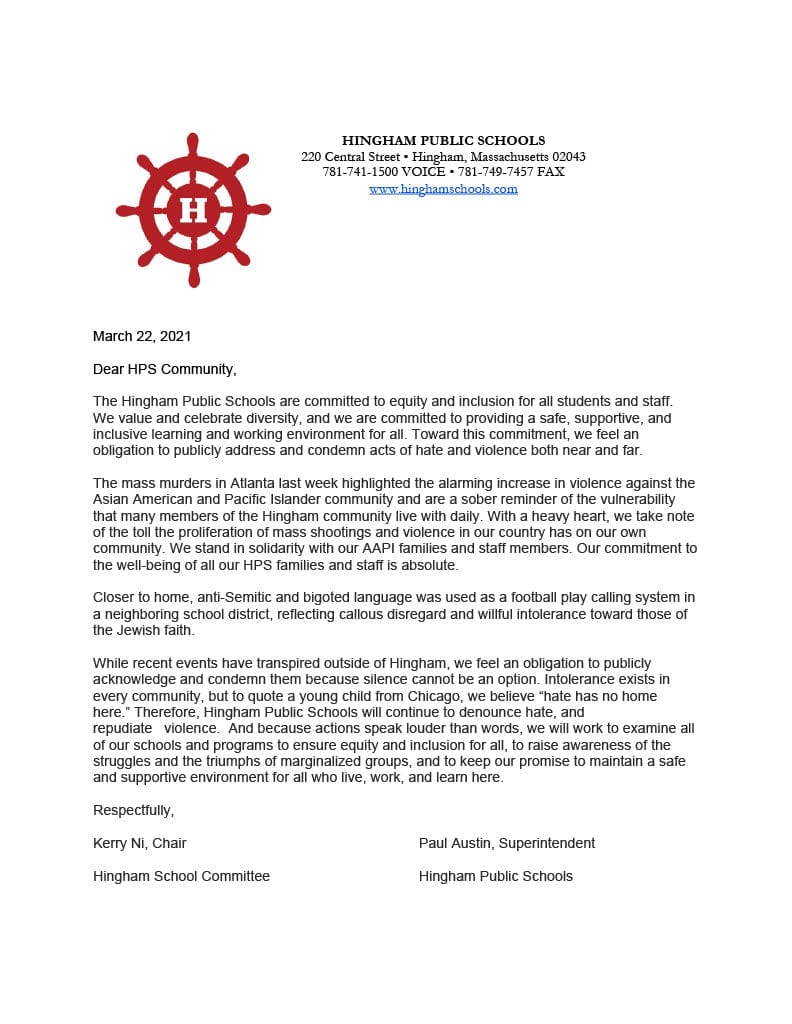