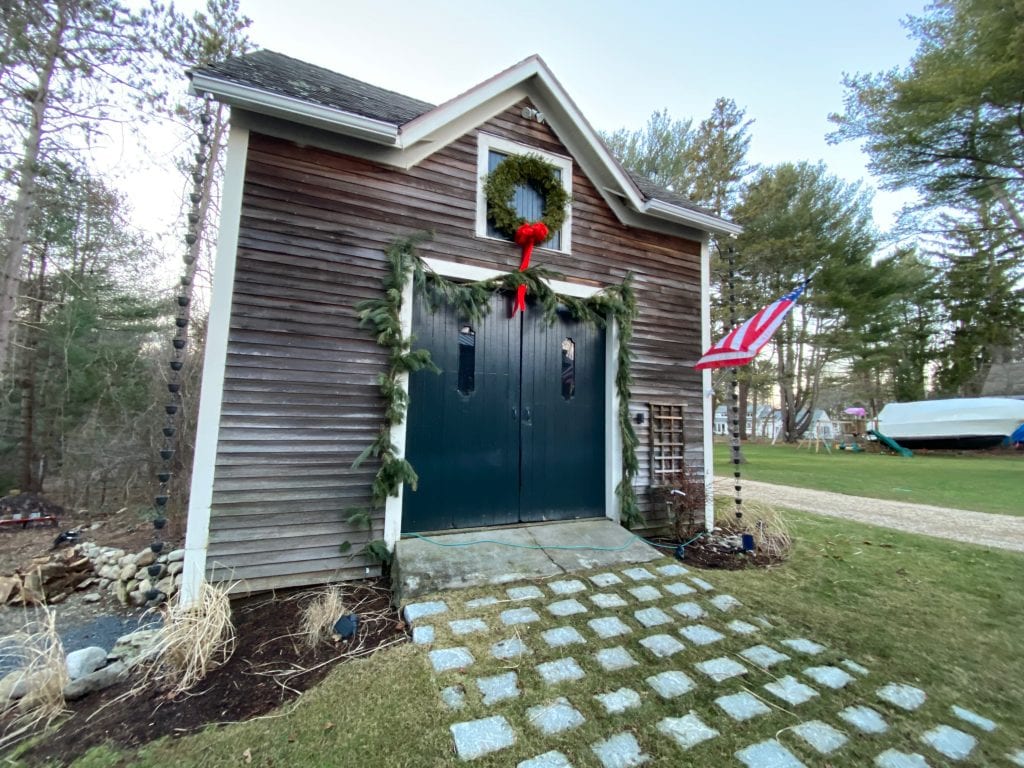 Rather than voting on a proposal to allow accessory dwelling units (ADUs) in detached structures on the same lot as the principal dwelling, participants in the May 8 Town Meeting will instead be asked to establish an ADU Study Committee for the purpose of reviewing the merits of the proposal.

The initial warrant article resulted from a citizen's petition submitted by Fort Hill Street residents Ray and Jennifer Estes and signed by 15 other residents as well. Estes was on the line for last night's remote Selectmen's meeting, during which the ADU warrant article was discussed.

Planning Board Chair Kevin Ellis explained that overall, the board is of the opinion that this proposal should be further explored but found during the five hearings that were held to discuss it that there were a number of unresolved issues -- hence the board's recommendation to form a study committee.

This step follows passage at the 2018 Town Meeting of a zoning by-law amendment that allows ADUs -- often called in-law apartments -- in primary dwellings with a special permit, with certain criteria in place. Occupancy of the accessory unit is limited to family members or a caregiver.

Both the approved amendment and the proposed by-law change that will now be the subject of a study if Town Meeting backs the revised warrant article,  are geared toward allowing more flexibility for families wishing to remain in Hingham but who are finding it difficult in the current economic climate that includes skyrocketing house prices and increasing property taxes -- with an override vote anticipated next year.

Estes, who along with Mark Cullings did a great deal of research about the possibility of allowing ADUs in detached dwellings before the focus of the warrant article changed, said he would be willing to assist the study committee if Town Meeting approves its formation. "This is something that's important, not just for my particular situation, but for the benefit of the entire town," Estes said.

Selectman Joseph Fisher observed that on the one hand, ADUs in detached dwellings would provide living space for older family members who have lived in town for many years "to age in place" -- or to perhaps accommodate the homeowners' grown children in need of housing  -- while on the other hand, there have been concerns voiced that allowing "too many ADUs could have an impact on the look and feel of the town," which Fisher said is a balancing act.

Fellow Selectman William Ramsey expressed appreciation that the board is working through the issues. "There's a need for ADUs in town," he said. "Hopeful such a study committee would find a good solution to this issue. I look forward to the discussion."

The study committee would submit a written report to the Planning Board setting forth whether the Committee recommends in favor of any such amendment(s) and the reasons for such recommendations, along with any proposed changes. The goal would be for the results to be presented to the Planning Board within one year of the Committee's formation, but no later than Oct. 1, 2022.

Selectmen Chair Mary Power indicated that she believes the more public visibility and discussion on this subject, the better. "As we build off of this concept, some of the things people have been uneasy about might not seem quite as scary," she said.

Full details about ADU Article 27 will be included in the Town Meeting warrant that will be mailed to every Hingham household.