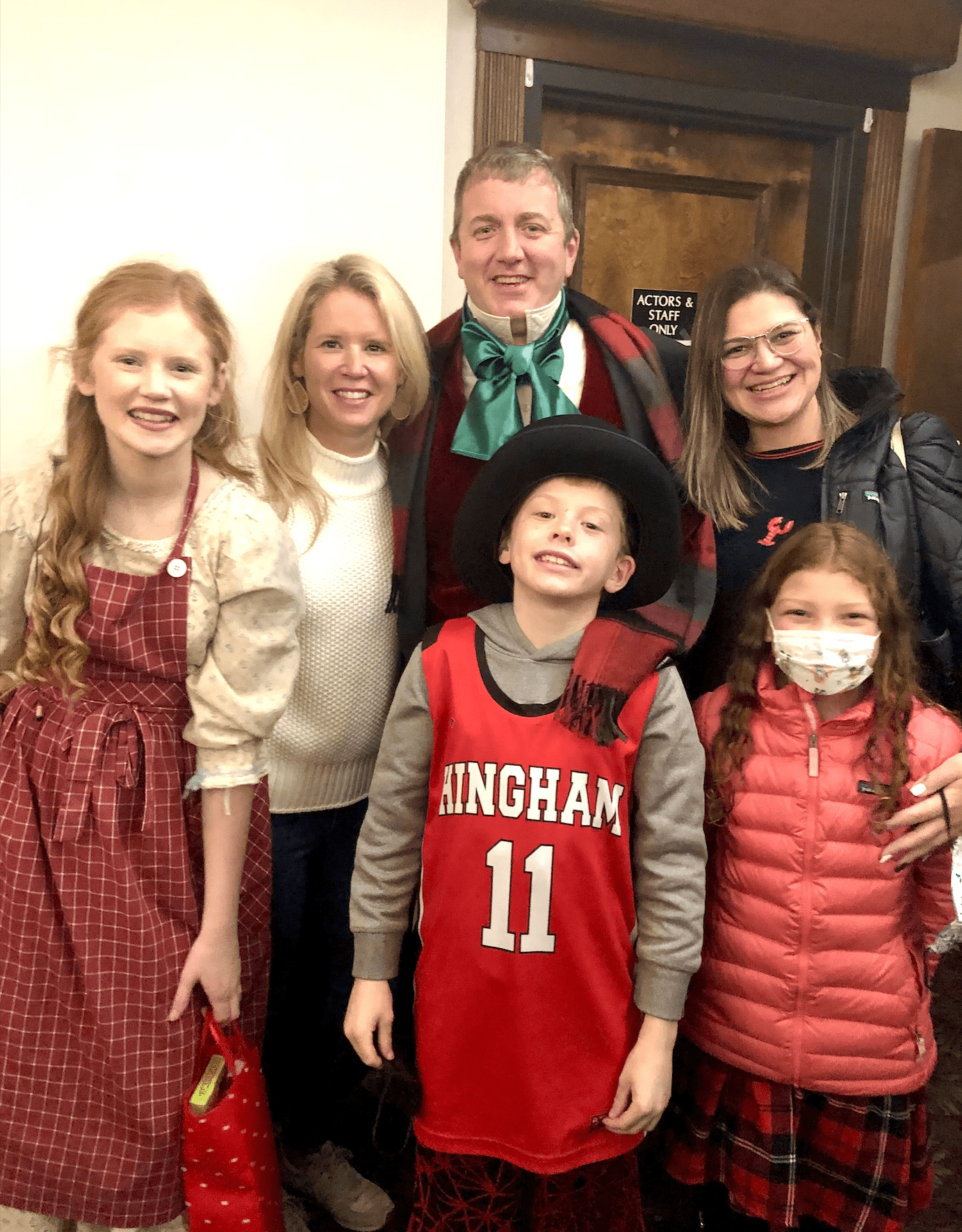 Like many parents, I tell my kids lots of things.  Sometimes it is garden variety “Dad speak”: do your homework, walk the dog, eat your vegetables.  Other times, it is more peculiar to my way of thinking: always watch anything related to Larry Bird, brush your teeth with your left hand if you want to become ambidextrous, our family once owned the mountain Bretton Woods – but a screwball ancestor lost it in a card game and changed the family name to LeBretton to avoid creditors.  Lots of things.

One of my many edicts that has been consistent (other inhabitants of my domicile might think “boring” or “trite” a more apt descriptor) is that they have to be a part of a team.  They need to know that relying on others and vice versa is incredibly important.  Life is about being a part of something bigger than self.  For the most part that worked when I translated it to sports. My kids flailed at soccer balls, swatted at tees with balls upon them and missed three footers by a wider margin than that distance.  Then, my oldest came to me and told me she didn’t like being on the bottom of a pig pile when fielding a grounder to short during tee ball nor having her shin used as the stand-in for a soccer ball.

I wasn’t having it.  March forward onto thy soccer field early on a brisk autumn morning and get pummeled by tiny Puma shod feet I told her, summoning my greatest Henry V: “Once more unto the breech!”.  No, she told me.  I was stumped.  By a nine-year-old.  So, I did what any reasonable parent would do – I told her to figure it out and find something to do with other people.  Yalta, this was not. (Nor even the Bretton Woods Conference, the 1944 chinwag of several dozen nations to arrange the post-WWII international monetary system, the trickledown pecuniary benefits of which would have been quite welcome in my home if not for the aforementioned screwball ancestor.)

There was no negotiation.  She retorted, rather firmly, by suggesting acting.  Her mother and I acquiesced and soon she was auditioning for roles and taking classes at the Company Theater just over the town line in Norwell.  This became her sport.  She fulfilled her mandate.

As time has gone on, her younger siblings got more engaged with team sports and I, as many of us do, volunteered to coach them. On turf, field or court, I was playing a role with their teams but alas my coaching career with my oldest was over.  I love the theater, so I was more than OK with her choice but other than ferrying her to and fro and beaming proudly from the audience, I didn’t have the connection with her, at her level, in her world, that I yearned for.

Then one day we started talking about me auditioning for a show at the Company Theater with her.  How hard could it be?  I’d go in, audition for a role in the classic American (well, British) play A Christmas Carol.  Surely, I’d get rejected, but at least I’d get a view of her world from the inside out if even for a second.

Then, the unthinkable happened.  I was cast in the vital dual role of Business Man 3/Shady Man 2.  My daughter, a veteran of the stage by this point, scored a slightly more prominent part with an actual name – Belinda Cratchit.  I had but four lines in this tour de force of a production but was also in the ensemble – meaning I would stretch not only my acting chops but also thrill and entertain with my warbles.

How hard could this be?  Turns out, very hard.  Rehearsals starting in September for a show that would go live the Friday after Thanksgiving.  Nights and weekends spent in rehearsals learning intricate dance moves (life is about perspective – for this guy the two step is like astrophysics), singing in Latin, dodging the mists billowed forth by the fog machine at peak flu season. And, most crucially, perfecting the art of getting into character as a third businessman and trying to become the part of Business Man 3/Shady Man 2 – really embody him, the way Brando or Denzel or Daniel Day Lewis would. Method acting, they call it.

Along the way I got to be a part of an amazing group of talented, wonderful, welcoming people.  I got an insight into my eldest daughter’s version of a “locker room,” saw this team deliver knockout performances – usually five shows over a three-day period.  I heard the motivational speeches of the coach – er, director – before each show.  I saw the sweat of my fellow thespians as they rushed around backstage to costume change, move the set or cheer on their teammates.

And I only messed up my lines during a performance once.  Feeling embarrassed and shaken I apologized to Businessmen One and Two only to hear, “Don’t worry about it, we recovered and things went great.”  They picked me up after my metaphorical missed free throw.  They had my back just like good teammates would.

The show was a great success – one of the first shows to come on stage post-Delta but pre-Omicron, which lent an added sense of camaraderie among the cast and crew.  It was a life raft in choppy seas for many of us.

As an aside, if you haven’t been to a show at The Company Theater – go.  It is an incredible production house with Broadway-caliber acting and singing.

Except for Businessman 3/Shady Man 2 that is. He might need some more seasoning before making it to the Big Leagues. 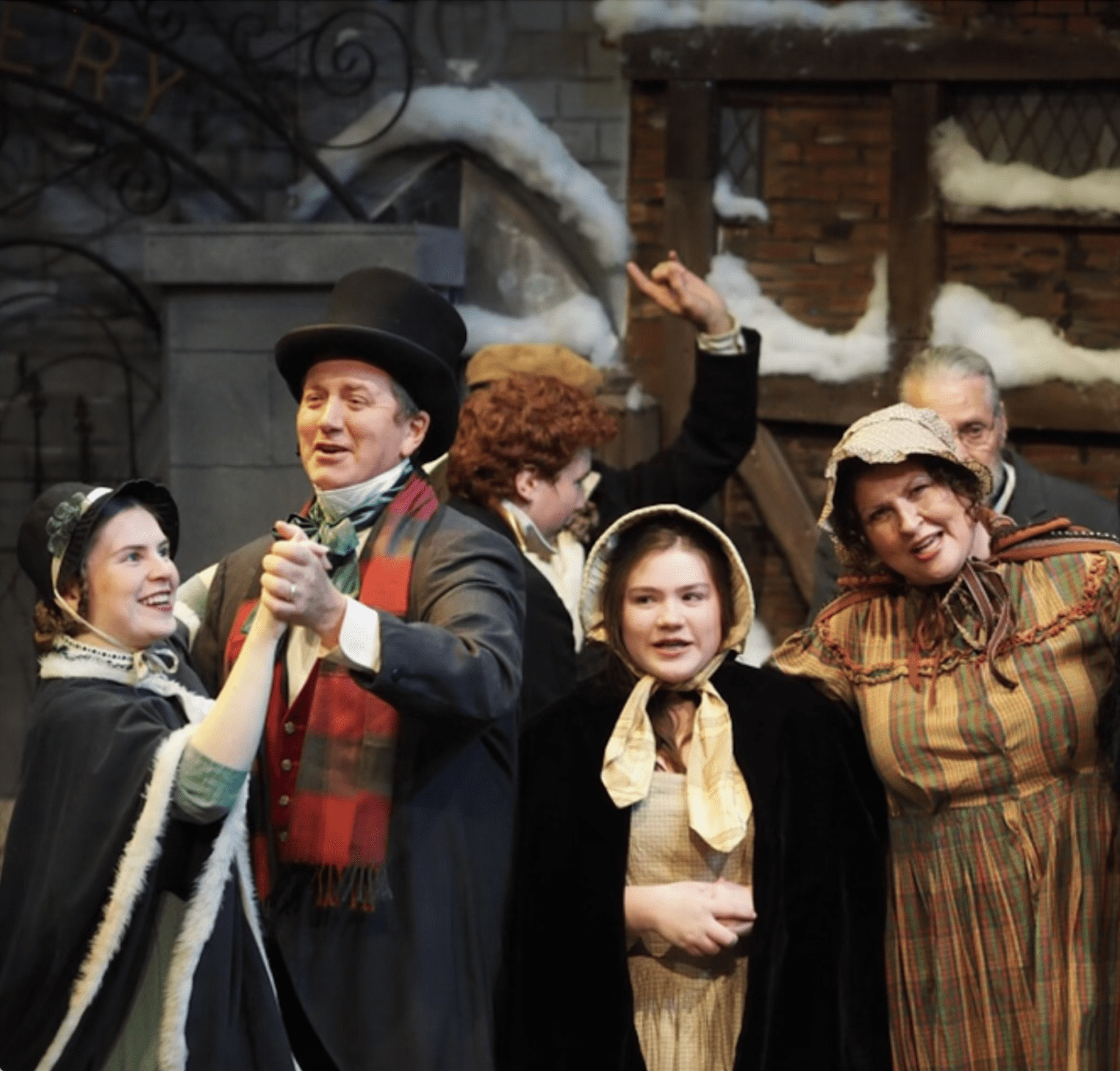 Dredging the Harbor is a  column for the Hingham Anchor by Hinghamite, Matt LeBretton.