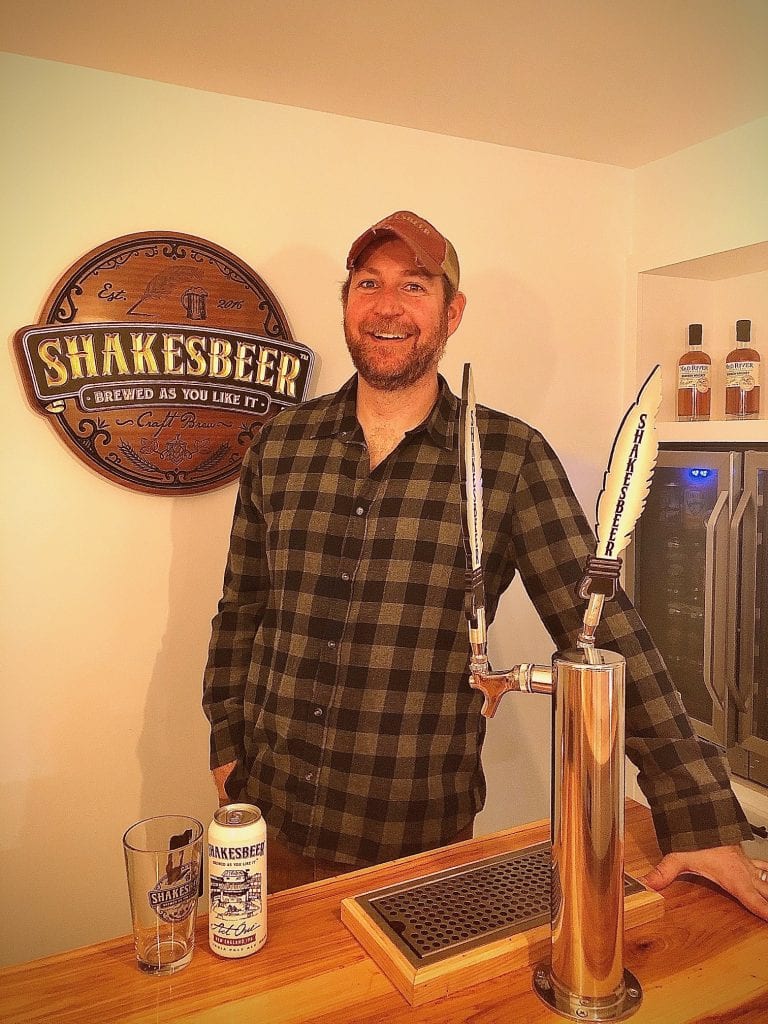 Michael Sartor has been a Hingham resident for the past decade and a half, living here in town with his wife Jessie and their three sons. Sartor practices law full-time in Boston while also balancing the Shakesbeer Brewing business which he and Jessie began in 2017. Since then, the Sartors' Shakesbeer brand has been met with such success that the couple was able to expand their thriving start-up! Shakesbeer has become a fixture at bars, restaurants, and package stores on the South Shore and beyond.

Mike Sartor is our latest Human of Hingham. Hingham, meet Mike: townie, husband, father, commuter, and local entrepreneur--among a hundred other things. Read on to get to know him better!

Hi there Mr. Sator. Thank you so much for taking the time to talk to us today! Can you introduce yourself to everybody?

"My wife Jessie and I have lived in Hingham for about 15 years. Under our roof we have our three boys: Will (age 13), James (10), and Teddy (4) plus two German Shepherds and one rabbit. And, outside in a coop--"which the Sartors lovingly refer to as "Cluckingham Palace" we have 22 chickens. By day, I work as a corporate lawyer focused on mergers and acquisitions for a firm in Boston but outside the office, I keep busy with a lot of hobbies: brewing and running Shakesbeer, playing guitar and songwriting, cycling, among other things."

What's your relationship to the Town of Hingham?

“We've been in town for 15 years.  We were originally drawn in by the prospect of a daily commute by ferry to Boston for work, and we quickly realized that this was the perfect town for us to raise a family in.”

“We live right near Wompatuck, and I love to get out there with my mountain bike and ride the trails. The park is incredibly expansive and there are always new areas to explore!”

What's your favorite restaurant and meal (or bar and beer!) in Hingham?

“I have a number of favorite restaurants in town— especially the many that have supported Shakesbeer over the years: Trident, Greenside Grill, Stars, Square Cafe, and the Quarry, just to name a few. The variety of Hingham's dining scene is one of the many things we love about our town.”

Is there anybody in Hingham who you find inspiring?

“David McCullough is my favorite author, and I think it quite befitting to have America's foremost historian living in one of America's most historical towns.”

"A full-time brewer, or a professional musician! Or, better yet, a rockstar that brews."

Favorite vacation spot for when you need a getaway?

“We love spending time in Nantucket and rent out there every summer. We're big fans of traveling in general. In June and July of this year, we piled the kids and dogs—the bunny and chickens had to stay home—in a rented RV and drove around the country for three weeks, hitting a lot of the National Parks and taking in scenery. It was a really nice way to break the monotony of quarantine while still remaining socially distant.”

“Having grown up outside New York City in Connecticut, I'm a Yankees fan!”

And now, let's talk about Shakesbeer! 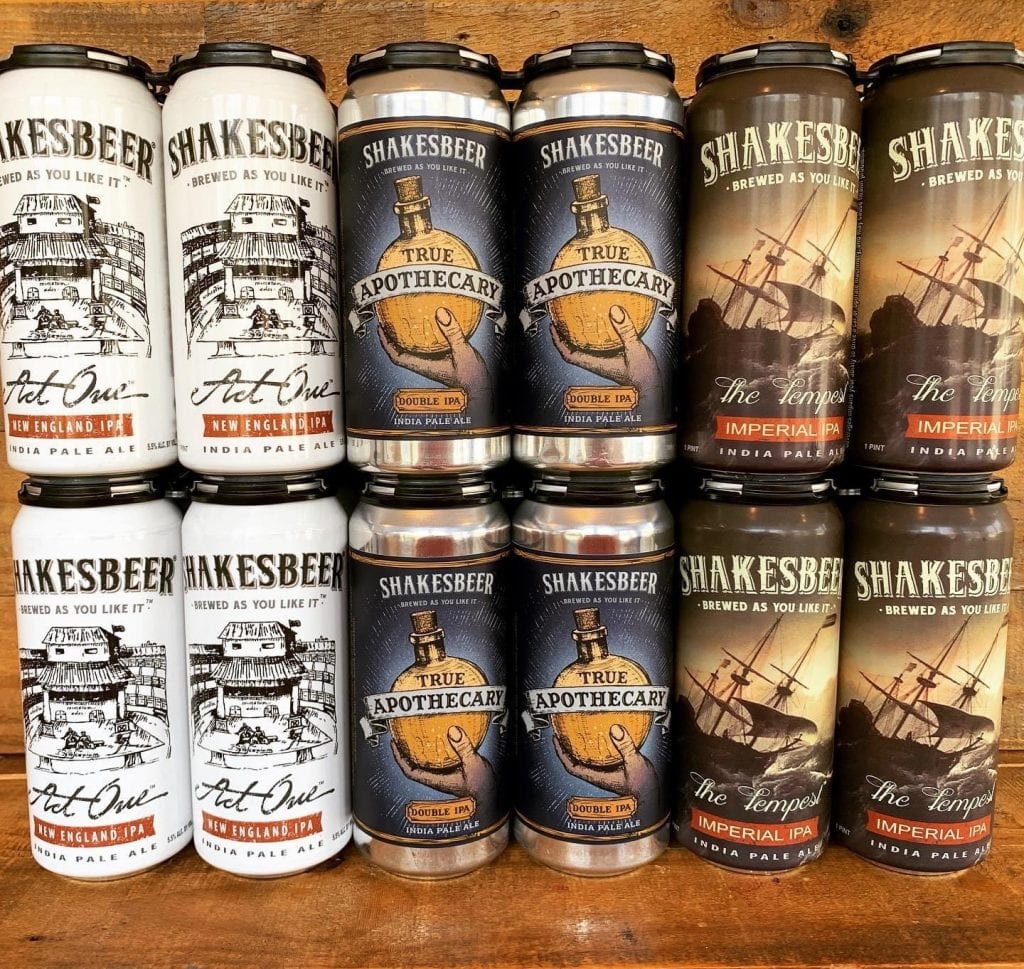 Can you talk to me a bit about how the brewery came to be?

“Jessie and I met at Colgate and started dating our senior year. Jessie was an English major who wrote a senior thesis on Shakepeare's works; as for me, I consumed a lot of beer in college. So we thought we'd combine our respective talents and bring the world a Shakespearean-themed line of beers!"

So cool! What inspired you or gave you the idea?

"I actually conceived of the punny name many years before I even began brewing.  It was a foreshadowing of my developing expertise in 'Dad jokes.'"

Wow, and what got you into home-brewing?

"A few attorneys I worked with years ago had a small brewing club that I decided to join. I bought some very basic equipment and went to work on a few batches and, while not great, they were good enough to pique my interest. Not long after, one of my brewing friends moved out of the country and had to leave behind his more advanced equipment, and that heightened my interest and really got me going."

"It was really exciting to take the plunge, and immensely satisfying to see people appreciate the beer and Shakespearean theme!"

"When we started Shakesbeer, we did it by dipping a toe in the water. We didn't build our own brewery and start a full-time operation; instead, we partnered with a small brewery in Connecticut to do our production there, and then expanded through a partnership with another brewery here in Massachusetts for additional capacity.  Needless to say, there's a lot less overhead cost in taking our approach, and in the face of COVID-19 and the related impacts on businesses, we've had an easier time economically than some in adjusting our business model and production to fit the new normal.  However, since we don't have our own tap room, we typically rely on beer festivals and tastings to get our name and product out there, so it's been tricky to find other ways to stay top-of-mind with customers. As we look ahead, we have always had our eyes on finding a spot to set up a full-time operation, and no doubt that as things continue to open up we'll resume exploring the possibility of a Shakesbeer brewery and taproom right here in Hingham!"

Well, we sure hope so! What's the best part of your job?

"No question my favorite part of the job is the people I get to meet along the way: from brewers to bartenders to package-store owners, the beer and brewing community is an incredibly collaborative and friendly world. I also love meeting and chatting with people at beer festivals; it's always fun to find the literary enthusiasts who really get a kick out of our brand."

"Act One is our flagship IPA and the first beer I brewed commercially, so that will always have a special place in my heart; sadly, Jessie has Celiac and therefore can't drink beer because it contains gluten. I've tried my hand at gluten free beers, but no home runs yet..."

Any Shakesbeer meal pairings you can recommend?

"Well, Act One is citrusy and relatively light for an IPA and goes with just about everything.  I like pairing it with seafood, particularly fish tacos."

"Romeo and Juliet for me. Jessie needs to name two: Twelfth Night for a comedy and Hamlet for a tragedy."

"We're working on a small batch of Star-Crossed, our Galaxy and Mosaic hopped IPA, will be hitting shelves in a few weeks.  Also available now is our flagship Act One and our double IPA, True Apothecary. We're hoping to roll out some new brews this winter and spring!"