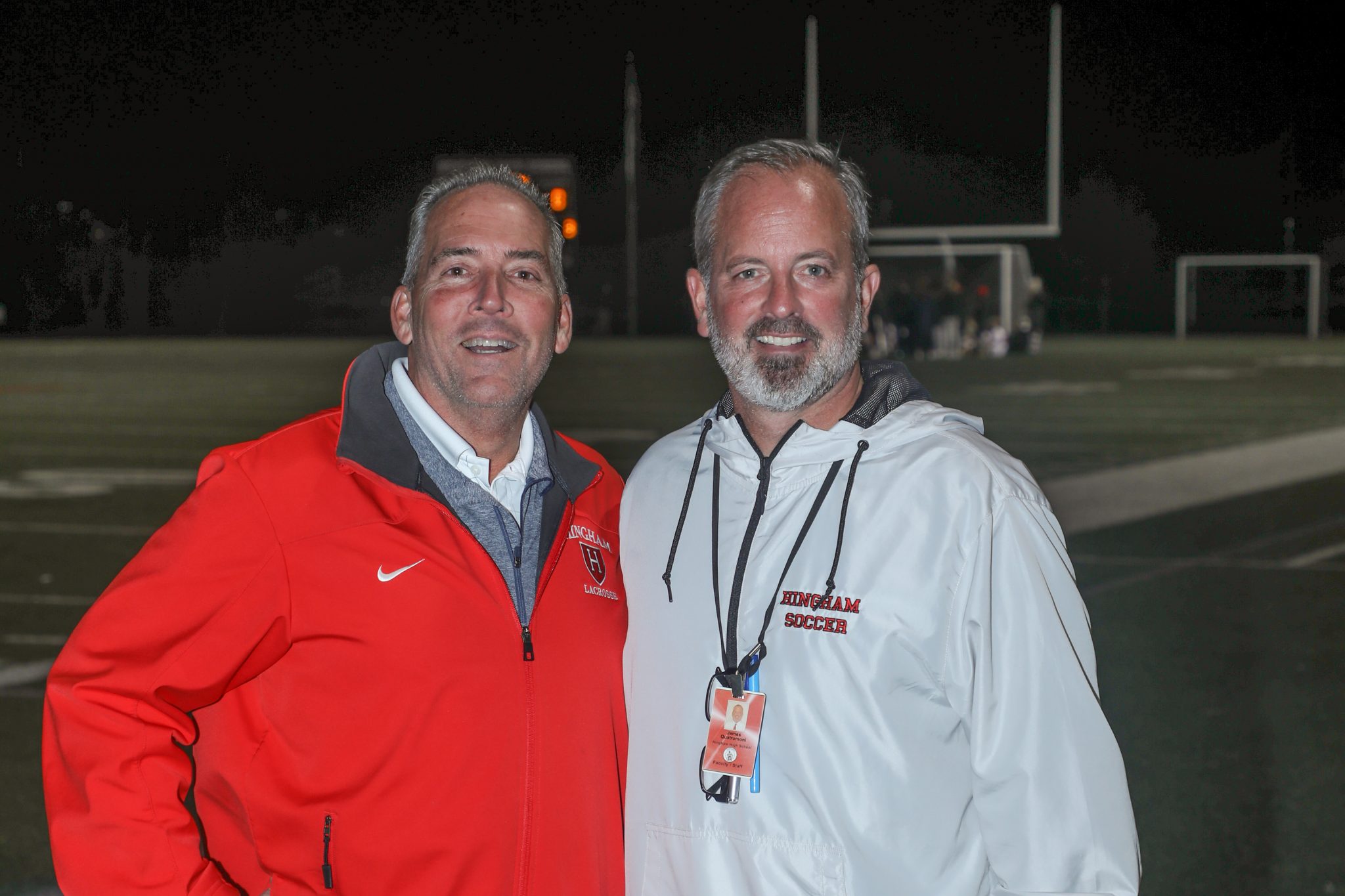 The Hingham Athletic Department was honored again this week as long time athletic trainer Al Blaisdell was named 21/22 MSSADA Athletic Trainer of the Year.  This comes a week after Jim Quatromoni was named Athletic Director of the Year.

Blaisdell has been a trainer at Hingham High School for 30 years.  In Quatromoni’s letter of nomination to the committee, he describes Blaisdell’s career work worthy of the person the award is named for.

“Al Blaisdell has been a fixture in his role at Hingham High School for over 30 years,” Quatromoni writes.  “In that time, he has worked with his administration and other schools in the area to promote staff athletic trainers as the standard of care for student athletes across the Commonwealth. Al currently works with several schools in our area to help provide and mentor athletic trainers in their buildings. He does this while maintaining the high level of care that he provides to the student athletes of Hingham High School.”

The MSSADA Athletic Trainer of the Year award is named after Yoshitaka Ando.  Ando was the long time athletic trainer at Lincoln-Sudbury before he died from esophageal cancer in 2019.  Like Blaisdell, Ando was a fixture on the sidelines of L-S and was loved by all the players. This is just the second year the award has been given.

“I’m honored and extremely grateful to be receiving the Yoshitaka Ando Athletic Trainer of the Year Award,” Blaisdell tells the Anchor.  “I’ve been privileged to work with so many great athletes and community members throughout my time at Hingham High School.”

When he’s not on the sidelines on the field or courts, he’s the Director of Athletic Partners at Peak Physical Therapy.