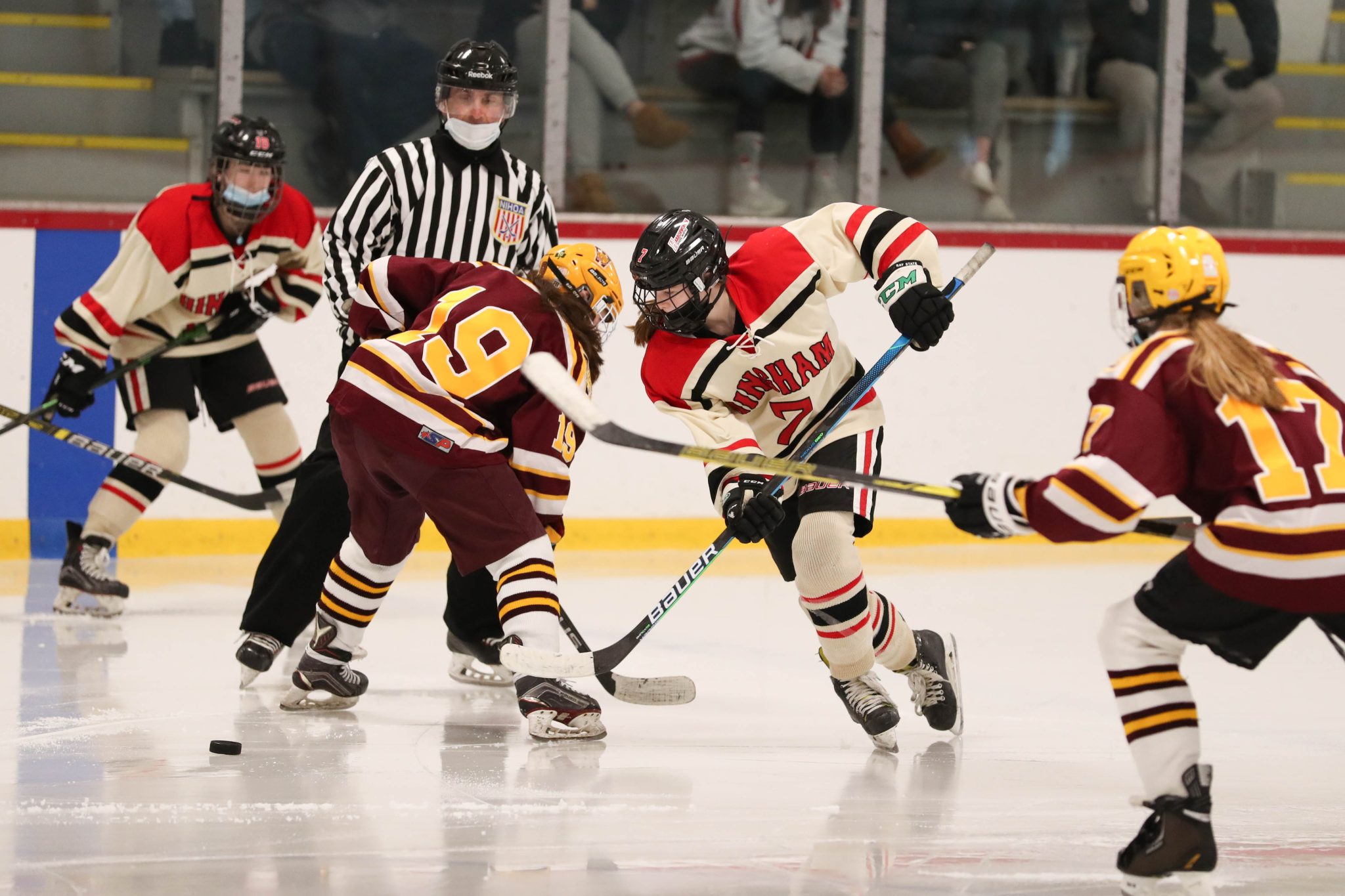 Freshman Caroline Doherty is one of many young players making an impact on the varsity team.

Nothing was going to stop the traditional girls hockey Christmas Eve game between Hingham and Weymouth, even if the Harborwomen had 5 key players out sick.  After starting the season with a tough 3-1 loss to Norwell, the girls have bounced back with two straight 4-1 wins against Whitman-Hanson/Silver Lake and Weymouth.

For the past couple of games, the team has needed the younger players to step up and fill in.  They have done just that.

“The young kids are playing great,” coach Tom Findley said after the game. “They’ve done it the last two games.  I’m very happy with the way they played.  They’re following the program, they’re competing and we got good opportunities today and we took advantage of them.  Our freshman goalie Brynn Scott played great.”

It’s been a balanced attack the past few games.  The win against WH/SL saw 8th graders score three of the four goals (Alexa Harris (2), Brenna Doherty)  and the veterans put the points on the board versus Weymouth with goals from senior Lilly Thrun and juniors Erin Packard and Abbey Kennedy.  The younger, inexperienced roster does invite a more physical game from their opponents, but Findley says the girls are doing well handling the situations.

“I would do the same thing,” explains Findley.  “Get physical, put a body on them.  But our kids did great.  They stood up. They played their game.  They didn’t let that bother them.  They continued to play their game.  Our game is speed, three lines, maybe four if we can get them in. Five or six defensemen.  That’s how you develop kids.”

In addition to the on-ice experience, Findley points out that the leadership of the older players has had a big impact as well.

“Our two defensemen, Erin Packard and Lilly Steiner, did great today,” remarks Findley.  “They stepped it up as older kids people look up to.  Abbey Kennedy, she’s done great.  Lilly Thrun, popped in a goal today, a power play goal, she’s a senior.  It’s funny how the kids look up to these kids.  They carry themselves so well, good kids, stay out of trouble, dedicated, and that’s how we bring up the next group of kids.”

So far the dynamic of having a team of pretty evenly split between 8th/9th/10th graders and 11th/12th graders has worked out well for the Findley and his team.

The Harborwomen are back on the ice tonight vs Braintree at the Bog in Kingston. 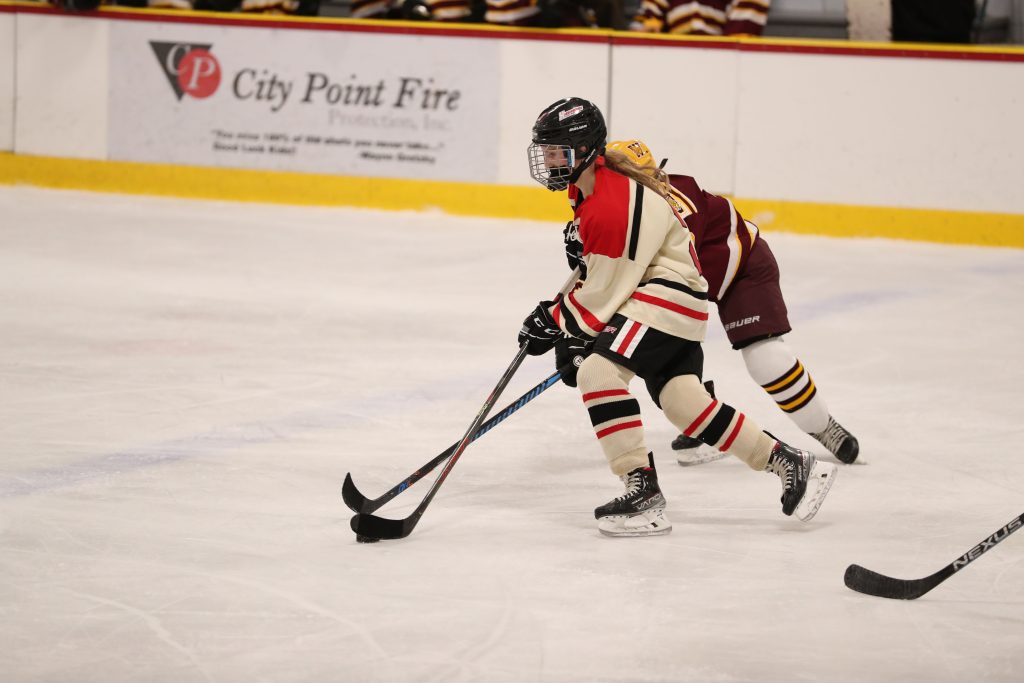 Freshman defenseman Cassidy McCabe skates the puck out of her zone. 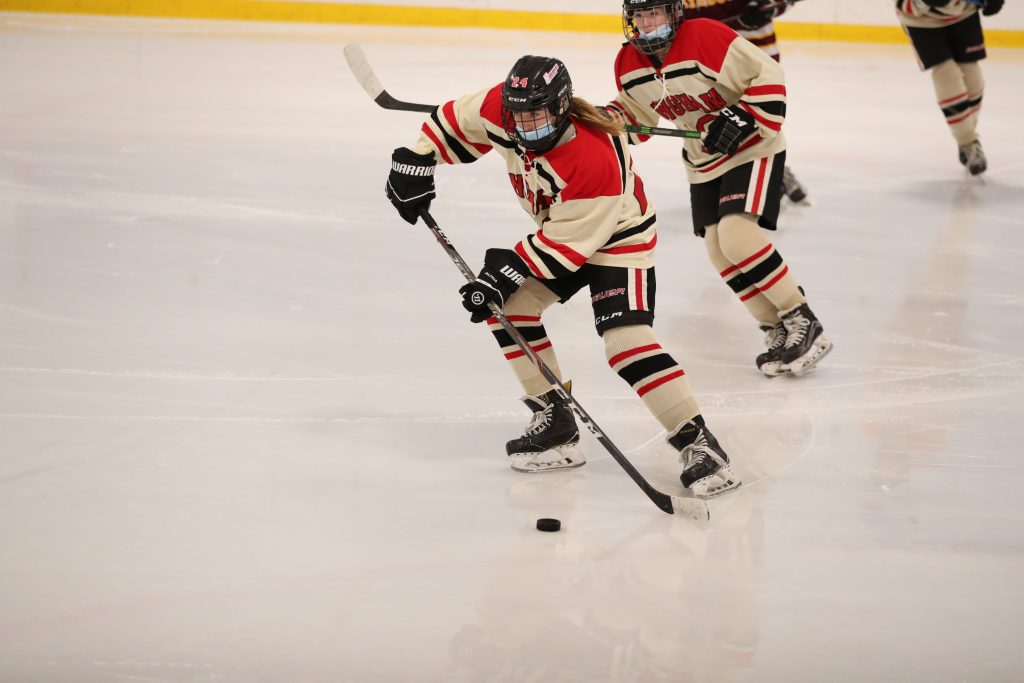 Junior Abbey Kennedy passes to a teammates in the second period. 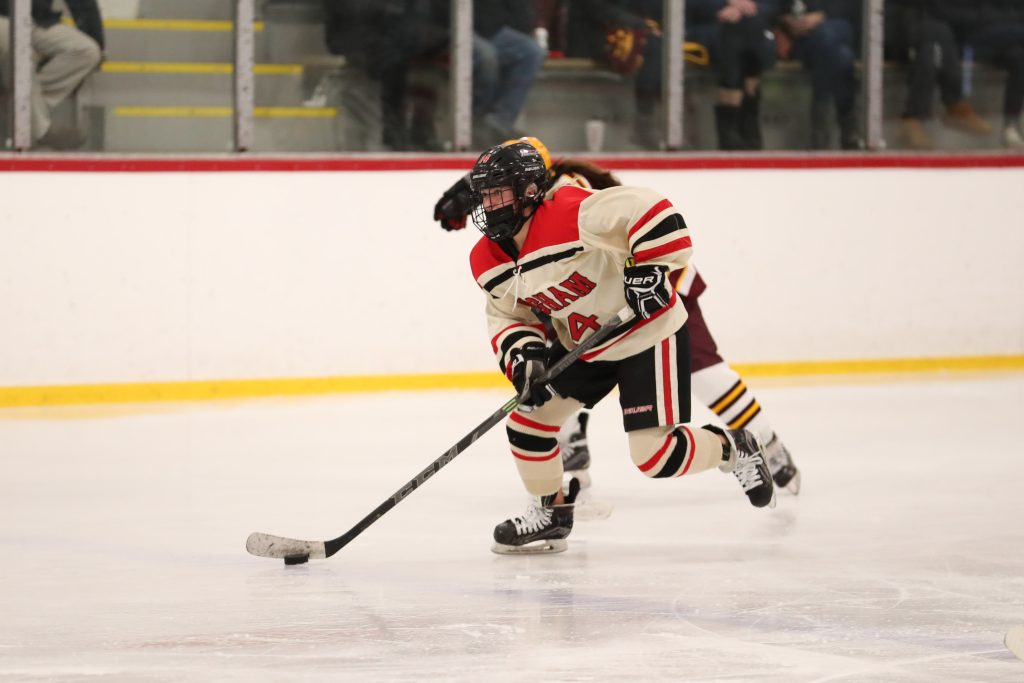 Junior Erin Packard breaks away down the ice before scoring a goal. 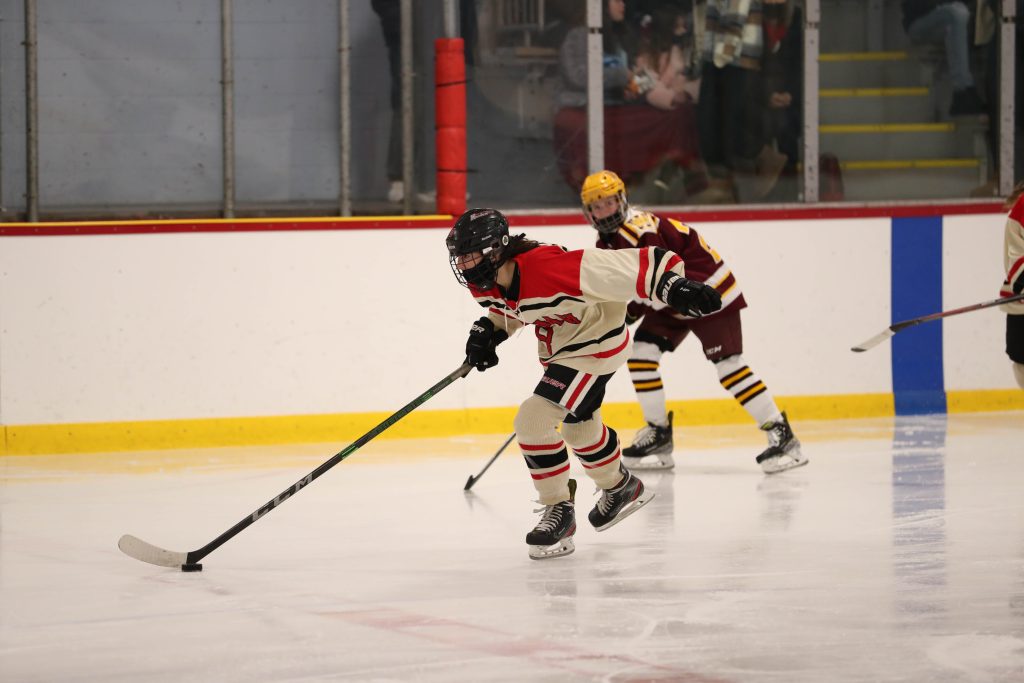 Sophomore Reese Pompeo skates through the neutral zone away from 2 defenders. 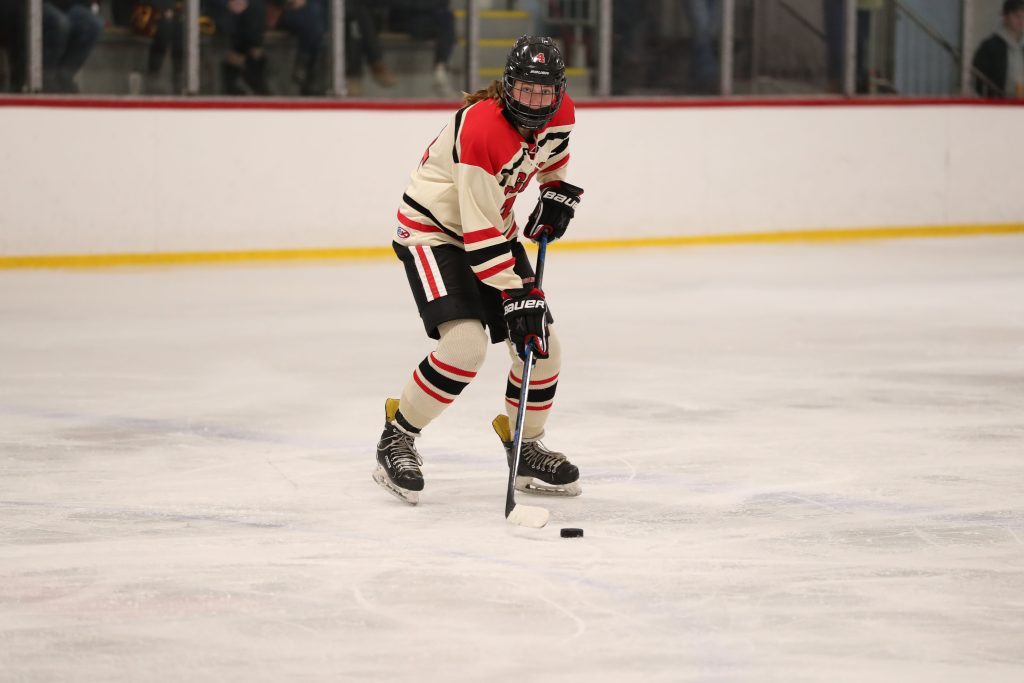 Senior captain Lilly Steiner moves the puck out of her end. 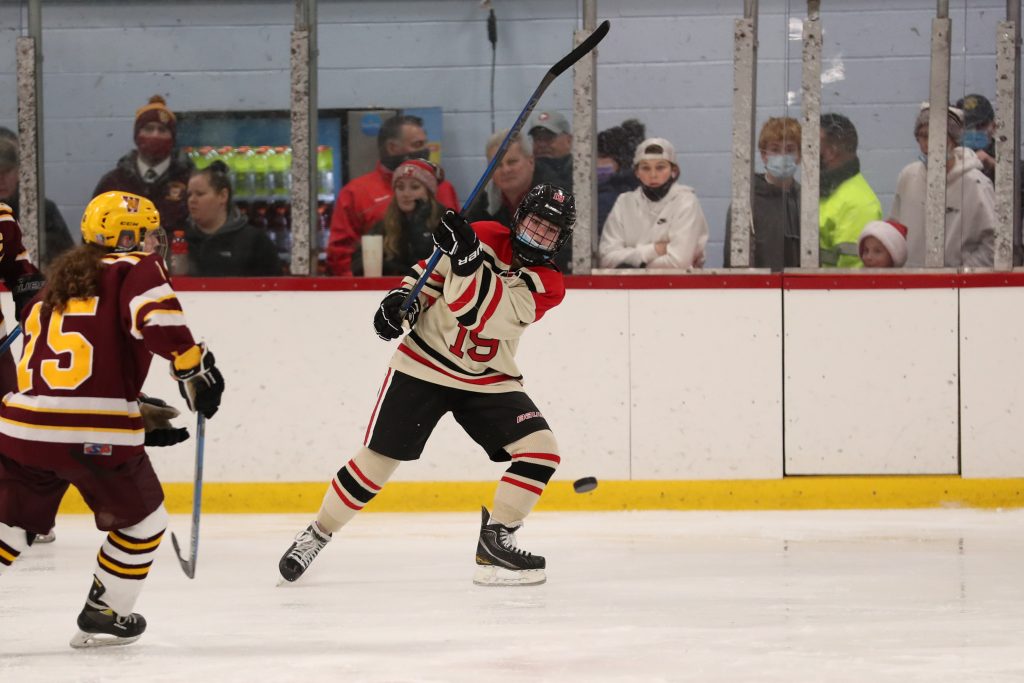 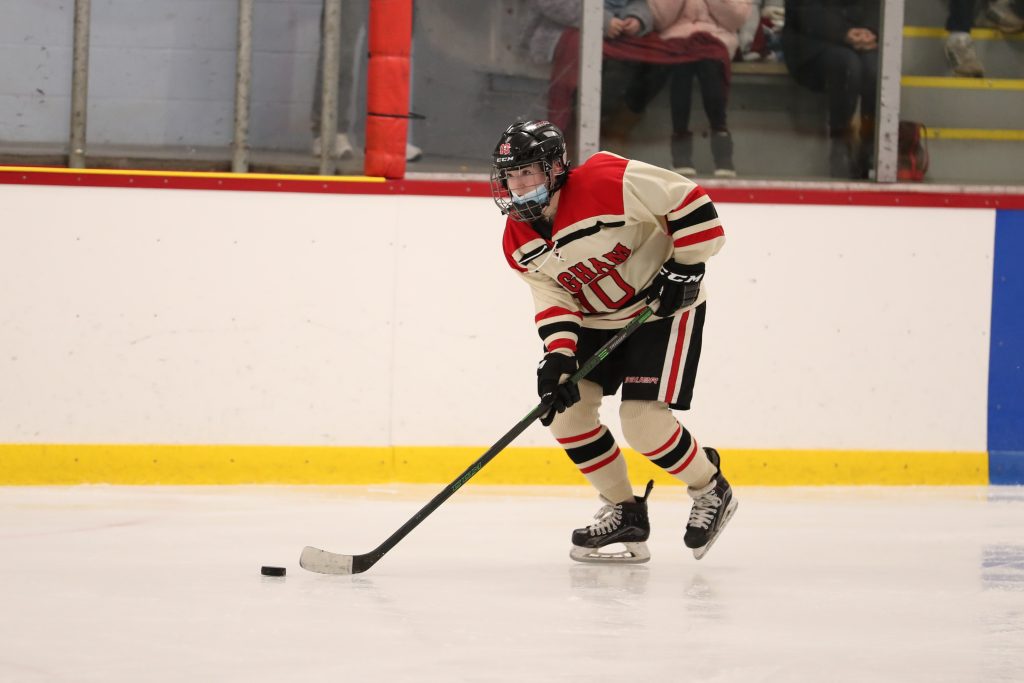 Senior Lilly Thrun moves the puck up the ice in the third period. 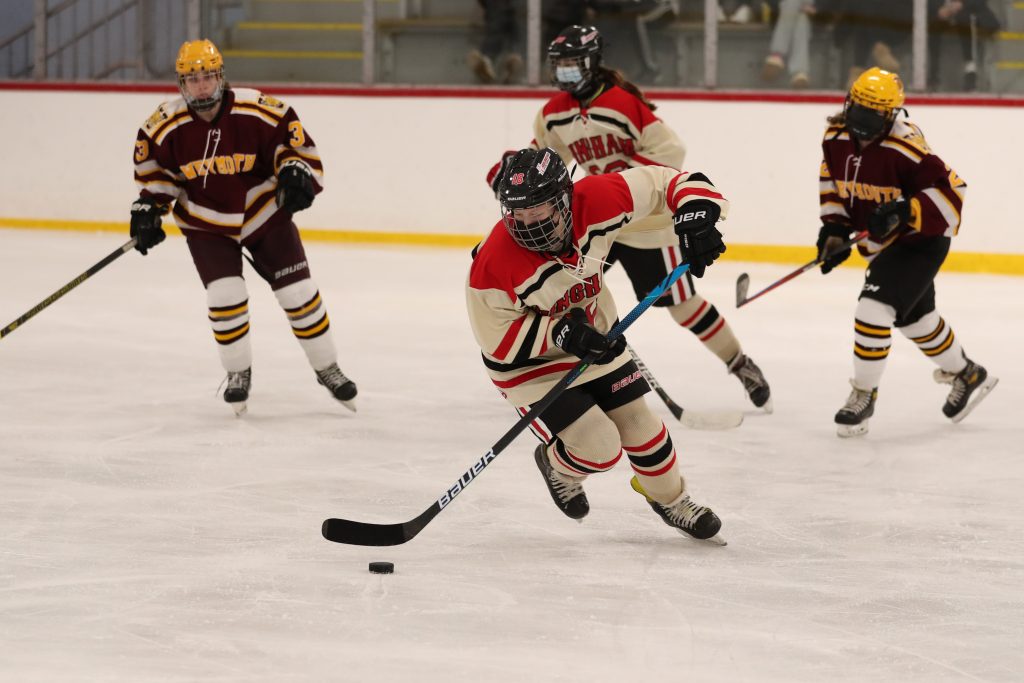 Freshman Pippa Jiranek is one of five freshman making an impact on this team. 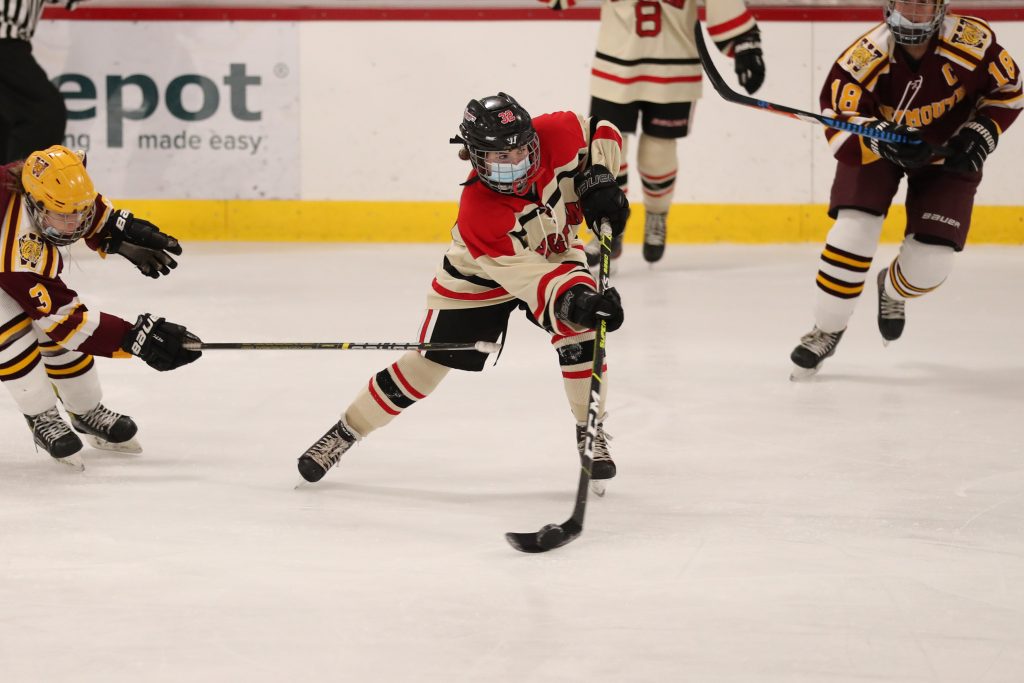 8th grader Katie Teague has gotten some quality playing time the past week.