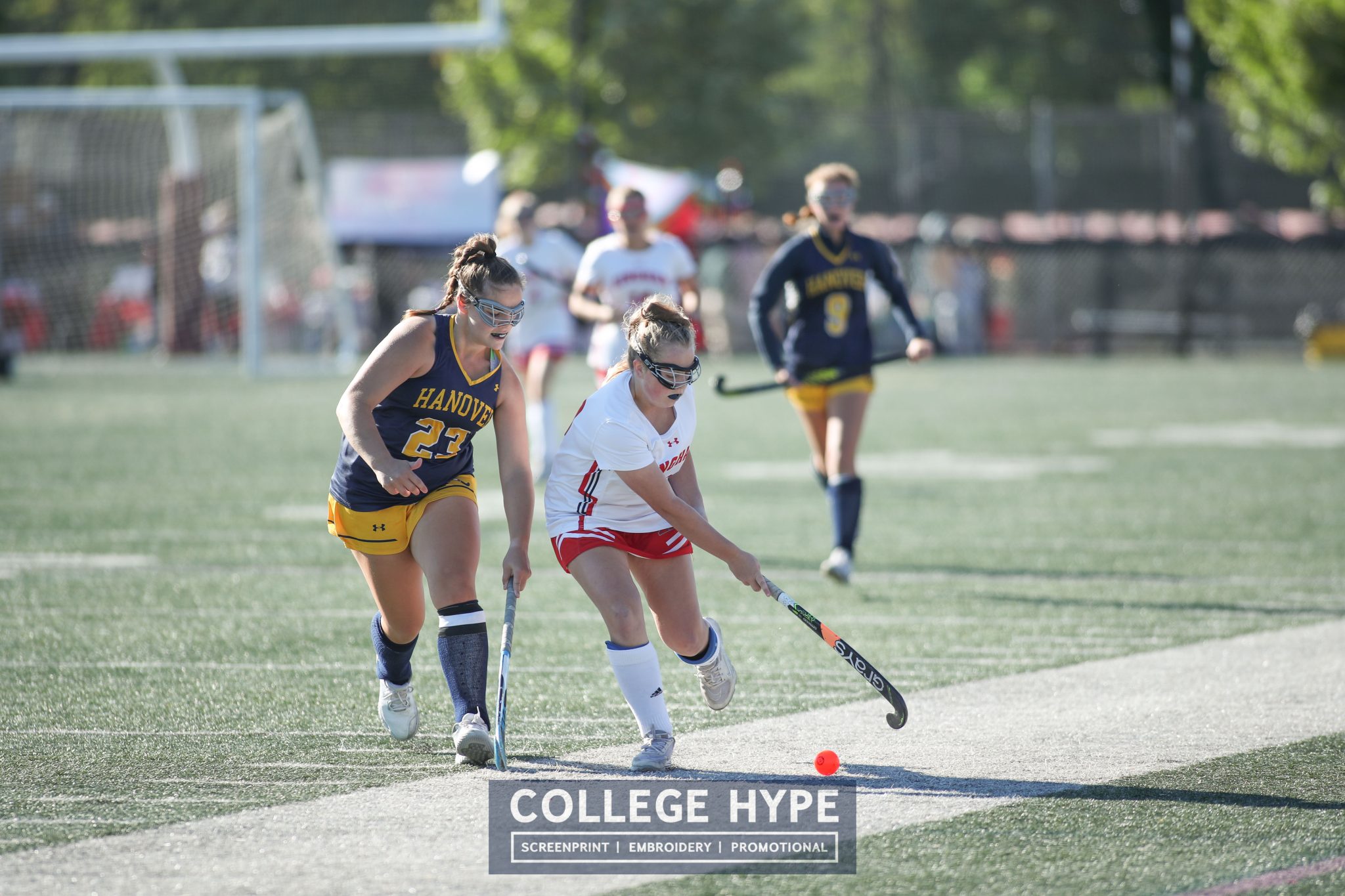 Sophomore Haylen Wilson brings the ball up the sidelines during a game vs Hanover on homecoming.

This week’s Athlete of the Week presented by College Hype is sophomore Haylen Wilson.  Haylen is a second year varsity field hockey player who has had a big impact on her team not only last week, but the whole season.   She’s a big reason why they are still undefeated.

“Haylen has been a major contributor on the team since last year, when she subbed for her sisters (Kyle and Kenzie) on the forward line,” says head coach Susan Petrie.  “This year, she is starting at left wing and has picked up where they left off. Last week, she had a hat trick in a 5-0 win over Pembroke, and then she had a goal and two assists in a 7-0 win over West Bridgewater. She currently leads the team with 10 goals and 6 assists, but more importantly, her drive and determination help push her teammates to do better as well. She's a great competitor but has also been a great teammate, especially when it comes to welcoming the new freshmen on the team this fall.”

Her teammates also have high praise for her.

“Haylen’s skill of bringing the down the ball on the sideline and then sending it in the circle has allowed many corners and goals to occur,” says senior captain Elli Savitscus.  “Her one timers off the corners have led her to many goals and assists.  She is an amazing team player.”

Fellow senior captain Abbey Kennedy adds “Haylen is just an all around incredible player.  She always knows where to be on the field and is always in the right position to score.  She’s one of the reasons why we have scored so many goals in our first nine games and we are so lucky to have her.”