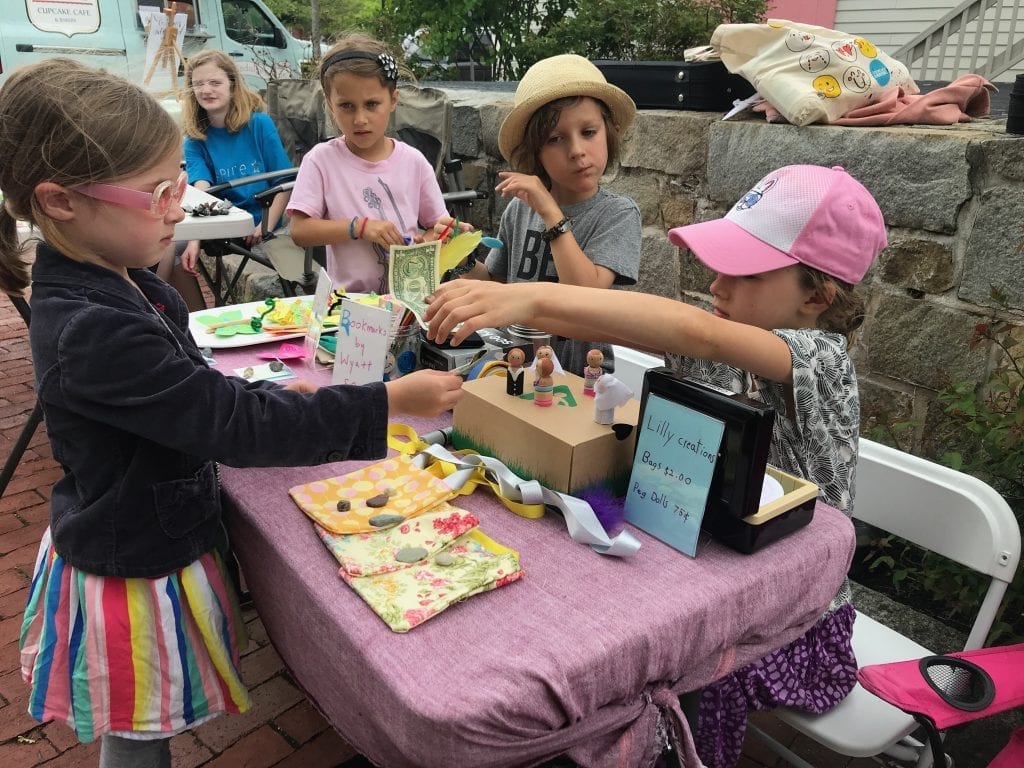 This Sunday, June 2nd from 11:30-1:00 Downtown Hingham will host the annual spring Children’s Craft Market.  The craft market is hosted twice per year – fall and spring – and takes place throughout the tunnel cap walkway between Winston Flowers and J. McLaughlin.  The Children’s Craft Marketing is a a craft only open-air market (no food!) consisting of crafts made by children at home, and sold to the public in Downtown Hingham. Local youth also play music during the Market. The merchants at the Market are all local youth, sharing their crafts and music with the public. 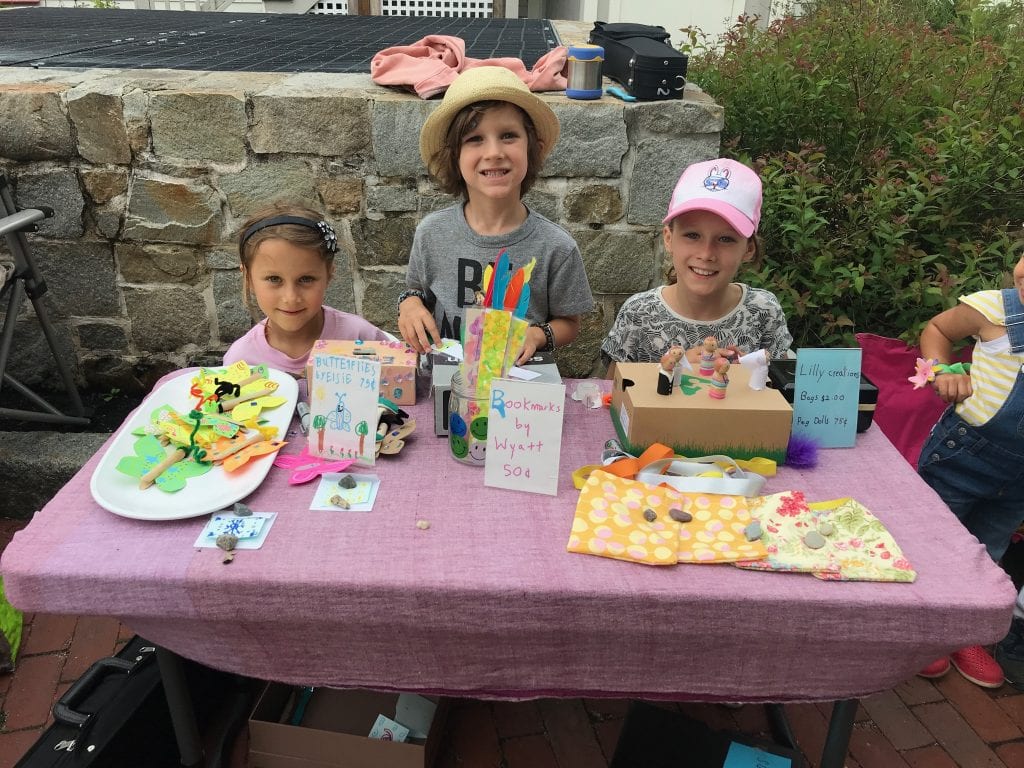 The mission of the Children’s Craft Market (CCM) is to create a place for local children to come together in Downtown Hingham to display and sell items that they have made on their own at home. This encourages children to be independently creative at home, helps them learn valuable social and life skills in a real life setting, provides an avenue for our downtown community to support our children, and allows local children to do something fun together. 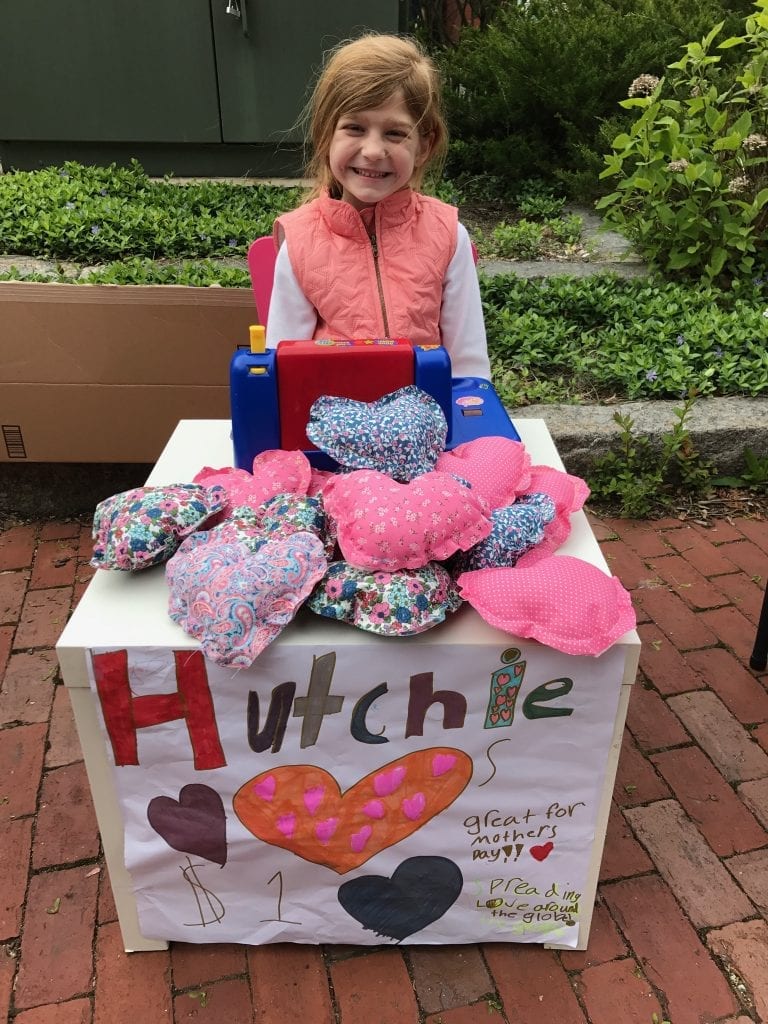 Children (as young as 3) who participate are expected to make their crafts on their own with just a little itsy bitsy help from their parents. Children set up a small table with a chair to sell their crafts and manage their table as much as they can on their own. Crafts range in price from $.25 - $3.00.

How it all Began

The idea for the Children’s Craft Market of Hingham was formed after local Hingham resident Jenny Weymouth and her family visited a similar children’s market in Western, MA in 2012. As a former teacher, she was impressed seeing children ages 4-15 sell items made on their own to complete strangers. More exciting was to see her young children ask the artist about their work and watch their interactions. Jenny realized how many wonderful real-life skills were being used at an event like this. From the creative process of creation and fabrication of a product, to market strategy, interactions with the public (eye contact, answering questions), handling money and making change, discussing profit margin, and more, Jenny realized this sort of experience would be amazing for all children. Jenny decided once her children were old enough to craft and they were settled in Hingham, she would figure out how to start a similar event. 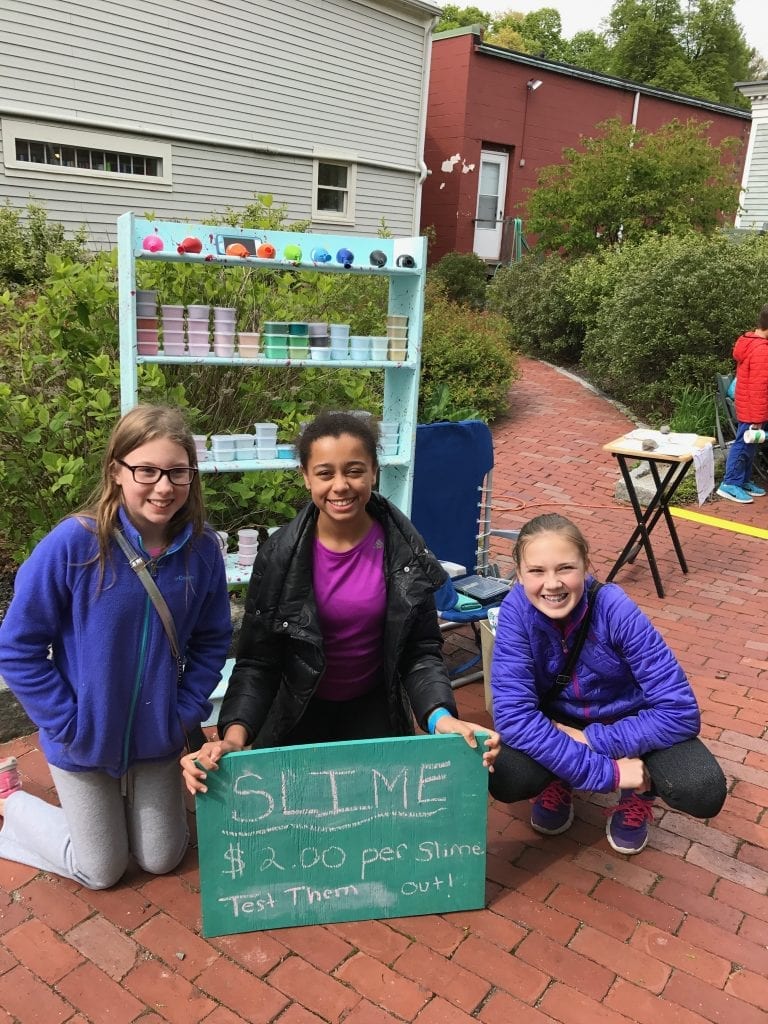 By the fall of 2015, one year after Jenny and her family settled in Hingham, the first Market took place thanks to the encouragement of a new friend Jenny had made. Three Markets were held that fall as a test to see if families liked this sort of event, which they did. 2019 will be the fifth season of the Market. 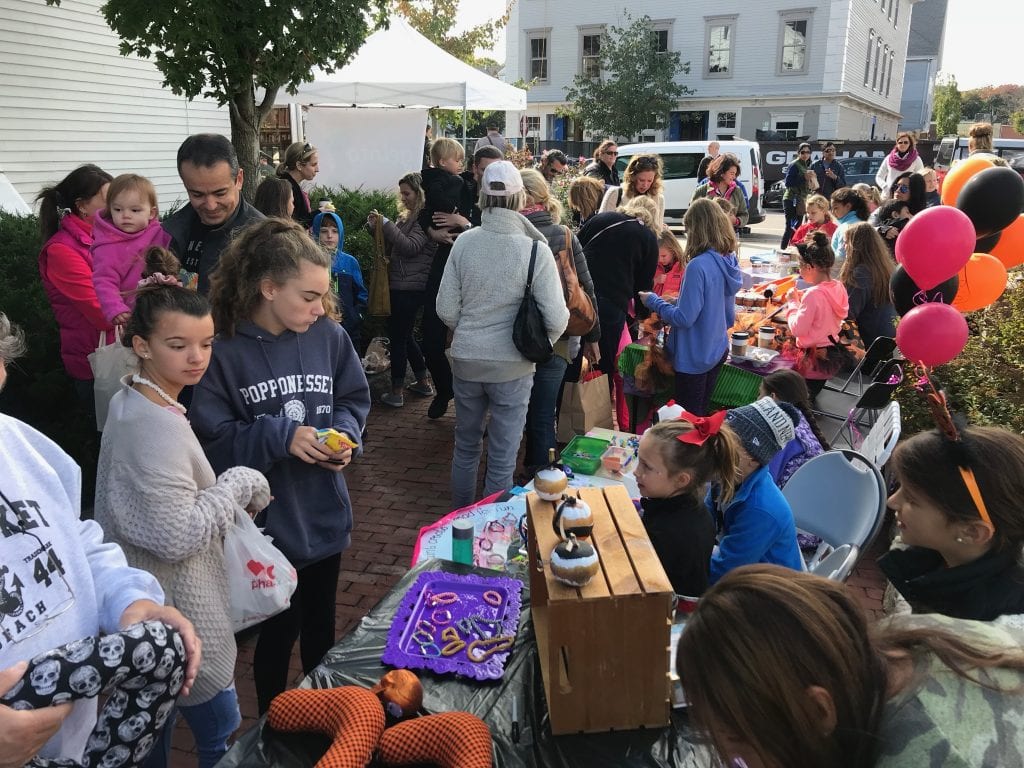 The Market is a true grass roots effort and is successful when the families from Hingham and the surrounding towns come together to support their children. When parents and caregivers hang signs, spread the word by email, share the event on their social media platforms, and show up on Market Day to support all the children at the Market, the Market thrives and the children benefit. 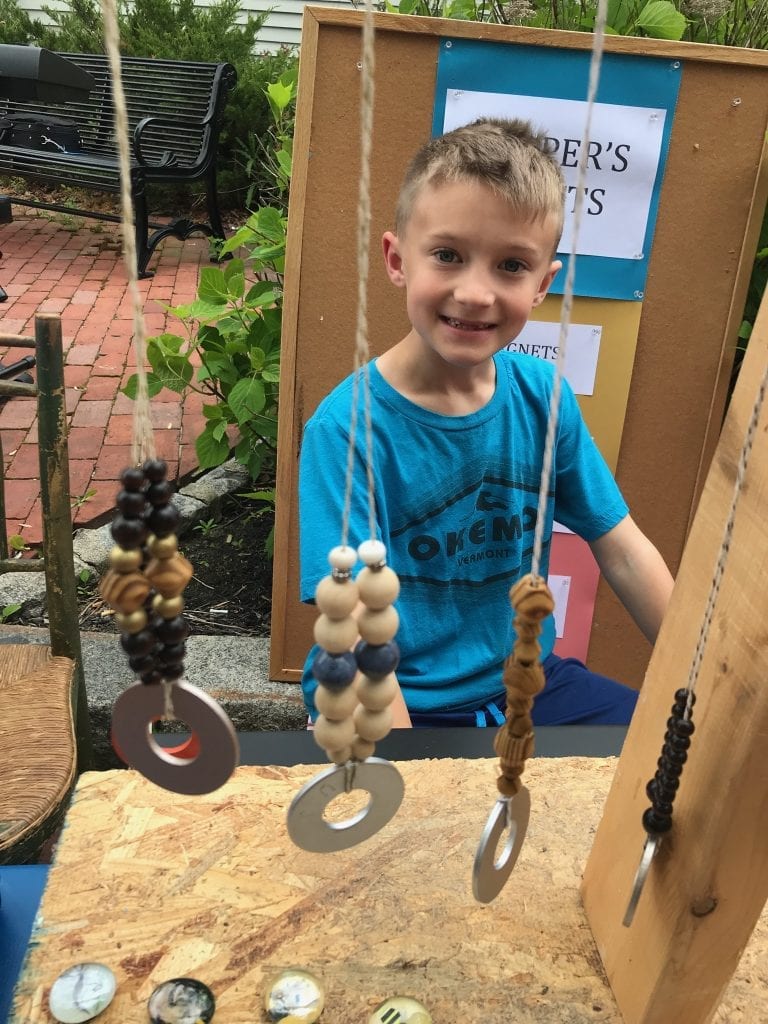 “So far, the town has shown up in big numbers at each Market these past few years. While it does take a lot of work to organize and make happen, the reward is great,” said Jenny Weymouth. “For those whose children have participated in the past, their excitement before, during, and after Market Day makes it crystal clear that creating the space and time at home for your child to create and to fit the market into your family’s, busy schedule is all worth it!” 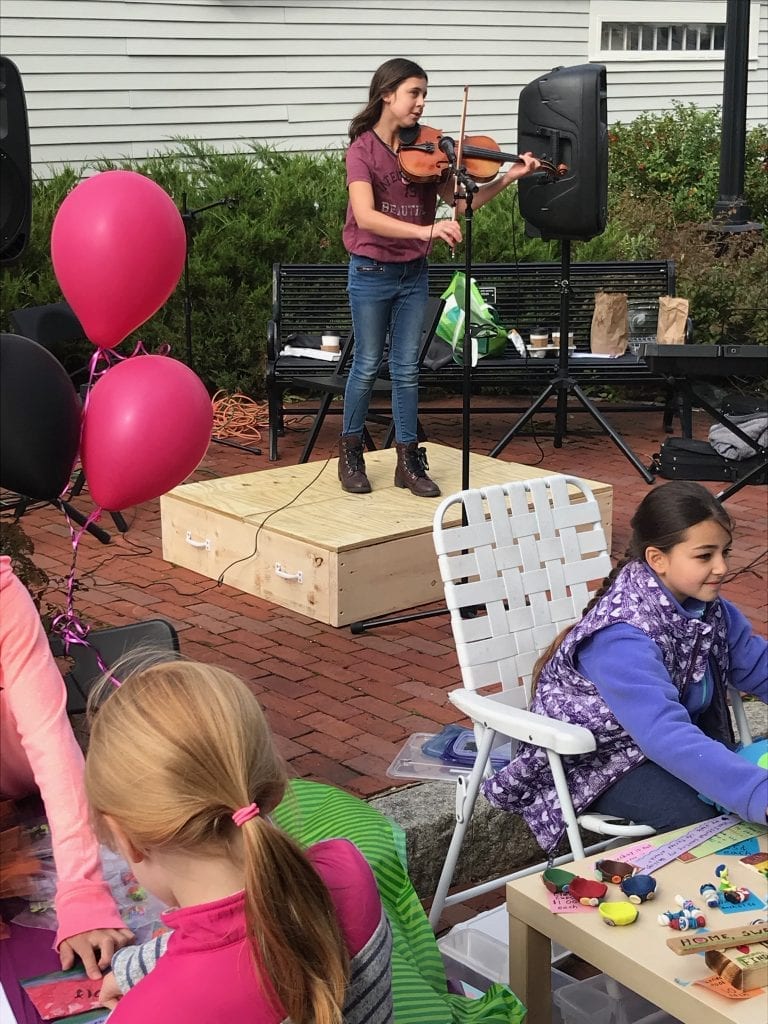 Children Participants Love It!
“I like the Market Because it’s fun to make and sell crafts. It’s also fun to see what other people have made. It’s really fun. And some kids play music and the music floats in the air and creates joyfulness!” Lilly W, age 9, HIngham

“I’m so thankful to all the people of Hingham that are so supportive of creativity by kids....I love our town!” Max B, age 11, Hingham

“It’s super fun to sell my hand made origami nun chucks, ninja stars and paper swords,” said Connor C, a 3rd grader in Hingham. “I spend months making them to get ready for the Craft Market, and I hope I sell them all!”