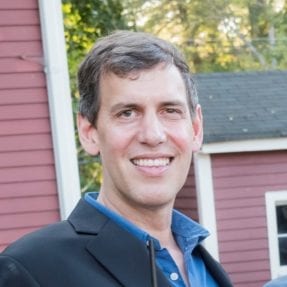 Andreas Agiorgitis passed away unexpectedly on February 7, 2021. After making a full recovery from a stroke in 2013, he died from related underlying issues. He is survived by his wife Rachel; his daughter Samantha; his mother Kate and his stepfather Mel; his sisters Tiffany and Shannon; his father Nikolaos; aunts and uncles; loving cousins; and many friends. He grew up in Chicago, IL and rural Wisconsin, graduating from Pacelli Catholic High School in Stevens Point. He went on to study psychology and anthropology at University of Chicago, and received his master’s degree in Technology, Innovation, and Education at Harvard University. He worked as a data analyst for CDDER at the Eunice Kennedy Shriver Center, UMass Medical School.

Andreas was an avid reader and tango dancer, and loved wordplay, the coziness of winter, and unique hats. He had an impish, irreverent sense of humor and delighted in lively debates and meandering conversations. His friendships were rich, long, and varied. He made pilgrimages to revisit his favorite foods, including cinnamon rolls from Nick’s in Sedona, AZ; Belts’ Soft Serve in Stevens Point; and Otto’s Pizza in Cambridge, MA.

Andreas and Rachel found immense joy in simple pleasures, from British television series to day trips to local landmarks and beaches with Samantha. Andreas was besotted with his daughter from the moment she was born, and they shared a love of nature walks and bedtime stories. He took enormous pride in her artwork and marveled at her observations. He also cherished his extended family and their exuberant reunions.

Andreas was a larger-than-life and deeply loyal presence for his friends, colleagues, fellow political thinkers, and family. They will hold close the memory of his endless enthusiasm, unflappable optimism, and caring nature.

A private celebration of his life will be held in the spring. Donations in his memory can be directed to the Trustees of Reservations to protect and preserve Massachusetts’ irreplaceable landscapes, including World’s End in Hingham.