Maggie Hall runs it in for a TD late in their game against the Cowboys.

The Patriots took on the Cowboys for the second time in two weeks on Saturday.  This time, the Patriots were eight 1st grade girls lining up against their male classmates.  This athletic, determined, and feisty group is the only all girl team in Hingham’s Flag Football league.

The team is comprised of a total of 10 girls, of which only two played flag football last year.  The mostly rookie squad is giving their opponents a run for their money.  And while there is no official scoring in the league, the coaches have some unofficial stats.

“We've won at least one game and scored multiple touchdowns in each game,” says coach Jim Kruzer. “They have all been very competitive.  At this point in the season, I believe all of the girls have either run for a touchdown or 2-point conversion.”

The team came about when some of the girls realized their friends were going to be playing this year.

“Violet (Fischer) and Julia (Kruzer) are the only veteran players that I'm aware of,” Kruzer tells the Anchor.  “Almost all of the girls have older siblings, including many older brothers who play flag. Most of the girls play town soccer immediately before flag, and come right to Lynch buzzing about playing against each other.  They get along well.  Many of them are going to play indoor soccer together this winter, so hopefully that will make them want to continue on as a team and play flag again next year.”

Coach Matt Fischer sees the progress every week with his team.

“They’ve been competitive in every game and they are skilled too,” Fischer says.  “It’s great to hear not only the other team’s fans cheering them on but also from the other fields too when they make a big play.  It’s been a fun experience for the girls.”

The girls kicked off the season with a bang as Violet took the opening hand-off of the first game the length of the field for a touchdown.

"In our years of coaching across multiple sports, it's probably the loudest cheering we've ever heard,” recalls Kruzer.  “It also might be the most fun we've had coaching.”

From the looks of it, the girls are having a lot of fun too.

Hingham flag football moved over to the NFL Flag program about 4 years ago.  With the support of the NFL, the town's program has grown.  The fancy new game jerseys don't hurt either.  Currently, there are 650 kids in the program, which puts participation right up there with any other youth sport in town.  There are 47 girls in the program.

First year Commission Stephen Berte loves to see the diversity, but says there's room for more inclusion, and opportunity, in the program for girls.

"We are an in-house, recreational flag league that prides itself on offering a fun, healthy and inclusive environment for all," Berte tells the Anchor.   "This is my first year commissioning the league and while I am thrilled that 7% of the league are girls, I would love to see that number grow in years to come! Within our 1st grade division, girls represent a whopping 14% of the grade, our highest grade participation rate. A few of the dads came to Timmy Mullaney (the grade coordinator) and I with the concept of an all-girls team and we were wholly supportive of the concept. It has proven to be a huge success and one that I hope helps promote even more girl participation in a traditionally boy dominated sport. These girls have demonstrated they can compete as well, if not better than their boy peers!"

The NFL does offer an all girls division, which is more of a travel team starting at 10u. Right now, only Quincy offers that option on the South Shore.  Hopefully, there's an opportunity for Hingham to take full advantage of the NFL girls league in the future.

"I would love to have the girl participation increase in a way that challenges us to think about providing that type of competition for our girls," says Berte. 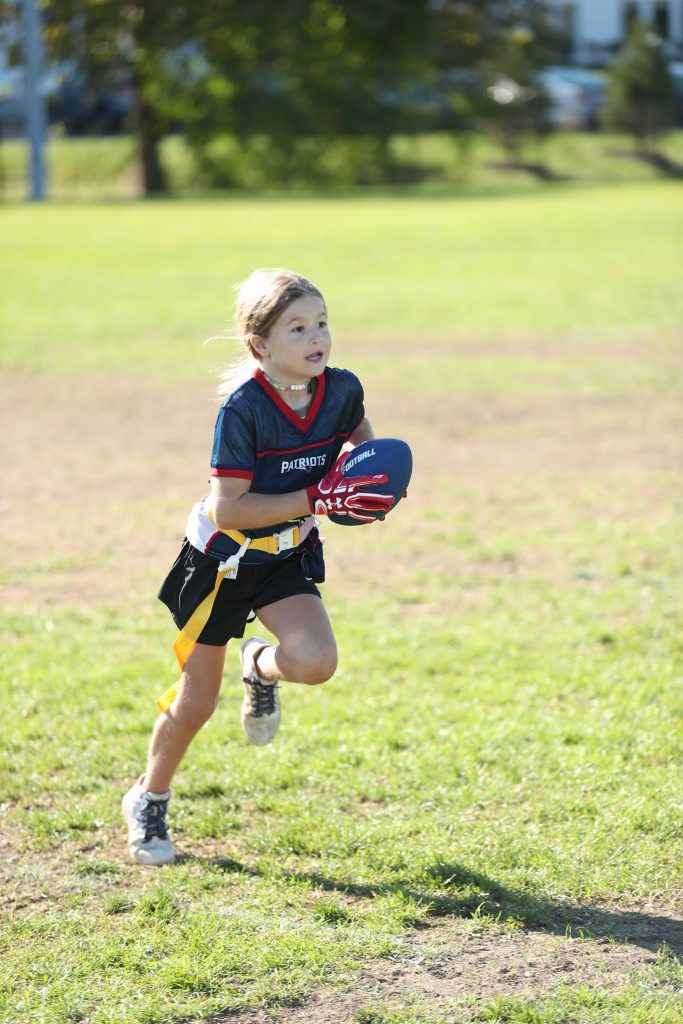 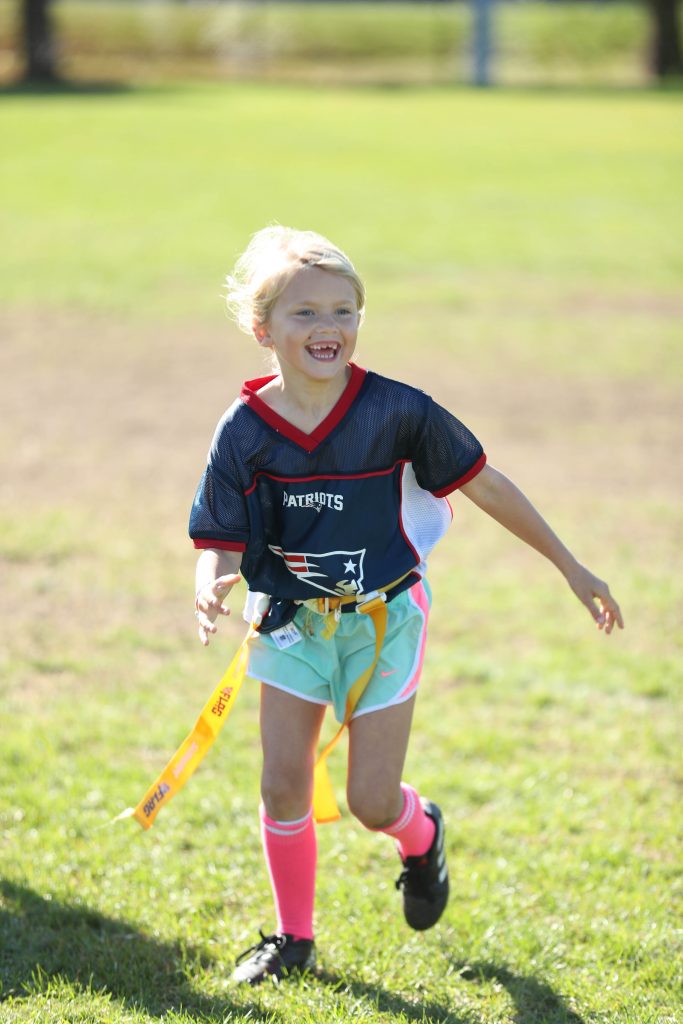 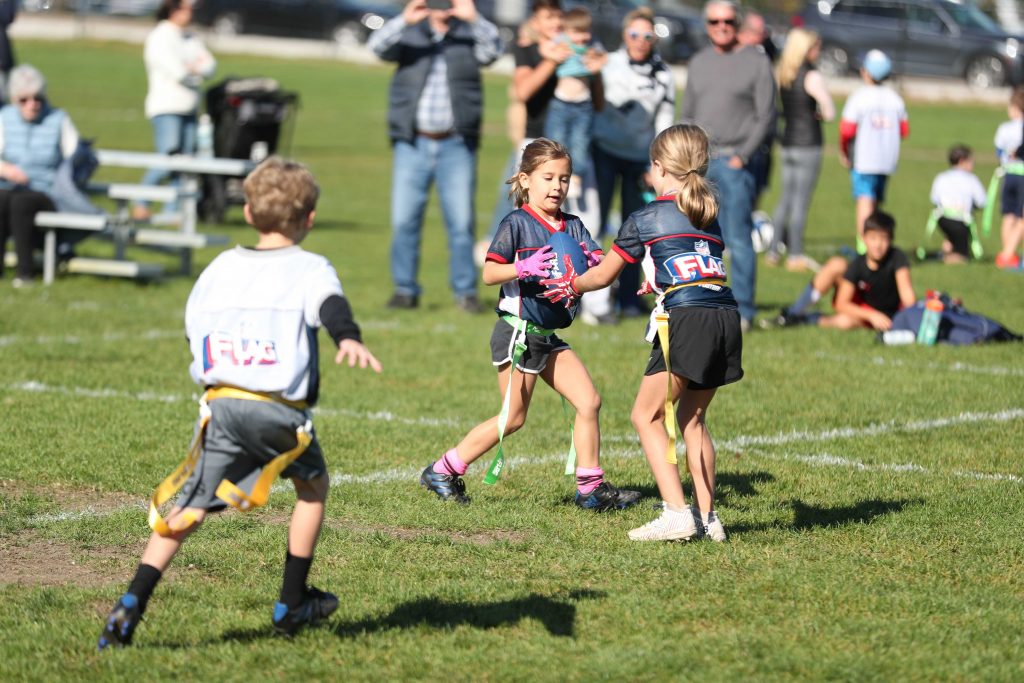 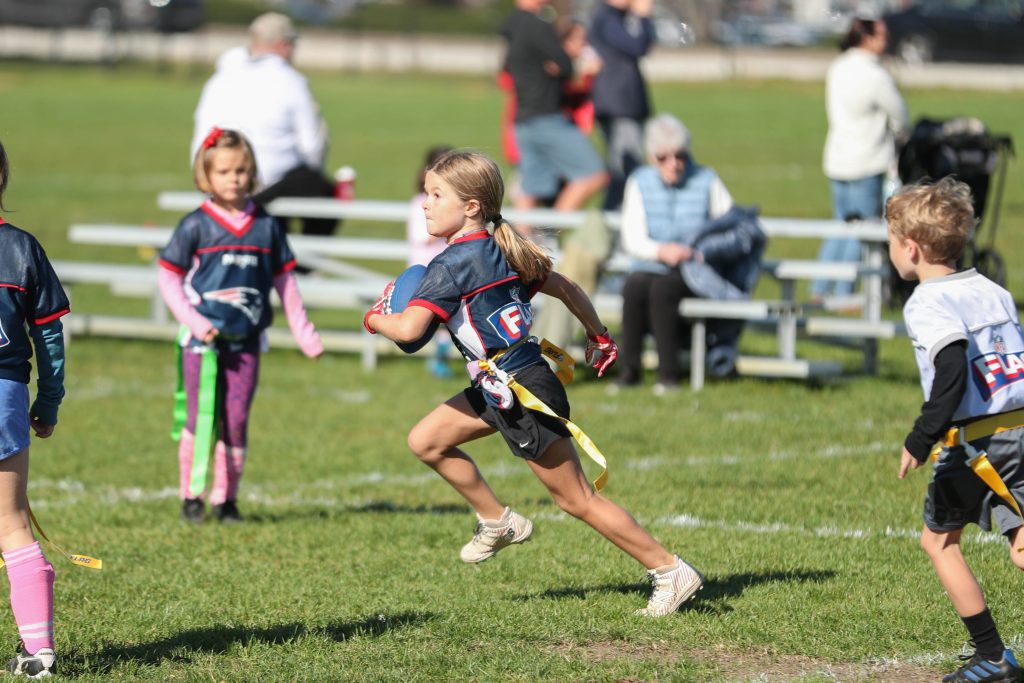 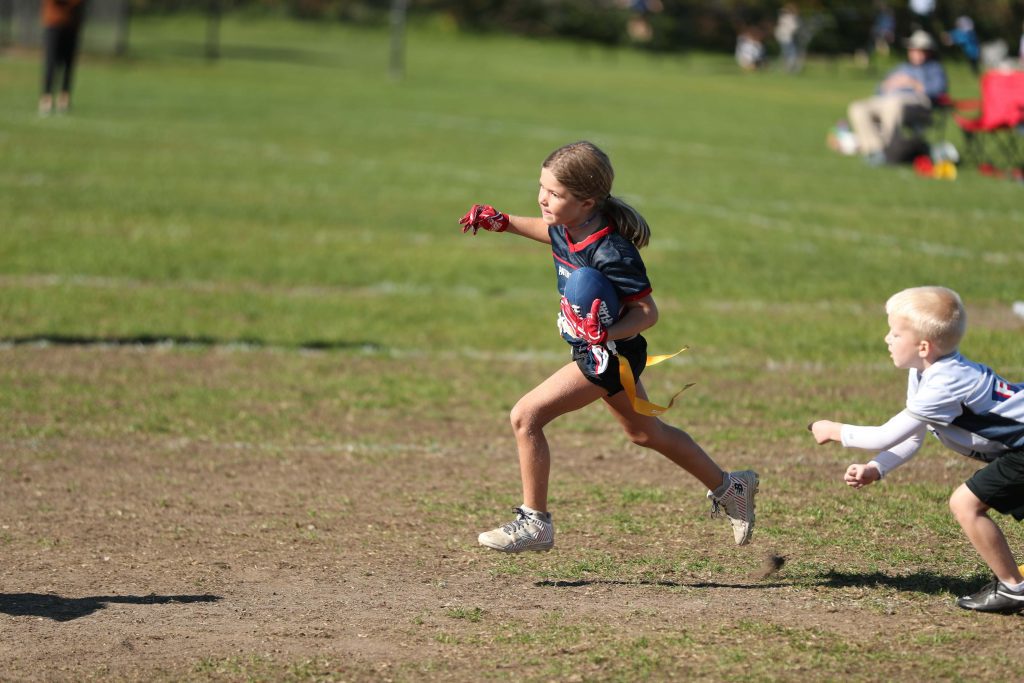 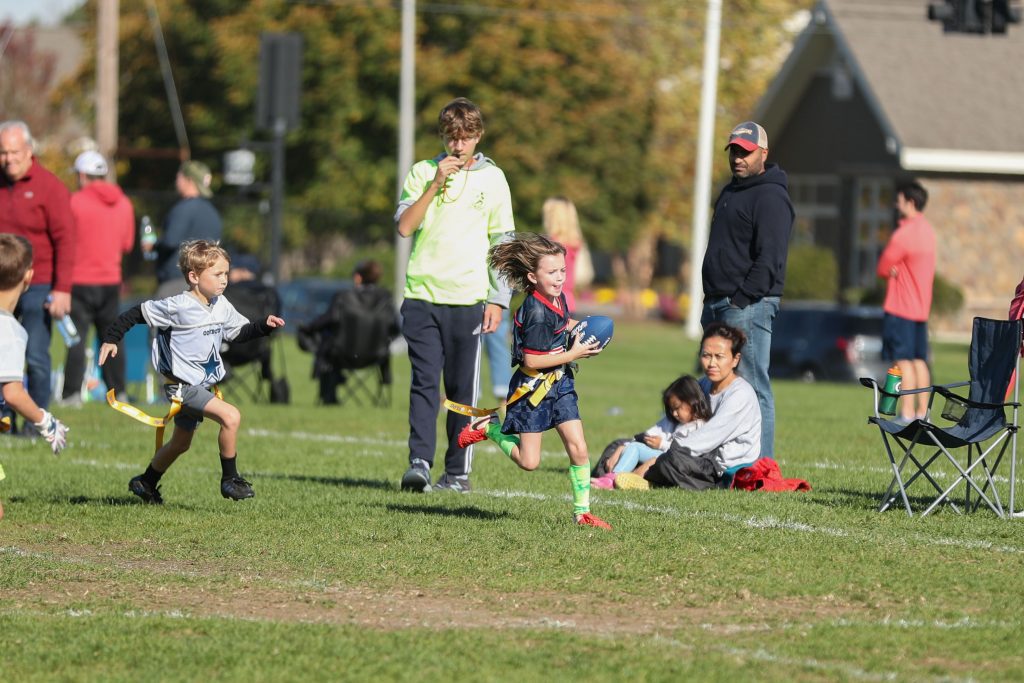 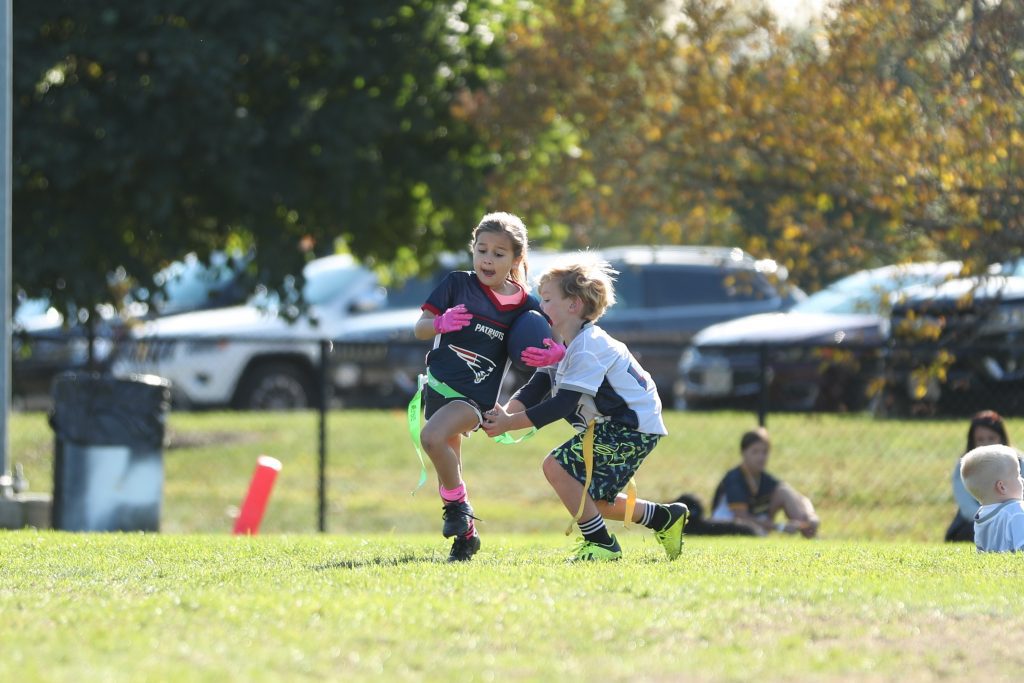 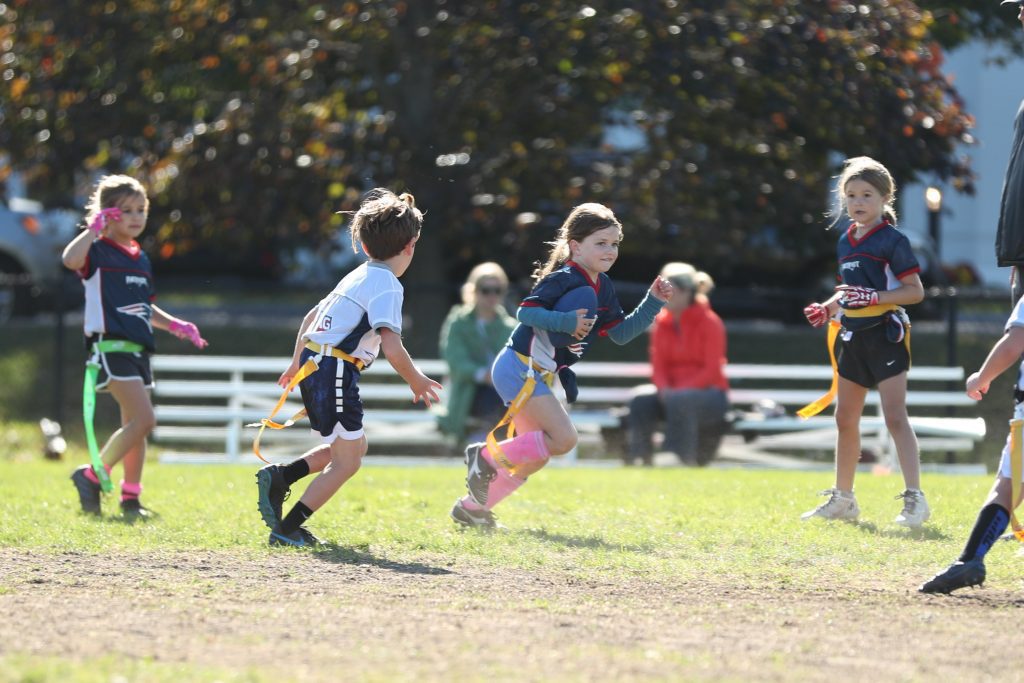 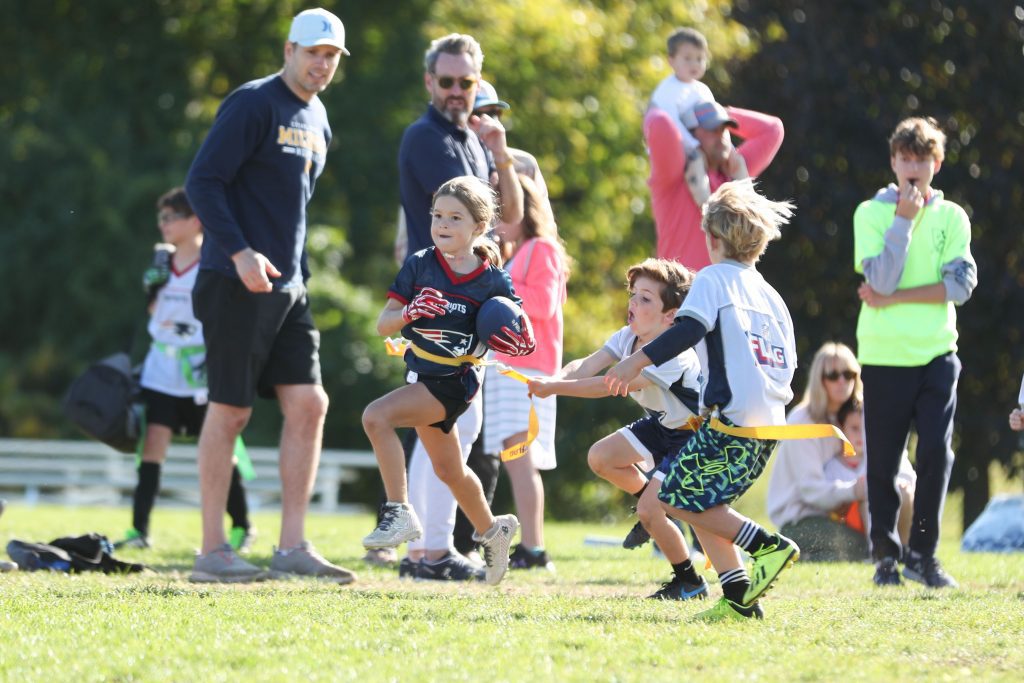 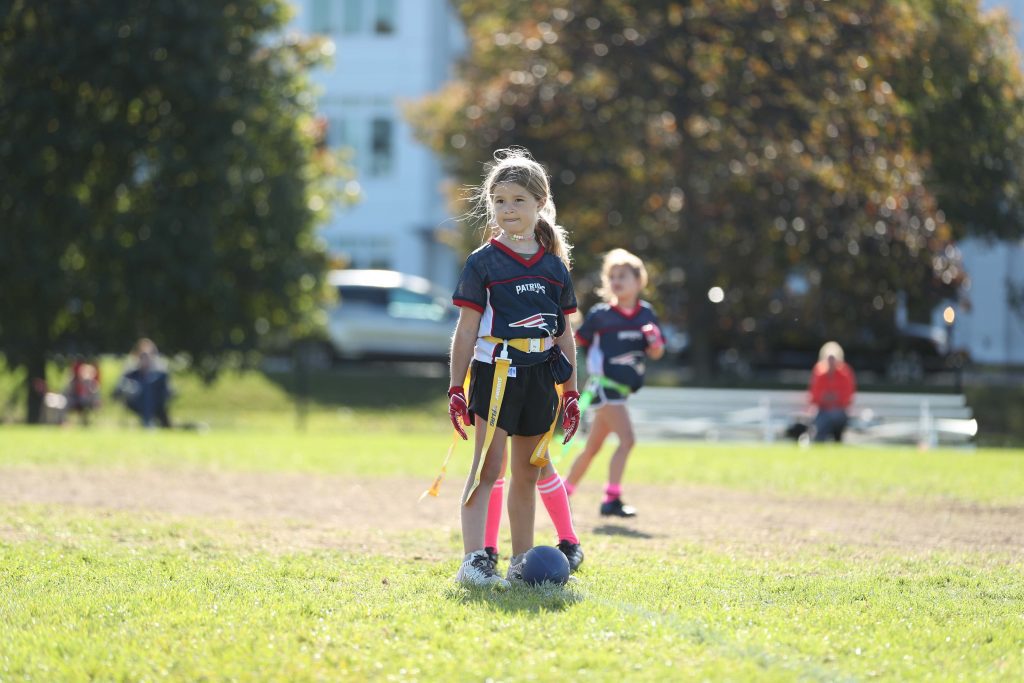 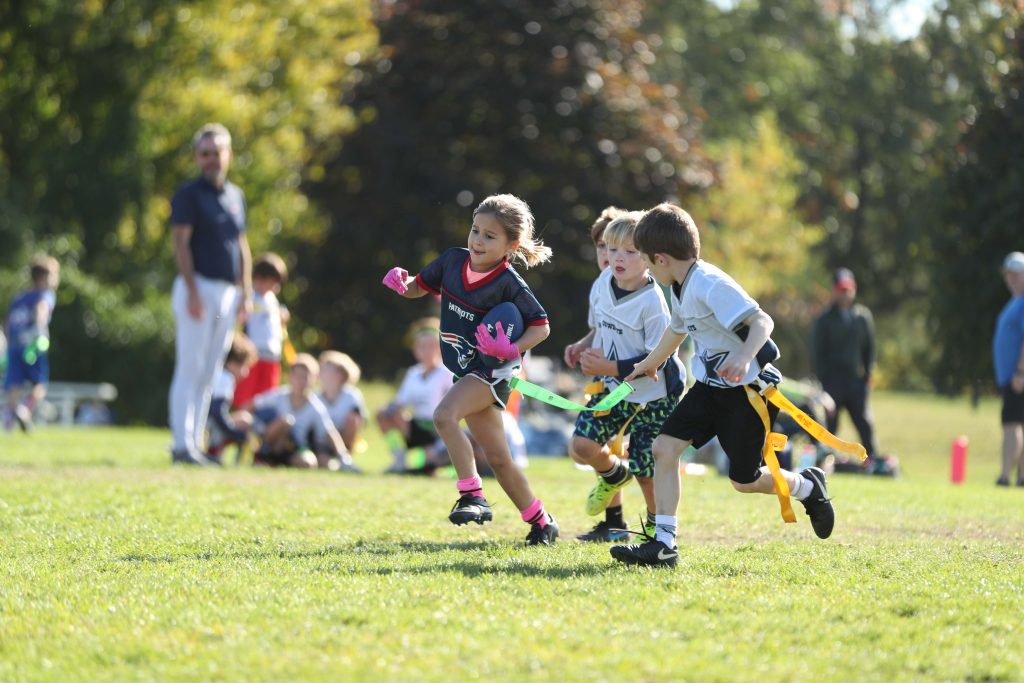 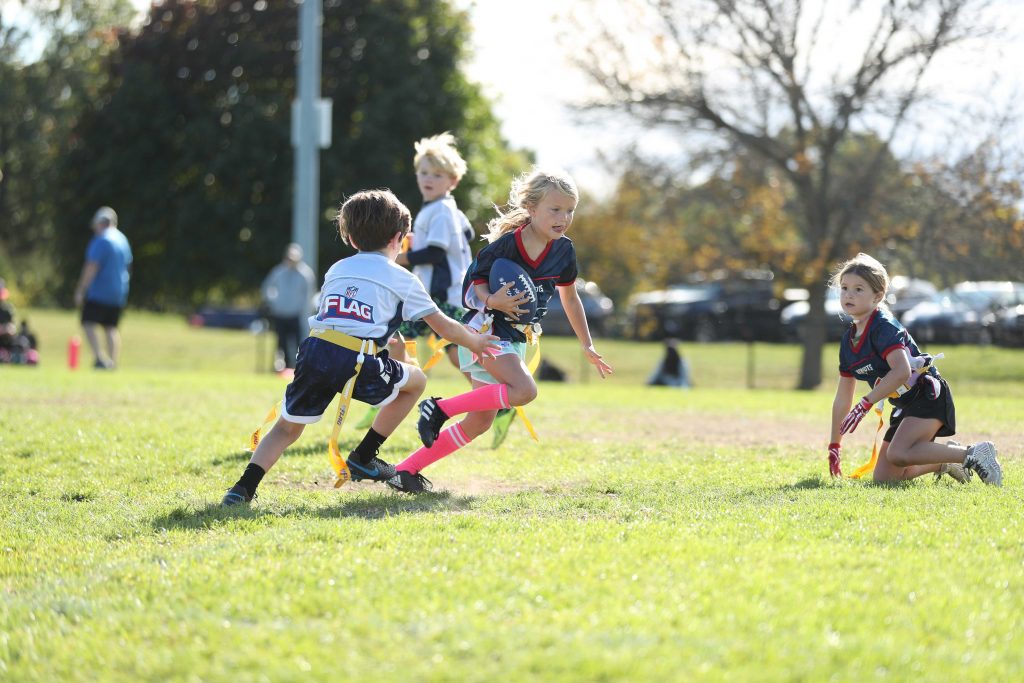