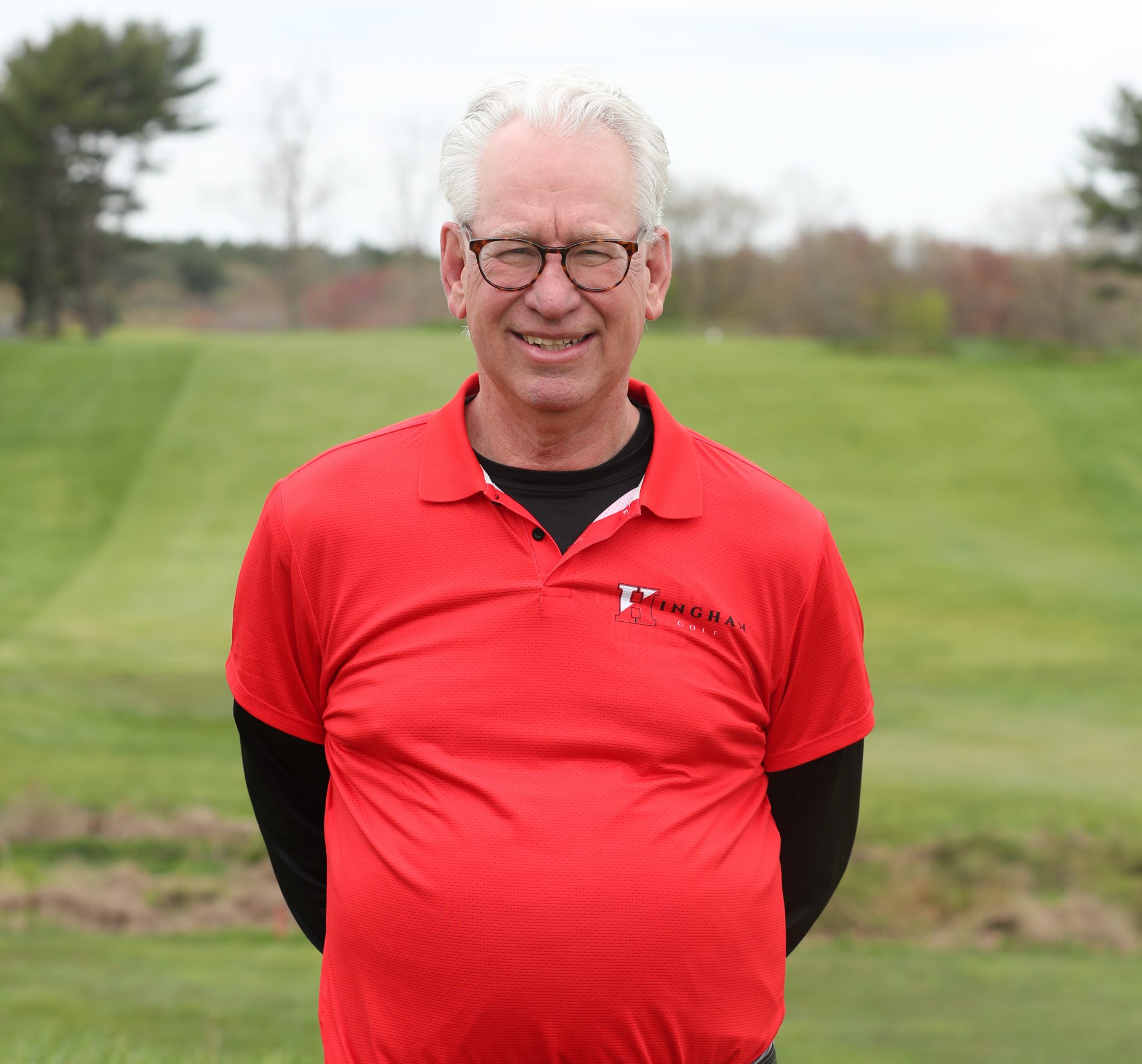 Here's the challenge of the day if you are a Hingham High School student as well as a member of the boys or girls golf team or the girls basketball junior varsity.

In your dealings with Coach Dan Clune, what over the past 25 years has been the toughest  challenge?

Was it finding a cure to the annoying slice in your golf game or a better way to position yourself for a rebound?

Perhaps it was a physics test question posed on Clune's website at Hingham High?

Welcome to Dan Clune's other world as  an electronic and physics teacher which was preceded by a stint as  electrical engineer.

For the past 25 years, Clune has occupied space in both the worlds of athletics and academics, a challenge well met if you look at the resume and accomplishments which are part of the package for Mr./Coach Clune who is finishing  up his business at Hingham High this spring.

Instead of solving equations or delve into areas in which a good portion of the population doesn't  understand the question, much less know the answer, Clune is moving into the legacy phase of a career which has left more than an imprint.

"His class was as unique as any I had in high school,'' said Andrew Spaziani, who took an electronics course taught by Clune as a junior. "He is super hands OFF. He rarely lectured. Very little or no home work. It was such a break from a routine of all my other courses.''

Spaziani, a University of Virginia graduate with a degree in civil engineering, said the class work done with Clune was in the form of projects.

"We were in groups and built things,'' said Spaziani, who also saw a more limited version of Coach Clune when he was a varsity golfer at Hingham, while Clune was then coaching only the junior varsity. "I didn't  deal with him that much, but I never saw him in bad spirits and we just talked about everything.''

The contrast between the high speed seemingly black and white world of being an engineer to the more emotional and unpredictable world of coaching girls high school basketball and golf as well as teaching electronics and physics would appear to be two diverse areas with little in common.

Yet for 25 years Clune has made it work, melding both of his worlds into a life that works for him and his family.

Now, however, he is transitioning again.

"It's time to move on,'' said Clune, who grew up in upstate New York with an affinity for coaching and teaching, but quickly realized it was not a quick route to financial security. "I'm getting out of coaching this season and spend next year teaching and we'll see what happens after that.''

"I started out coaching and teaching,'' said Clune with a laugh. ""But I quickly realized, I have to make more money than this. I was making $10,000 a year.''

His "new life'' included getting a masters in electrical engineering and "I was making three times as much.''

He bounced around from upstate New York to Austin, Texas to Pennsylvania, but was getting worn down by the pace.

When Clune's wife Martha found a job in Newton, Clune was ready to down size his career path, or at least return it to its orginial form.

And there was ever present allure of coaching,which also included teaching, a combination he found in Hingham.

"It really was the only school around  here that had programs in electricity and electronics,'' said Clune.

What was missing was the competitive, win-at-all costs attitude.

Name a sport-basketball, golf, soccer, golf, Clune was on the volunteer list to help if there was a shortage. But he was not motivated by W's and L's.

After starting as the junior varsity coach for three years, he was elevated to head coach.

It was an uncomfortable fit.

"Didn't care for it that much,'' he said. "The pressure of getting players in the game of winning. I didn't do a lot of sleeping at night.''

He went back to the junior varsity level in basketball and golf, primarily because "I liked to play.''

Golf was the perfect fit.  "What better coach is there than the golf coach at Hingham,'' he said. " I never had a bad player.''

Clune says what he does in the classroom mirrors his coaching philosophy.

"They are both teaching,'' said Clune. "I love practice more than game because I'm setting things up. The junior varsity level is ideal because you don't always worry about winning. If we won it was good, but at that level it's more about learning the game.''

What comes next remains an open question |'ll have more time,'' he said  "We moved into a house (in Quincy) that needs work. So I'll have my Honey Do list, which will keep me busy.''

And he will still have his summers off. "My kids called the summer Camp Dad,'' said Clune, talking about a son and a daughter who are now in their 30s, fashioning their own careers.

As far his free time, Clune smiles "I could do some officiating, they are always looking for people. I will find something.''