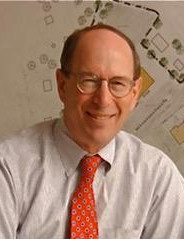 Born in Cambridge,MA, Vcevy was the son of Vcevold W. and Anna Otis Strekalovsky. A graduate of Milton Academy and Middlebury College, he held a Master of Architecture from the University of Pennsylvania and Master of Civic Design from the University of Edinburgh, Scotland. Practicing from 1965 until the present, he established his own firm, now Strekalovsky Architecture, AIA, in 1978. His projects have included educational, civic, religious, mixed use, and single and multifamily residential, which have won several design awards.

A musician all his life, he played jazz and classical guitar, and always ready to learn more, continued to take lessons at the South Shore Conservatory. In recent years, painting trips wiith friends took him to Montana, California, Maine and Texas. An avid skier into his eighties, he loved tennis and for years, played polo in Vermont and finally, to his delight, in Argentina.