If all goes as planned, a Special Town Meeting will be held Tuesday, Nov. 1, for voters to consider approval of funding for construction of a new public safety facility on Lincoln Street and for a new Foster School, which would be tucked into the hill at the current site. Both buildings will be energy-efficient.

Town Meeting 2021 and 2022 each approved $1.6 million for preparation of schematic and design documents for the public safety facility and preparation of pre-construction bid documents, respectively.

The projected Foster School project cost is estimated at about $113.3 million, with an estimated state reimbursement under the Massachusetts School Building Authority partial reimbursement program of between 36.87 to 40.52 percent, depending on whether the project earns sustainability/green school credits and other considerations. 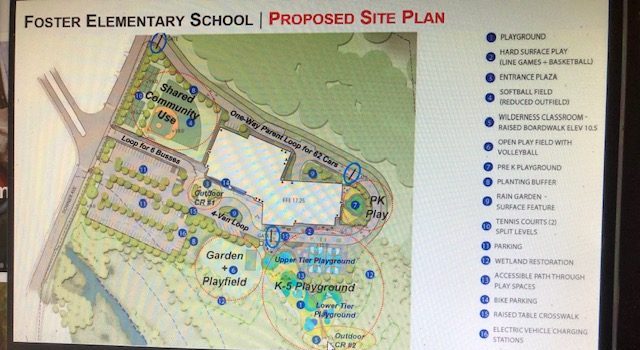 The construction cost for the public safety facility was last estimated at $38 million, a figure that will be adjusted for inflation and other factors.

The facade will reflect the industrial/nautical history of the nearby former Hingham Shipyard.

The construction documents are expected to be 60 percent complete by Aug. 18. Subject to STM approval, the construction contract could be awarded in January 2023, with a roughly 18-month construction period.

Public Safety Facility Building Committee member Paul Healey acknowledged the hard work of all the members of the committee. "We've had quite a number of meetings, attended by both the fire and police chiefs as well as their deputy chiefs," he said. "There has been robust participation." 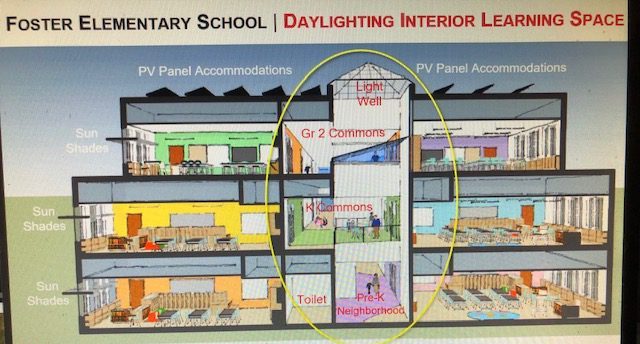 Net Zero has had a "steady presence" throughout the process, he explained, "and we have benefitted from their suggestions and insights for what we believe will be an enduring project that this town really needs."

The School Building Committee submitted the schematic design package for Foster School to the MSBA on June 27, which Vice Chair Ray Estes said is the "key submission that triggers a full review and sets the [final] price for the project and the eventual MSBA partial grant that the town will receive. We anticipate MSBA approval of this submission by Aug. 31." 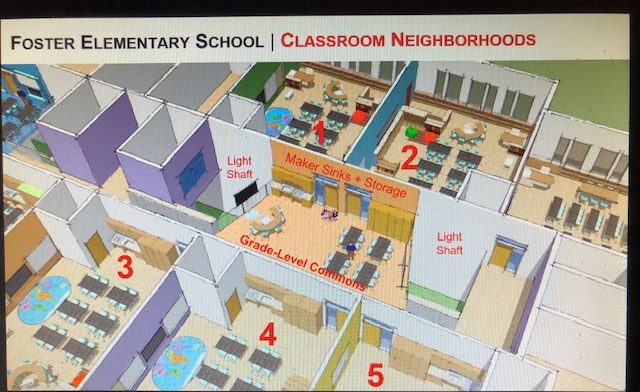 "This will be a very busy this summer [for the School Building Committee]," Estes said. "We're excited to add another new school in Hingham to serve its students."

The goal is for the new Foster School to open in Sept. 2024. "This is an aggressive schedule, but we're committed to staying as close to this goal as possible," Estes said. "The kids and staff have been dealing with Foster's issues for many years, and they have waited long enough."