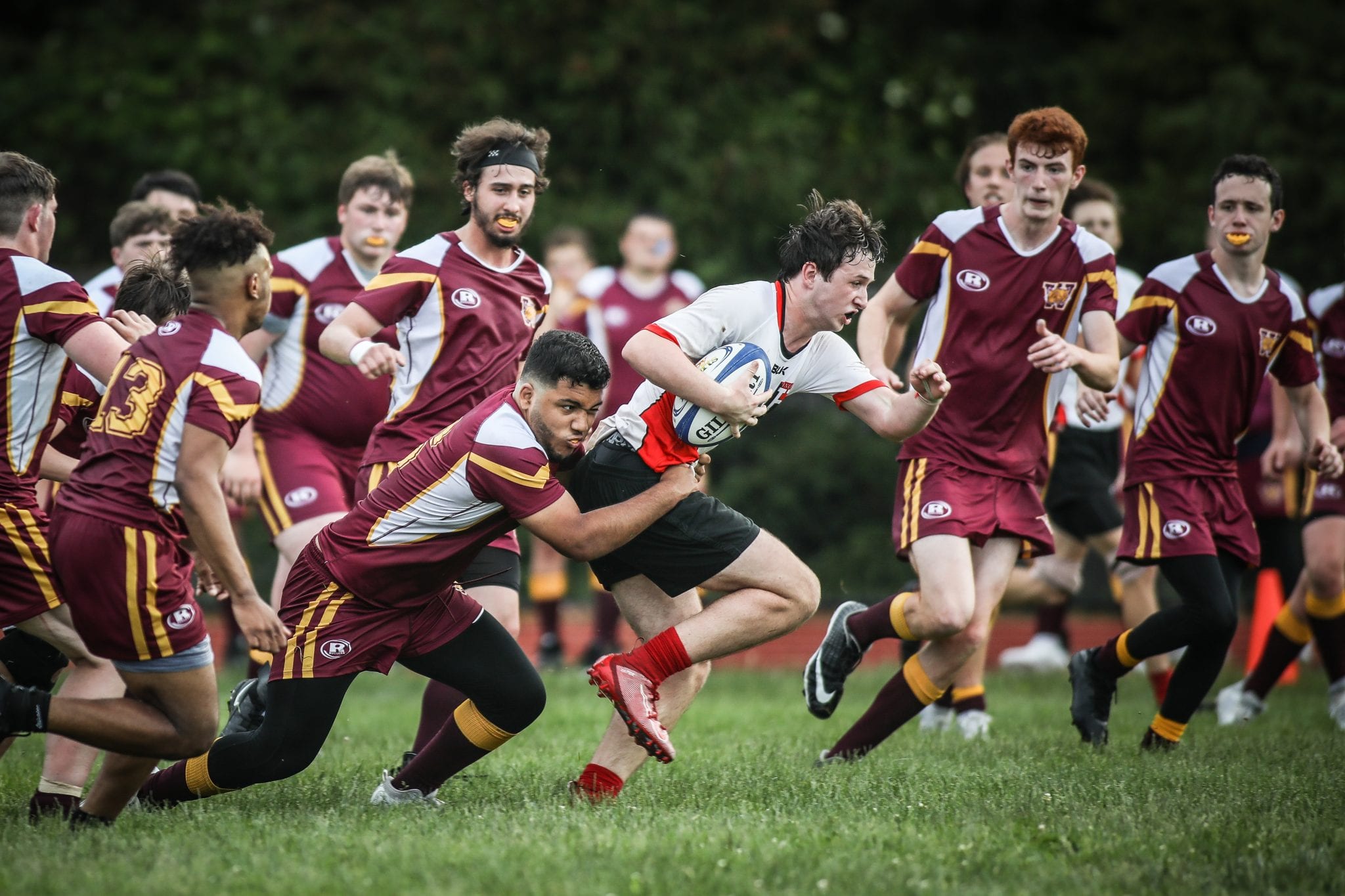 Sophomore Jayce Mellish has emerged as one of the top players in just his first season.

I have now watched four halves of rugby in my life and here’s the list of rules I know - 1. If you score you get the ball back, 2. No tackling around the neck, and 3. You must pass the ball backwards.  That’s it.  The only terminology I know is scrum.  So this article will not be a play-by-play recap of Hingham’s match against Weymouth this past Friday, which, by the way, ended in a tie.  I couldn’t tell you the score because the scoreboard was broken and there are what appears to be approximately ten different scoring options throughout the game.

What I can tell you is this might be the best sport I’ve seen in person, ever.  I’ve covered hundreds of games/matches/meets over the years, and other than championship games, nothing comes close.  The best part is that you don’t have to know what’s going on to enjoy it.

As the game ended Friday, the ref, which there is only one for 30 players on the field (rules 4 and 5) walked by me and said “I’m glad that’s over.  They beat the shit out of each other today.”

To which I responded “I have no clue what happened out there.”

“I hope the parents don’t either, I get yelled at less,” he quickly replied.

That pretty much sums up rugby.  An absolute battle that no one, other than the players and coaches, knows what’s going on.  But everyone loves it.

The Hingham Rugby team has been a varsity sport for three calendar years, but have only been playing for a season and half due to last year’s cancelled season.  In that short period of time, they’ve managed to make huge strides in their competitiveness and level of play.

“We outscored our whole first season in our first game this year,” says senior captain Benton Perry.  “At our first practice this year, we had 10 guys max show up, and mostly freshman and sophomores.  These guys have worked their butts off the whole season.  These kids after only three weeks of practice, never have touched a rugby ball in their lives, showed up against Marshfield (first game of the season) and tied them.  We lost to Hanover (last week) but gave them a hell of fight and definitely a big improvement over last season before Covid.”

After graduating most of their team two years ago and loosing the whole season last year, senior captain Liam Collins wasn’t quite sure about the future of the sport heading into this year as most of the kids on the team were in 7th and 8th grade the last time the team had a match.

“This year we have five seniors and two juniors, that’s it,” Collin describes.  “I really like these group of guys.  They’re committing to the sport and the sport that’s just going to grow over the next two years.”

“I think the future of the is club is going to be a really top sport at the high school,” Perry adds. “As of two years ago, we had no one in the stands and now the stands are packed.  If we can get more guys to join, it can be a real Hingham spirited team.

This is a physical, dirty (filthy dirty, not cheap dirty), and sometimes bloody game.  This isn’t so much a rule as an observation.  The athletic trainers earn their paychecks on game days for sure.  This shouldn’t be a deterrent from playing however.  There are much worse injuries from play soccer, hockey, and lacrosse.  Just ask any ER doctor.  There is definitely a toughness, both physically and mentally, that is either inherent or learned in these players.  This quality starts at the top.

The head coach for Harbormen is Peter Condrick.  Coach Condrick has taught history at Derby Academy for 20 years and started a rugby program at the Hingham private school years back.  Having served in the military, Coach Condrick instills some of those same values onto his players.

“We use the analogy of being in the airborne to teach the guys you are always surrounded,” Condrick explains. “You have to rely on the guys beside you.

“If you’ve ever seen the movie Band of Brothers, when they’re in the forrest getting shelled to death, it was Currahee - the hill they ran up and down when they were training that bonded them and that ability to suffer together and share the load.  And that’s what rugby is all about, sharing the load and suffering together and when it’s over the reward of we did that together, we climbed that mountain.  Currahee is our battle cry.”

This very young and inexperienced team has shown the determination, hard work and grit their coach was trying to teach them and that hasn’t gone unnoticed.

“Truth be told, this is the first season for most of the team,” explains Condrick.  “So it may be the third season for the club in existence, but it’s really the first season, and in many cases the first month they ever played a rugby game.  In terms of a learn curve, I’m really, really impressed that the guys dedicated themselves not only to the knowledge of the game but to the philosophies that we’ve given to them.  The idea of being that warrior style, which is so inherent to playing rugby.”

And in keeping with the military theme, there is another aspect of rugby that I’ve never seen in any other sport.  At the end or near the end of the season, both the players and coaches who are rookies, are presented patches, ties, and pins to signify their accomplishments in their first season of playing or coaching and “welcoming the rookies on the team as vets.”

“The ceremony of passing out the patches, the ties - those kinds of things become symbolic of the experience,” Condrick goes on to say. “Those ties, those patches, and those wings now have meaning.  It’s not just an award, you’ve earned it. In life it’s about earning.  I’m not going to give you any medals.  You’re going to get the black-and-blues, the broken bones, and the blood.  Those are the medals.  That ceremony was all about saying now you own this program.  This is now yours.”

It’s obvious that the players, both rookies and veterans, take pride in their program, even if it is just in its infancy.  After the game, almost every player came up to me, shook my hand and thanked me for coming to cover their match.  I know all the kids appreciate the coverage, very few express it.  It was very telling of the character and leadership of the program.

Building for the Future

I’m not sure this article is the best ringing endorsement of the sport, with its war analogies and unflattering photos, but that’s on the writer/photographer, not the sport itself.  To read about it is one thing, to see it up close in person is another.  The Harbormen have one more game left this season - this Wednesday at Milton High School at 6:30pm.  If your child is going to be a freshman or sophomore next year and looking for something different for sports next spring, go check out the game.  It’s a young team with lots of opportunities to grow and succeed.

“I think we are doing pretty well,” Coach Condrick says reflecting on the season. “It was certainly a pretty good season.  Our first season we were 0-6, so we are now 0-1-2.  That’s still better, but to do it in such a short period of time really speaks volumes what the guys have done.”

He also has a message for those thinking about giving rugby a shot.

“Now’s your time.  Come and do it.  The fear of doing something you’ve never done before is what life is all about.  Come out and play the game that is absolutely off the hook. It’s where sports should be.  It’s all in, it’s everybody in.  It will completely twist and turn you and open your mind as how life is supposed to be lived.  At least try it.  And meet up with a bunch of guys that won’t let you go alone.  No one goes alone on a rugby team.  We never go alone.”

The team is doing some fundraising now for next year.  Being a new, small program of less than 20 players, there’s not a lot of funds built up for uniforms and equipment that the other sports have.  If you would like to donate, please visit their page here. 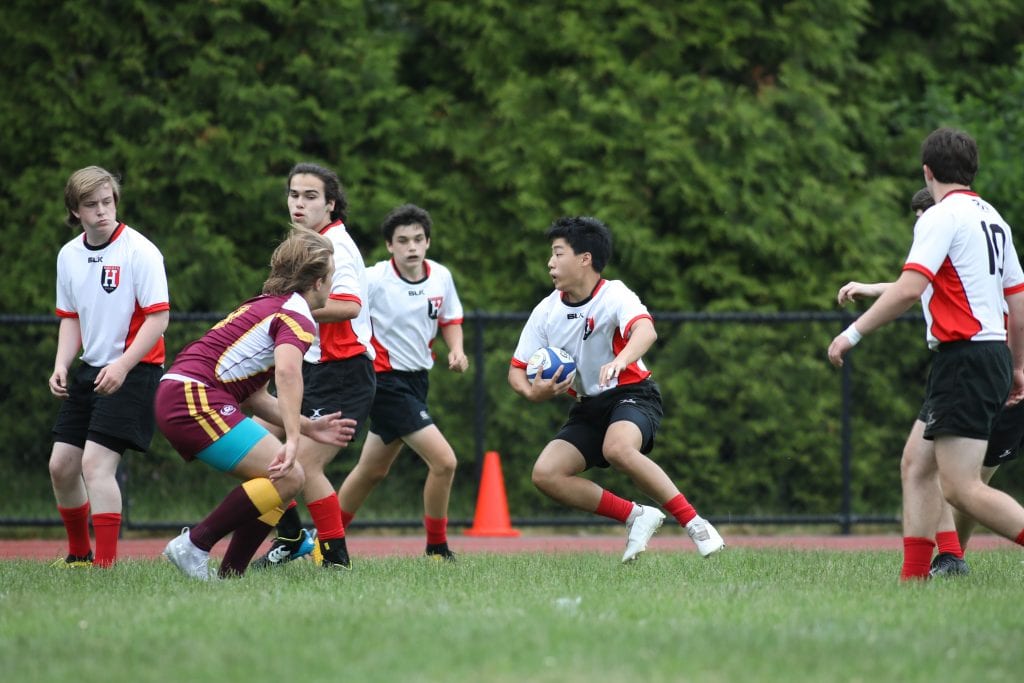 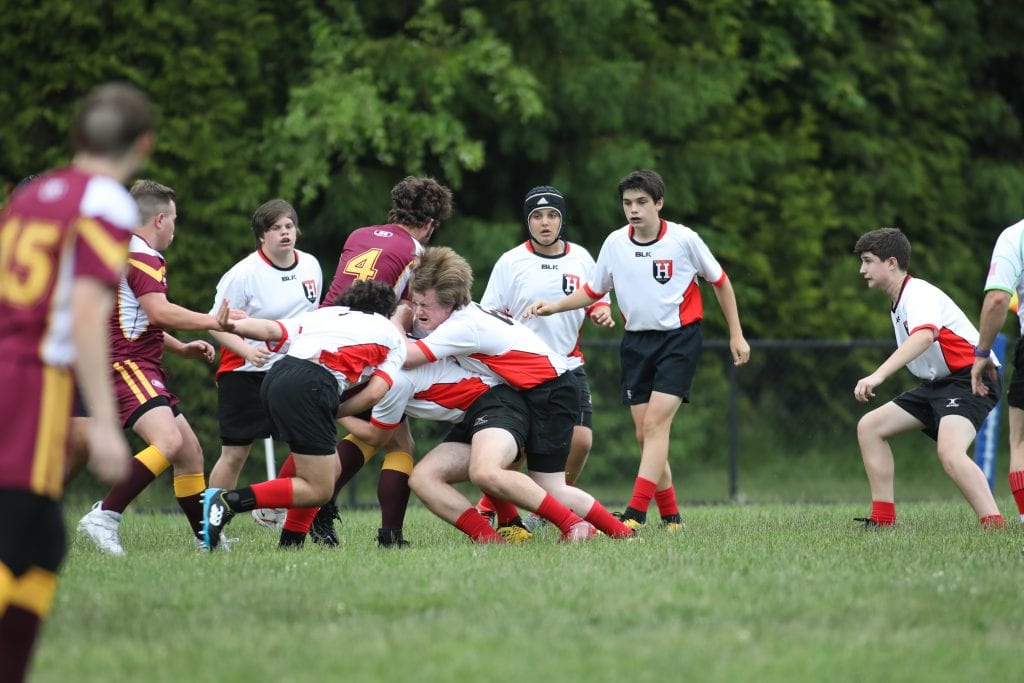 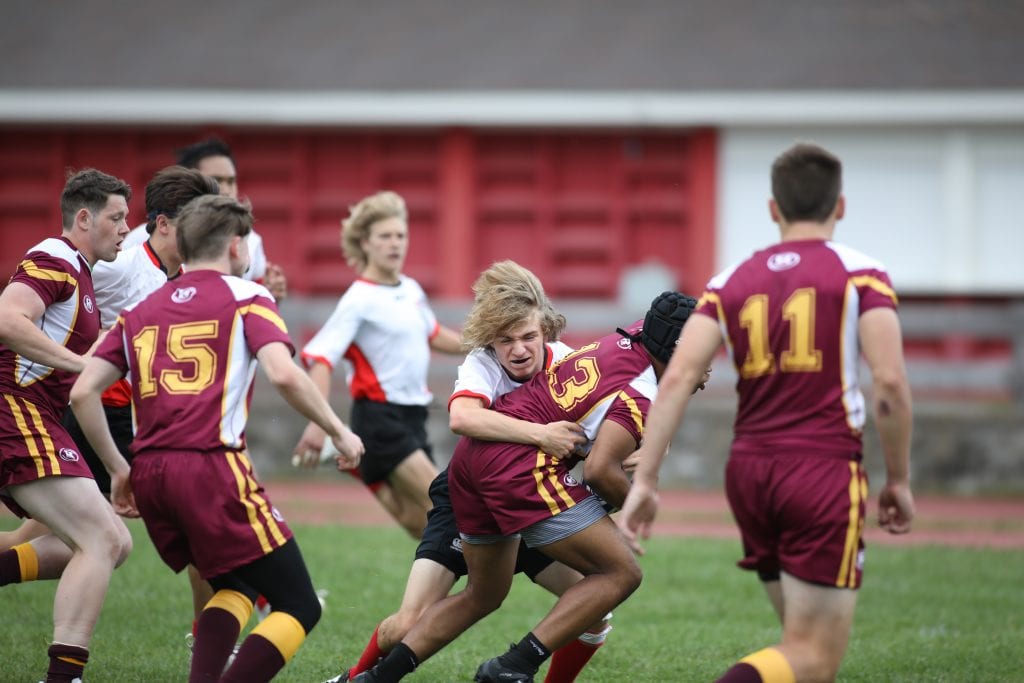 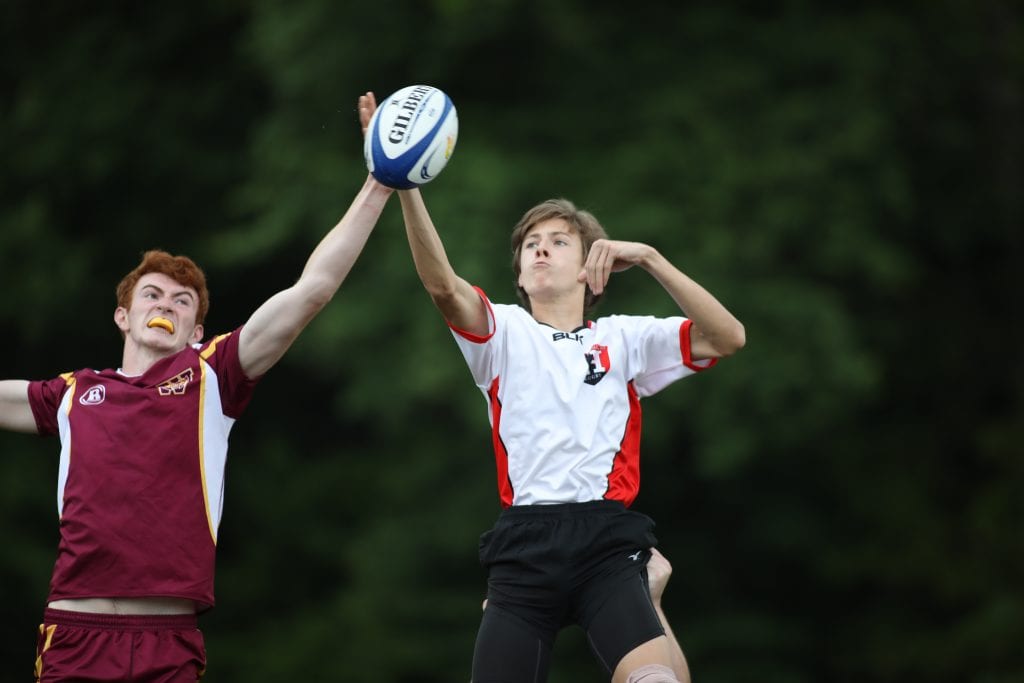 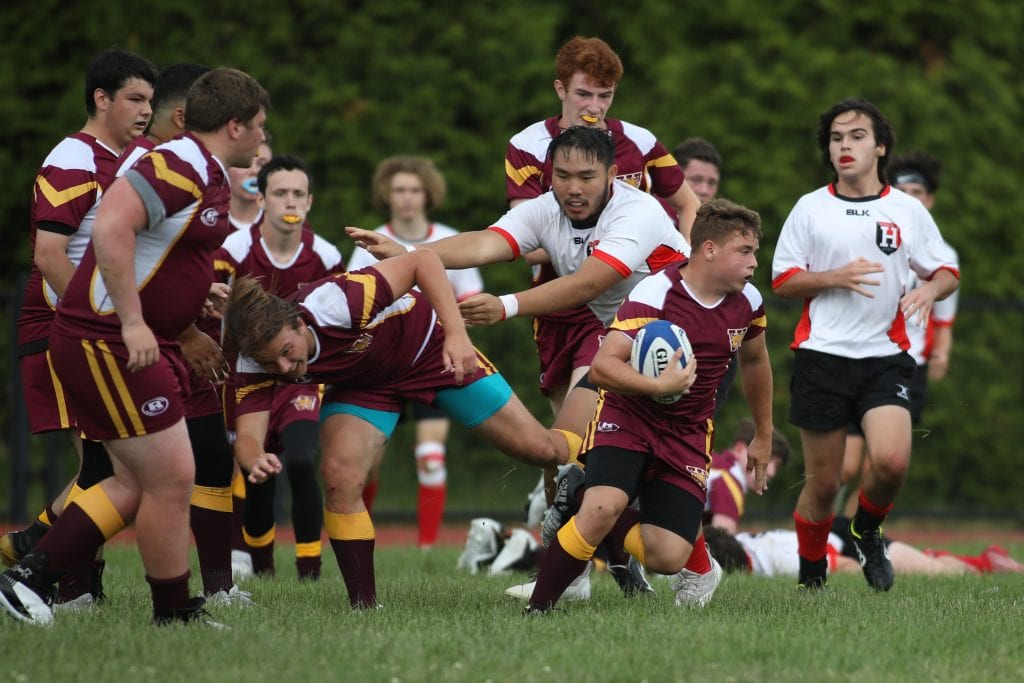 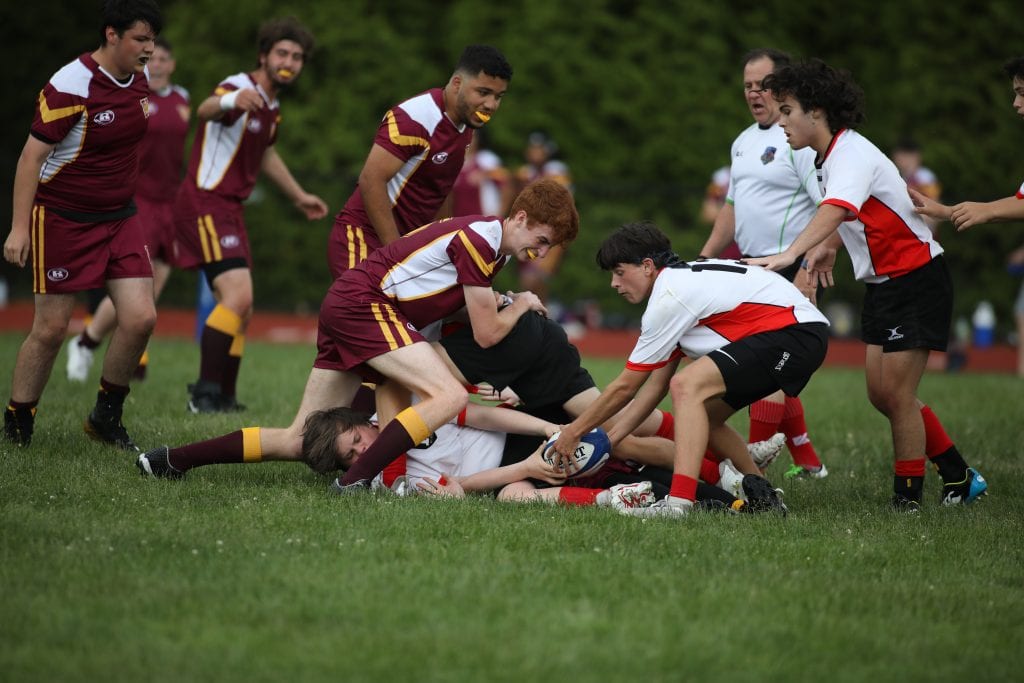 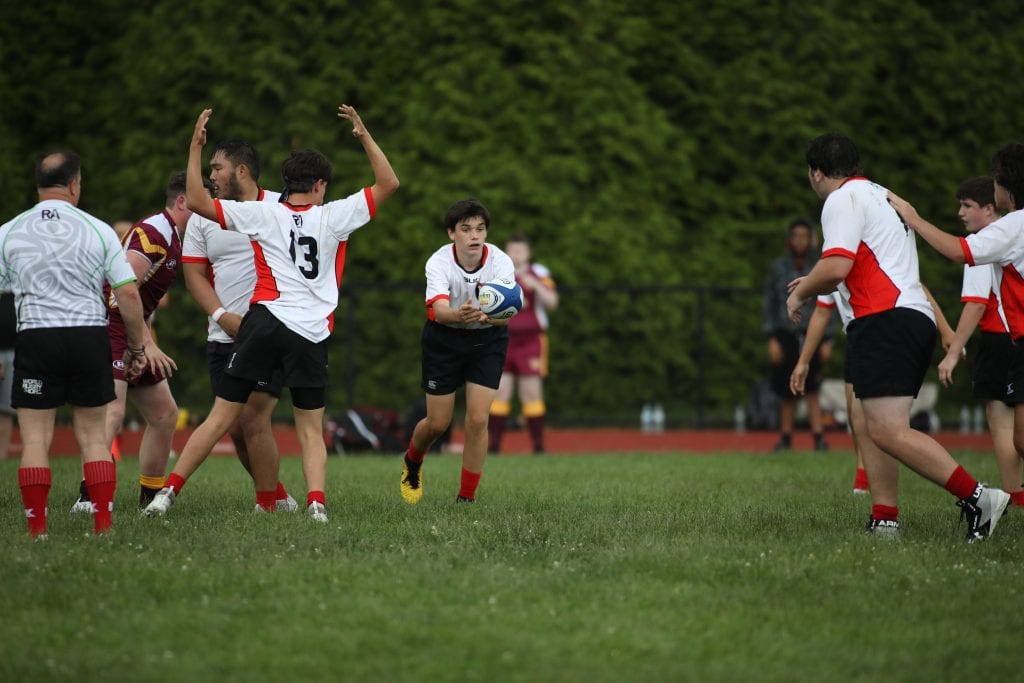 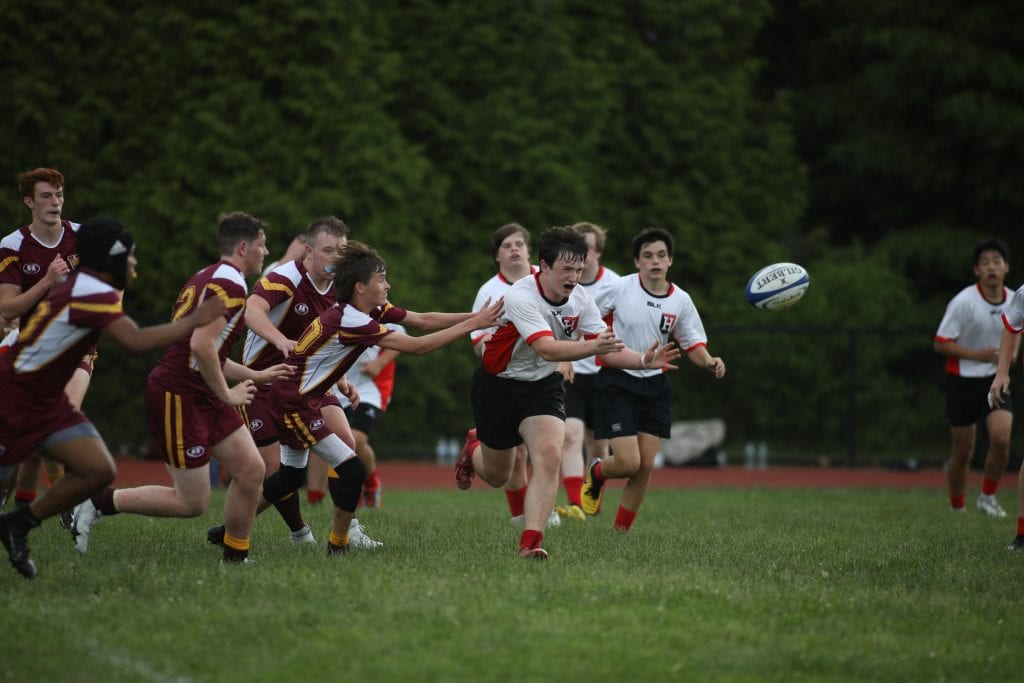 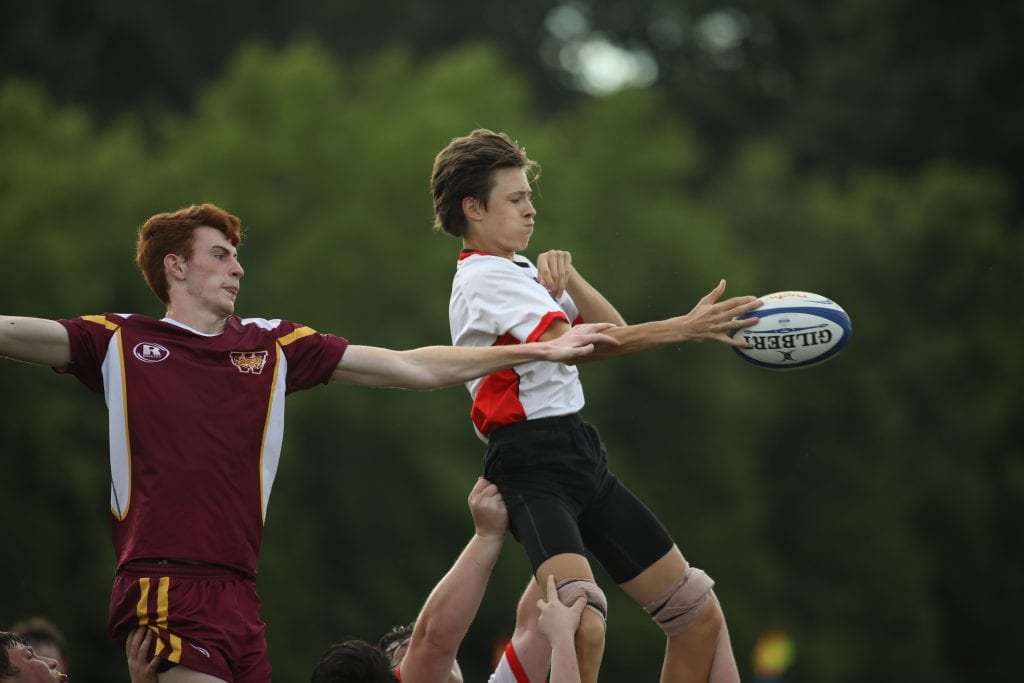 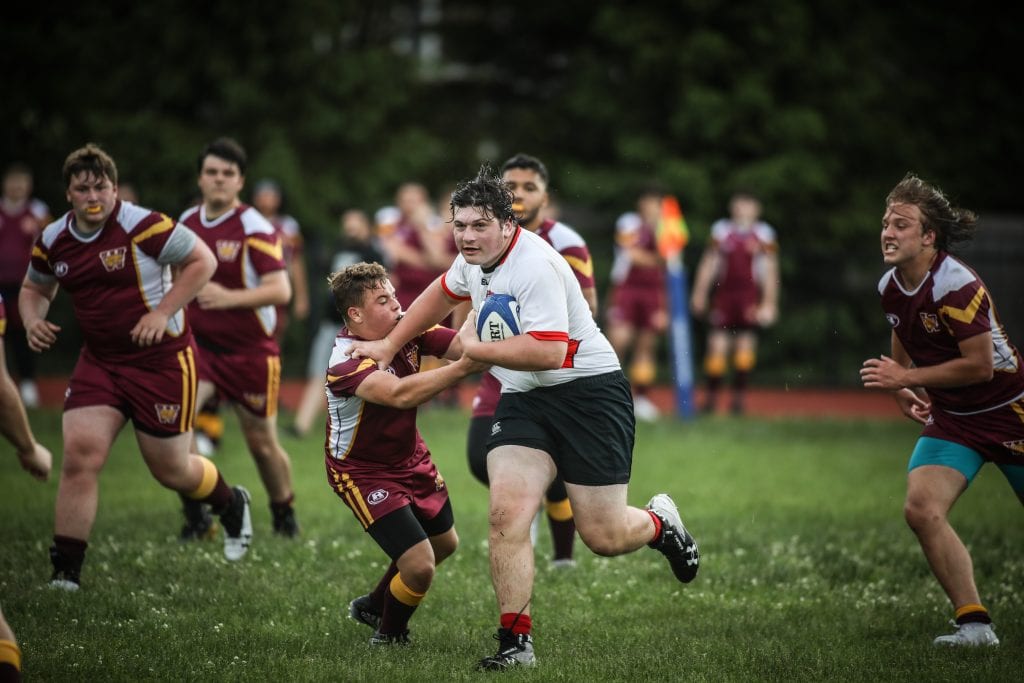 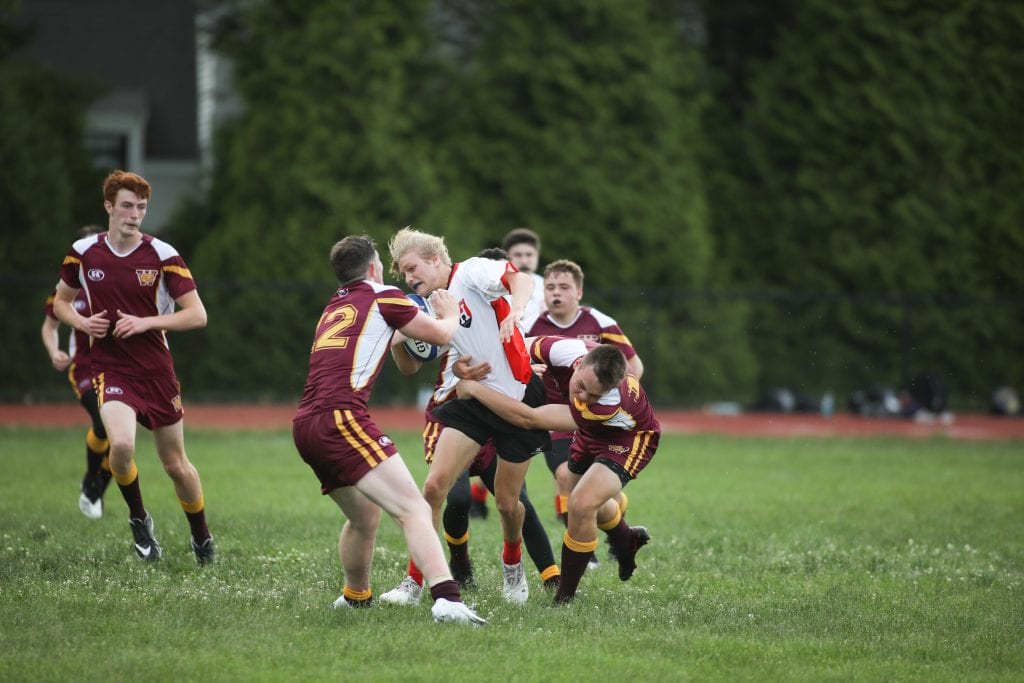 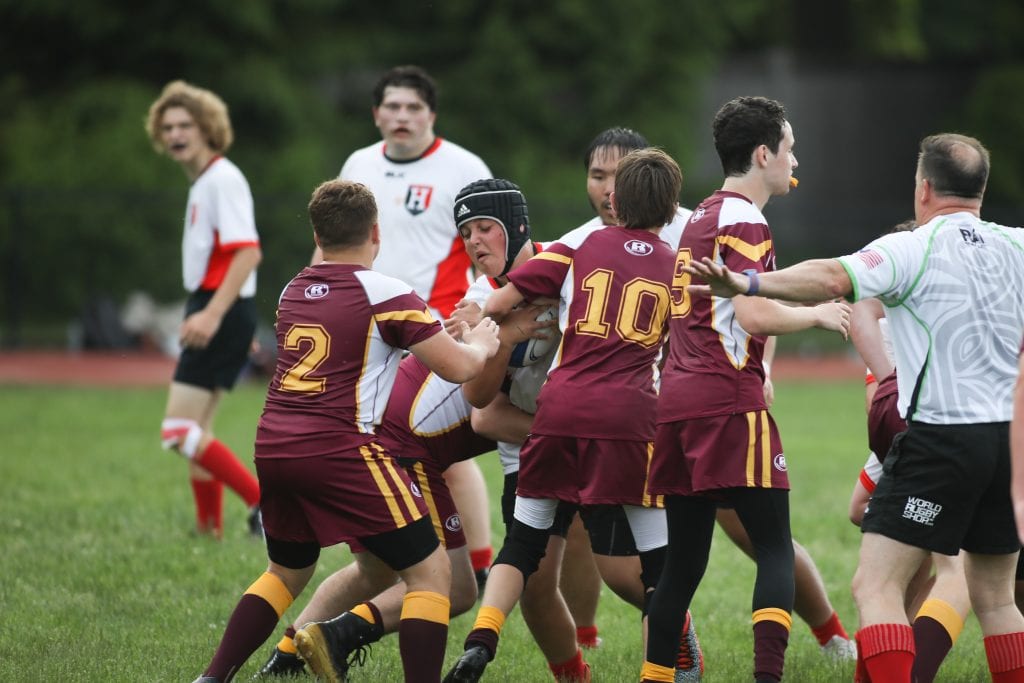 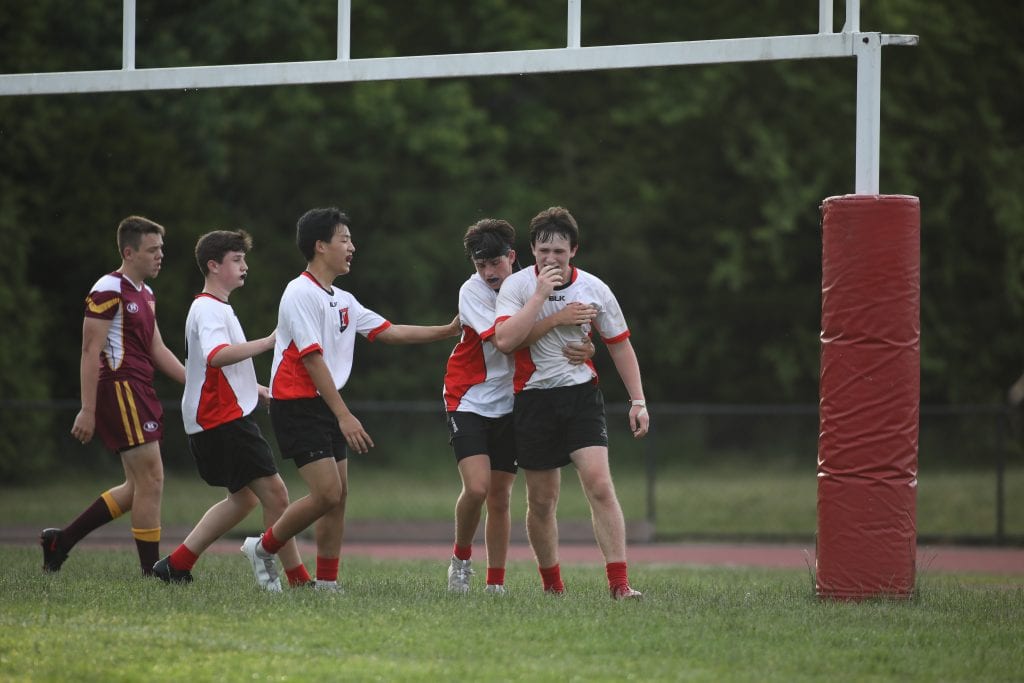 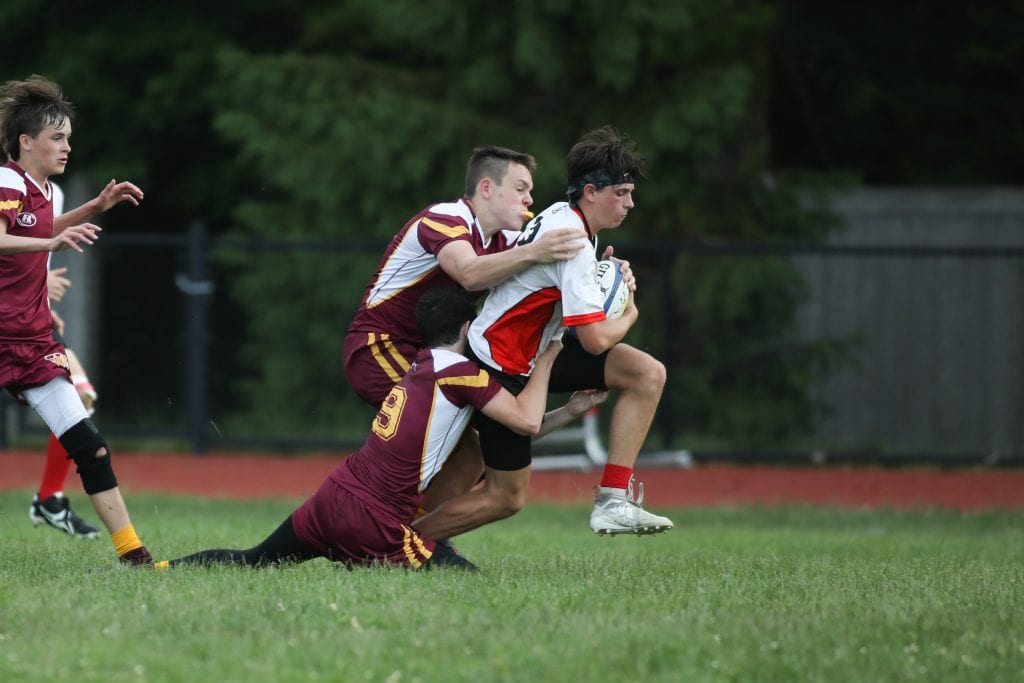 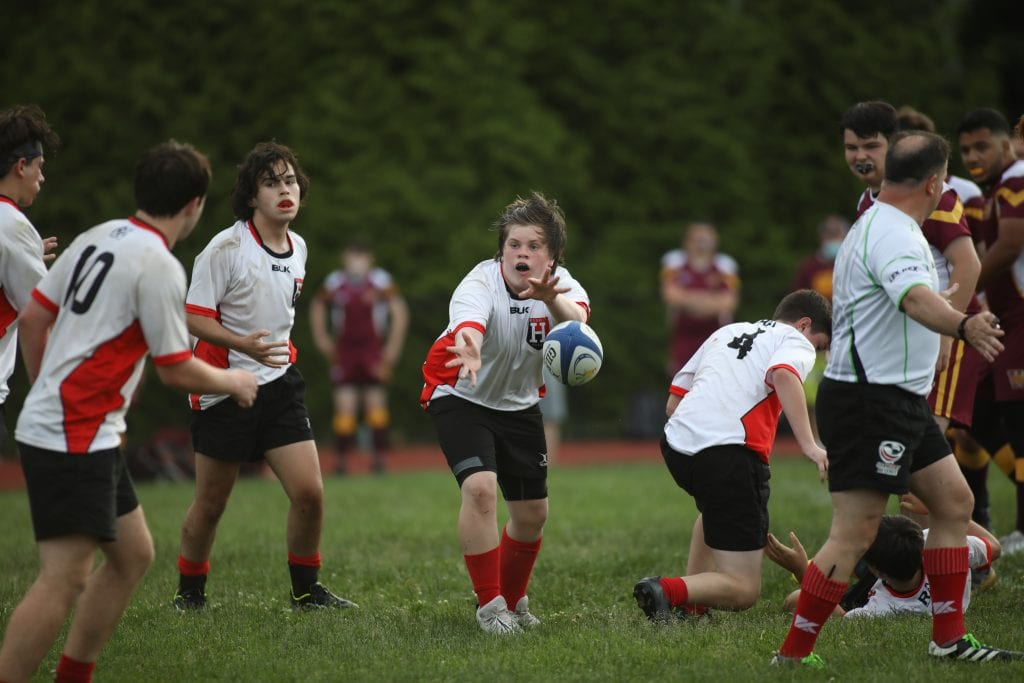 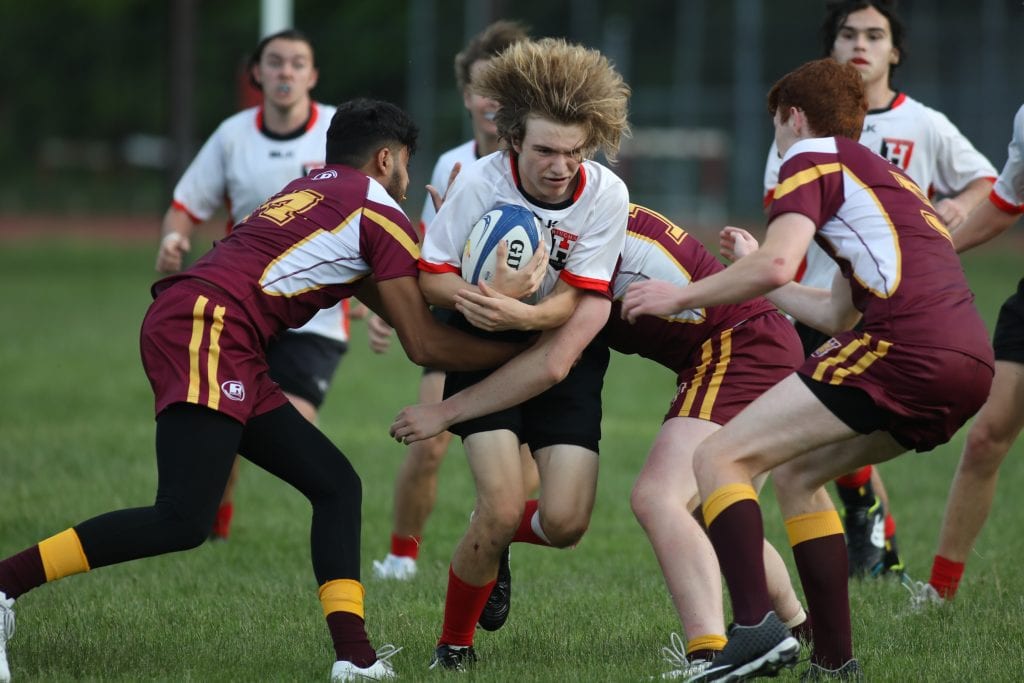 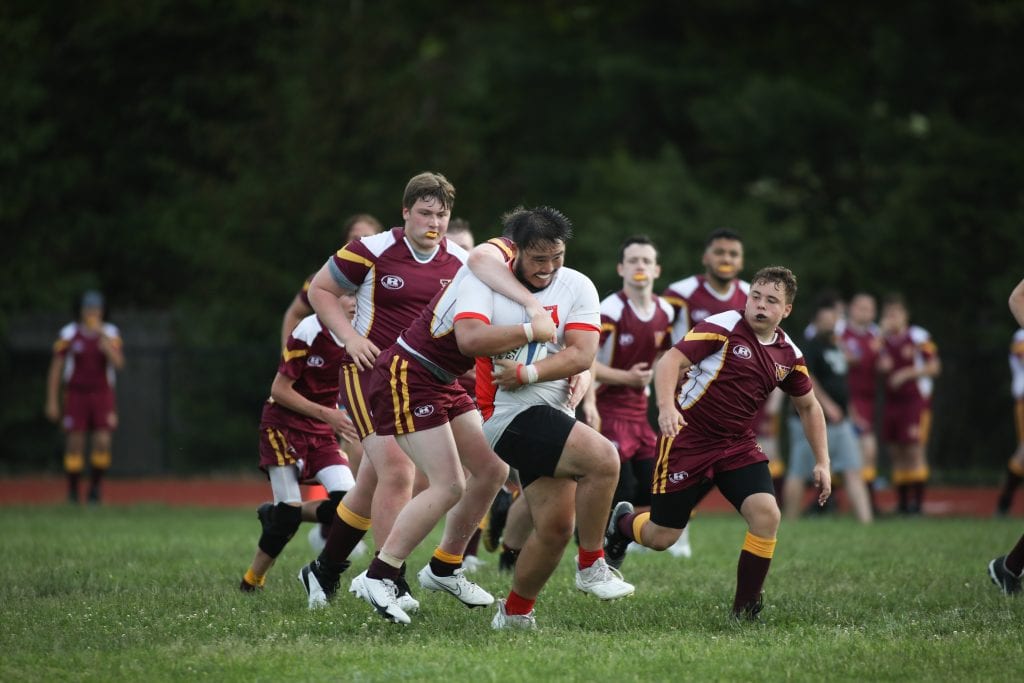 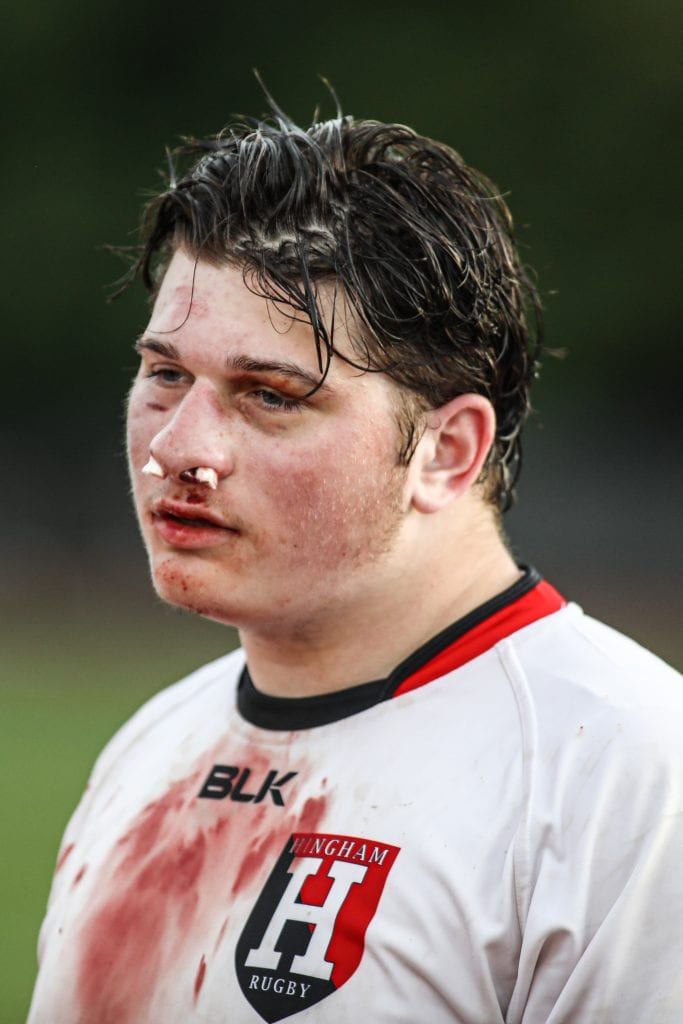 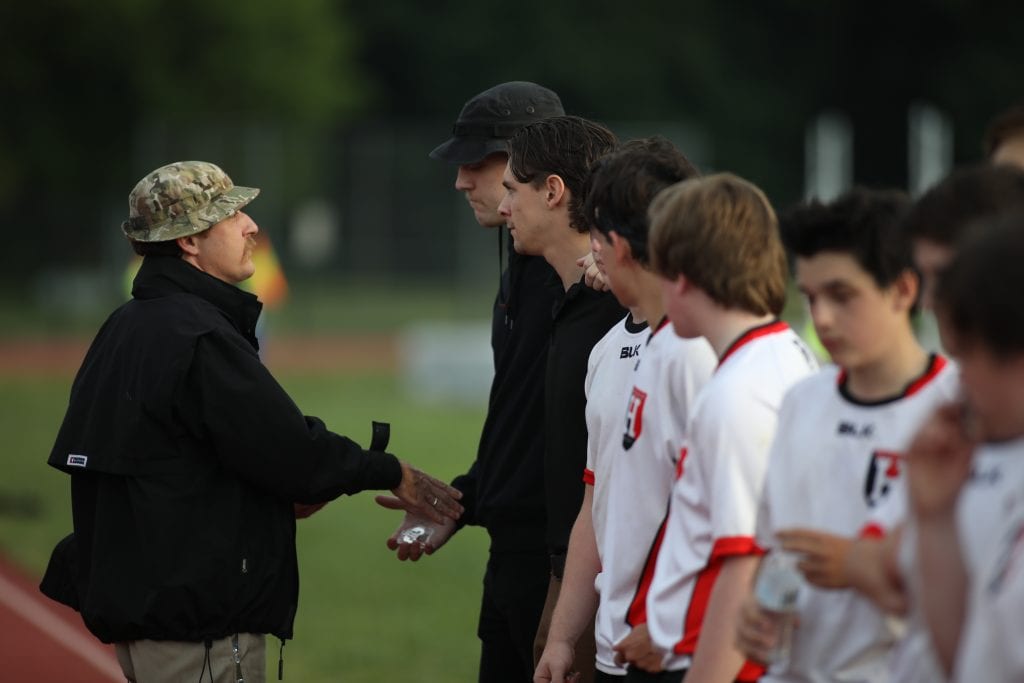 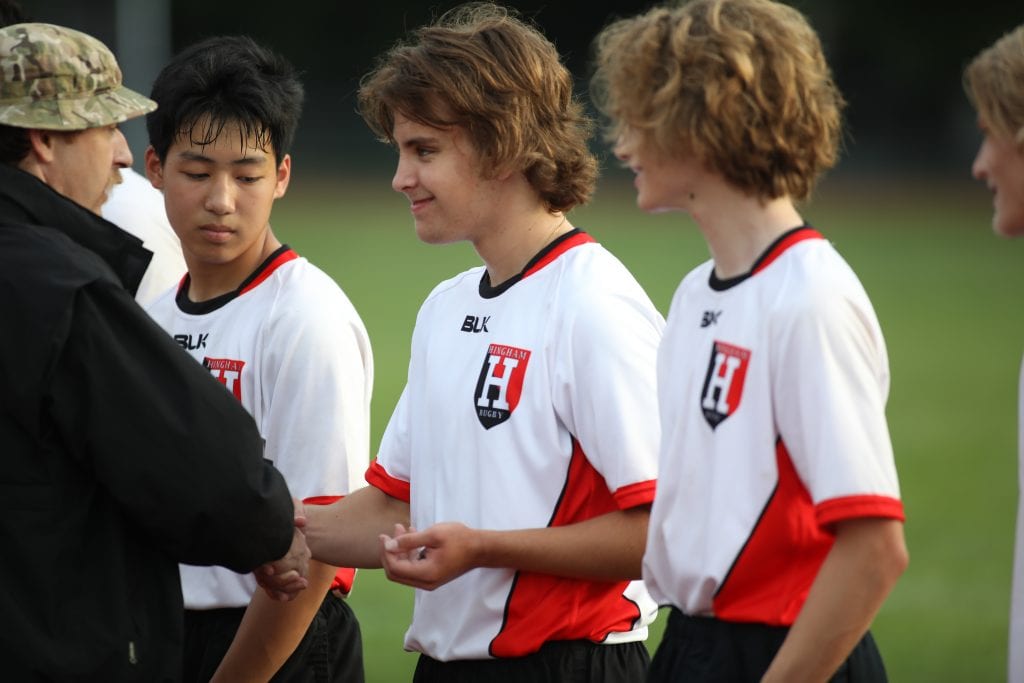 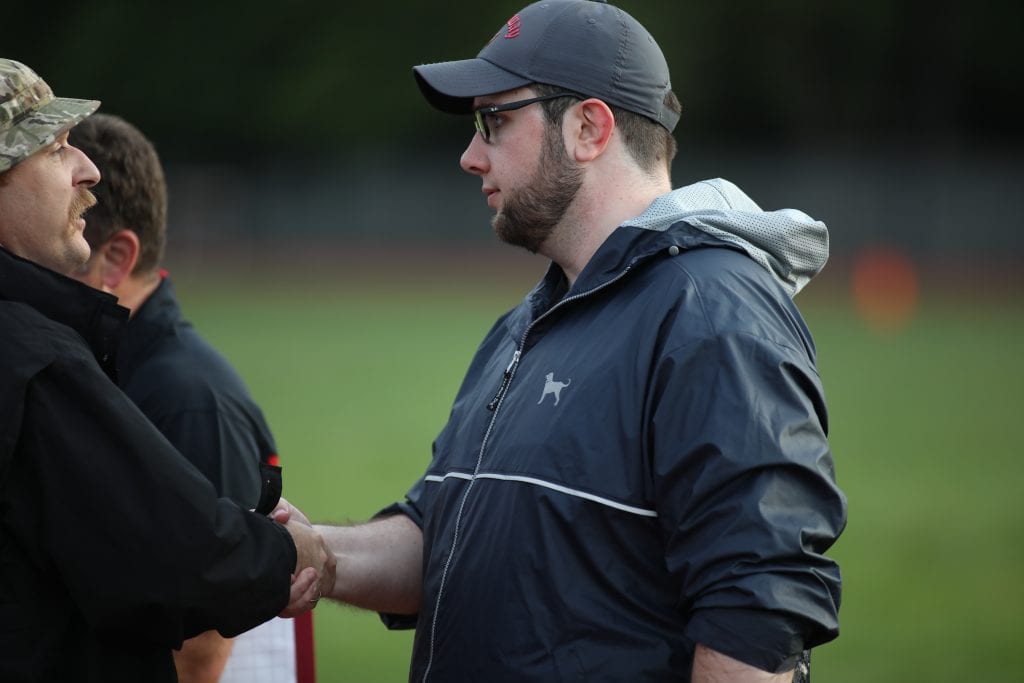 8 thoughts on “Rugby: The Best Sport Your Kid’s Not Playing”