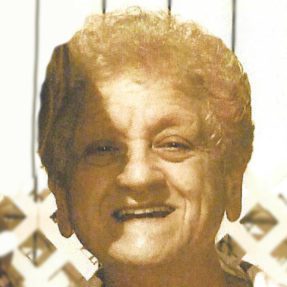 Rosemary Bonisolli (Falletti) of Hull passed away on October 4, 2021, surrounded by her loving family at home.

Rosemary was born in Hingham, MA on March 24, 1937, the second youngest among 5 brothers and 7 sisters born to the late Rocco and Carmella Falletti. Rosemary and her siblings learned at a young age the value of hard work and resourcefulness, having grown up on a large farm in her hometown of Hingham.

Also, through helping with her siblings, in the multitude of daily chores necessitated by farm life, Rosemary developed the ability to cook some of the most amazing Italian dishes. Her flair for Italian cuisine became legend among successive generations, namely her grandchildren. In addition to her culinary art talents, Rosemary’s gardening skills produced an equally dazzling array of annual and perennial flowering plants, constantly attracting the attention and compliments of the local community and passersby.

Rosemary was married to Louis Bonisolli, a 30-year decorated Navy veteran of WWII and the Korean War, who passed away in 1977.

Rosemary is survived by her son Robert and his wife Susan of TX; son Roger and his wife Debbie of WI; daughter Christina, her fiancé Salvatore Auditore and granddaughter, Vivian of MA; her brother Salvatore (Lou) Falletti of MA;  several nieces and nephews; and her grandchildren: Aja, Robby, Anthony, Jay, and Jenna.