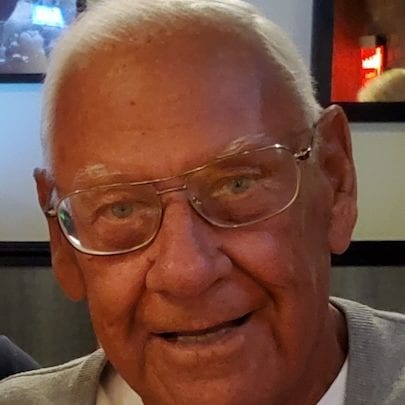 Born in Dorchester on December 9, 1936, he was raised in South Boston and was the son of the late William and Mary (Wilcox) O’Brien. Robert attended local schools and graduated from South Boston High School with the Class of 1954. Following high school, Robert enlisted in the United States Army on April 5, 1957. He proudly served his country during the Vietnam War and was honorably discharged on March 30, 1959. Robert worked as a lithographer in the printing industry. He enjoyed his work and the relationships he built throughout the years.

The most important part of Robert’s life was spending time with his wife, children and family. Robert was devoted to his family and a proud father and grandfather. His strong will, dedication and love are part of his legacy that continues through his family. He will be missed by all the lives he touched.

Robert was the beloved husband of the late Claire R. (Stravinsky) O’Brien, who died in 2019. The two married on April 8, 1961 and together they shared 58 loving years of marriage. He was the devoted father of Robert B. “Bobby” O’Brien, Jr. and his wife Edith of New Hampshire and Paul J. O’Brien and his wife Gretchen Fox of Kingston. Robert was the loving grandfather of Jennifer O’Brien of Maine and Christina Mancuso and her husband Kenny Mancuso III of New Hampshire. He was the loving great grandfather of Kenny Mancuso IV of New Hampshire and is also survived by many loving nieces and nephews. Robert was preceded in death by his siblings: William O’Brien, Frances McGuire, and John McGuire.

Relatives and friends are respectfully invited to greet the family during the visiting hours on Wednesday, June 23, 2021 from 11:30-12:30 PM in the Pyne Keohane Funeral Home, 21 Emerald St. (off Central St.), HINGHAM.

His funeral service will be celebrated on Wednesday, June 23, 2021 at 12:30 PM in Pyne Keohane Funeral Home, Hingham.

Services will conclude with interment and military honors in High Street Cemetery, Hingham.