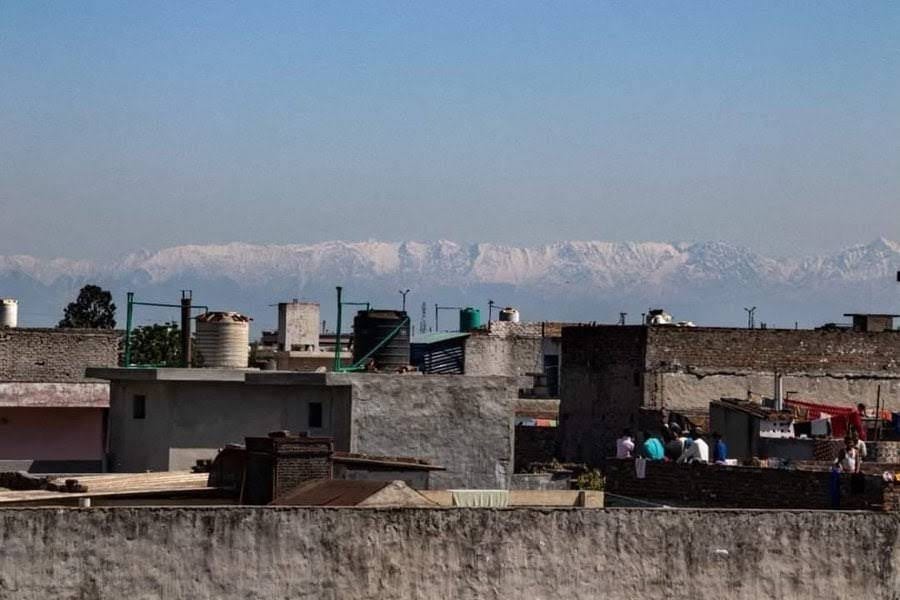 Originally Published in the Hingham Harborlight on April 19, 2020*

The spread of COVID-19 has captivated people all over the world, as the flu-like illness has caused national shutdowns and an overflow of patients in hospitals. Originating at a wet market in Wuhan in late December, the virus has spread to countries all over the world, and has especially rampaged Italy, China, and the United States. With the COVID-19 crisis intensifying, global leaders have issued “stay at home” orders to reduce the spreading of the disease. As the world enters a temporary shutdown, the reduction in overall human movement and the temporary closing of factories and other pollution emitters have decreased the amount of pollution in the air.

In India, this has certainly been the case. The highly populated country has six cities listed on the top 20 most polluted cities in the world, mostly resulting from high levels of vehicle exhaust, burning of biomass, and industrial factories. Prime Minister Narendra Modi of India ordered a three week stay at home mandate for all 1.3 billion citizens, which seems to have relieved pollution, as residents in Punjab report seeing the Himalayas for the first time in over 30 years.

The shutdown effects are echoed across Europe, as researchers have reported that current air pollution is equal to what it was one year ago. The greatest decline has been in nitrogen dioxide, which has dropped nearly 50% in Paris, Milan, Madrid, and Rome. Nitrogen dioxide has been found to be the cause of numerous health and respiratory problems, and is mainly produced from vehicle emissions and power plants. Dutch scientists have noted that, “the measures in a large part of the world lead, among other things, to a sharp reduction in road traffic, air traffic, shipping and industrial activities. This in turn leads to a reduction in emissions of climate pollutants, such as carbon dioxide and nitrogen dioxide. The decrease in the amount of air pollution goes hand in hand with the decrease in economic activity.”

At the source of the virus and the first country to limit population movement, China saw a 25% decrease in carbon dioxide emissions. This is very similar to the shutdown results in Southern California, where highways are infamous for bumper to bumper traffic. However, as California governor Gavin Newsom released a stay at home order on March 19, traffic has been almost non existent, as people have been working from home or not working at all. This has been mirrored in the latest pollution data, which one resident has tweeted, “air quality in SoCal right now isn’t good. It’s incredible. Like numbers from another era. It’s not just the rain. Having less traffic is making our city more livable.”

As the measures to take on this pandemic have visibly improved air quality across the world, it poses the opportunity to maintain such numbers. With modern day technology more available to the public as it has ever been, the ability to work from home has increased dramatically.

The same could be said for schools, as educators have had to provide materials over websites such as Google Classroom, Edmodo, Khan Academy, Quizizz and other educational platforms. Jack Libby, a sophomore at Hingham High School, has reservations about the current program. “It’s ok,” he noted. “The problem is, it’s like we are going to school, without all the benefits of school. We can’t see our friends, we can’t hang out at lunch, no physical education, no group work. It’s all independent stuff. Without a doubt though, this will be the pinnacle of not only mine, but the majority of students’ high school experience. Long term will be a challenge if that is our future, but I believe that many, like myself, have enough in them to push through it, at least until the end of this year.”

Many students agree that the interface will have to be improved for this new reality to be viable in the future, including website Zoom, and the ability to talk with teachers would be easiest if not over email. Until then, it looks like schools and work will resume normally after the end of the outbreak, and pollution levels will inevitably increase with the recommencement of the morning and afternoon rush hours.