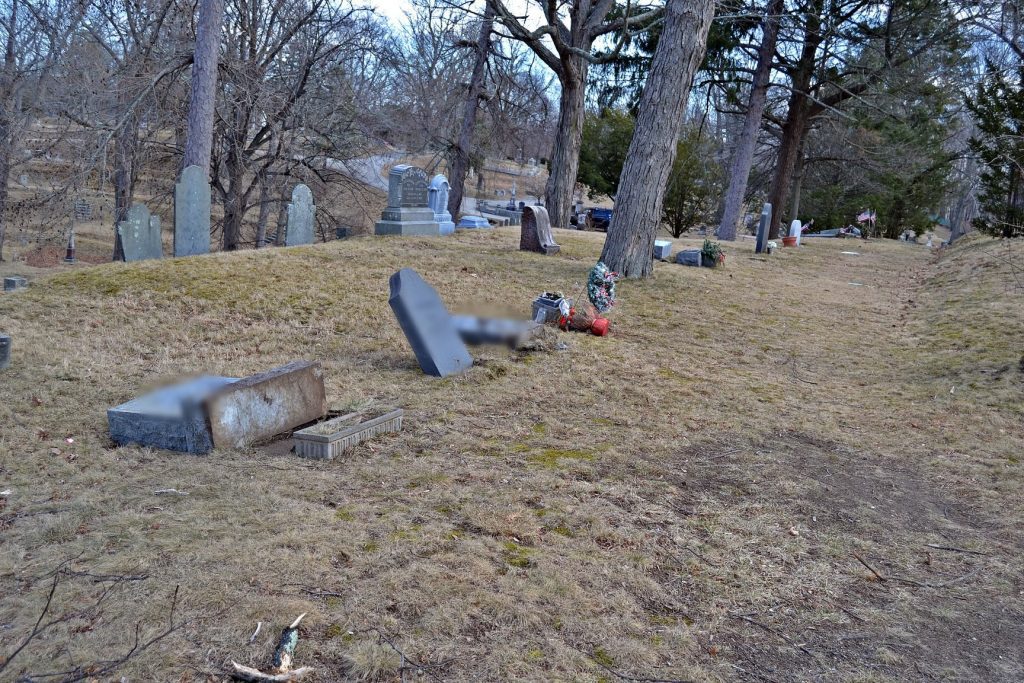 Police are investigating an incident where several cemetery headstones were knocked over in the Hingham Cemetery on 12 South St.

The damage was reported by a person who regularly walks through the cemetery who did notice the damage the day before. The day before, March 3, there was a brush fire in a different section of the cemetery.

This remains under investigation. If you have any information please contact our Detectives at 781-741-1443 or you can leave an anonymous tip on the “Submit A Tip” tab on our home page (hpd.org). 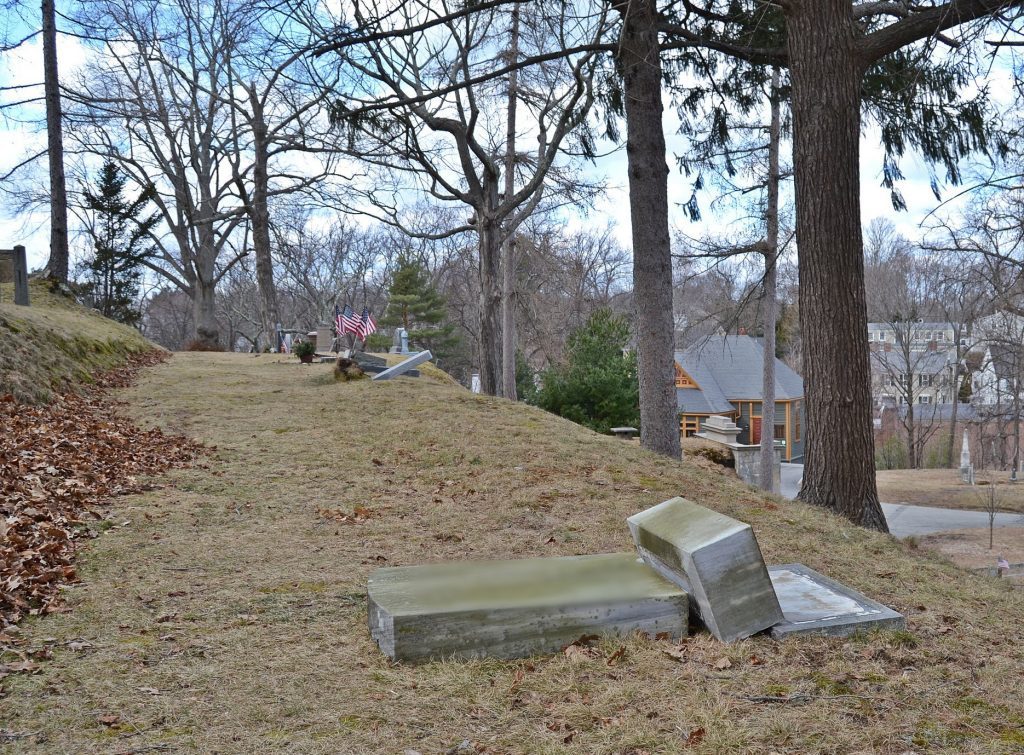