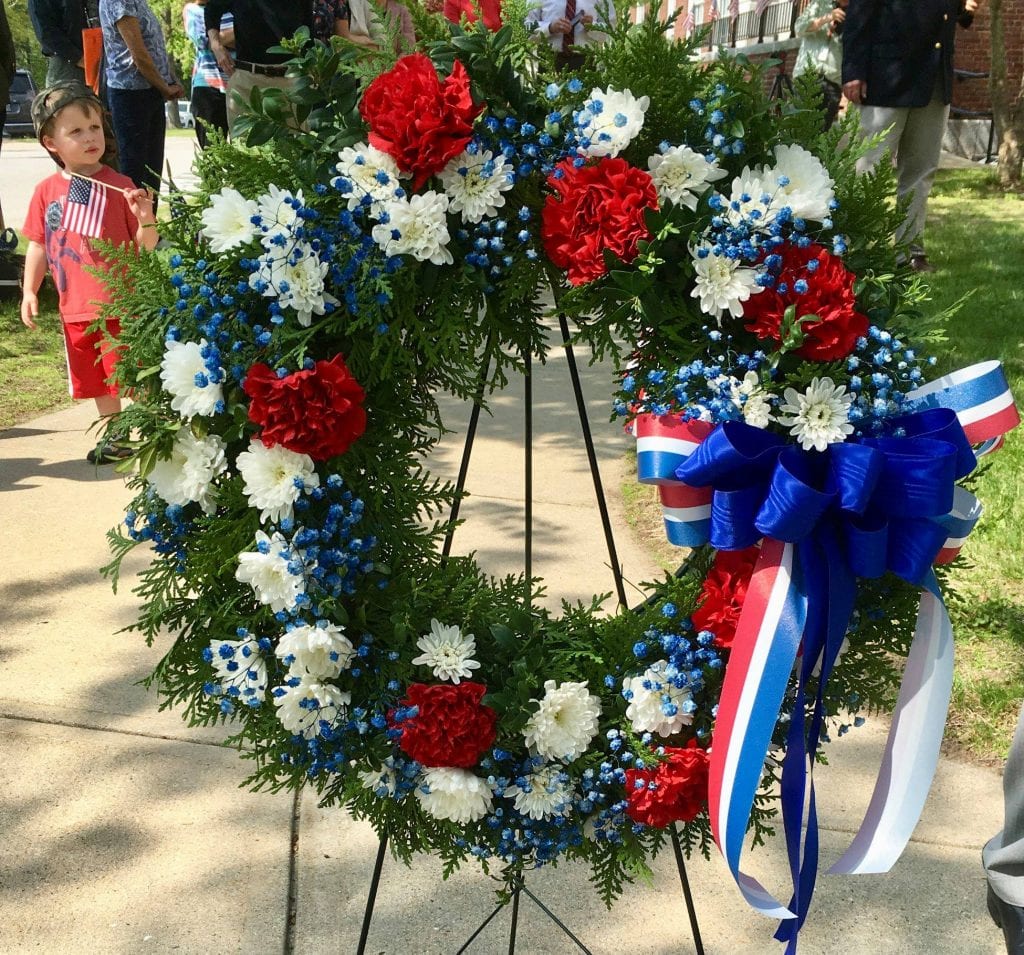 The Hingham Dept. of Veterans’ Services annually presents our local Police Department with a Memorial Wreath to show our continued support and remembrance.  This year’s ceremony will NOT be publicly conducted due to the CV-19 Health Crisis.

However, at 08:15hrs./ Friday, 15MAY – SCPO Keith Jermyn, USN will present the wreath, and play Taps for ALL On-Duty Officers outside the Main HPD Entrance.

Peace Officers’ Memorial Day is held annually in the United States on May 15 in honor of federal, state and local officers killed or disabled in the line of duty. It is observed in conjunction with Police Week.

What Do People Do?

Many people in the United States will pay tribute to officers who lost their lives or were injured in their jobs. According to Concerns of Police Survivors (COPS), about 140-160 officers are killed in the line of duty each year and their families and co-workers are left to cope with the tragic loss.

Many businesses and community members across the nation, especially those who lost family members, friends or colleagues who were local officers, will lower their flags in remembrance of law enforcement officers killed in the line of duty. Some police departments hold an annual law enforcement memorial ceremony on this day.

Each year, the Fraternal Order of Police and its Auxiliary organizes a national memorial service on the day, drawing thousands of people from many parts of the United States. The service is followed by the placement of a memorial wreath at the National Law Enforcement Officers Memorial in Washington, DC. On this day, people are also reminded of the need to be vigilant against all forms of crime.

Peace Officers Memorial Day is an observance but it is not a federal public holiday in the United States. Some people may take time off work, such as an extended lunch break if a memorial service is held at noon, to attend a memorial service on this day.

The idea of a Peace Officers Memorial Day came into effect on October 1, 1961, when Congress asked the President to designate May 15 to honor law enforcement officers. President John F Kennedy signed the bill into law on October 1, 1962. Each year, the President of the United States proclaims May 15 as Peace Officers’ Memorial Day and the calendar week of each year during which such May 15 occurs as Police Week.

According to the Legal Information Institute, the President is requested to issue a proclamation to: designate May 15 as Peace Officers’ Memorial Day; to direct government officials to display the United States flag at half-staff on all government buildings; and to invite state and local governments and the people to observe the day with appropriate ceremonies and activities