When Savannah Carlson arrived home in Hingham in early October, she was greeted by colorful "Welcome Home, Savannah" yard cards welcoming her back after successful completion of a three-year tour of duty as an Intelligence Specialist Second Class Petty Officer in the United States Navy.

"I hadn't been home for two years due to the pandemic -- a big reason for having a homecoming in my family. We're very tight-knit, so seeing them all again after so long was wonderful," she said. "Coming back to Hingham has been like rediscovering your favorite flavor of ice cream -- remembering how much you love it after not having had it for so long."

The yard cards came as a surprise, even though Carlson's parents "always love going above and beyond for my homecomings since being on the other side of the world hasn't exactly been easy," Carlson said. "I was very appreciative that my family took the time to arrange it. We had a party at the house the Saturday I returned with friends and family, which was a blast." 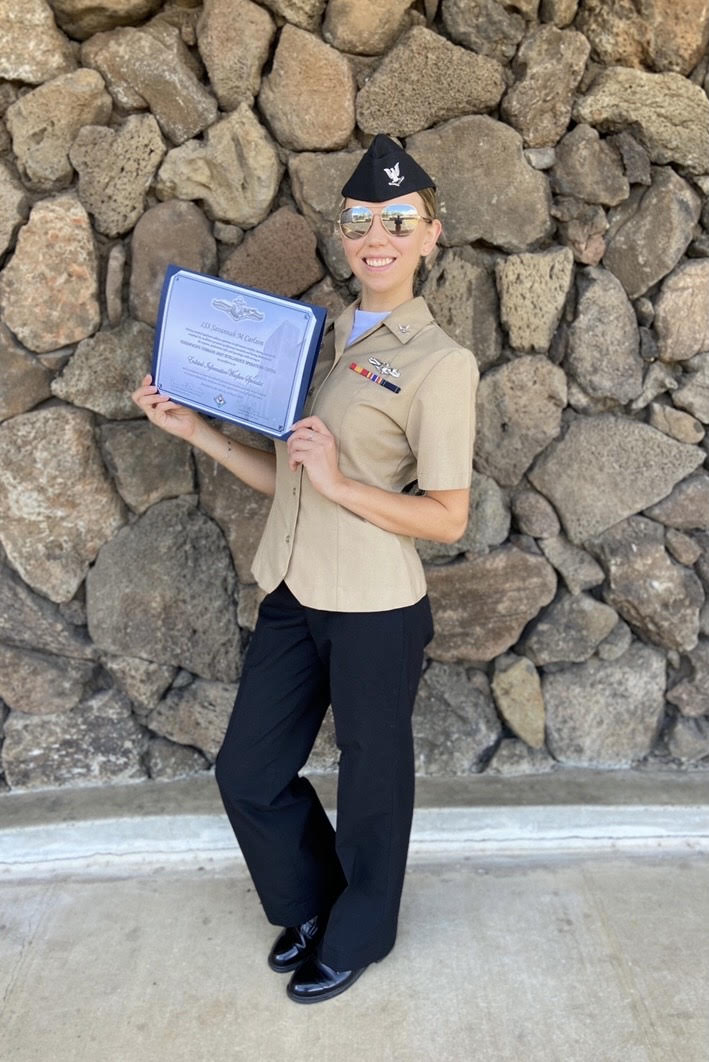 One of the first things she did was to share a meal with her family and pick up her new vehicle. "I couldn't see myself spending a month in Massachusetts without one!"

Carlson is still on active duty. Her next assignment will be in Virginia Beach, Va., where she will head at the end of October for about four years.

Since returning home, Stars on Hingham Harbor has been the "go to" spot for Carlson and her family -- her parents, Angela and Neil, and her younger sisters, Amelia and Corynne, who visited her in Hawaii earlier.

During her time in Pearl Harbor, Carlson was awarded three Joint Service Achievement Medals for various counts of extraordinary contribution to the United States Navy mission.

Maintaining a positive outlook while in the military poses a challenge, according to Carlson. "I did my best to maintain an optimistic attitude and working environment, and thus far I have no real complaints," she said. "My first command was wonderful, and leaving Hawaii was a very difficult thing to do. Not only did I have amazing leadership that put their blood, sweat, and tears into seeing me succeed, but I left a family in my first home away from home. Just when you create a strong group of friends, it's time to move again."

The biggest challenge, Carlson shared, was learning how to become an effective leader in the Navy. "Sailorization" is essential for junior sailors, during which they learn all they need to know about the Navy and the resources this branch of the service has to offer. 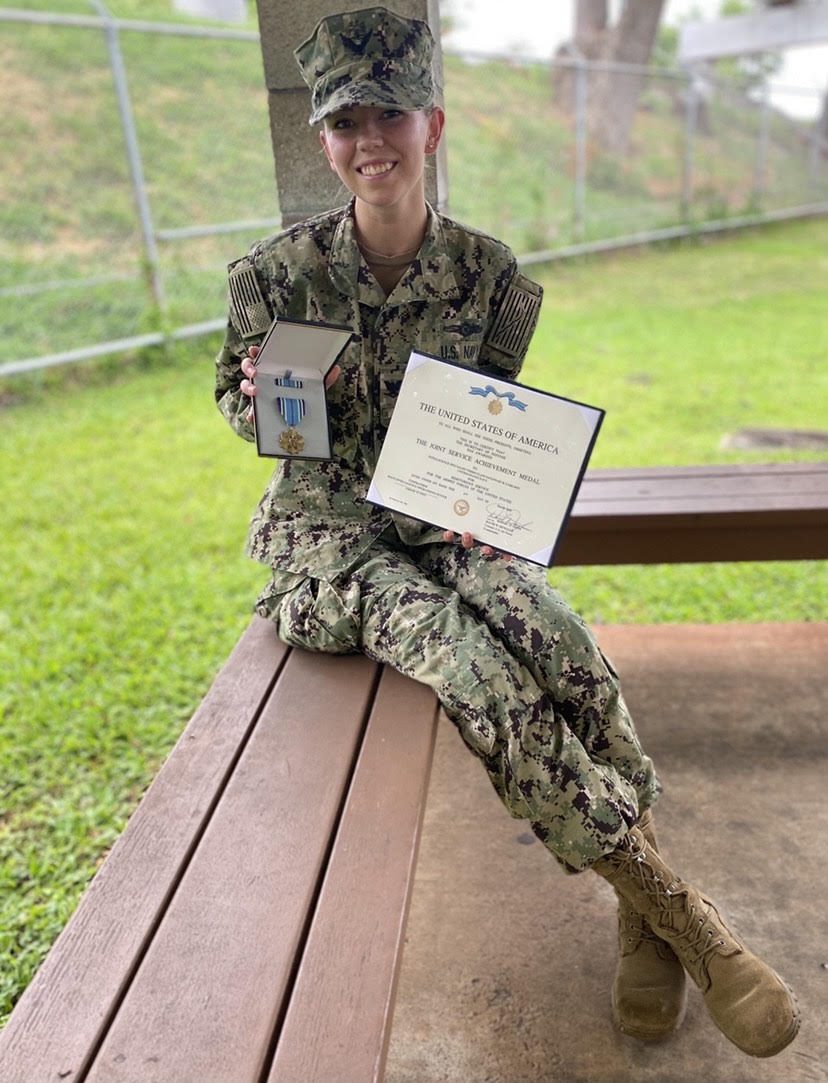 "In my last year of my tour in Hawaii, I was responsible for teaching sailorization to my juniors while fulfilling an Operations Non-Commissioned Officer position that required overseeing more than 30 enlisted personnel and juggling a great deal of plates," she said. "Learning how to make time for it all was the most challenging."

While she is excited to be home -- "I had forgotten how much I loved Massachusetts" -- Carlson said it did feel a little strange at first.

"I had gotten so used to the ways of Hawaiians -- slow drivers (speed limit caps at 55 m.p.h. on the highways) and 'island time,' meaning that everyone was slow or seemed to take forever to accomplish something because they live on island time -- and the sun (oh, do I miss the sun!) was unlike anywhere else -- beach day all day every day, with very little muggy weather," Carlson said. "The 'vibes' were overall positive and optimistic in Hawaii, so coming back to an 'all business' grey Massachusetts was a bit of a culture shock!"

That said, Carlson is happy to be back home for a short stay. "My favorite things to do in Hingham, aside from seeing friends and family, are walking through World's End or grabbing a 'Shipyard Pumpkinhead' at Stars," she said. "I've yet to try some of the newer restaurants in town, so those are on my list of things to do."