*All photos, unless otherwise credited, are courtesy of the Burnett family. 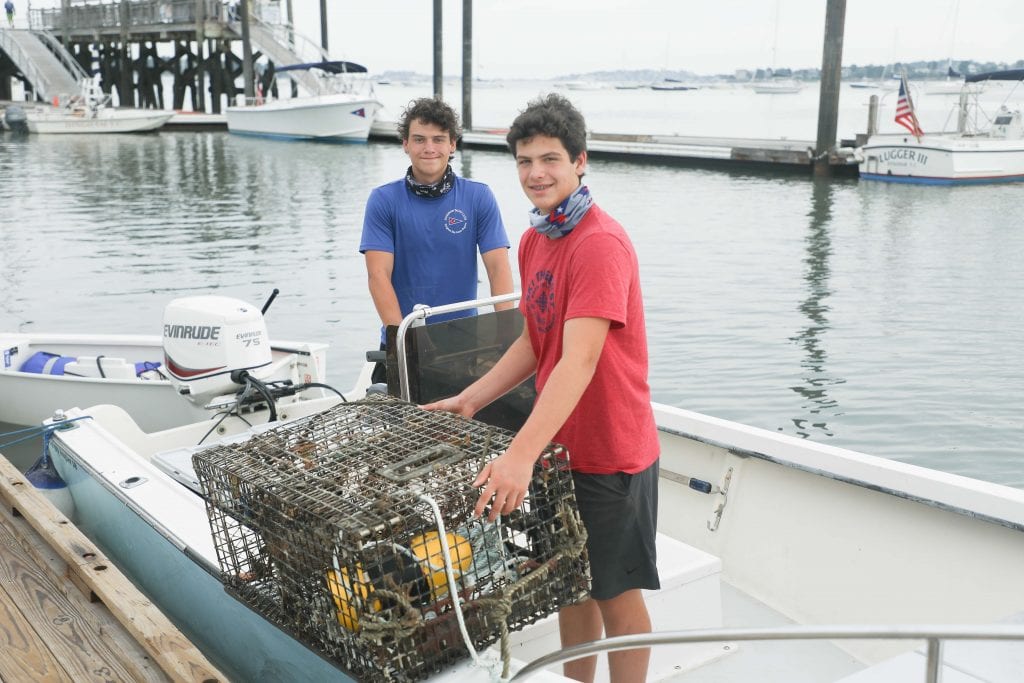 Tanner (16) and Parker (14) Burnett are not your typical teens. They have been lobstering in Hingham Harbor or most of their lives and have parlayed those skills into a bustling summer lobster business called B&B Lobster. When they are not lobstering, Tanner attends Milton Academy and Parker attends Derby Academy.

How did you decide to start the business?

Tanner:  We have lobstered with our dad since we were little, so we already knew a lot about it. A couple of years ago, my Dad asked us if we would like to start a lobstering business and last year he helped us turn that idea into a reality. I was 15 and Parker was 13 when we started. 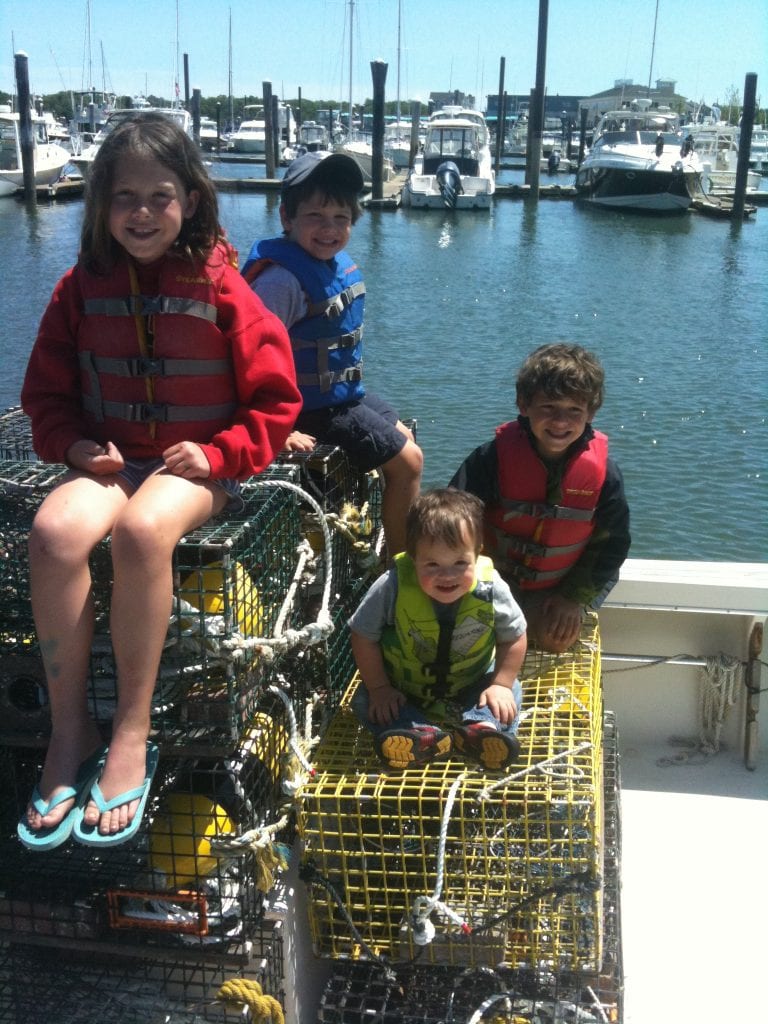 What is your first memory of trapping lobsters?

Tanner: I remember pulling a big spider crab(very ugly) out of a trap and being scared, then dropping it on my foot.  I was probably 4 or 5 years old then.

Parker: We've been pulling lobster pots since we were probably 3 years old.  I remember when I was little I liked seeing what sea creatures would be in the lobster pots when we pulled them. 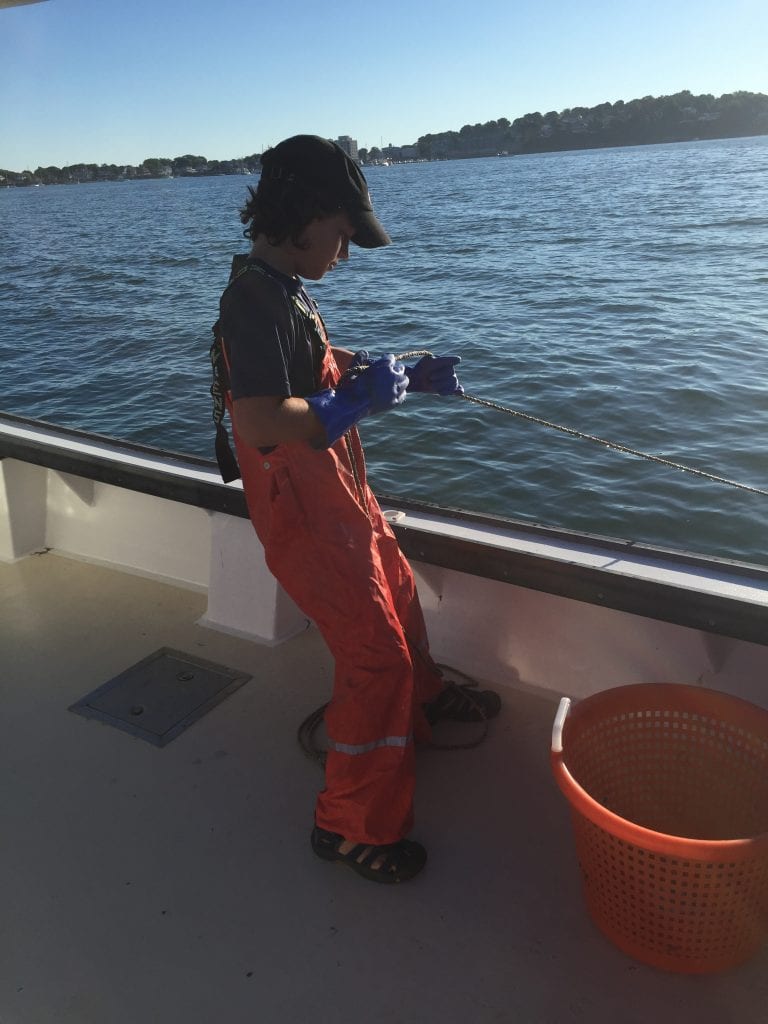 Have you ever been injured by a lobster?

Tanner: No, but Parker has.

Parker:  A lobster clamped my hand a few years ago.  Their claws are very powerful and it really hurt!

What is the largest lobster you've ever caught?

Parker: We caught one about 1.75 feet long that weighed 4 pounds 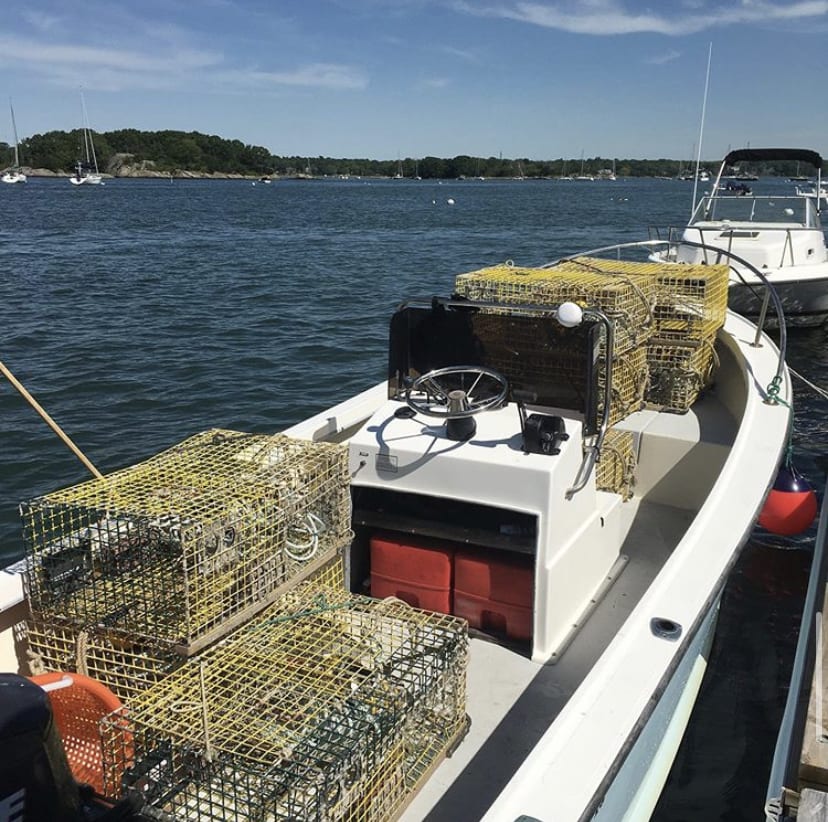 What is the largest number of lobsters you've caught in one day?

What is your favorite memory from working together?

Tanner: Catching 7 lobster in one pot.

Parker: The best days are the ones where we aren't rushed.  We joke around, take breaks to swim in the ocean and have a good time together while we're working. 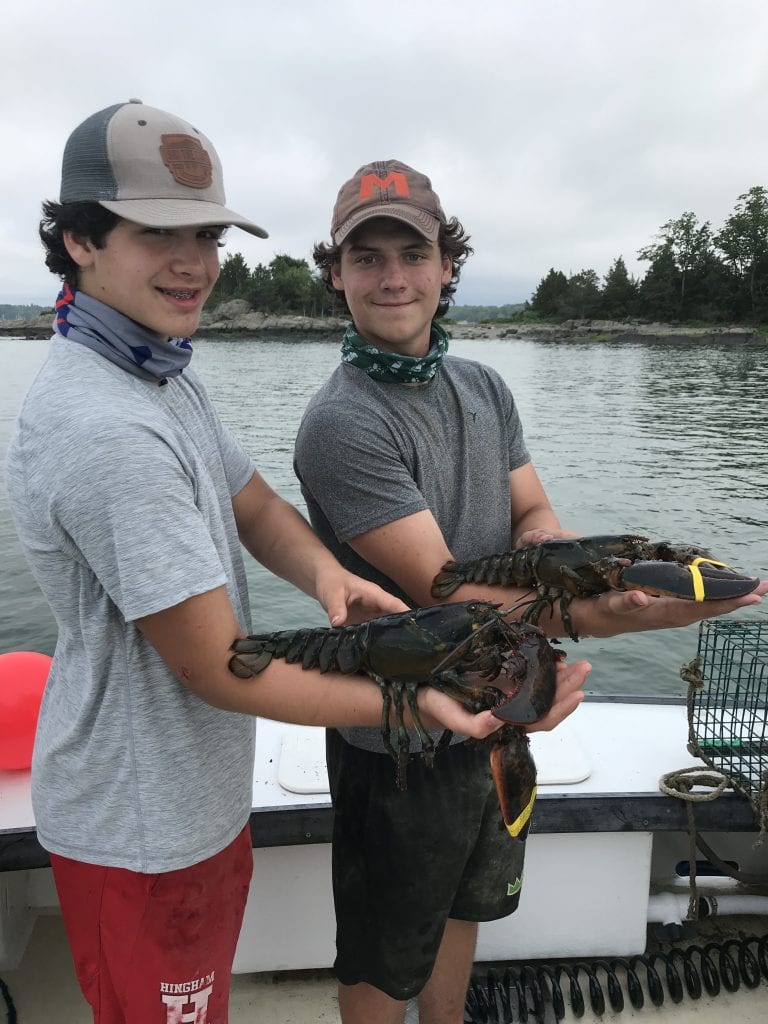 What do you find most rewarding about your job?

Parker: Making money is the best part - it makes the hard work worth it.

What is your favorite lobster dish to eat?

Parker: I actually don't eat much lobster - I'd rather sell it so we can make money. 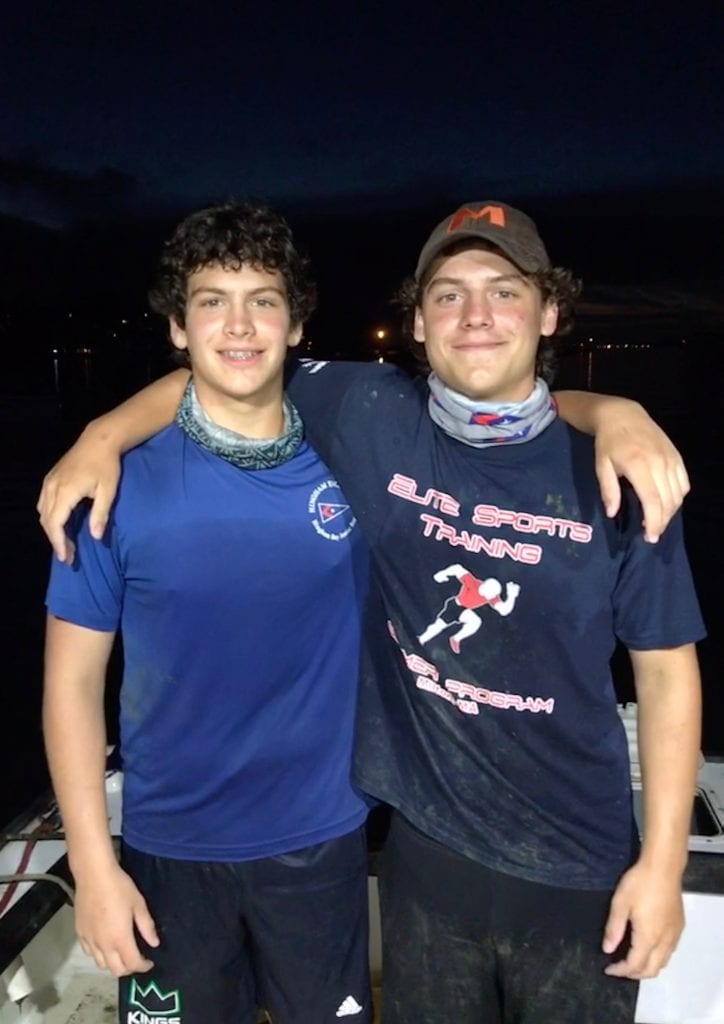 Do you plan to do this after school? Or do you have other career aspirations?

Tanner: This is a great summer job and I am learning alot about running a business.  I think we'll keep doing this over the summers while we are in school and not sure where I'll end up after that.

Parker: I'm not sure what I'll do after school.  I have to get through high school and college then will figure that out. 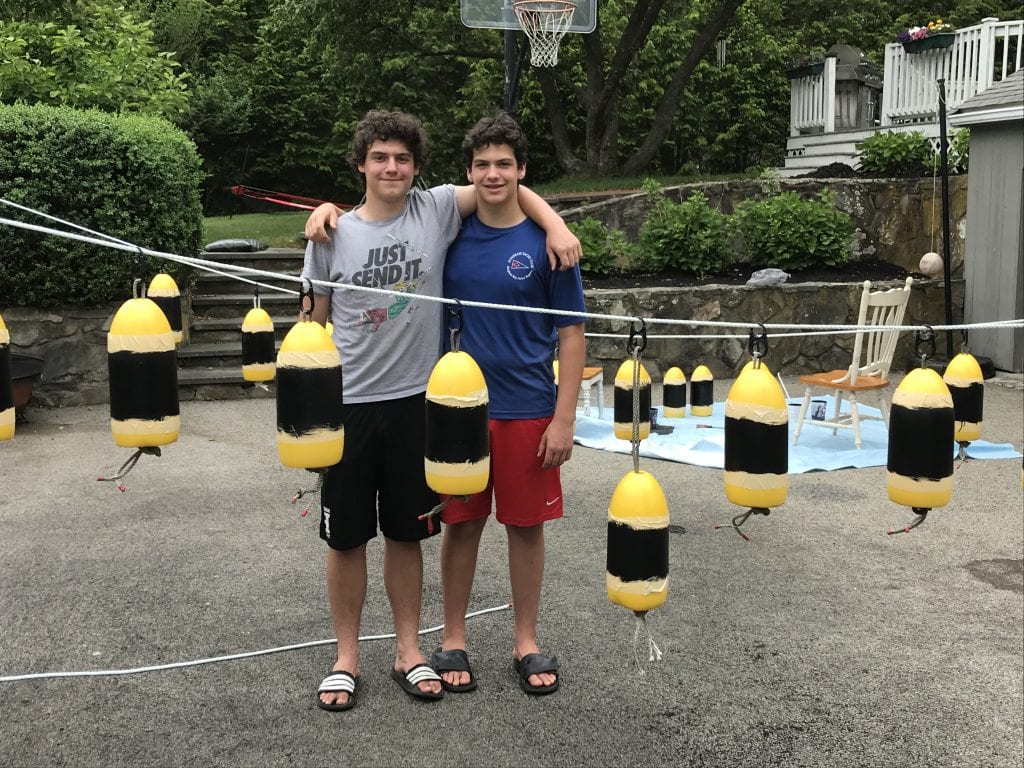 What is your favorite meal in Hingham?

Who do you think is the most inspiring person in Hingham?

Tanner: I can play piano, guitar, and violin

Parker: Not that I can think of.  I'm pretty much an open book.

If you could give Hingham Kindergarteners one piece of advice, what would it be?

Parker:  Don't rush everything or it won't be as fun as it could be.

*To purchase lobsters from B&B Lobster, visit their instagram page. Prices are updated regularly to reflect changes in market rates.