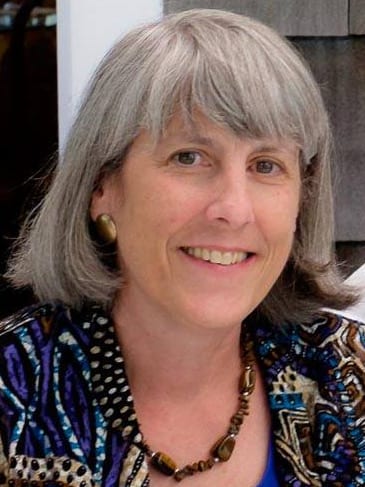 Former two-term Hingham selectman Laura Burns today announced plans to run for a seat on the Hingham Municipal Lighting Plant (HMLP) Board. “We are extraordinarily lucky, as a town, to own and operate our own electric utility. I would be honored to serve as a steward for this important part of both our history and our future,” she said.

Burns admires the lengthy history of successful service provided by the Light Plant since its inception in 1894. “Residents are very happy with the rates and the service provided by HMLP, and job number one is to keep it that way. How often do we drive through dark neighboring towns during power outages to be cheered by the lights coming on as we pass into our home town? And to do that at a reasonable price is an impressive achievement. I’m dedicated to maintaining that success.”

As the nation’s energy market turns toward renewable sources, the light plant faces significant changes in the next few years, along with all other sectors of the energy economy, Burns says. “The complexion of the U.S. energy market is changing rapidly, as is the way we use energy in our homes and businesses,” she says. “With good planning we can capitalize on those changes, and make HMLP an even more appreciated part of our lives. I support HMLP’s current plans to create a second transmission line for bringing electricity from the grid into Hingham, which will give us added protection against outages. I also support the plans to build a new substation to meet the growing demand which the next decades are sure to bring.”

A Hingham resident for 34 years, Burns has previously volunteered for the Town in a variety of roles. In 2007 she was elected to the Board of Selectmen, and helped guide the town through the financial challenges of the great recession. She was reelected to a second term in 2010. Prior to serving as selectman, she served for six years on the town’s Advisory Committee, including as chair, and also sat on the town’s Capital Outlay Committee and the Affordable Housing Trust. As an advocate for municipally-owned utilities, she was a founder of the community group Citizens for Hingham Water, and helped lead the public information campaign which resulted in Hingham’s purchase of its water system in 2019.

“I hope to continue my service to the community in a new role, and I ask for the support of the voters to do that,” Burns says. “Together we can keep the lights on at a reasonable rate, and meet the energy needs of the coming decades.”