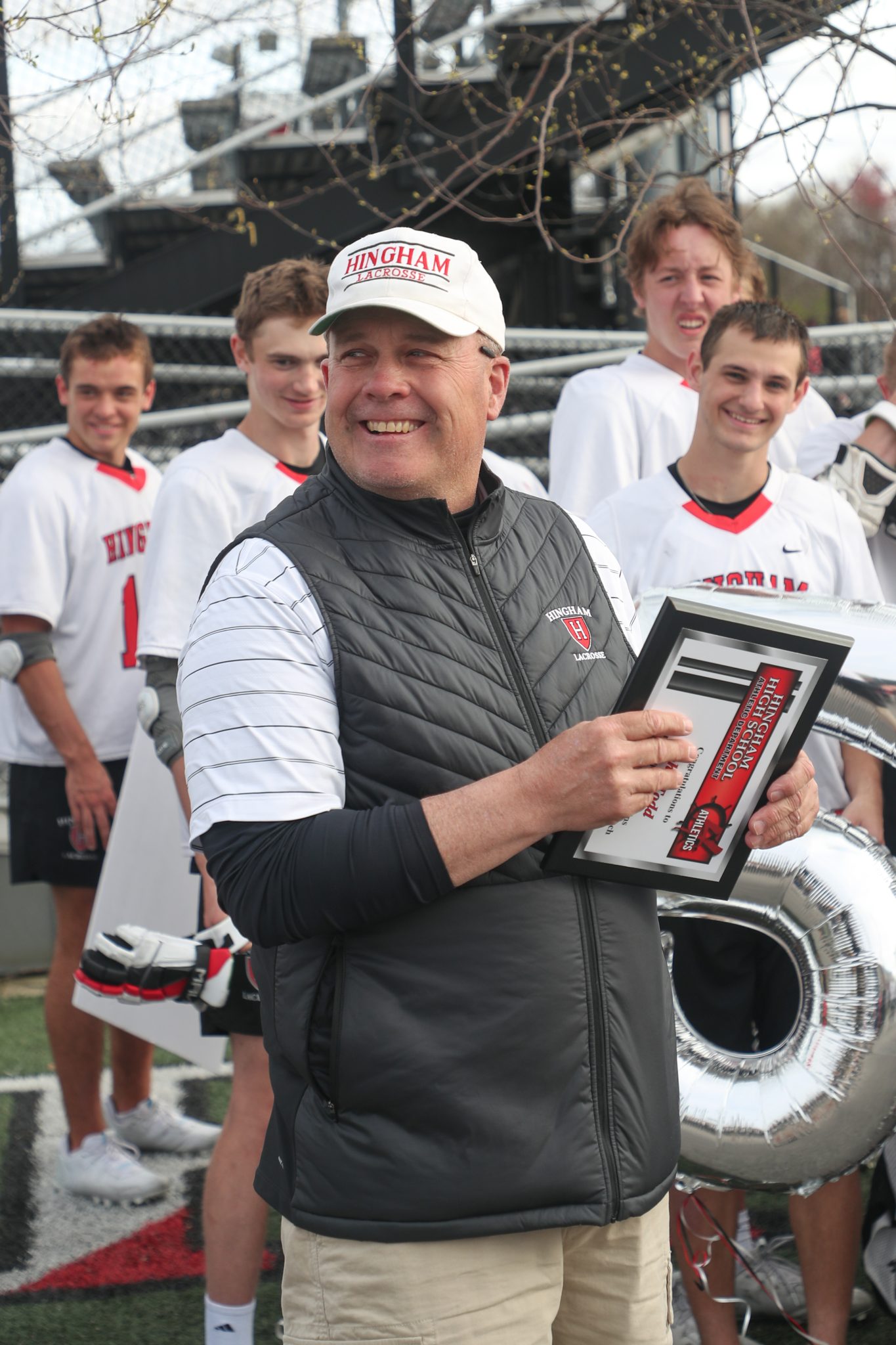 There are car trips to Maine, a season which is again coming to a late spring peak, with more than a reasonable hope of success, there is town business to monitor, as well as that at Hingham High school, where Todd's status is at the iconic level.

And then in the social media world, there are tweets and text messages to compose and answer.

The common thread, of course, has and always will be lacrosse.

It was that way in 1989 when Todd arrived in Hingham, as a freshly minted college graduate (St. Michael's in Vermont) with a passion for sharing what he knew, especially about lacrosse.

Todd's sermon than was more of passion than experience or expertise.

"I was a coach before I was married,'' said Todd with a laugh of a memory that is 33 years old.

"Anyone can chase a dream'' said Todd. "But this (Hingham) was the best case scenario, you had a town that loved the sport, loved the teams and was willing to do anything to support them.''

Todd won some games, then he won a few more and a few more after that, every year, year after the year. 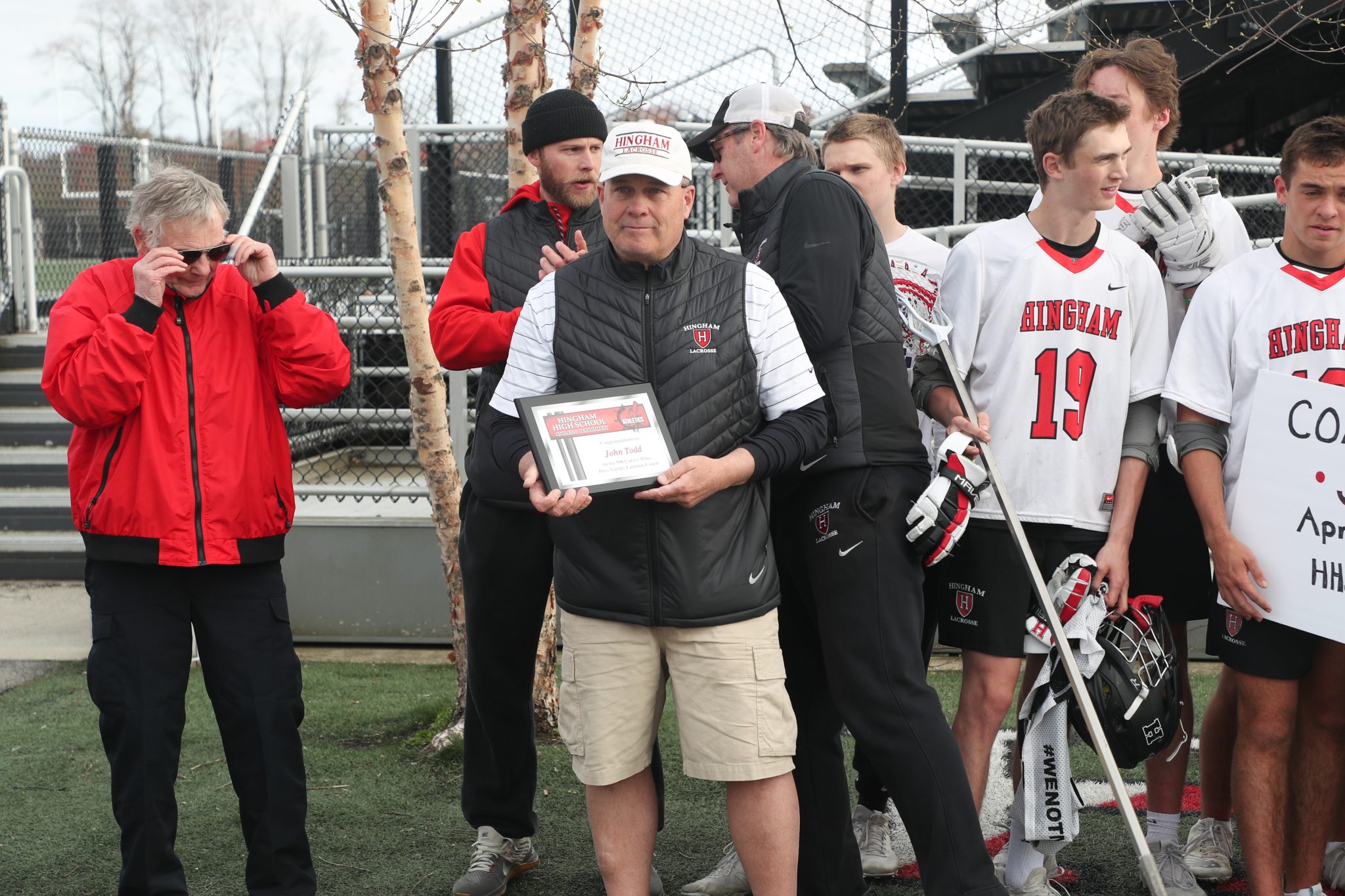 The milestones came--first state title in 2001, another in 2002 and a third in 2017, which also brought national recognition to the small town on the South Shore.

Todd didn't have to go anywhere, because he was living his dream, his passion. He was now coaching the sons of his players, who were either still around or still connected to the program, to the town and to the people.

"Rarely are we able to witness an individual accomplishment that so tremendously rewards the efforts of others at the same time,'' said Hingham athletic director Jim Quatromoni.

"The time, care, energy and attention that Coach Todd gives to his program is unmatched. He uses lacrosse to help people achieve the best in themselves.''

"You are talking 16 wins a year for 30 years,'' says Rob Falvey, an assistant on Todd's staff as well as a former Hingham player, whose sons are now part of the program. "He's doing that and he's teaching kids to be good citizens.''

Todd does his best to diffuse some of the praise. "The blue print remains the same,'' he said last week as he prepared to have the Harbormen go through the final phase of the regular season--which will include a rematch against Lincoln-Sudberry, the only team to beat Hingham this season "This doesn't happen without support from the kids, from the town.''

Todd says a common thread over the years has been the cohesive attitude of his players.

"They're usually multi-sport players and they WANT to play together,'' said Todd. "Guys have assumed roles and they work their butts off.''

Then tradition kicks in. 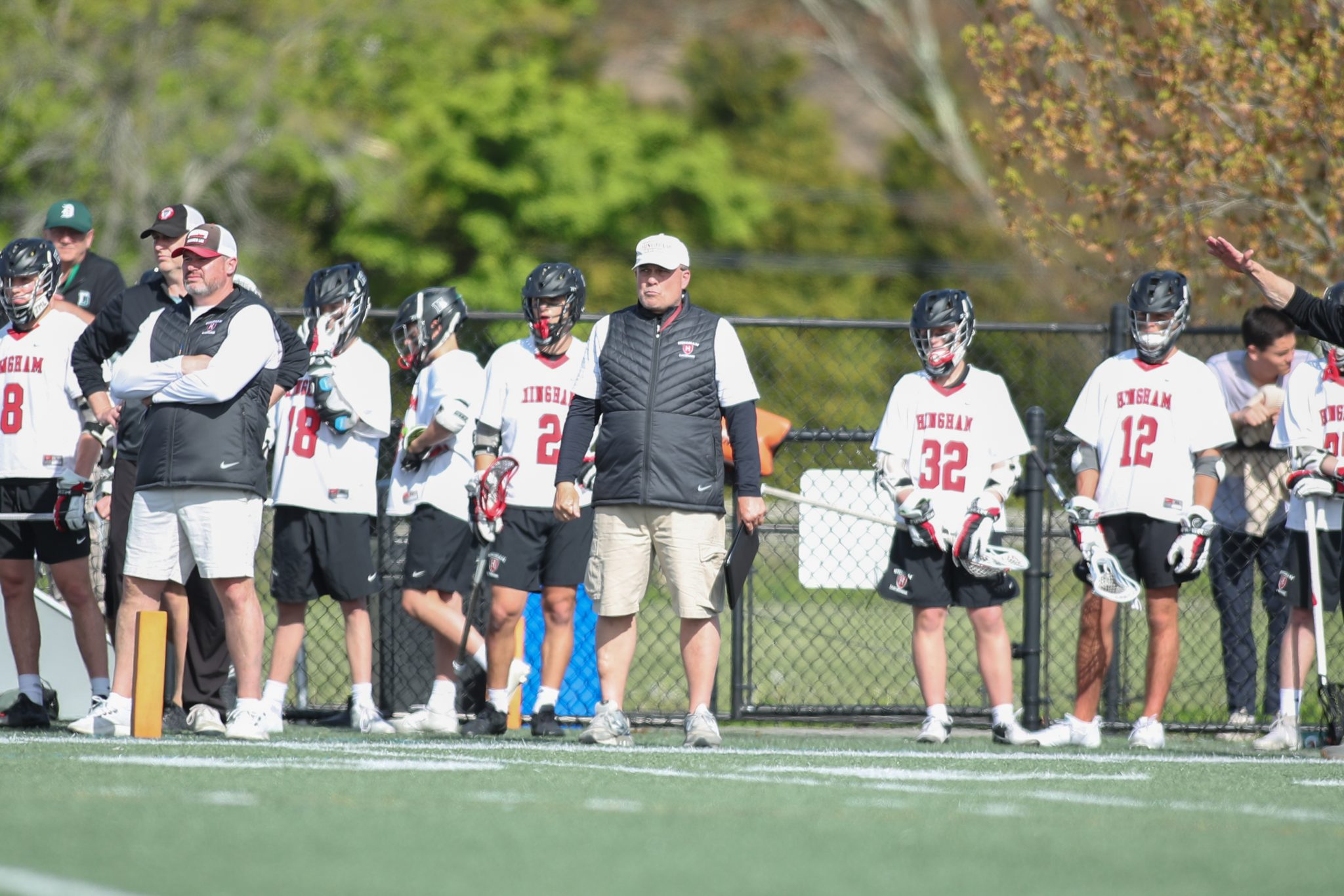 "The guys are still connected, either directly  or if they only come to a couple of games a year,'' said Todd, who will guide his team into the state tournament in which they will be one of the favorites.

It is also a system that begins early, starting with youth lacrosse programs.

Todd concedes a state title is always the goal. "Winning the last game of the season is always the cherry on top,'' he says with a laugh, "But there are a lot of good teams out there."

There are other soccer hot beds in Massachusetts, including on the South Shore, where Norwell and Duxbury have their own lacrosse milestones.

But nowhere has the force been more consistent than at Hingham over a prolonged period of time.