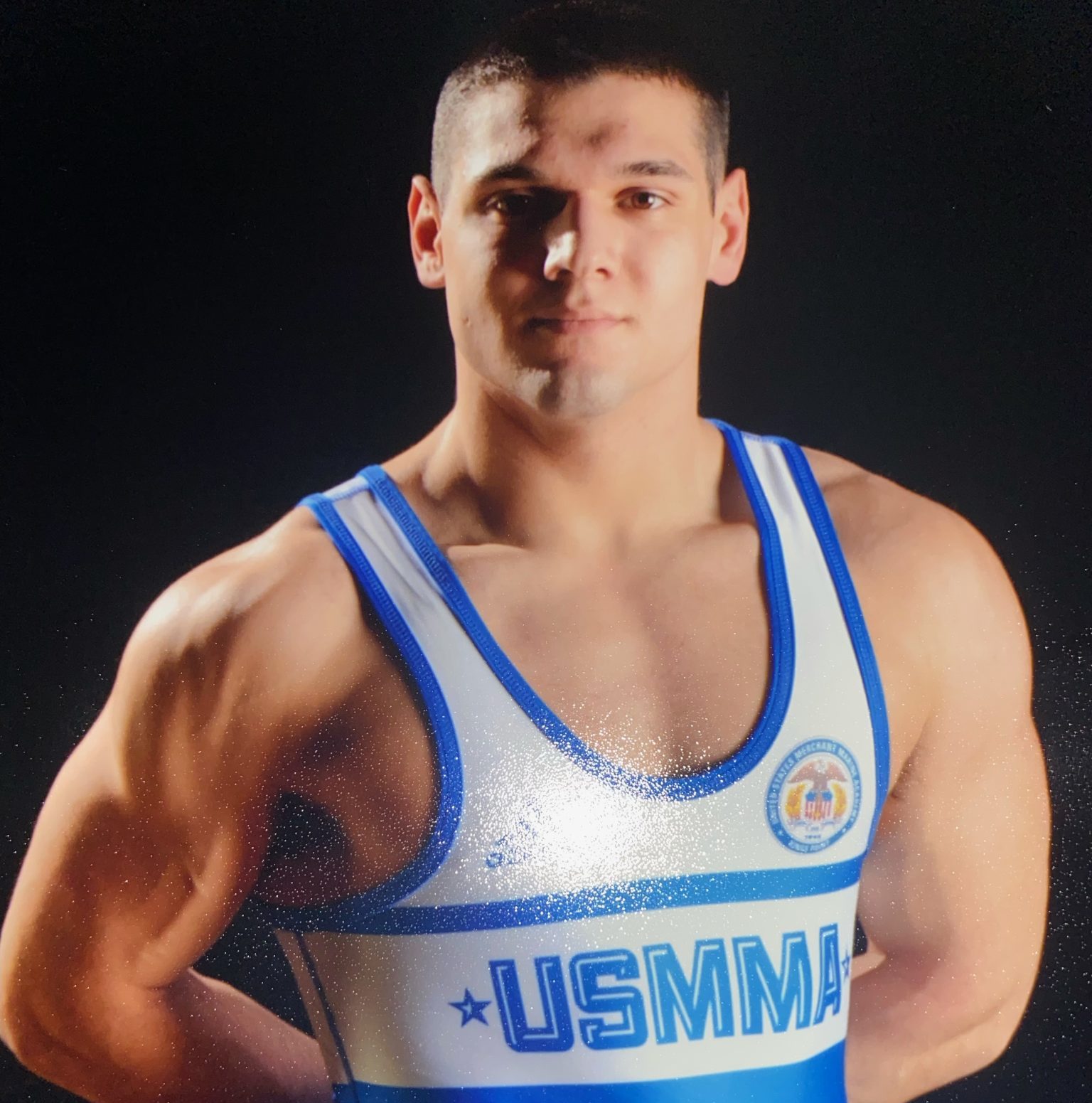 Nineteen-year-old Joseph "Joe" Wiley was born in Los Angeles and grew up here in Hingham, relocating to the South Shore in his early childhood. The youngest of four, Joe grew up in a home on Prospect Street with his parents and three older sisters Emma, Lulu, and Harriet. He attended Hingham Public Schools, citing Mr. Forester and Mr. Caniff as two of his favorite teachers, and assumed leadership roles within several extracurricular activities.

Wiley would graduate as a member of Hingham High School's Class of 2021, going on to attend the United States Merchant Marine Academy (or USMMA) in Kings Point, New York; Joe is currently completing his first year of studies working towards his goal of becoming a naval officer.

Last week, Joe was nominated as a Human of Hingham for being an active and outstanding member of the community. We want to recognize him for the lasting impact he's left on many of his peers during his time at Hingham High School, as well as his contributions to the community. 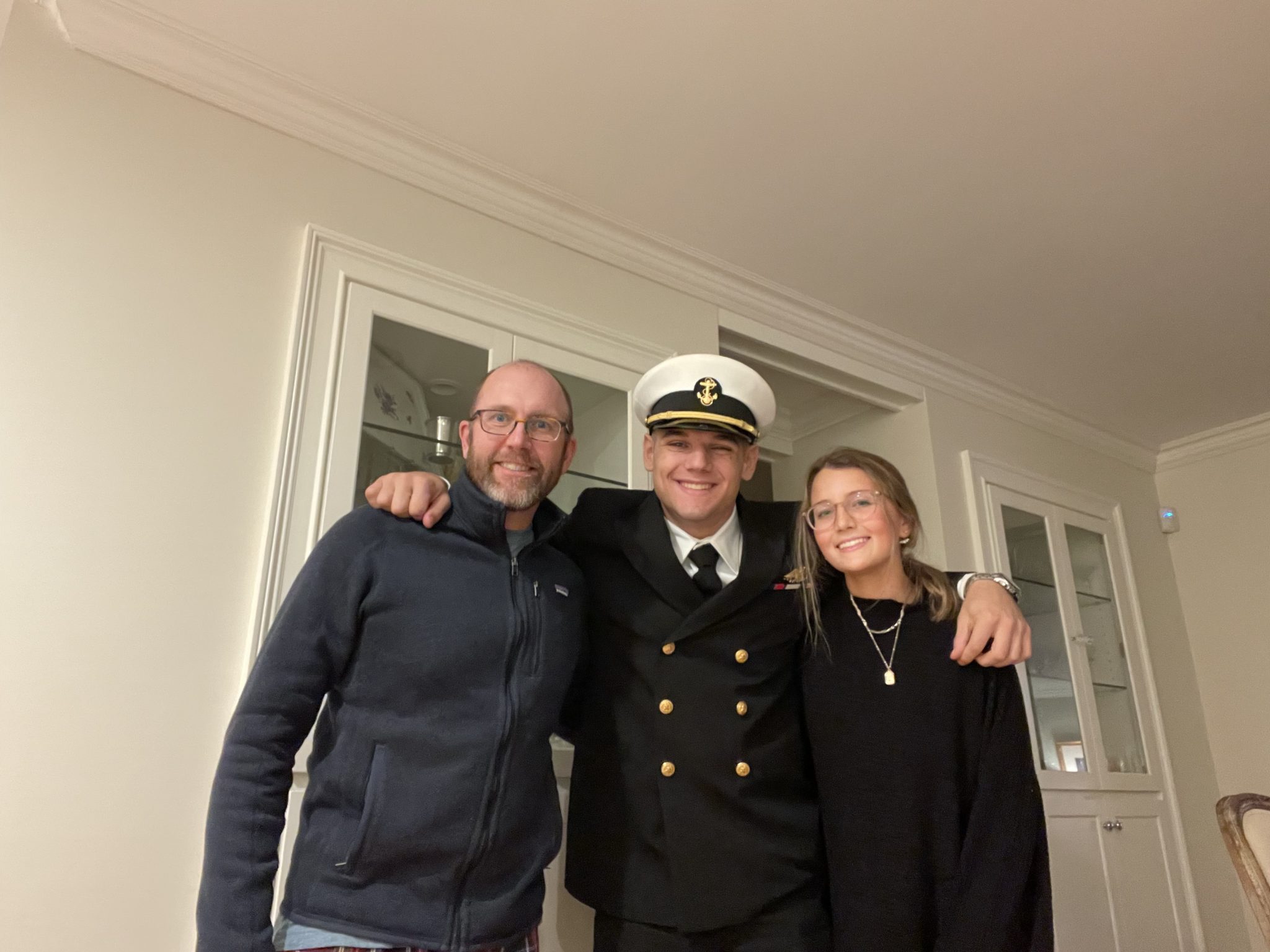 Wiley became captain of the wrestling team at the end of his junior year after spending two years in youth wrestling during sixth and seventh grade and returning to the sport his freshman year of high school. When asked about the responsibilities of captainship, Wiley says, "Keeping the wrestlers accountable." Then he pauses. "Though that didn't require much, because it's the type of atmosphere where you lead by example."

Knowing he wanted to "go active" in the future, as he puts it, Joe became involved with the Veterans Appreciation Club as a means of giving back. Before speaking to his own experiences, Wiley stops to credit the current club's leadership and champion its successes before saying, "We did a lot! In my time as President, I was told we raised the most money to-date, and so we did a lot of fundraisers. We held food drives, we made merch. We volunteered for the elderly, raked yards for veterans away from home, and some kids, including myself, worked with Senior Chief Petty Office Keith Jermyn to volunteer for Hingham residents who served."

United States Navy Senior Chief Petty Officer Jermyn is the appointed Director of Veterans' Services for the Town of Hingham, and he helped connect club members with local veterans. Joe was paired with Hingham resident Tim Bailey, for whom he would complete assisting tasks like garbage disposal or grocery shopping. "It was both fun and rewarding," Wiley says.

Despite the pandemic impacting many aspects of Wiley's high school experience, he says one aspect that actually benefited was Veterans Club. "I know it doesn't make sense, but because there were a lot more people who needed help, there were a lot more volunteer opportunities to identify and we were able to respond faster than ever. Still, we couldn't think in the same conventional sense that we had in years previous."

To avoid congregations of people, club members made an email list and organized a drive thru tee shirt giveaway at Town Hall. "It did tremendously well," Joe says. "Despite the challenges of getting those tee shirts made with COVID shutdowns, it was all worth it." 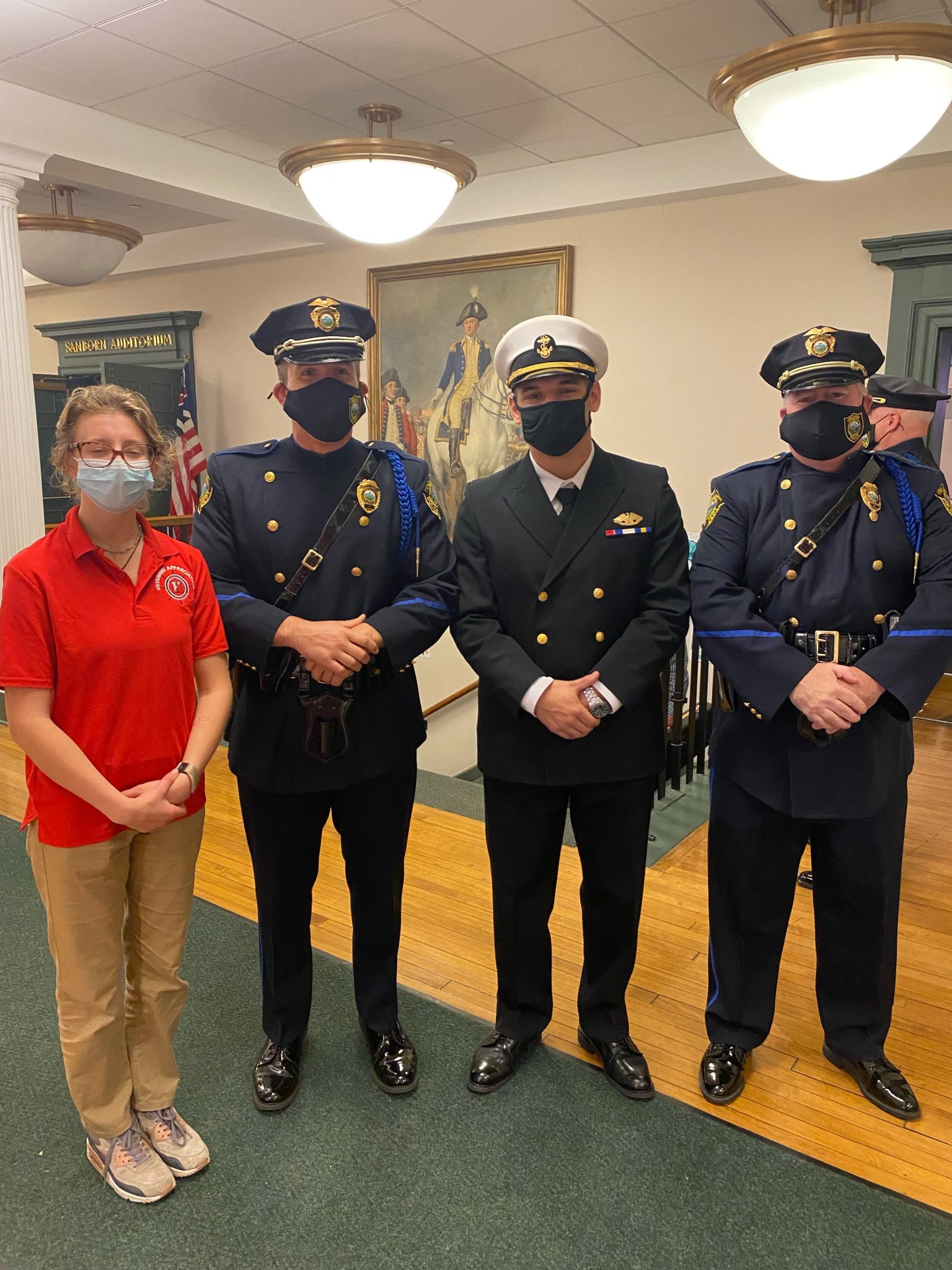 Today, Wiley attends the Merchant Marine Academy. He acknowledges that his college experience differs considerably from his hometown friends', joking that "they're playing frisbee and [he's] got marching drills" and saying, "The best way I can describe it is, you're surrounded by men and women who dedicate themselves to pushing themselves in every capacity. That's the kind of atmosphere we're living in."

He cites stress and the troubles of accountability at the negatives, likening them to "growing pains," but praises the positives, explaining how it fosters leadership and necessitates progress. "If you hear me complaining about waking up early, that's fine–that's not a real complaint. A real complaint would be, 'I don't feel like I'm getting better.'

"It's awesome. I love it," Wiley surmises. "I didn't come here because it's easy." 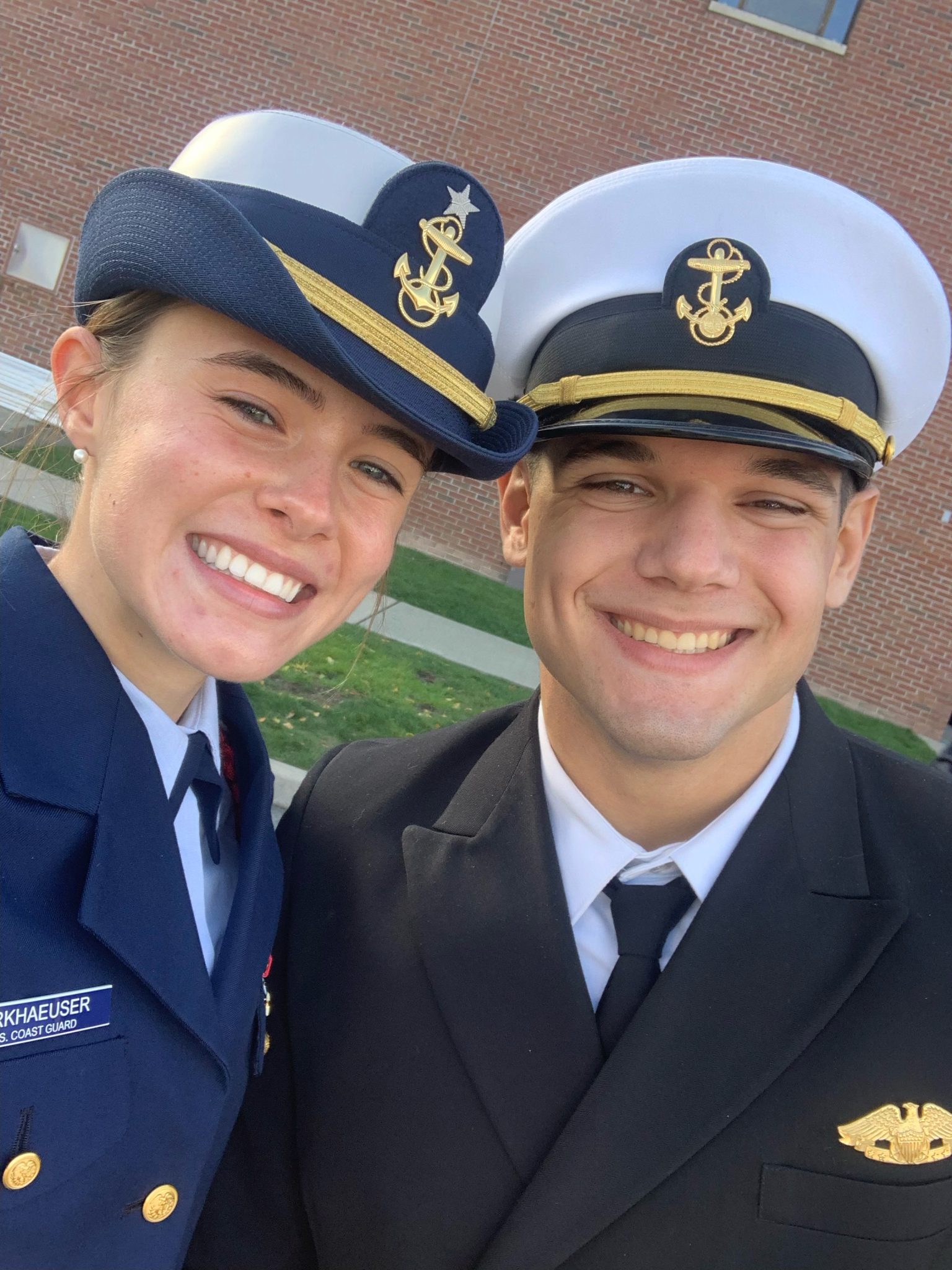 Joe is also currently working towards being a certified Victim Advocate. He explains this as "someone in the service that allows victims of sexual assault or human rights violations receive the proper assistance they need to deal with their trauma, emotionally and legally." The certification requires 40 hours of online courses in addition to 2 in-person training sessions. Joe should be certified next year, following one final interview with the Superintendent of the Merchant Marine Academy.

First-year students at the Academy are not usually allowed to participate in training to become a Victim Advocate: "I had to fight for it very hard, so I'm the only 'freshman,' or pleb, doing it. But I have three wonderful sisters." This insight to the experience and perspective of women, the "fear on a day-to-day basis," was what made Wiley want to act. "This was the best course of action."

On his rare days off or in his spare downtime, Joe says he likes to rest, relax, and watch a movie; his hobbies include exercising, playing guitar, and reading. And when he comes home, he makes sure to take a trip to Stars on Hingham Harbor for some familiar fare. In fact, his favorite place around town is the Harbor: "I've spent my entire life going there, swimming there. I remember countless hours of me and my friends parked there, just watching the sunset." 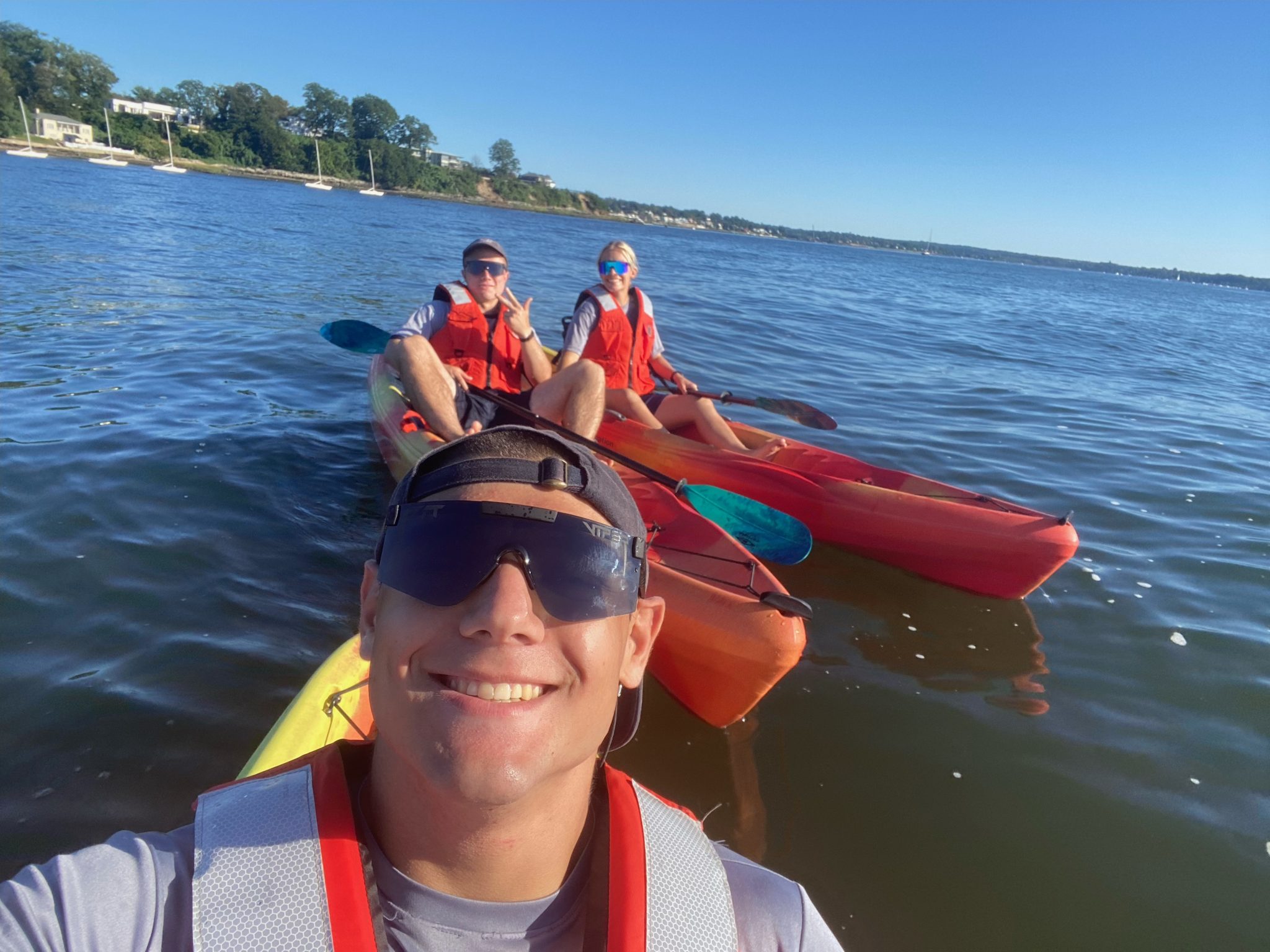 When asked about his post-graduation career goals, Joe is quick to answer: "Right now, my eyes are set on maintaining a career in active service for the Marine Corps." As for what he's looking forward to in the next year, he says, "Going out to sea. That's the highlight of the school. They said we can see as many as 20 countries by the time we graduate." Wiley is most looking forward to exploring the islands of the Southeast China Sea.

He ends our interview by saying, "I'm continuing to put myself out there, out of my comfort zone, to be better prepared for joining the armed services. I'll be a prepared leader. I'll be doing everyone in Hingham proud."

We'd say he already has!