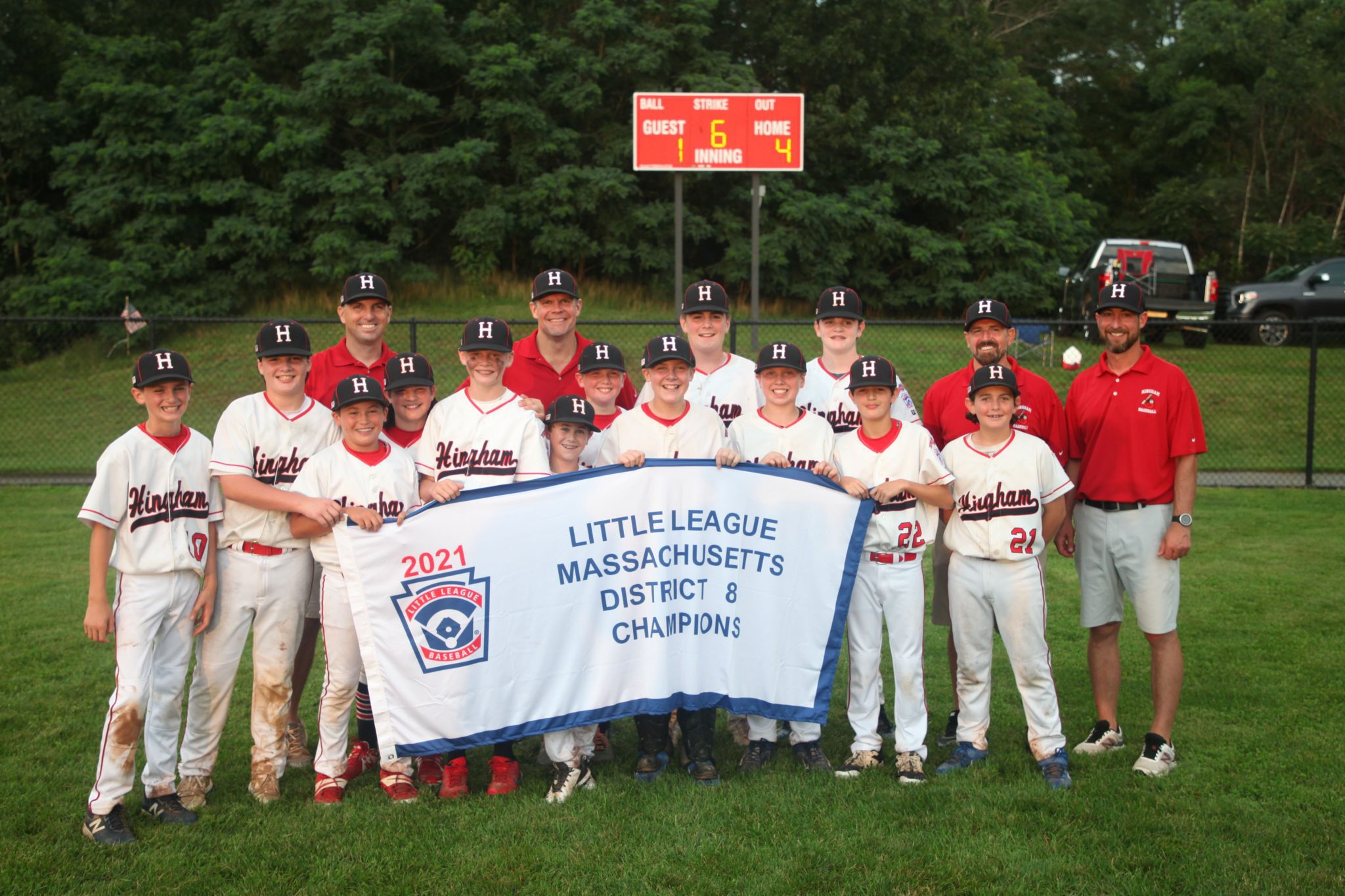 History was made Friday night as Hingham Little League’s 12U Williamsport team won the league’s first ever District title.  Not rain, thunder, or two lightning delays was going to stop the these boys’ amazing run the last few weeks.  They are now 7-0 and have outscored their opponents 59-5.

Last night’s win was no different than their previous six - five innings of outstanding pitching by Dan Nichols, timely hits, aggressive base running, and shutdown defense is their winning formula.  The 4-1 win earns them a spot in the Section 2 round robin play against the District 5, 6, and 7 winners next Tuesday, Wednesday, and Thursday.  Location of these games are TBD.

“It feels great,” says Head Coach Chris Taylor.  “These boys earned every bit of it.  They won this game like they’ve won every game, just like they’ve attached every practice, which is as a team, one unit. No one more important than another.  That’s not only good for them in the game of baseball, but it’s a good lesson for them to learn for the rest of their lives.”

Hingham will not only represent the town, but the district, as one of only 16 teams remaining in the state.

“We’re proud to do it,” Taylor says of representing Hingham.  “These boys earned it and they deserve it.  That was a very good Hanover team we beat and we’ve had very good competition this year, but I will say we see ourselves as pioneers.  We think there are a lot great players in Hingham in the years to come and this program is only getting better and better everyday and simply we are the first ones to do it, we won’t be the last.”

Hingham Little League has always been a successful program, but this win can take it to the next level.  With 700 kids consistently playing every year, HLL President Jonathan Cignetti reflects on what it means for the program now and in the future.

“It means everything and not just for players currently in the program, but for all the players that kind of got it here,” Cignetti tells the Anchor. “It was the 12 year olds last year, it was the 12 year olds before that.  It’s really been a building process over the last five years.  These kids deserve it. They’ve put in a lot of hard work.  A lot of them are playing little league, AAU, and obviously summer baseball getting better on their own.  There are no selfish players on this team and they are coached extremely well.  It means everything to the program.  We have never won a district championship ever, at any age level.”

The program is the only one in District 8 with growing numbers.  In a town where baseball is not always the first, or even second choice for youth sports, the success of this team will be felt for years to come.

“There’s a lot of momentum in the program and when you win a District Championship, it’s the icing on the cake,” Cignetti adds. “I’m sure it’s going to get more families and more kids excited about the game.”

The boys will now face the best of best in the state.  Their next opponents include Taunton and Middleboro, two baseball centric towns.  Coach Taylor believes they are up to the task.

“These boys have played under a lot of pressure and a lot of expectations from the beginning of the year,” Taylor says.  “I’m just so proud they way they have addressed every pitch.  We talked about the little things and battling everyday.  Just one pitch at a time and these boys do it.  And I’m so proud of them and I’m so proud to be there coach.” 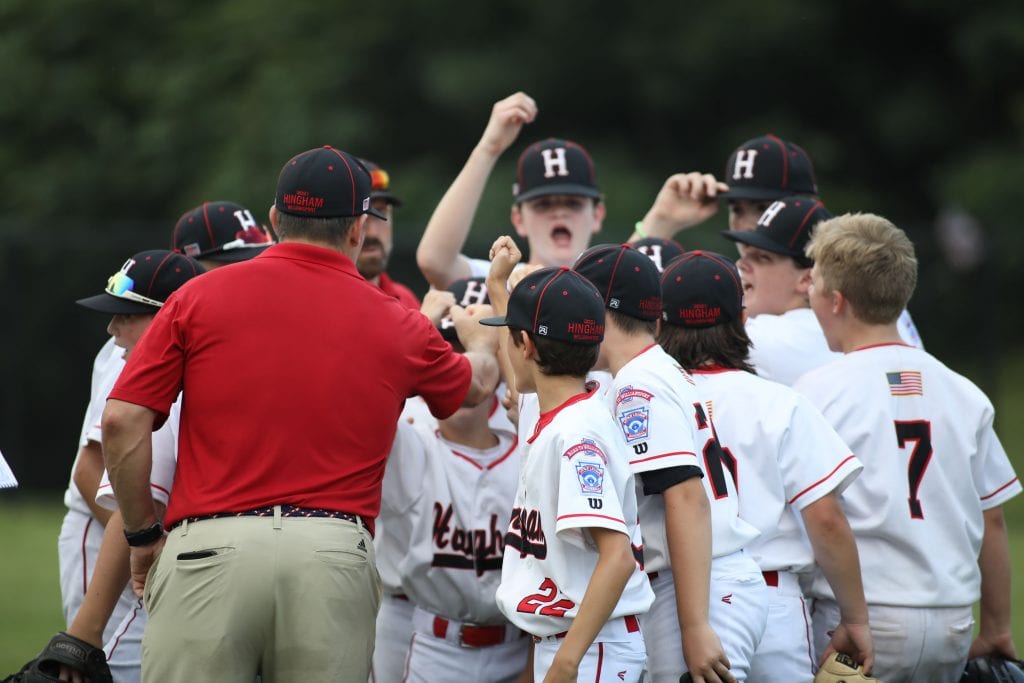 The boys get ready to faceoff against Hanover in the finals. 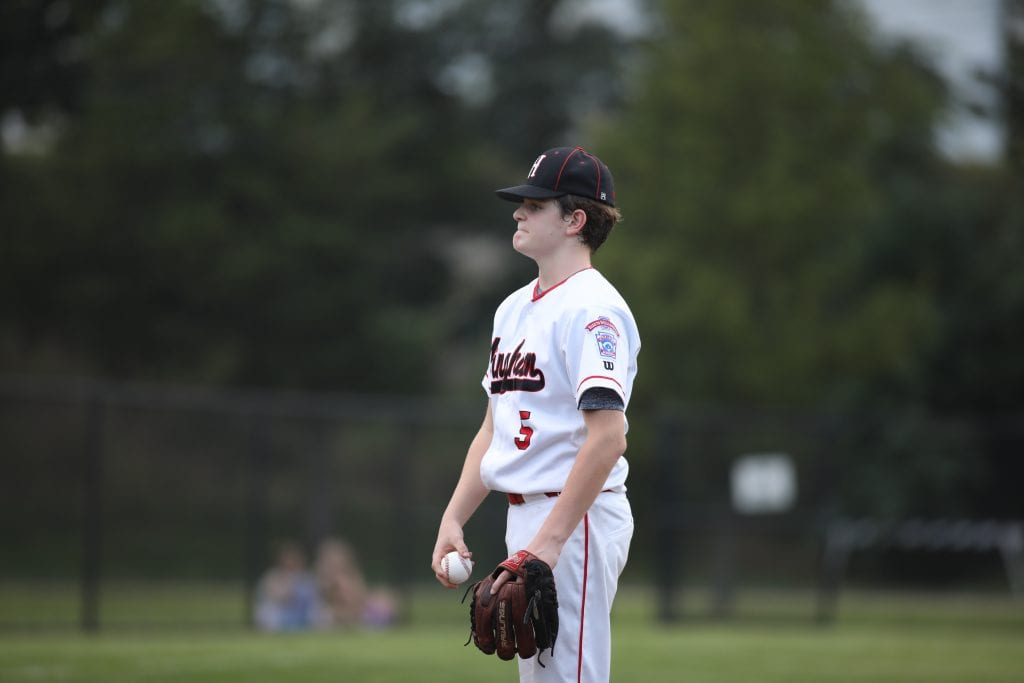 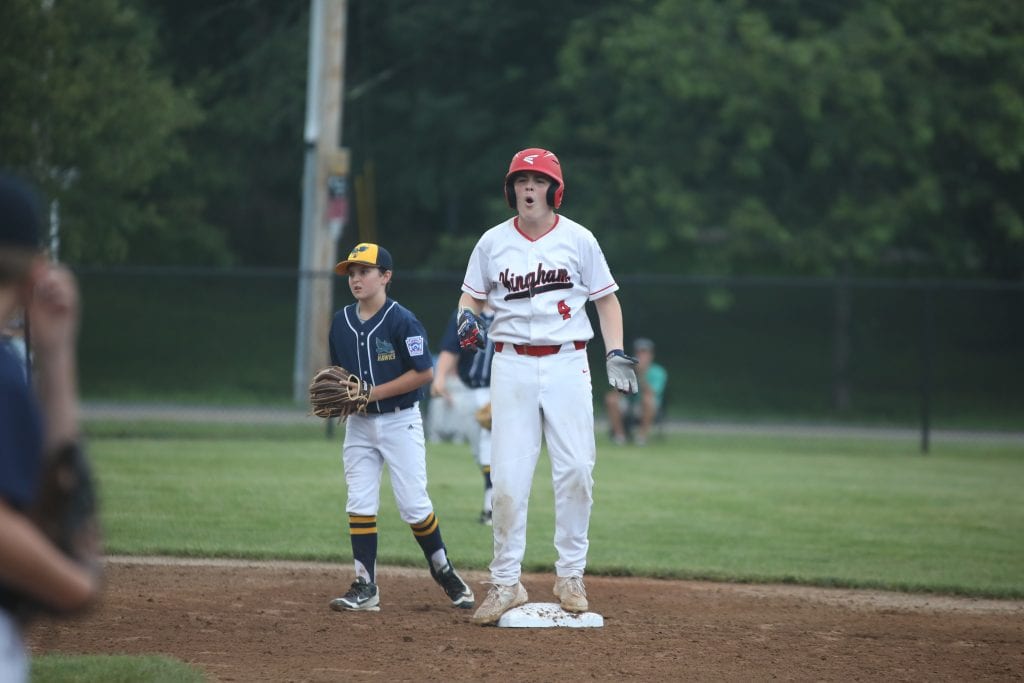 Rudy Preziosi celebrates his first double of the game. 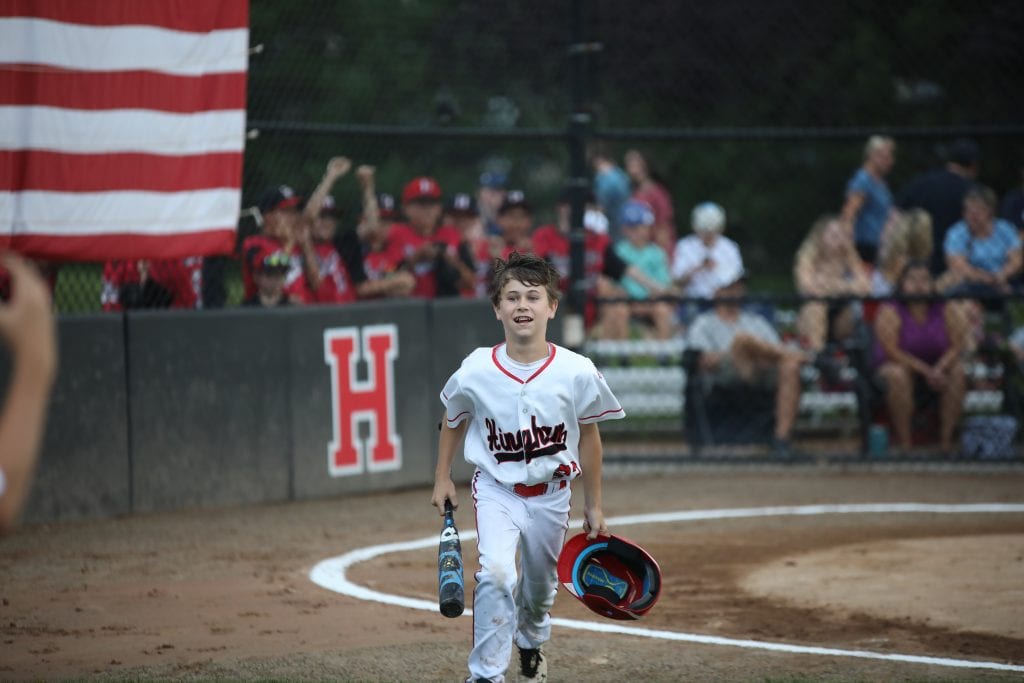 Matthew Volpe crosses the plate for the first run of the game. 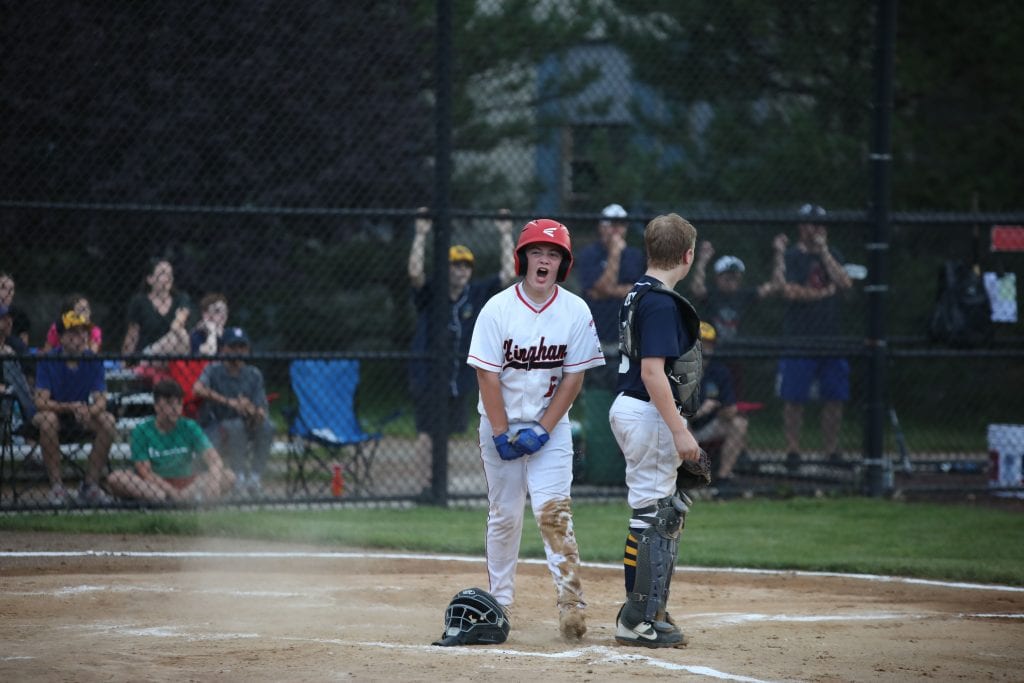 Thomas Sullivan celebrates as he crosses the plate. 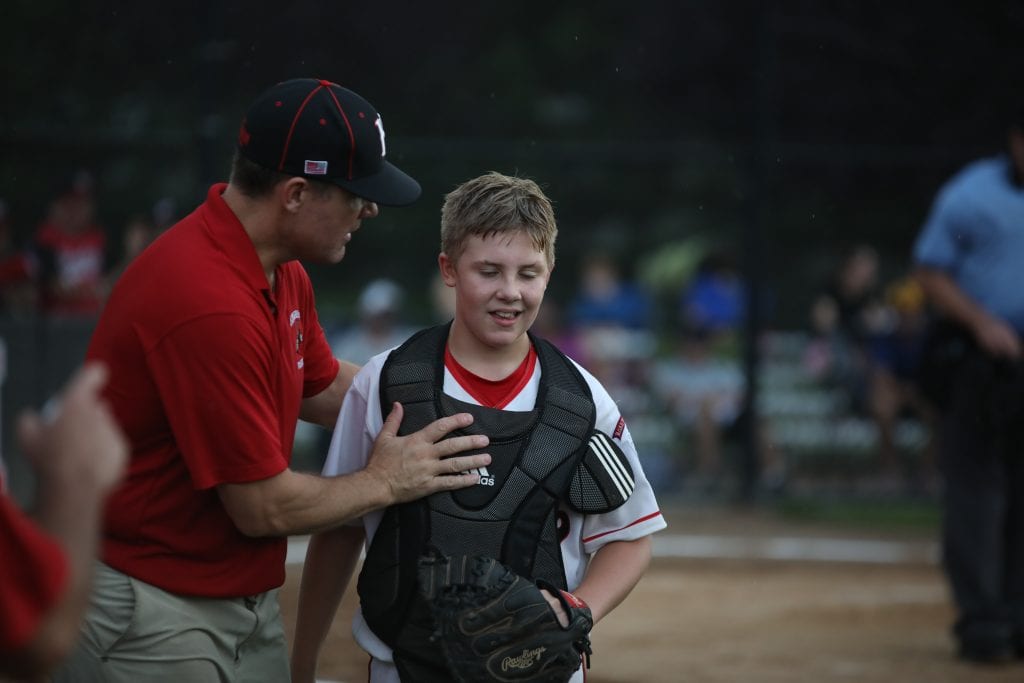 CJ Taylor gets a few words of advice from his father, Coach Taylor. 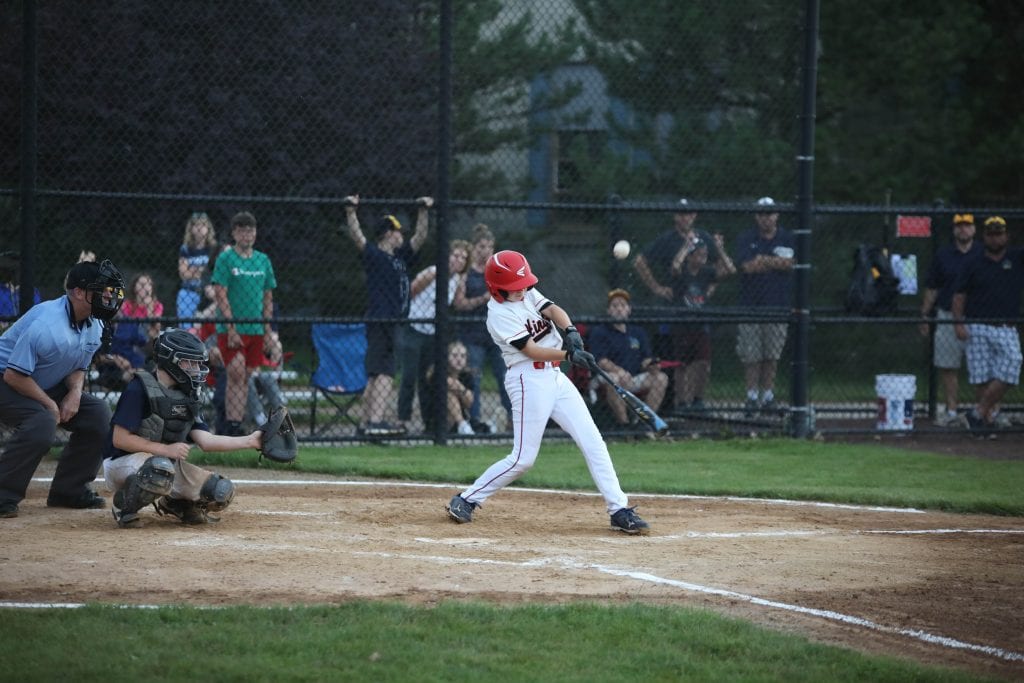 Michael Blanchard with a base hit. 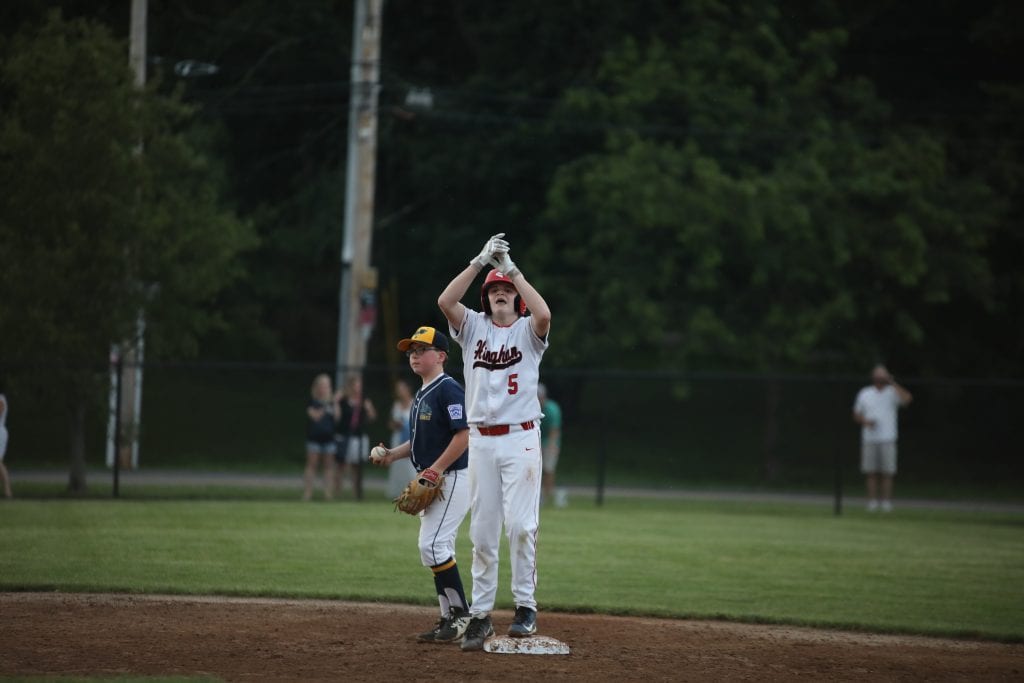 Dan Nichols also got it done at the plate with a double of his own. 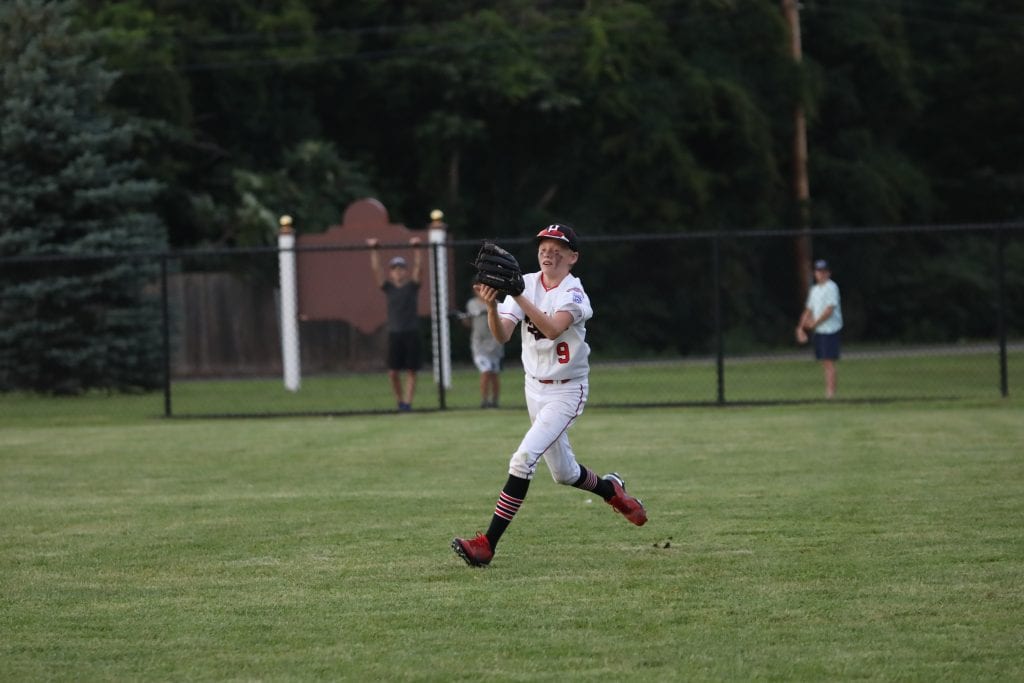 Will Jones with one of catches in right field. 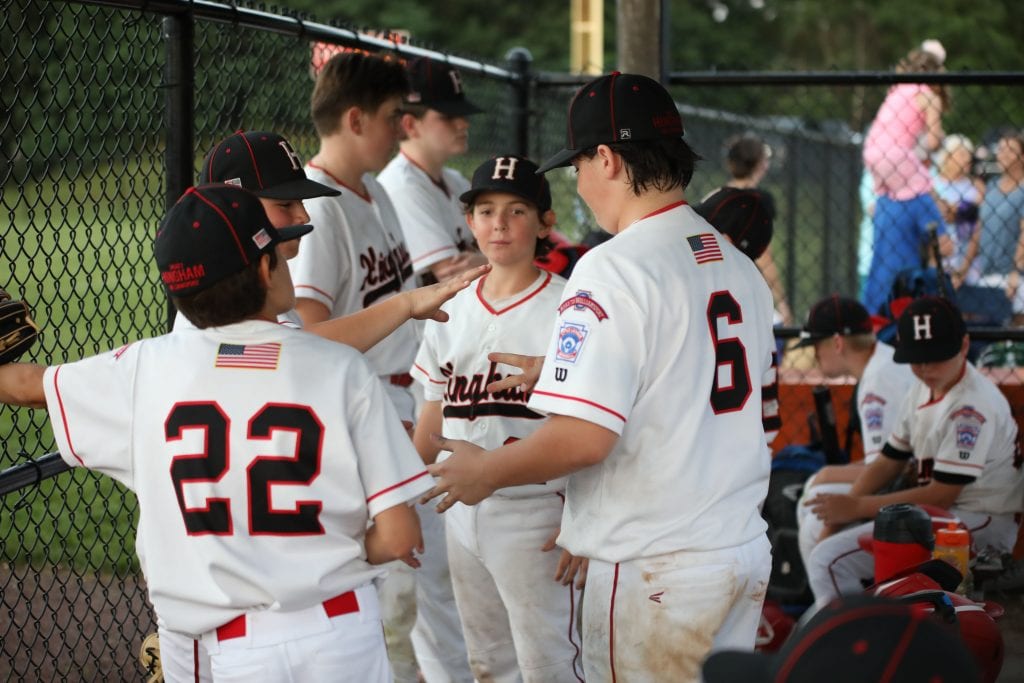 A little rock, paper, scissors during the lightning delay. 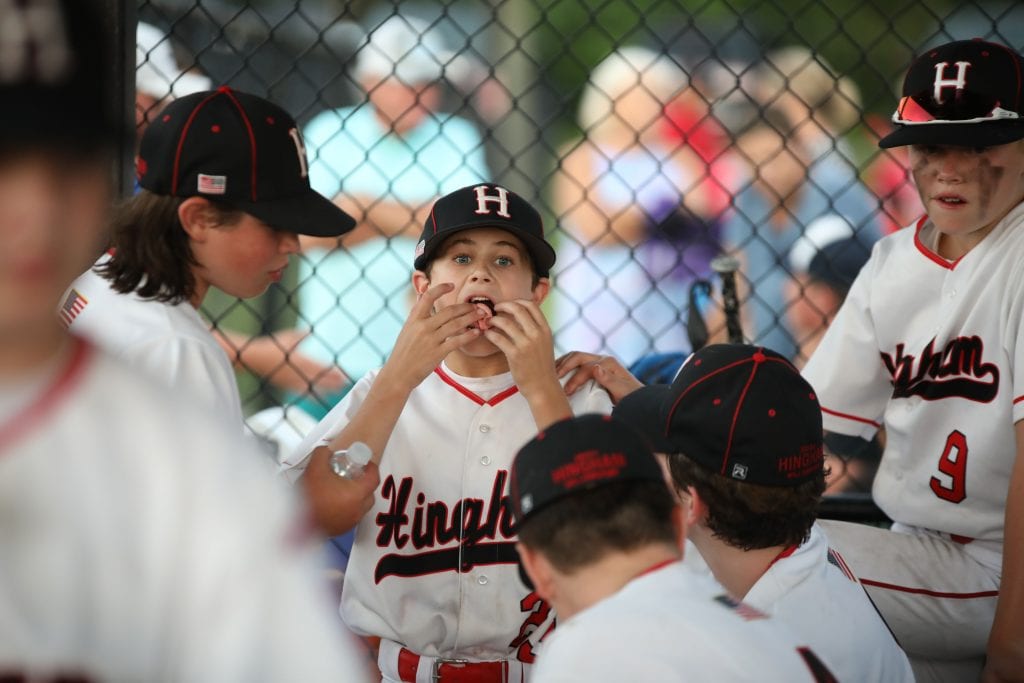 Can't have too much gum during a ball game. 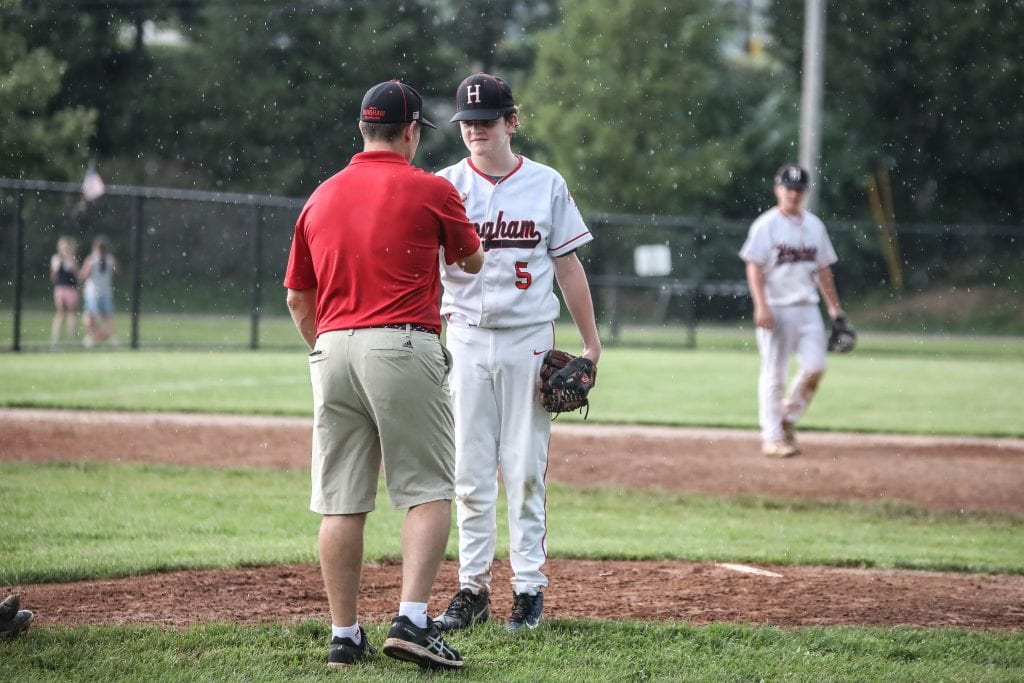 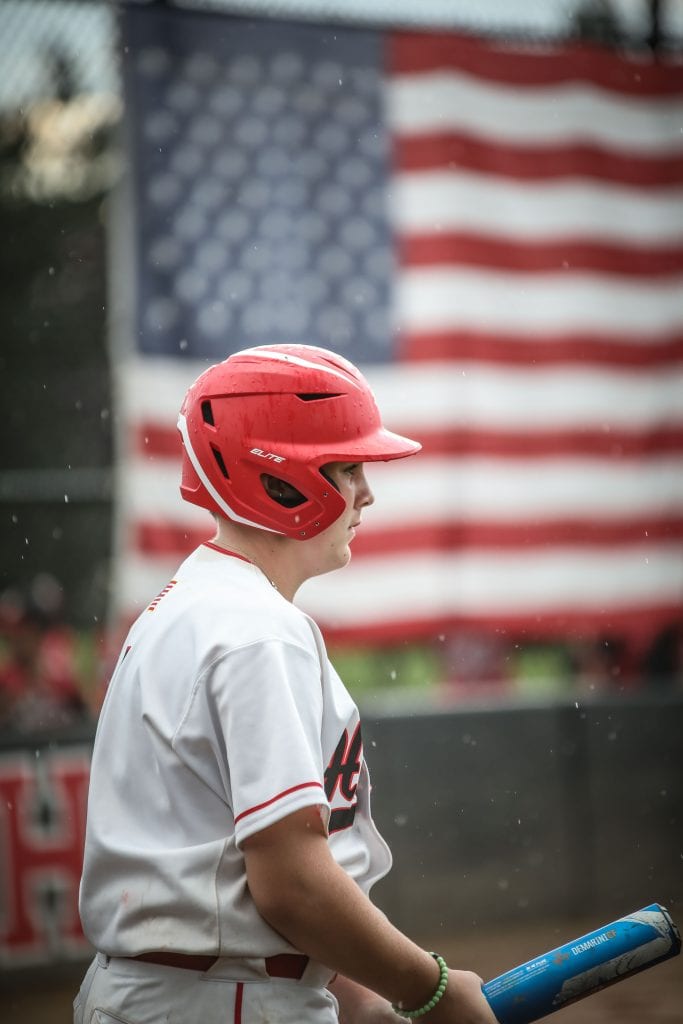 Rudy Preziosi waiting in the on deck circle. 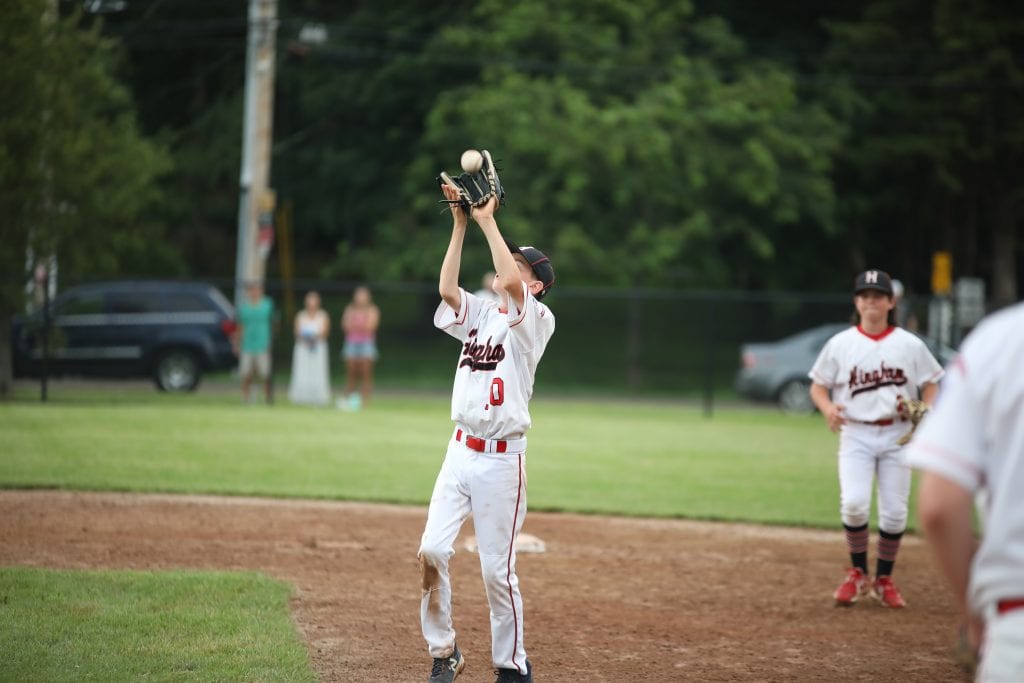 Jack Serafini with the out at second. 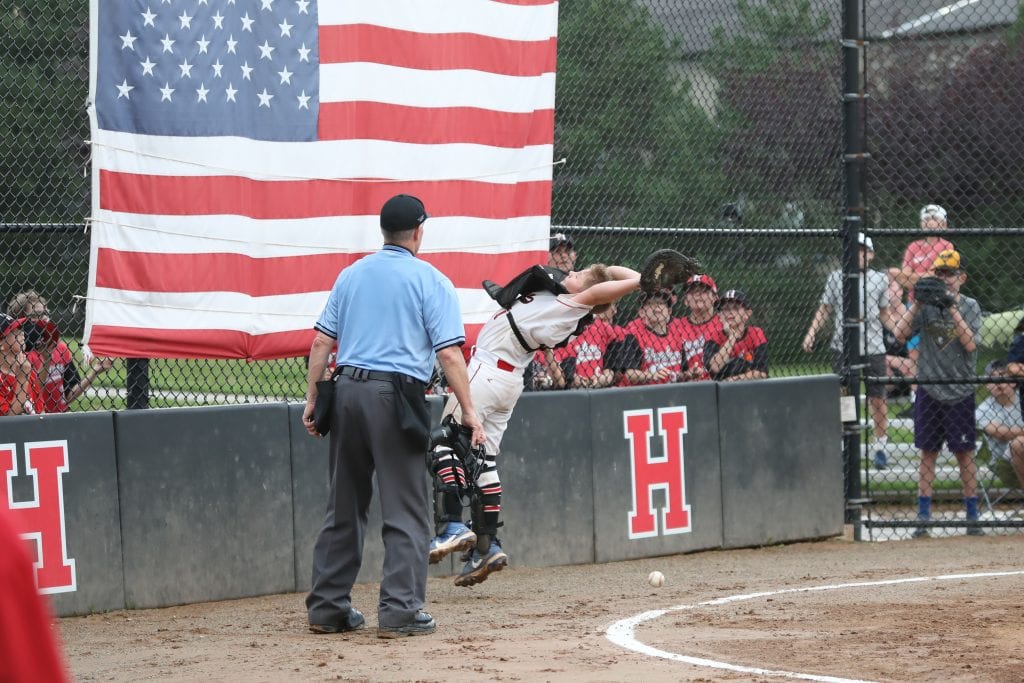 CJ Taylor almost makes the last out of the game with this attempt at a foul ball. 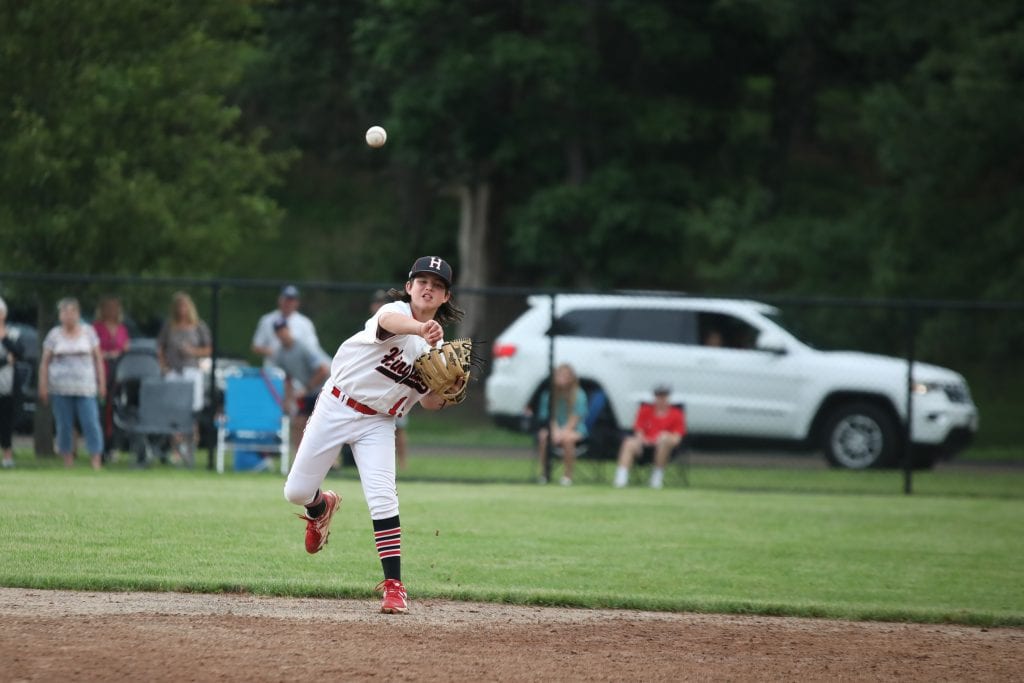 Brendan McCarthy with the throw over to first for the last out of the game. 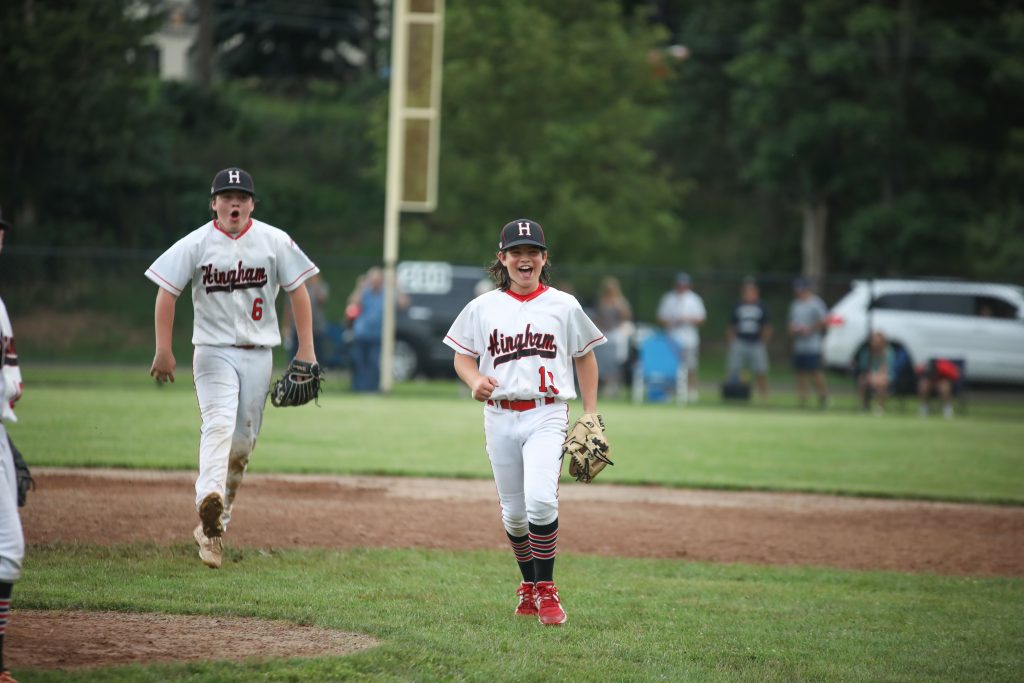 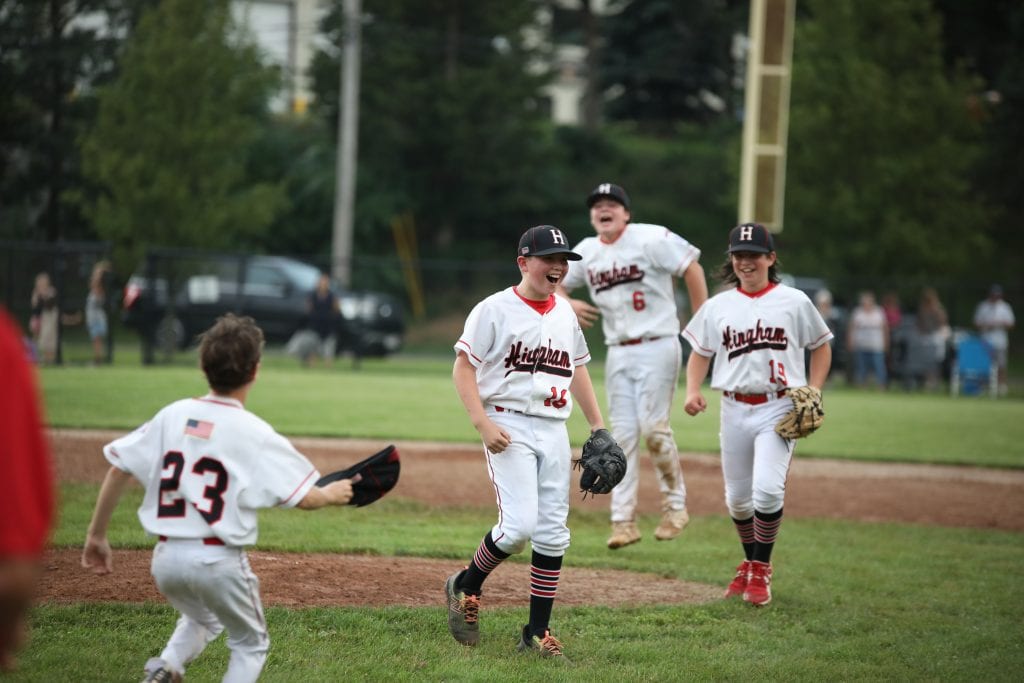 Reliever Grayson Bohane welcomes the rest of his team on the mound. 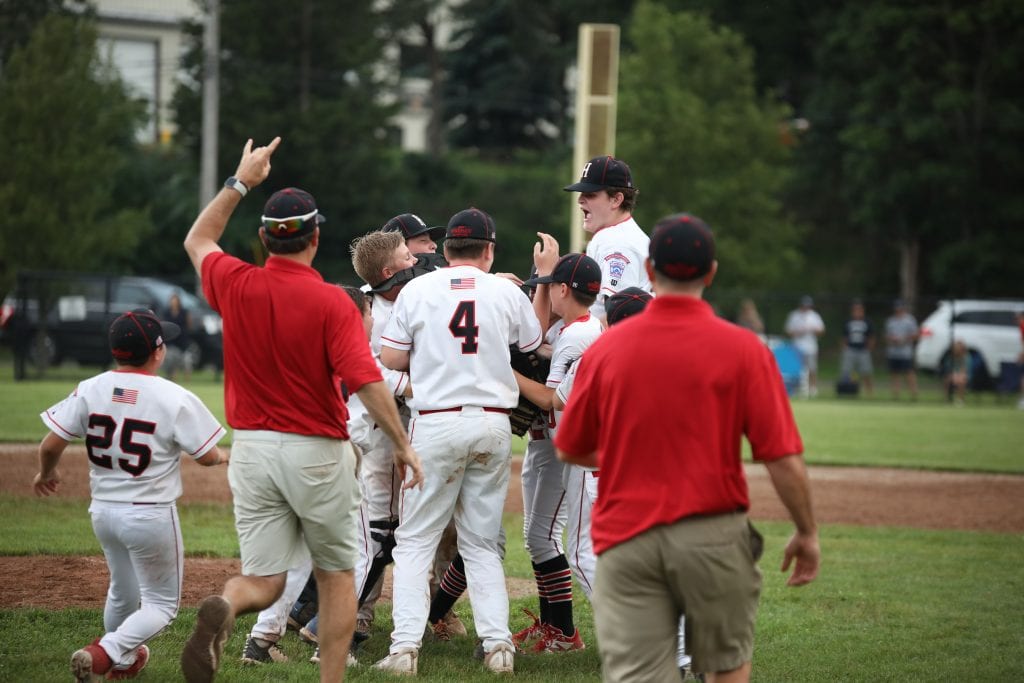 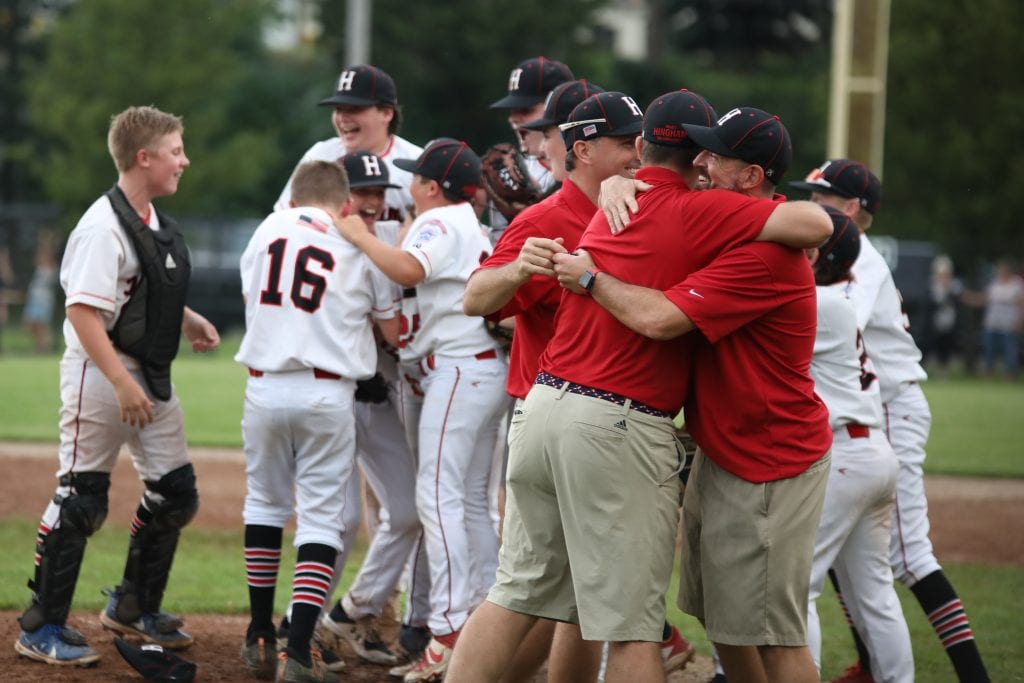 The coaches celebrate as well. 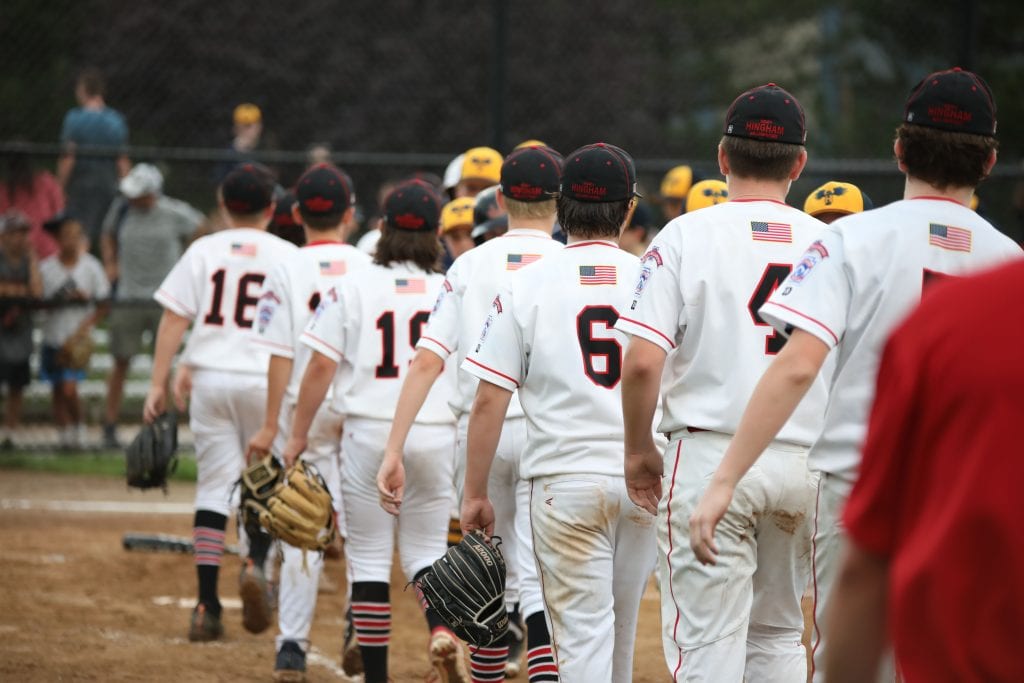 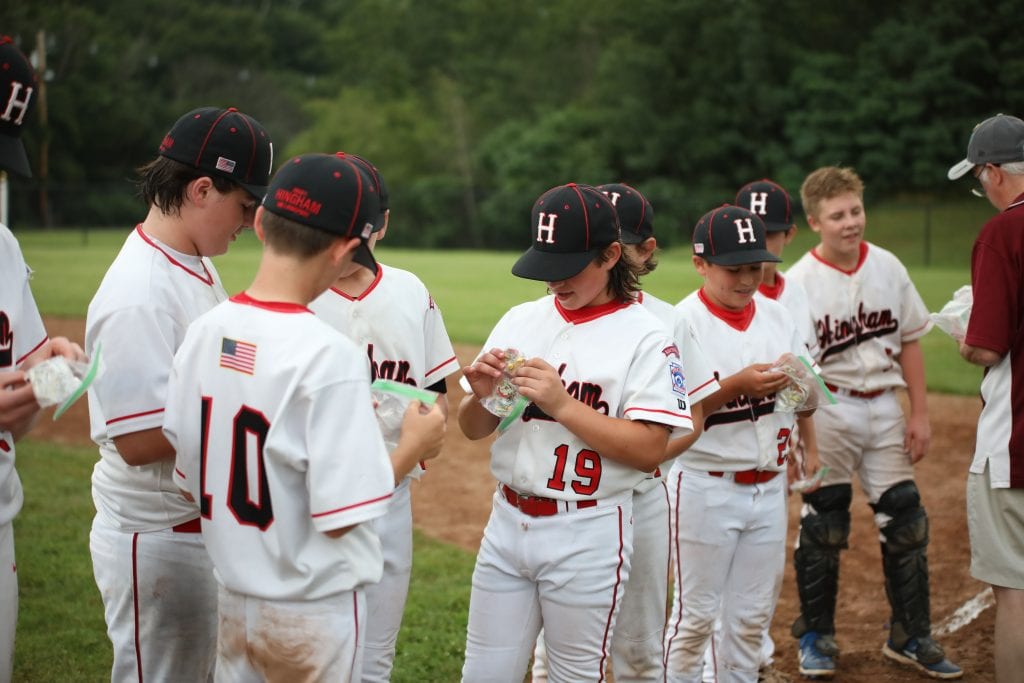 The boys received pins from the league to trade as they move foward in the tournament. 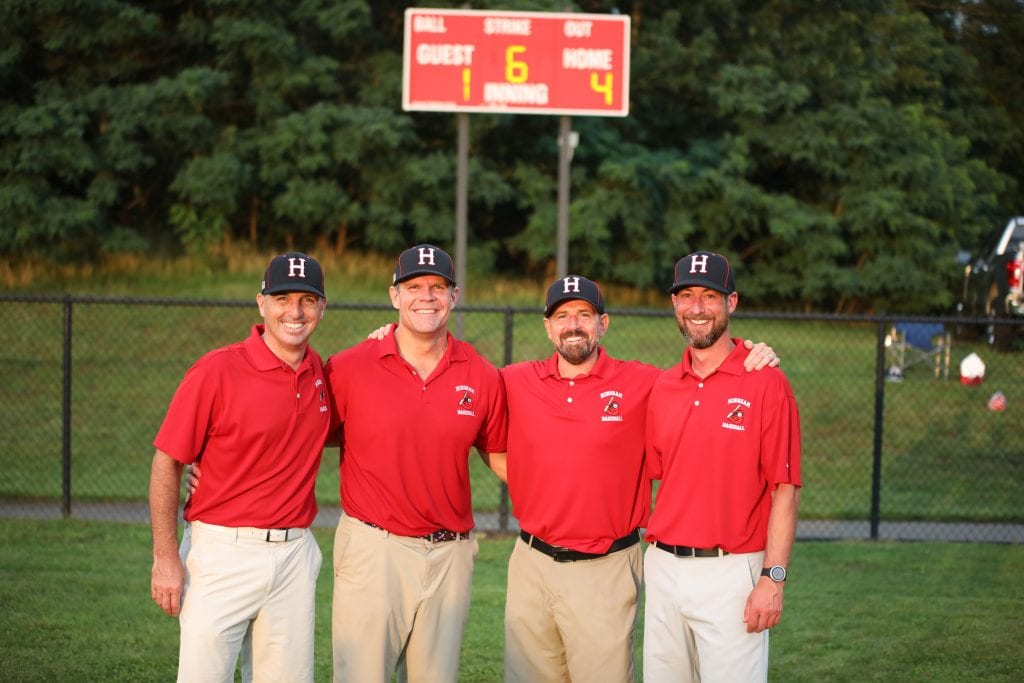