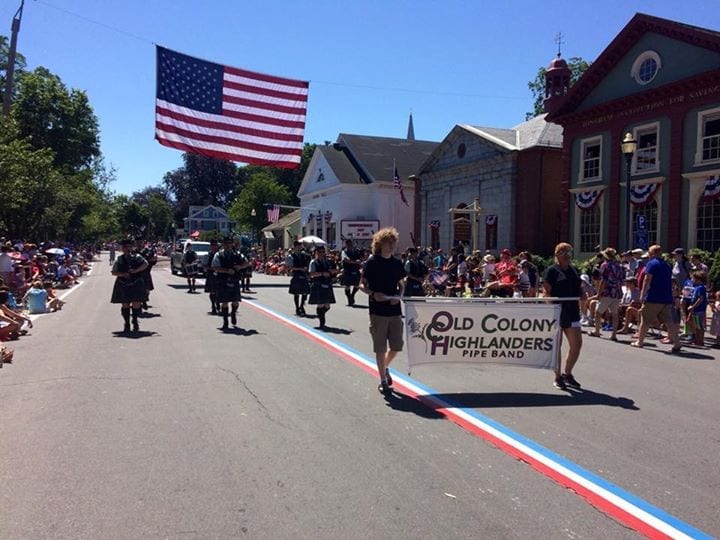 As always, Hingham will celebrate the Fourth of July in a big way this year, starting with the Hingham Rec Road Race leaving from the Middle School at 7 a.m.; the Lions Club pancake breakfast on Hingham Centre Common from 7 to 10 a.m.; and culminating in the parade, which will step out from Hingham High School promptly at 10 a.m., rain or shine. 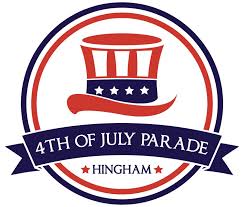 * 10 a.m. -- The Fourth of July Parade steps out from Hingham High School. (See hinghamjuly4th.org and facebook for full details and route.)

Upwards of 25,000 spectators line the parade route from Hingham Centre to the downtown area each year, many of them dressed in red, white, and blue, wearing parade buttons and waving flags.

Hingham's is one of the largest parades in Massachusetts. Many people who grew up or lived in Hingham at some point but who moved away return to town every year just to watch this hometown event. 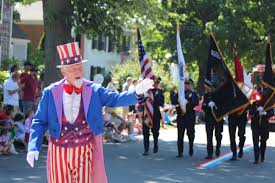 This will be lifetime Hingham resident George Ford's 12th year marching as Uncle Sam, and he's hoping to continue in that role at least until he hits the 20-year mark.

This year’s grand marshal will be Mary Ford, an honor for her longtime commitment to our community as editor of The Hingham Journal.  (Editors note: Carol Britton Meyer, who was also asked to be grand marshal for the parade after covering the town for 20 years for The Hingham Journal, said she appreciated the gesture but declined to accept the honor as she is now pursuing other journalist endeavors, including our very own Hingham Anchor as well as The Hull Times, and Harbor Media).

Lifelong resident Paul Healey looks forward to the parade and surrounding events every year. "The Fourth of July is my favorite holiday, and I really enjoy residents' display of patriotism throughout town and appreciate the great work our DPW does to mark the holiday," he said. "As a boy I was in the parade and have always tried to be in town for it."

For the past six years he walked the parade route as a selectman. "That was a most interesting experience," Healey said. "That being said, I look forward to waving to parade participants as they go by this year and hoisting a toast to them [from my own front yard]."

Mary Ann Blackmur, the 2018 Parade Grand Marshal and a Fourth of July Parade Committee member for more than a decade before she stepped down, said her family "LOVES" the Hingham parade.

"It's a family tradition of my husband's to be in Hingham for the Fourth of July," Blackmur said. "It's like Christmas for our family. Our son Caleb, who lives in Chicago, always comes home for the parade. Our family and friends gather together to celebrate our nation's birthday -- the Constitution of the United States is so important to us."

When she first joined the committee her focus was on getting more bands -- including drum and bugle corps -- into the parade lineup. "This was accomplished during the 375th Anniversary Parade, featuring the Seventh Regiment -- which still marches today -- along with the senior Boston Crusaders drum and bugle corps," Blackmur said. 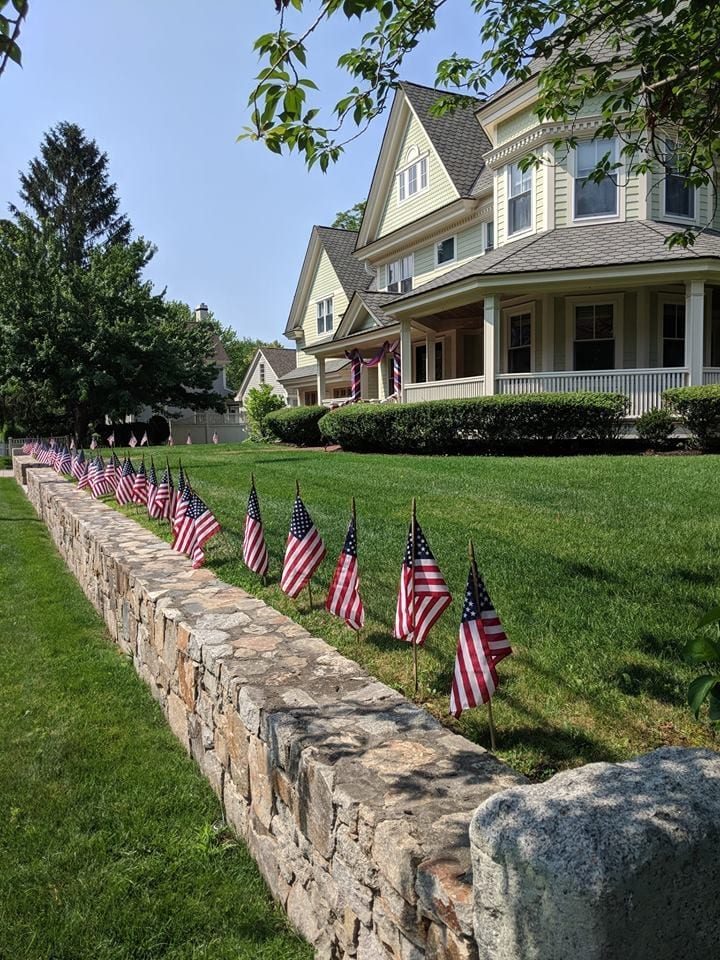 The Fourth of July Parade is funded exclusively through the generosity of corporate sponsors, the Selectmen’s Cup Golf Tournament, the 50 Flags Campaign, other fundraising activities, and registration fees.  All funds go to the parade, which costs about $40,000 a year. No tax money is used.

In addition to donations and sponsorships by residents and local businesses, proceeds from the sale of parade buttons by Hingham businesses and other locations is a major fundraiser. The Hingham Rotary Club plays a key role in selling the buttons, both before the event and along the parade route.

Tom Hoffman joined the Parade Committee after he was named grand marshal for a previous parade. "My entire family enjoys the parade -- it's one of Hingham's major offerings -- and this was a way to give back to the community," said Hoffman, who is still a Parade Committee member.

For more information about this year's Fourth of July celebration, including the parade history route, parking restrictions, and detours or to make a donation, visit hinghamjuly4th.org or email [email protected].