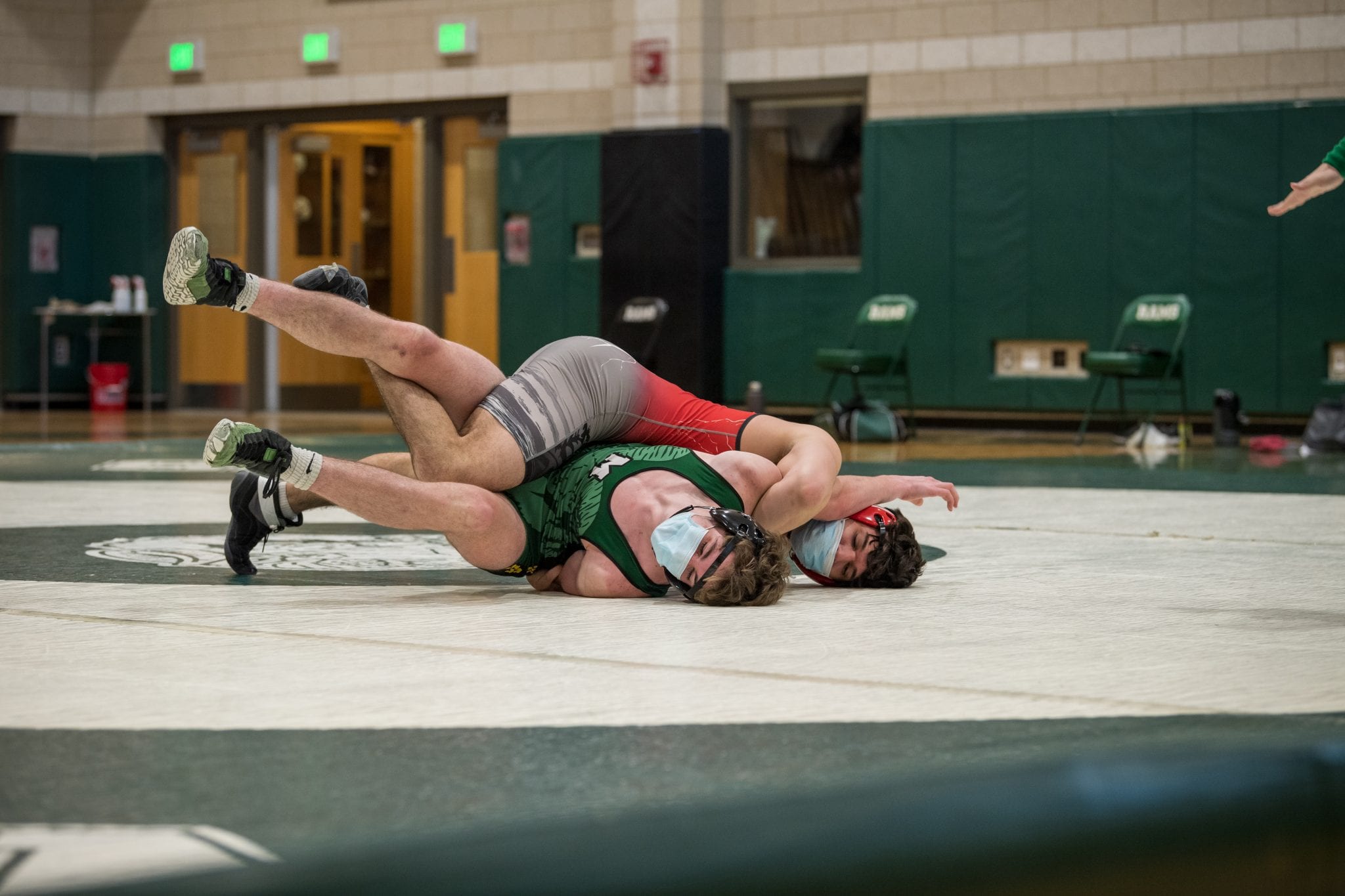 May 13, 2021 - Submitted by Hingham Wrestling, photos by Fotique

Hingham wrestling was back in full force after an anxious year of uncertainty!

The numbers on the teams were down but the spirits were high as Hingham beat Marshfield 36-21 in the first wrestling meet of the season on Wednesday May 12 in the season opener at Marshfield. Hingham had a pin, in the first round, by Dylan Kadish 120, the newest freshman to the Varsity Line up.  Team Captain Aiden Conroy was a serious force also winning with a pin in the 1st Period after a hard takedown.

"It feels good to get back on the mat after so much time off," say head coach Paul Canniff. "We're happy to have a season.  The kids seem excited to be wrestling again.  We need to continue to work as hard as we can during practices and competitions."

Sadly due to numbers,  many weight classes had to forfeit but both teams wrestled on the rest of the evening showing true dedication and outstanding sportsmanship with some bonus and JV rounds.

Next match is Friday in Cohasset. 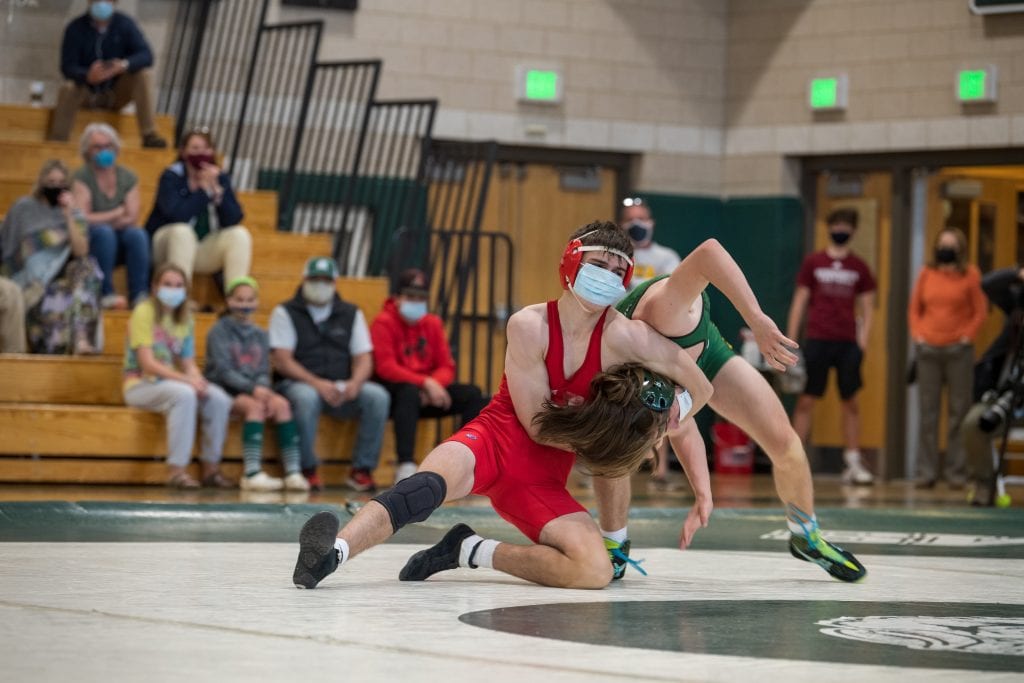 Sophomore Jack Kelleher (138) takes down his opponent. (Photo by Fotique.) 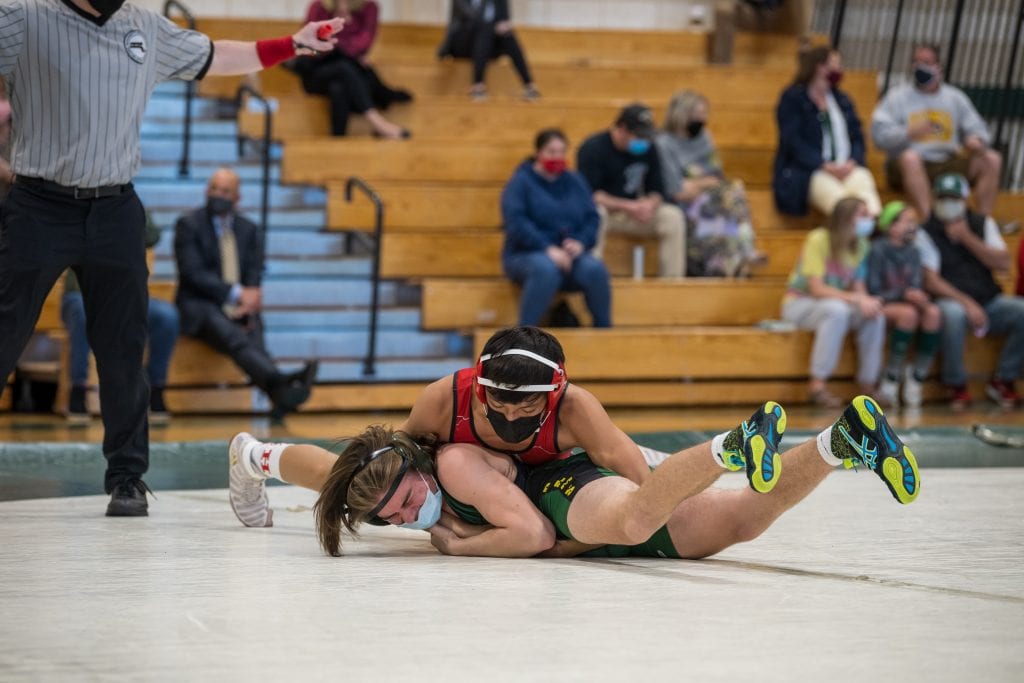 Sophomore Tyler Kadish (126) wraps up his opponent. (Photo by Fotique.) 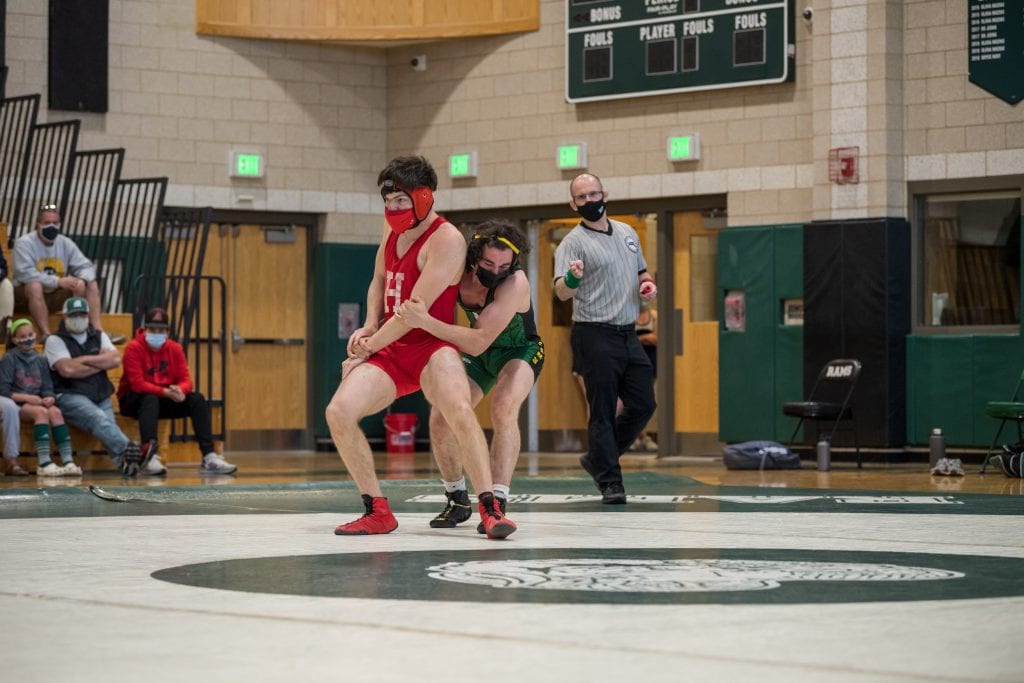 Junior Aidan Parker (170) attempts to break free during his match. (Photo by Fotique.) 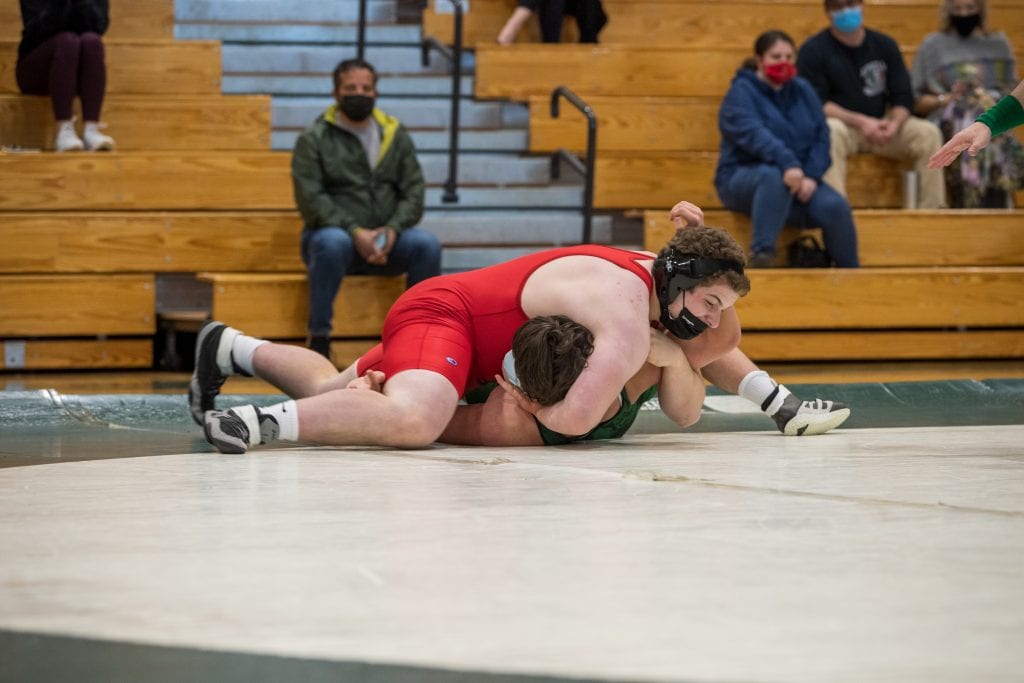 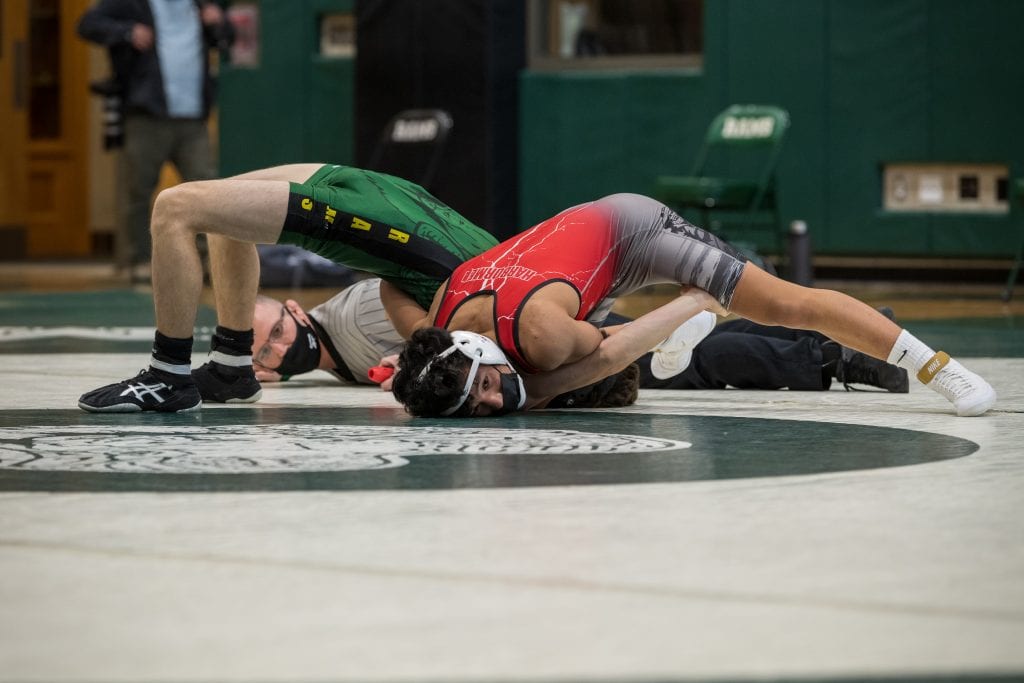 Fresham Dylan Kadish with a pin in his first varsity match. (Photo by Fotique.) 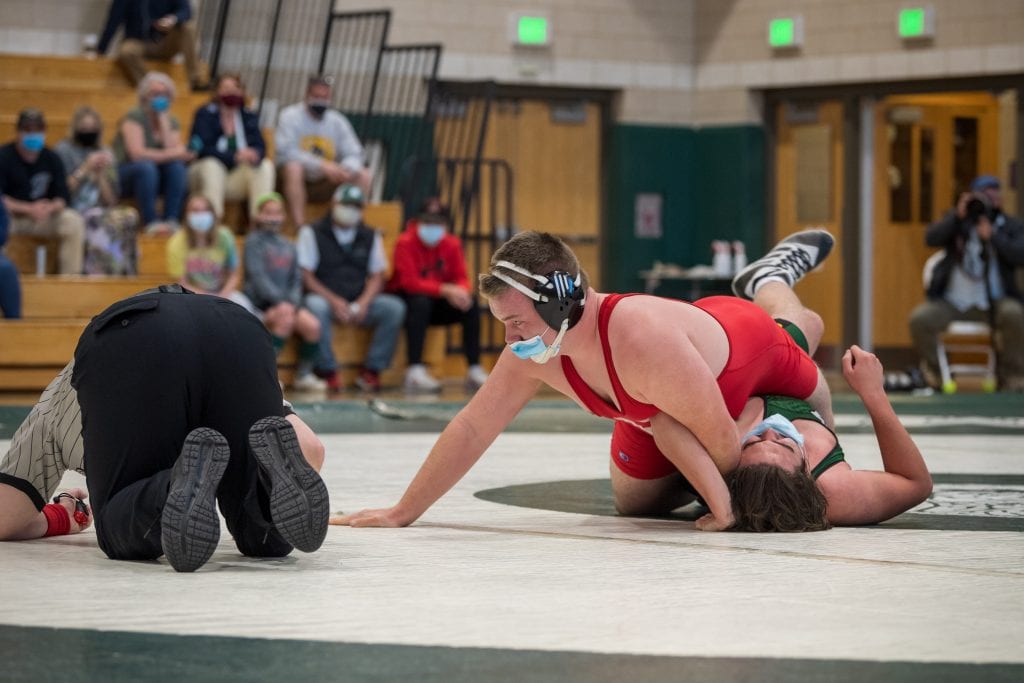 Captain Aiden Conroy with a pin in the first round. (Photo by Fotique).