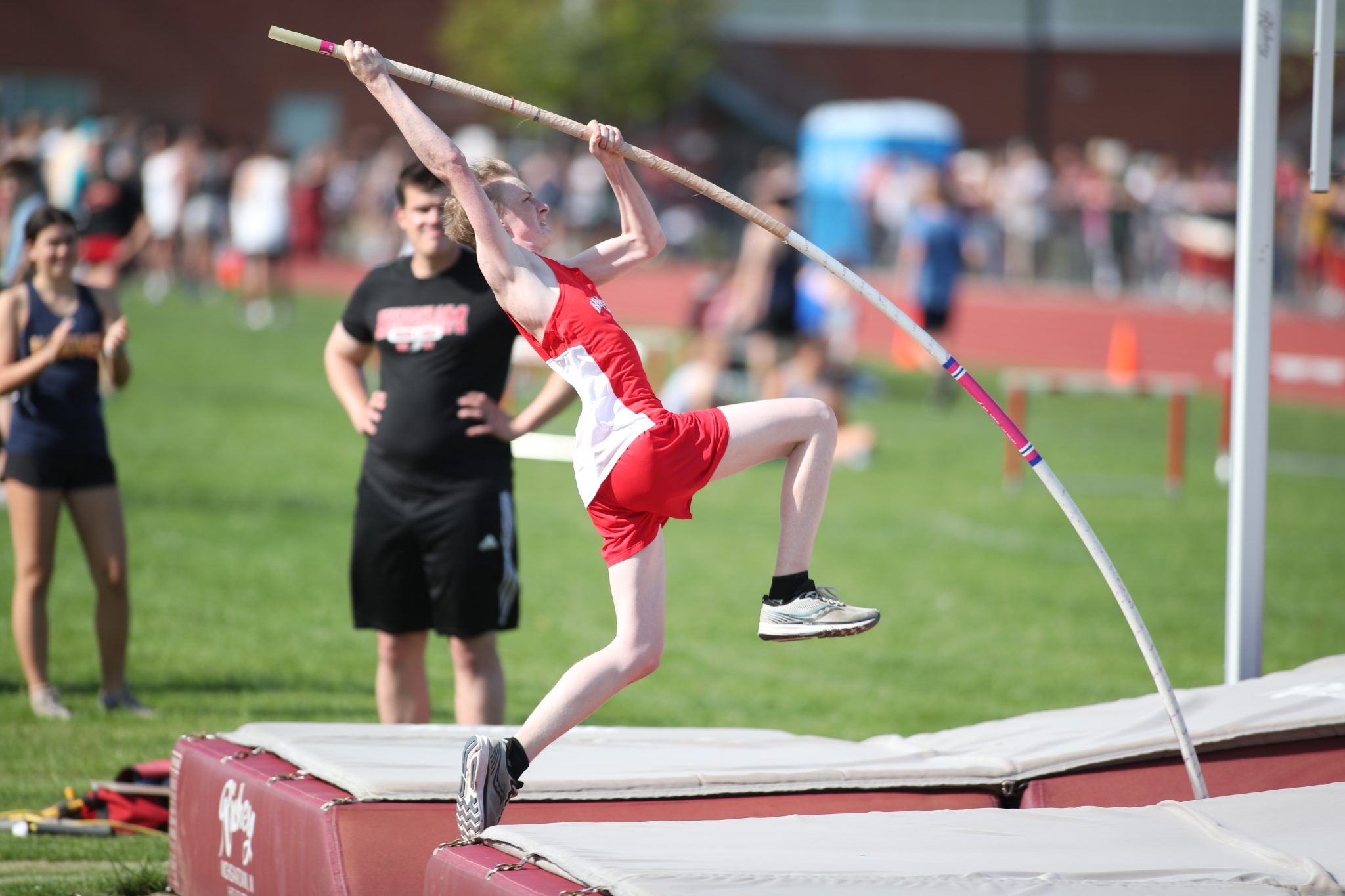 Junior Brendan O'Horo placed 5th in the D2 State meet with a high of 10 feet.

Hingham High School was host, once again, for the MIAA Division 2 Track and Field State Championship this past weekend.  Schools from all over the state came to compete in numerous events on Friday and Sunday.

The host teams did exceptionally well - boys came in third place and the girls in sixth place against some of the toughest competition in the state.

Here are some individual achievements from the meet.

Avery Warshaw won the Long Jump with a leap of 22 feet, 1 inch for his second State Championship following his win in the Triple Jump on Friday.

Avery then collected his third State Championship by capturing the High Jump with a jump of 6 feet, 4 inches.

The girls 4x400 team of Margaret Lowther, Maureen Koenen, Sarah Kelly, and Kelsey Tarby finished second with a time of 4:07.98.

The girls 4x100 team of Emma Mills, Katherine Mulflur, Katherine VanBuskirk, and Francesca Candelieri placed third in a time of 50.83.

Brendan O’Horo finished fifth in the Pole Vault with a vault of 10 feet.

The boys 4x400 team of Sam Benham, Thomas Healey, Griffin Coppola, and Bryce Botelho finished seventh with a time of 3:33.37.

Elizabeth Blackwood finished eight in the 100m Hurdles with a time of 16.82.